I’ve said this before, but I’m still a kid at heart when it comes to snow and I always wish for a white Christmas here in East Tennessee. The year we moved here right out of college, we were very homesick as we were away from family for the first time. On Christmas eve, it was warm enough that folks were out washing their cars and the prediction was for rain the next day – even more depressing. We awoke Christmas morning to a beautiful 4” snow and even though it didn’t stay around for long, it sure turned our holiday mood around.

Growing up in northern West Virginia, we didn’t always have a white Christmas, but we had many and I always loved it when we did. I've had this fantasy of living in a small town in rural New England and going out into the woods behind a horse drawn sleigh to harvest our tree - the kind of scene you see on Christmas cards. I say all this to say I really like a good snow now and then (just not the kind that knocks out our power) and especially at Christmas.

We go to a time share resort in South lake Tahoe every other year and this year we went in late February, in part to get a snow fix. There was very little snow when we got there but there were predictions of some to come during our visit. We often like to drive over to the Bay Area for a couple of days and since my daughter Wende was along and had never been, off we went. We took in a little of San Francisco, and wine country while there.

It was snowing when we left the Tahoe area with the prediction of a major storm. It snowed the entire time we were gone and we drove through a near white out coming back through the mountains. It was significant enough that Interstate 80 was closed and Route 50 was the only way back – so it was 25 mph behind a long string of vehicles all the way through the mountains. It continued to snow all night and when we woke the next day, there was 3-4 feet at the resort where we were staying – it’s at the 8000 foot level.

Back in August, I posted one of these pictures for practice when I was just starting the blog and here are a few more of an idyllic white Christmas setting. All were taken out our condo windows. 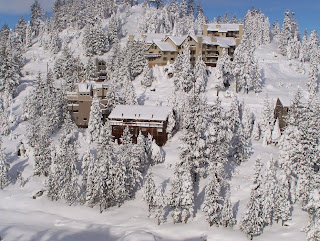 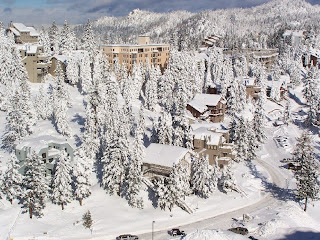 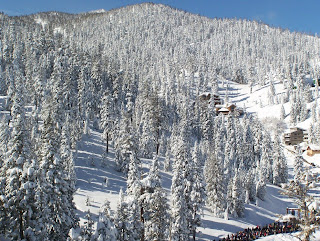 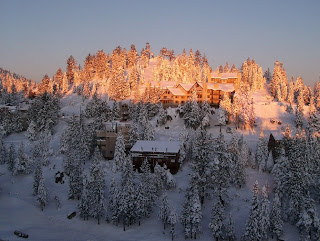 I'm certainly not hoping for this, but enough to completely cover the grass in the pasture next door would be great. So here’s wishing a white Christmas to every one who wants one.