We’re not big time Cajun food fans and I will nearly always opt for potatoes or pasta over rice, but we do enjoy the occasional dish and visit the Cajun style restaurant (Bayou Bay Seafood House) in Knoxville when it’s convenient. I like reading Cook’s Illustrated magazine in part because the engineer in me in drawn to their scientific approach to recipe development. The Jan/Feb 2010 issue has a recipe for red beans and rice, which sounded pretty good, and since I'd found some Andouille during freezer reorganization the other day, it seemed like a meal that was meant to be for last night’s dinner. 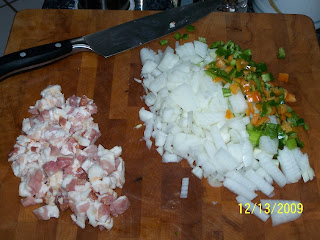 The beans after soaking over night - I just used beans labeled 'Small Red Beans' on the package. 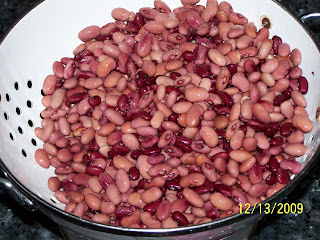 This is the spice package ready to be added. 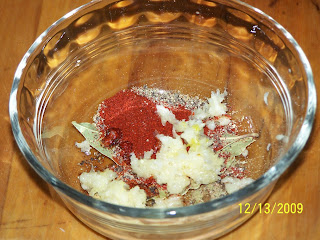 The cooking veggies and spices just prior to adding the beans and liquid. 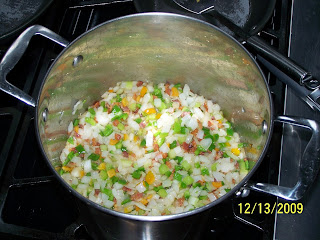 The sliced sausage. I found two different kinds in the freezer and decided to use some of both - never pass up a taste test opportunity. I think the darker one came from one of the well known suppliers in Louisiana, but I can't remember which one - it was better than the other one. 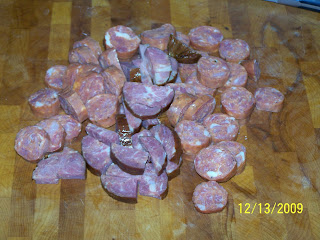 Everything in the pot and cooking. It took about an hour longer to cook than called for in the recipe. I think I was cooking it a little easier as I didn't want it to stick to the pan. 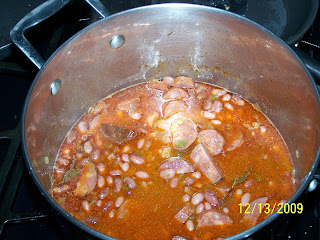 Here's my plate - I should have not used the flash. 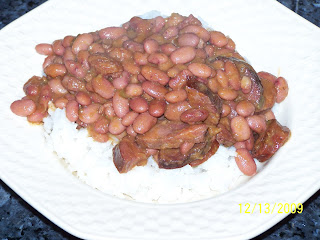 It turned out very good and I’d definitely cook it again - leftovers for lunch today . Surprisingly, Bev said it was a little warm for her and I added some extra heat to mine, which is the reverse of normal for us.

Have a great day and I love to get comments.