Cindy saw this recipe on line at tasty.com, volunteered to make it for us and we quickly agreed – even without seeing the recipe, I was sure I would like it just from the name of the dish.  If you look at the website, it even had a short step-by-step video which you should watch before making the dish.  Here's a web shot of how it should look. 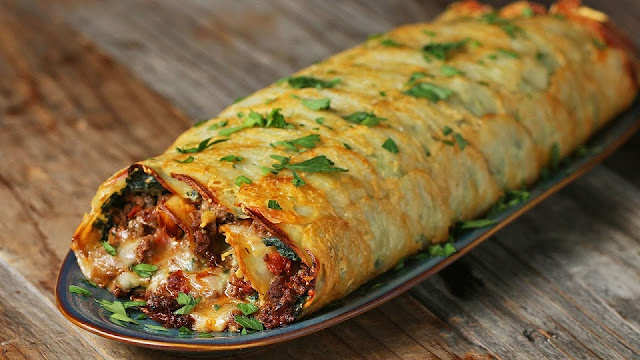 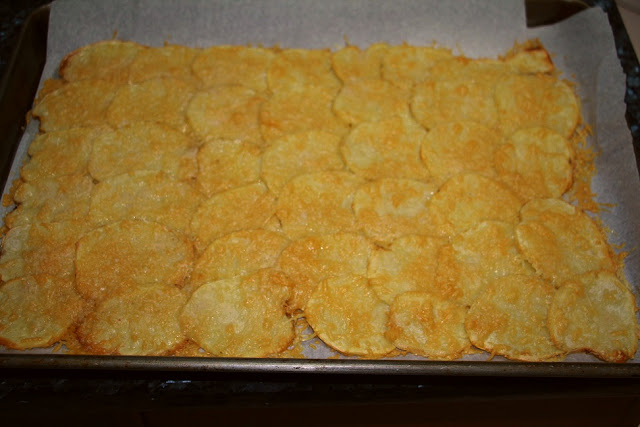 6. In a skillet heat 2 tablespoons of olive oil over medium heat. Once the oil begins to shimmer, add the onions, and cook until caramelized, about 15 minutes.

7. Add the beef break up and mix with the onion until cooked. Mix in the tomatoes, 3 tablespoons of parsley, paprika, 1 teaspoon of salt, and pepper. Stir, cooking until the beef is browned and cooked through. Remove from heat. 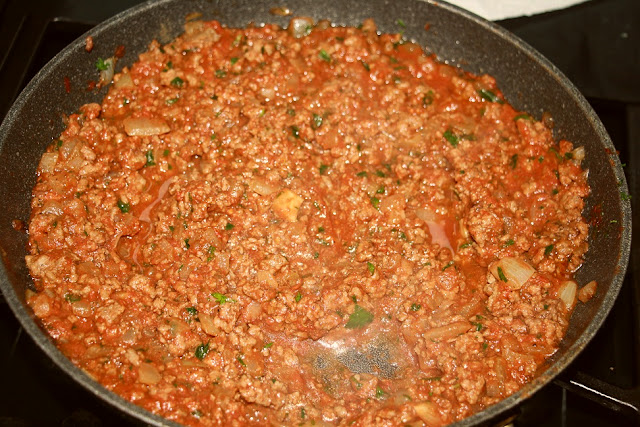 8. In a skillet heat 2 tablespoons of olive oil over medium heat. Add the spinach, cook until wilted. Add 1 teaspoon of salt and the garlic. Stir to combine. Remove from heat. 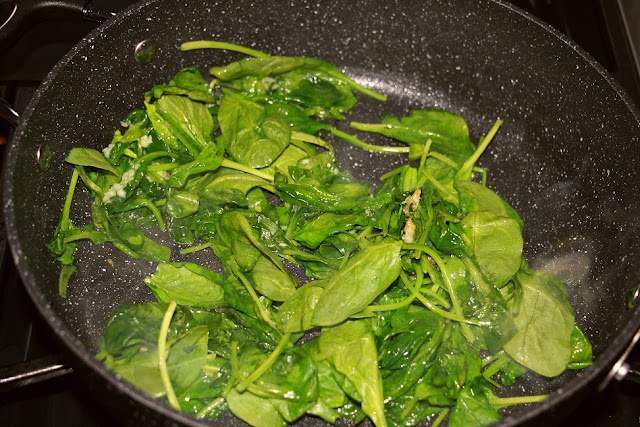 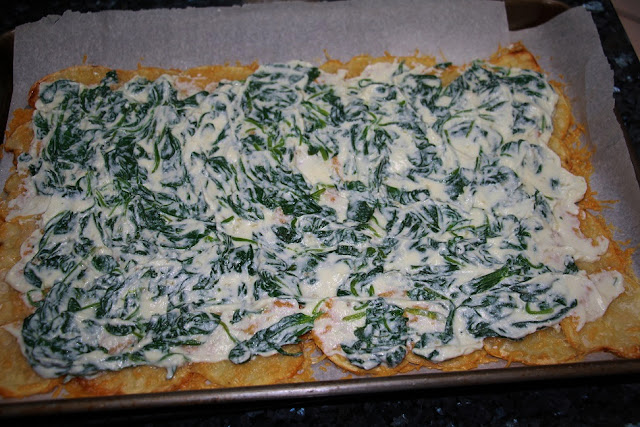 11. Evenly spread the beef mixture over the spinach. Sprinkle mozzarella over the beef. 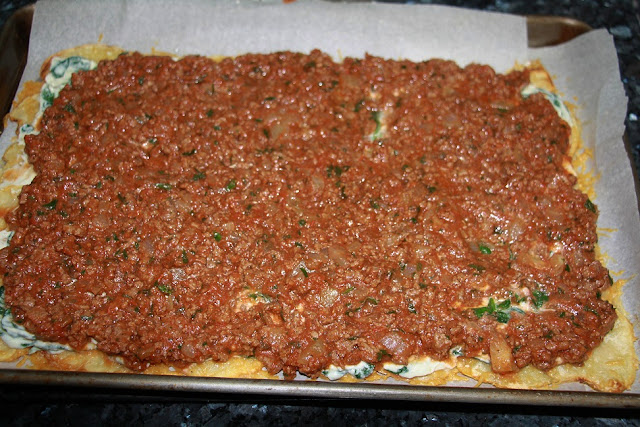 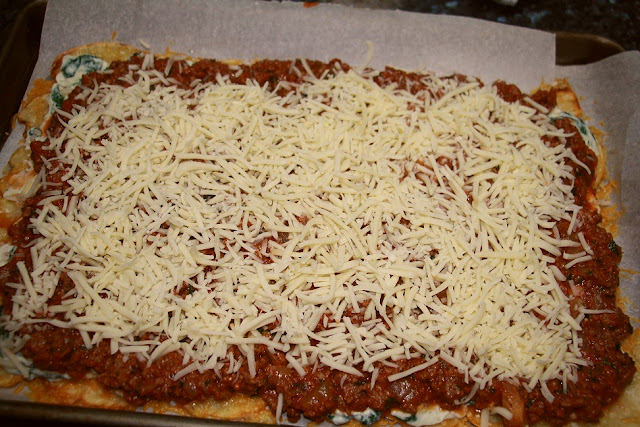 12. Take one end of the potato sheet holding the parchment paper begin rolling upward, making sure the ingredients are not coming out the ends. 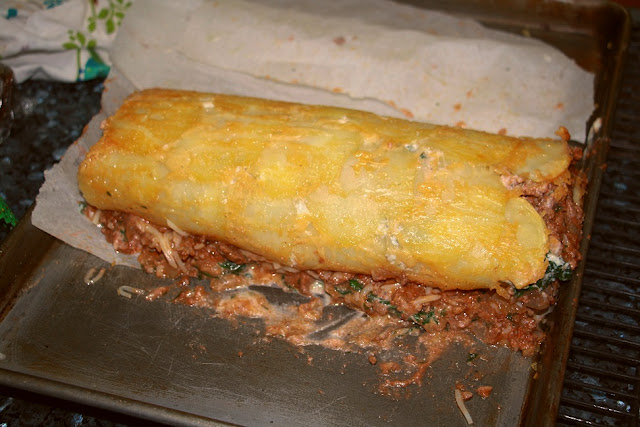 12. Once it is completely rolled place the potato roll on the parchment paper and bake for 15 minutes. 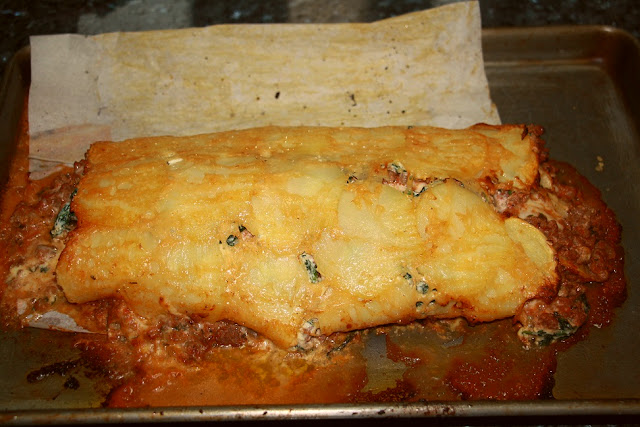 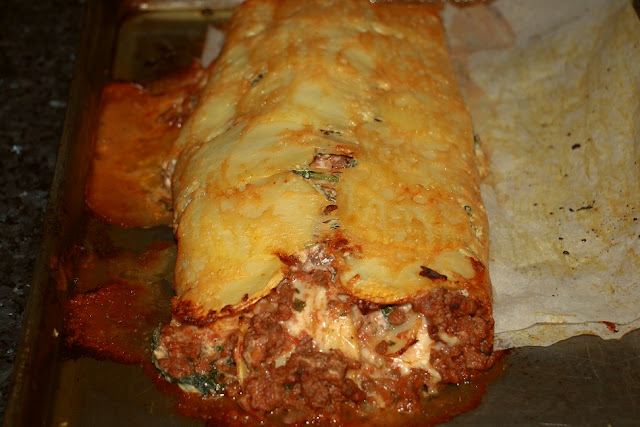 13. Sprinkle with parsley for garnish (oops, forgot it). Slice and serve immediately. 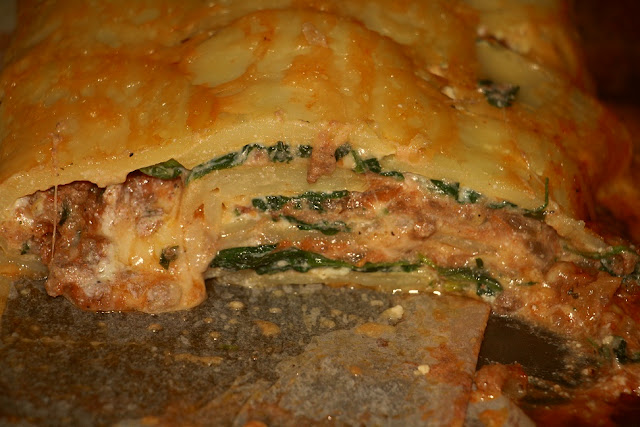 We all thought it was delicious and a definite keeper recipe.  Cindy used a full can of tomato sauce rather than a can of drained diced tomatoes which made her sauce too runny and gave her too much.  It didn't impact the flavor much but it made it run out the ends.  A couple of other notes:  Make sure the potatoes are well overlapped as shown in the video or it can come apart as hers did and I think Russet potatoes would work better than the waxy ones we had on hand as they will get softer when baked for easier rolling and their extra starch will help them stick together better.

Here’s another recent meal using the Wurst Kitchen’s TPO (tomato, pepper, onion) sausage and our home grown peppers – grilled the sausage and fried the peppers in a hot pan for a little caramelization to satisfy Bev.  It was delicious. 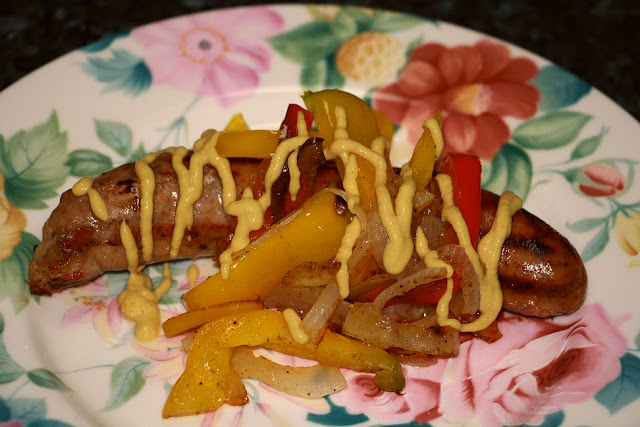