Katelyn and Tyler Come To Visit

When Kathy and her clan visited us in June from San Antonio, her oldest daughter, Katelyn, was taking a summer class at Texas A&M, but when it was over, she and boyfriend, Tyler decided to make a trip on their own stopping first at her aunt Wende’s in Oak Ridge then coming to Almost Heaven South.

Our old jet ski had finally died so they went paddle boarding a couple of times instead, but she did come with a wish list for food and activities.  Capt Big Dude and his first mate. 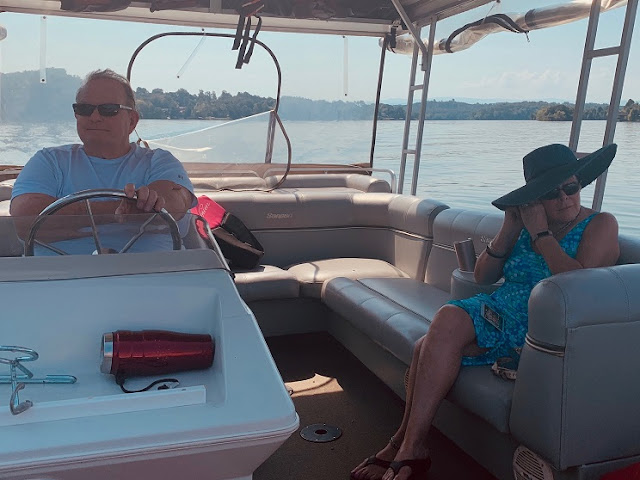 She wanted fish and hush puppies so we deep fried a mess of crappie along with a couple of whitefish fillets and a piece of Halibut (since it was still dry, I have officially given up on halibut as there are too many others I really like).  The other fish and the puppy's were delicious.

Her second request was BBQ and I used the smoker box on my Weber grill for the first time to cook a pork butt and it turned out excellent so we used it for two meals.  Her final food request was for fruit pizza which turned out great as always. 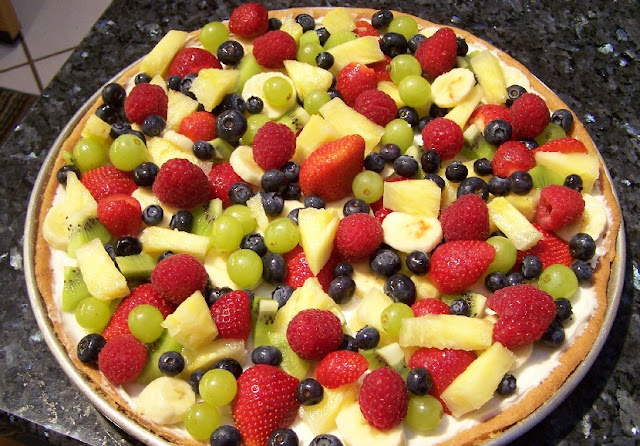 Her other request was for a boat ride to a restaurant and it ended up being Calhoun’s as all of the nearby ones were closed on Tuesday - I'm at the helm above and they are enjoying the ride. 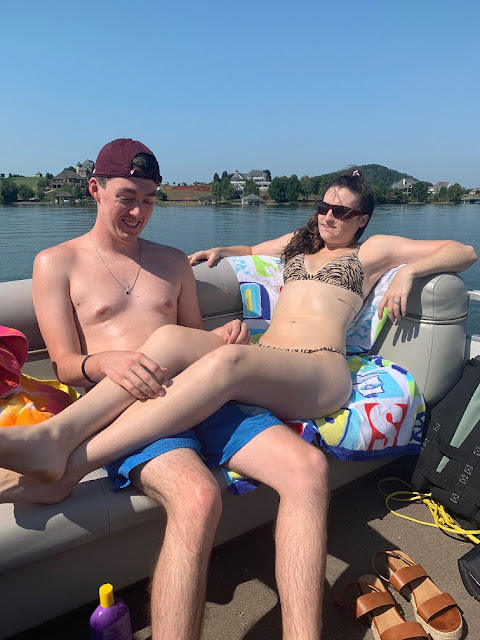 I’m glad we were forced to Calhoun's as four of us had their fish and chips and the fish was excellent, as always and much better than the BBQ that they are known for - I would love to have their fish recipe as the batter is super good and the fish nearly melts in your mouth.  Cindy had the blackened salmon which she raved about. 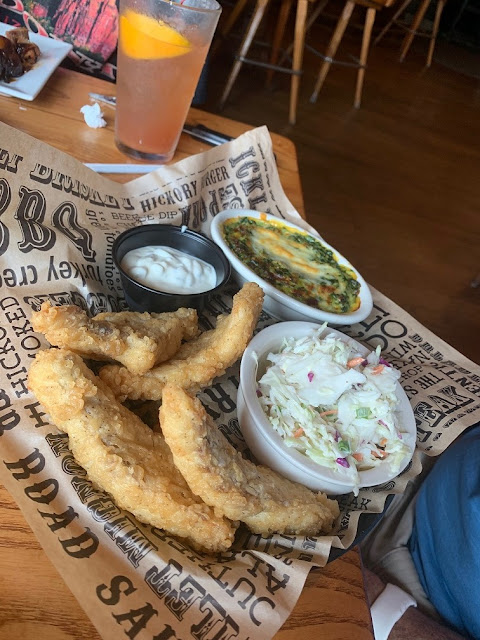 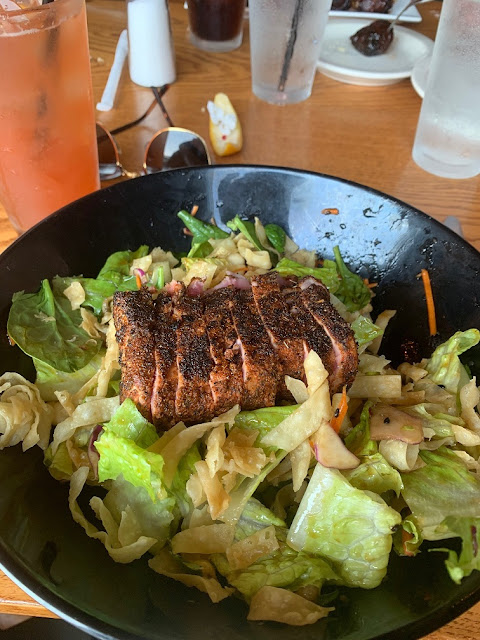 Friends, Russ and Kathy, joined us for lunch and rode his jet ski so the kids could ride it home. 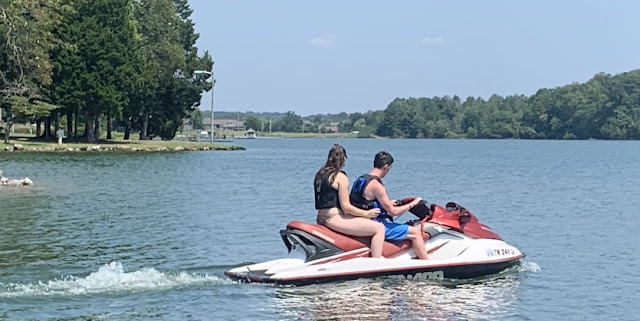 The one thing we wanted to do for them and Cindy was drive The Dragon (US-129) up to Tapoco Lodge for lunch and as always the meal was great, beginning with onion rings for the table then fish tacos for Cindy, a Greek salad (again) for me, and Slick Rock Pizza for the others. 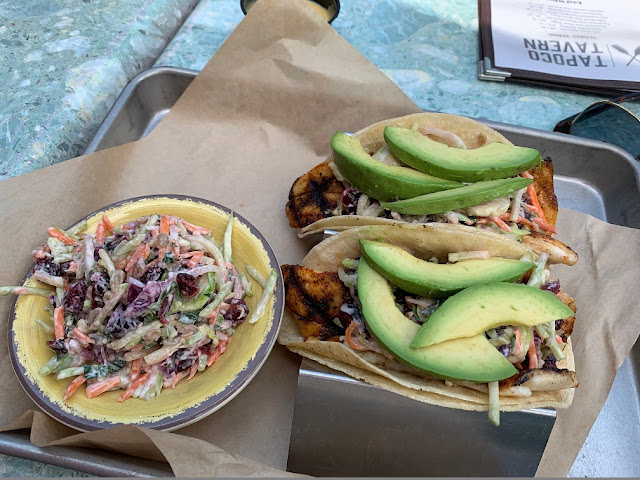 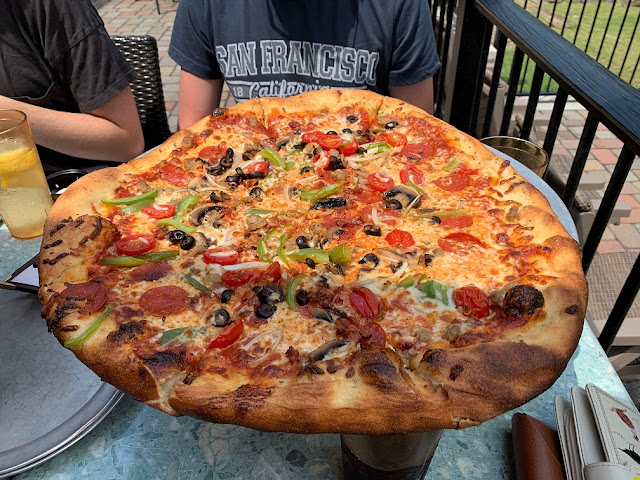 From there we returned via the Cherolala Skyway (NC-143/ TN-165) where we saw some pretty but hazy scenery but got a nice surprise.  The temperature at Tapoco was near 90F, but when we got to Hooper Bald Trailhead on the skyway at 5290’, it was a very nice 73F – I wanted to move up there for the summer. 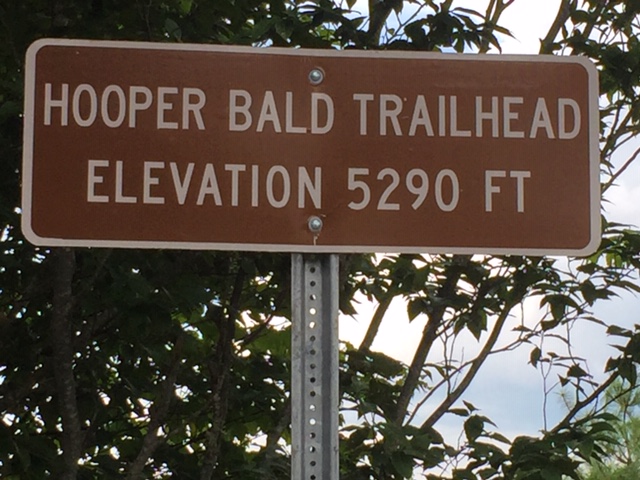 When we got down to Tellico Plains, it was 93F and coming thru Vonore, in traffic, it was 99F.  Hard to believe the 26F temperature difference.

Katelyn and Tyler seemed to have a good time, I thought it was a very nice visit and we think it's special that the grown grand kids still want to visit us.