Our friends Dave and Laurie came over for an afternoon visit and since I’d seen, Pam’s blog post for a tomato galette, we decided to serve it as a little snack but then Bev, the non-recipe follower, engaged her memory to say “remember those individual tomato pies we made several years ago?  I think the stuffing for them was great so we should use it in this recipe.”  I looked it up and since we raved about the pies, I decided she was right.  So we opted to make one by her inspiration and one from Pam’s recipe and have a taste test.  This is our version of her recipe. 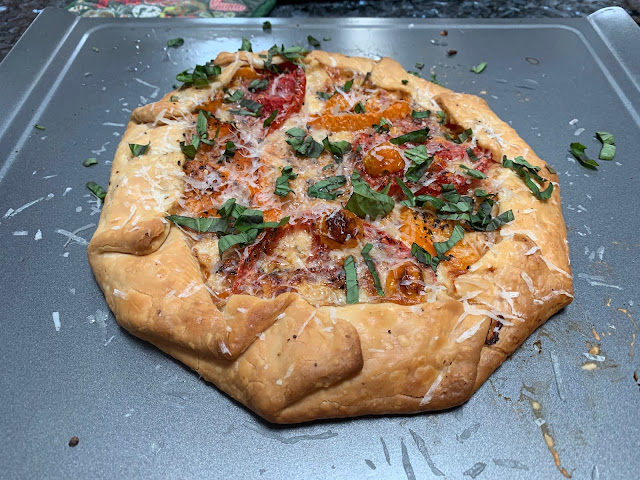 Below is the recipe for Bev’s and please check out Pam’s For The Love Of Cooking blog for her original recipe.  The primary difference was the use of mayo in Bev’s and we added the parmesan to the top after baking rather than in the filling along with chopped basil.

TOMATO GALETTE - Adapted from For The Love Of Cooking

Instructions for both:
1. Place the tomato slices on a few paper towels then season with a little bit of sea salt on top of each tomato slice.
2. Flip the tomato slices over and season the other side with just a bit of Salad Supreme on each slice. Place a couple more paper towels on top and let them sit for 30 minutes to drain juices.
3. Preheat the oven to 400 degrees. Line a baking sheet with parchment paper. (Larry just used non stick baking sheets)
4. Roll the pre-made pie crust out on the parchment paper.
5. Brush the pie crust with olive oil then sprinkle with shredded mozzarella cheese (or cheese and mayo) leaving about a 2 inch border. 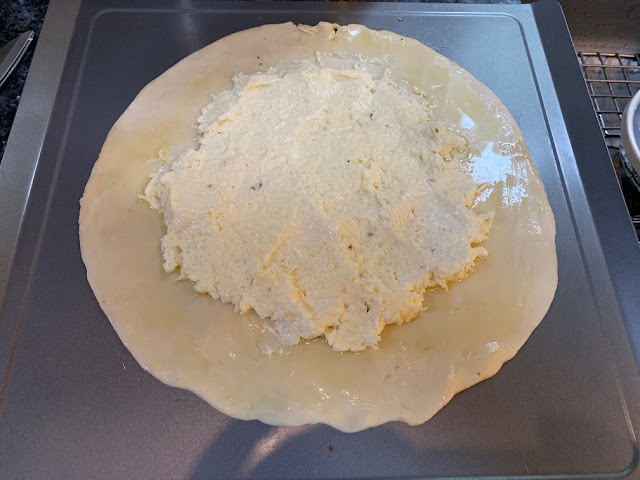 6. Layer the tomato slices and grape tomato halves over the cheese then season with freshly cracked black pepper, to taste. 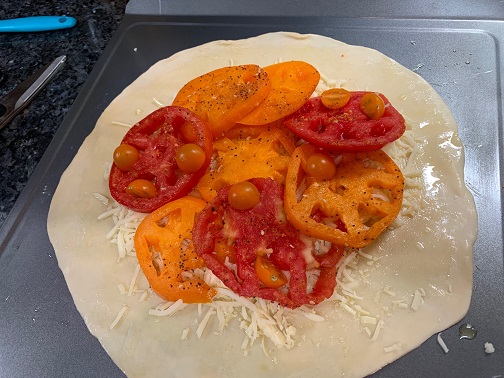 7. Gently fold and pleat the dough over the tomatoes. Brush the edges of the folded pie crust with a bit of olive oil, if desired. (This will take a little practice for me to make it pretty) 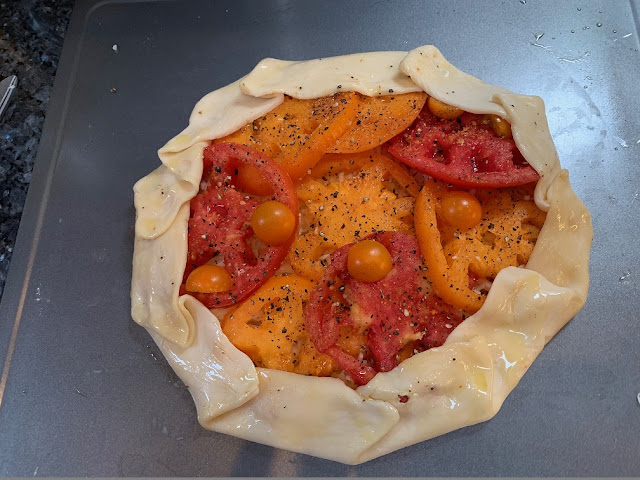 8. Place into the oven and bake for 35-40 minutes, or until the crust is golden brown.

9. Remove from the oven and top with chopped basil leaves and freshly grated Parmesan.  This is the one with mayo which leaked out. 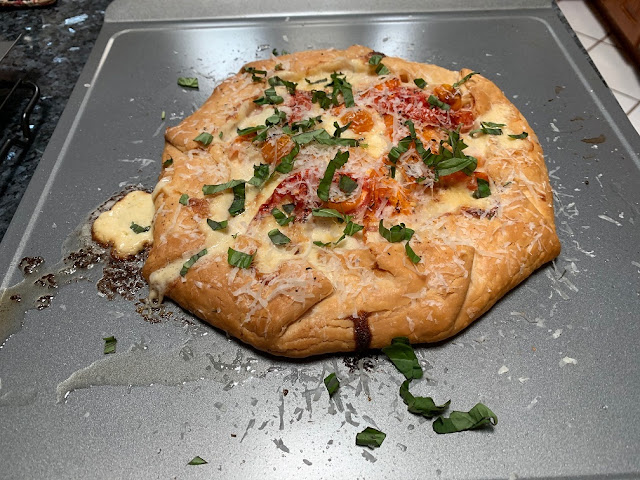 Both were a major hit with everyone but the consensus favorite was Pam’s since the addition of mayo had very little impact on the flavor and it made the filling runny.  Using the frozen pie crusts (which were flaky and delicious) made the process very simple and we will be looking for other fillings soon.  Thanks again Pam.