As a person who was born on Friday the 13th, I’ve never been superstitious but this is a good excuse to make this dish at least once a year and there is no reason to take any chances just in case good luck is involved.

I looked at several online recipes and most include some type of pork, veggies, the black eyed peas, spices, and liquid all cooked together and served over rice.  But when I read Steph’s recipe on her Plain Chicken blog, the idea of cooking the rice with the peas and using a smoked sausage really appealed to me.

I made half her recipe with a few changes to arrive at this: 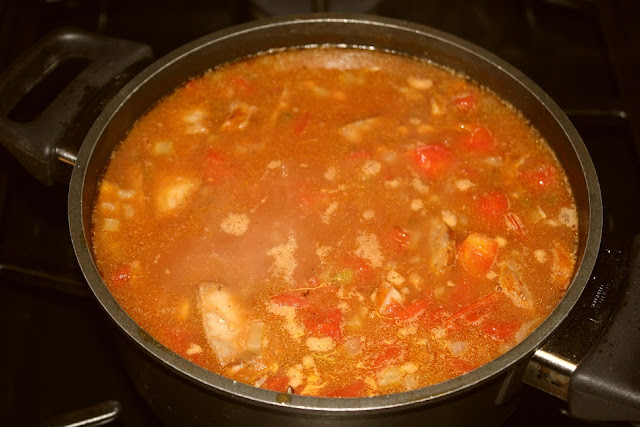 4. Stir in rice, cover, and simmer until it is tender
5. Adjust seasoning and add liquid if necessary 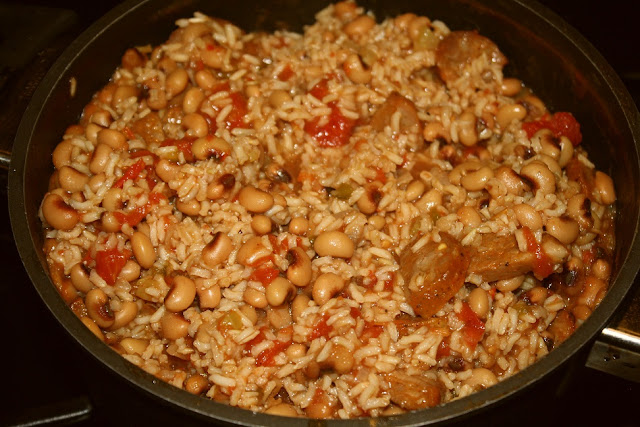 We all thought it was very tasty and a good way to get our lucky black eyed peas – the combination of the andouille and Rotel gave it a nice heat and I especially liked having only one pan to clean.

Bev also wanted to have some brats so we fried some Kreger's Saints along with peppers and onions for a very good addition to the meal. 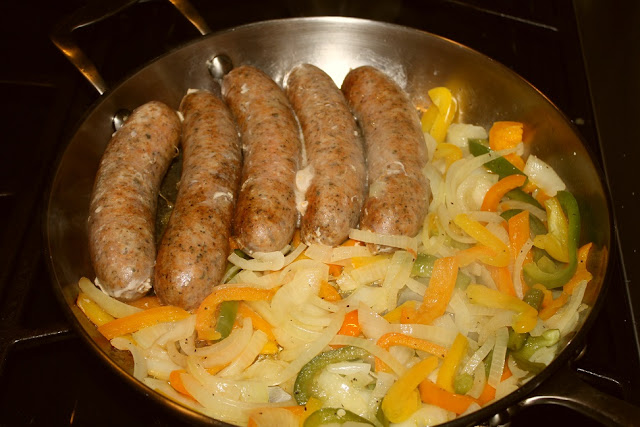 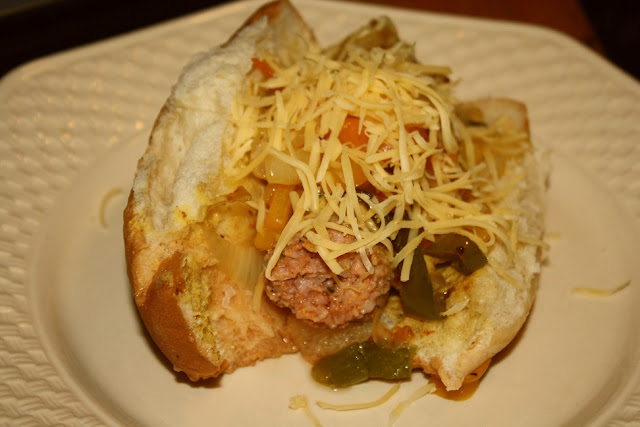 Kreger's is a 123 year old meat market and sausage maker in Napierville, IL where son, Eric, lives and he brought us a variety of brats.

A brief rant: After watching several bowl games over the holidays, I hate what TV has done to college football.  It is now just another telecast containing about 3 hours of commercials and talking heads, occasionally interrupted by 60 minutes of football.  If I could not record them and fast forward trough the 3 hours of stuff I don’t want to see, I could not stand to watch the games.  Just another case of “it’s all about the money.”  Rant complete.

A funny:  I'm watching the local news on Thursday night before there is a small chance we could get a little snow and they are doing a live report from the local TDOT salt storage area - only in the South.  Those of you living in snow country would likely spend the winter chuckling if you spent the season here.  We actually did get a couple of inches on Friday night. 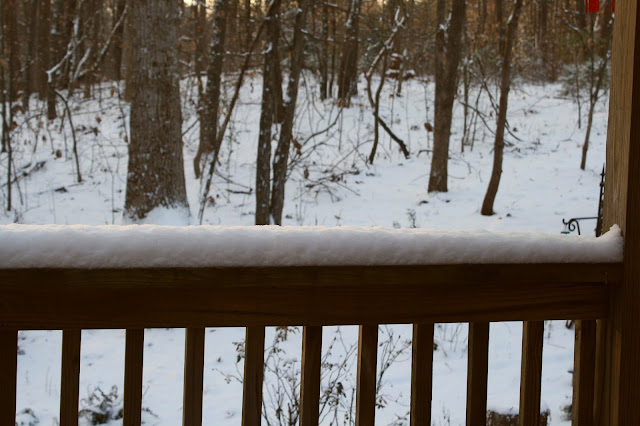 Romeo update:  Our new family member is definitely moving in and seems to have fully adopted us and forgiven us for making him an IT.  I'd told Bev I thought he was the smartest dog we've had and he made a little confirmation last night when he came into the living room carrying his empty water bowl.