We left the WaKeeney KOA on Tuesday morning and headed for Denver traveling I-70 to Limon, CO where we took CO-86 over to Castle Rock.  Except for some rough road patches on CO-86, I enjoyed the back road and we got to see some real SE Colorado ranch country. 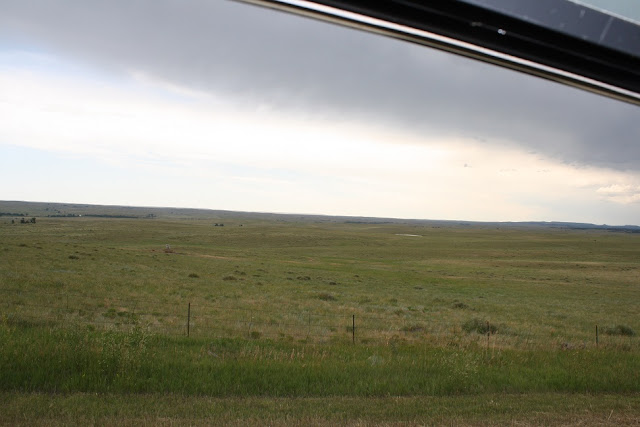 From Castle Rock we went north on US-85 and came in the back entrance to Chatfield State Park – I think this route saved us both time and distance verses taking the interstate the entire way.

We had two Sweetie issues along the way – during my walk around at a rest stop, I discovered a bolt had broken that holds the large rear mud flap and we’d been dragging it for who knows how long.  When we got to the campground we discovered that the plastic insert from one of the trim pieces was completely out so both of these will need to be dealt with before moving on.

This is our second stay at Chatfield and I can’t imagine a better place to camp in the Denver area - the park is part of an Army Corps of Engineers dam to control flooding on the South Platte River and it had to perform its job not long ago by holding back so much water that part of the campground was flooded.  This is a morning shot of our site, no. 170, and I really like that we have afternoon shade.  Look hard and you can see my morning set up in the back complete with coffee maker, computer, and for this morning, a blanket. 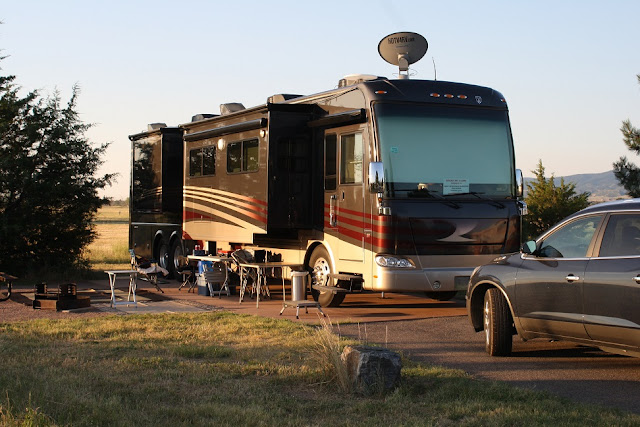 After getting up to 99F temps and high humidity in the KC area, it was nice to need a warm-up suit to sit outside in the dry, cool, early morning temps here in the mile high city.  Our first day here, the girls went shopping and I spent the day recovering from driving out here and watching the dogs of course – Pat’s new puppy is a real piece of work.

The plan for our second day in Denver changed from a drive into the RMNP (Riley wasn’t really interested) to running some errands and a trip to Casa Bonita for a good meal in an interesting restaurant. The errand running went fine but the meal was kind of a bust - the restaurant is very unique and popular with tourist as evidenced by the license plates in the parking lot.  Casa Bonita is a former chain of Mexican-themed "eatertainment" restaurants which originated in Oklahoma City. As of 2015, only one location remained open, in the western Denver suburb of Lakewood, Colorado.  Here are some shots from the web: 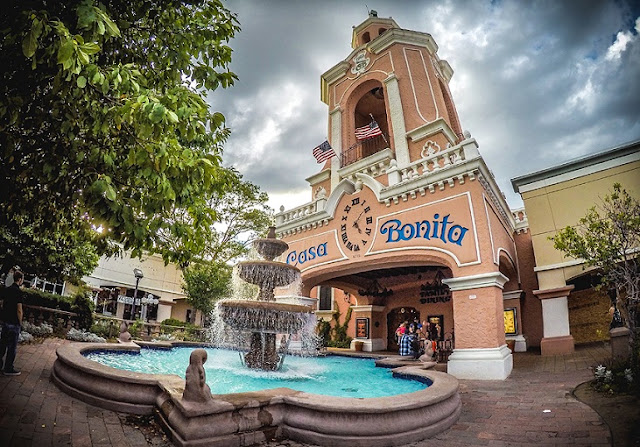 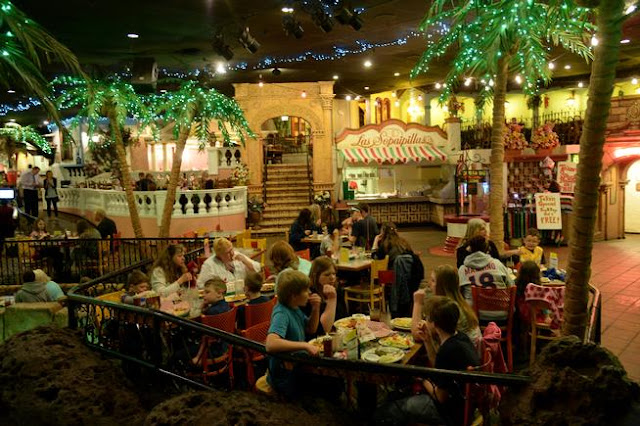 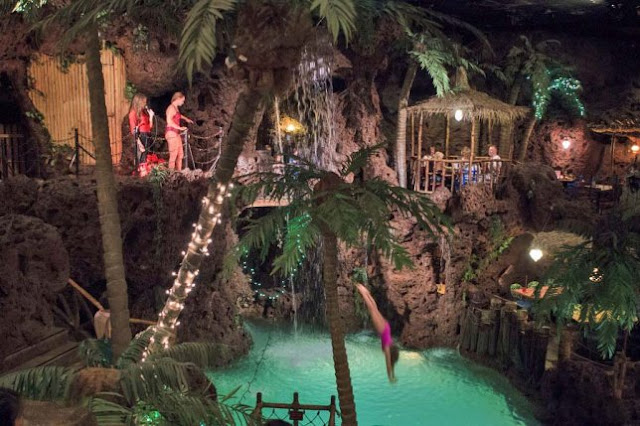 I had eaten at the one in Lakewood and Beverly the Oklahoma City one each 30-35 years ago and we both had really memorable experiences. Like many places, they change for the worse over time and so it was with Casa Bonita.  The food was classic tourist fair – high prices for mediocre food and the dive show wasn’t much.  Oh well, at least Riley can say she’s been-there-done-that and none of us will need to go back.

After lunch, we drove up into Red Rocks Park hoping to see the amphitheater but they were already seating people for the night’s concert – The Avett Brothers (whoever they are).  Dolly was here earlier in the week and it is obviously very popular as most of the near term shows are sold out – about 9500 folks.  A couple of shots from the web: 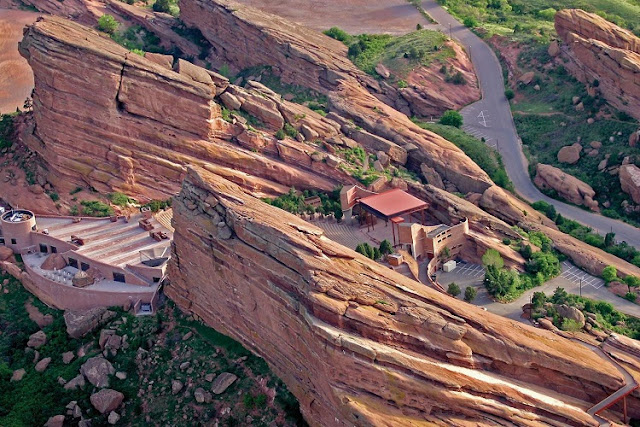 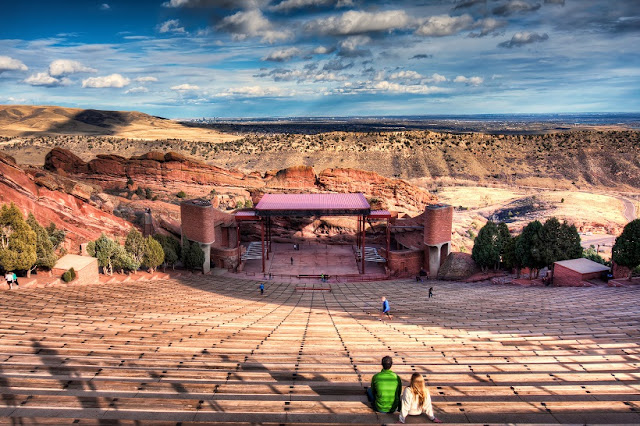