After I published my last post, we had an unexpected event at Duck Creek RV Park – a transformer failed and shut down power to the campground about 7:30pm, shortly followed by the start-up of a lot of generators to keep the AC’s running as it was still in the mid-90’s.  The power company had it fixed about 10:30 and the silver lining is that it happened late in the day when the sun was setting and temps were going down.

We left Paducah about 9:15 am and headed for Columbia, MO for an overnight stop at CottonwoodsRV Park.  The trip was uneventful, the roads were all decent and traffic in the St. Louis area was heavy as expected – all-in-all a pretty good day.  Cottonwoods is about 25 years old and built before the 45’ coaches of today so it is pretty tight getting in and out but we did make it with me driving and all three of the girls watching potential problem areas.

From Columbia, it was an easy 135 mile drive over to the Kansas City area and our stay at Longview Lake County Park, located south of KC - just off of I-470.  This is one of three campgrounds associated with a lake and run by Jackson County Parks and Rec.  Longview Dam was completed in 1985 as part of a flood control project on the Little Blue River and the lake sits on a portion of Longview farm which has been described as the most beautiful farm in America.  We chose this campground as it was a little closer to our friends house than the Oak Grove KOA, where we stayed the previous two times, and it didn’t require driving through downtown KC.

The campground has a gated entry, paved roads, and gravel sites.  Our site 68 was reasonably level, plenty large enough for Sweetie and the car, and mostly shaded, which eliminated the use of the satellite TV and with no cable or local reception so we had no TV period – probably good for us though.  After tripping the 50 amp breaker and talking with the campground attendant, we learned that the power system was only equipped to run two of our three AC units at a time so thank goodness for the shade in the high 90F temps.  These are some shots around our site. 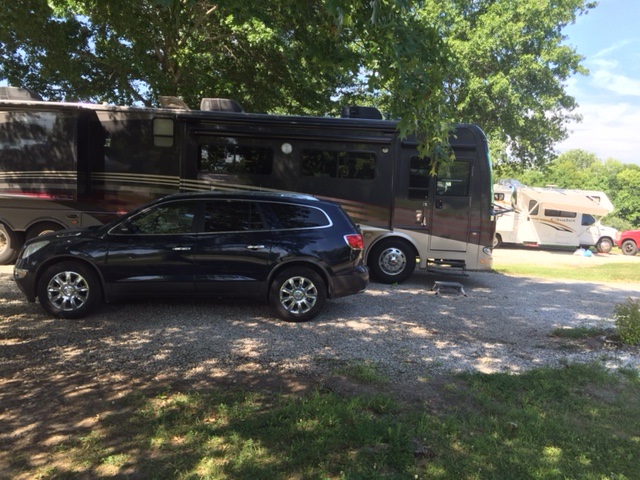 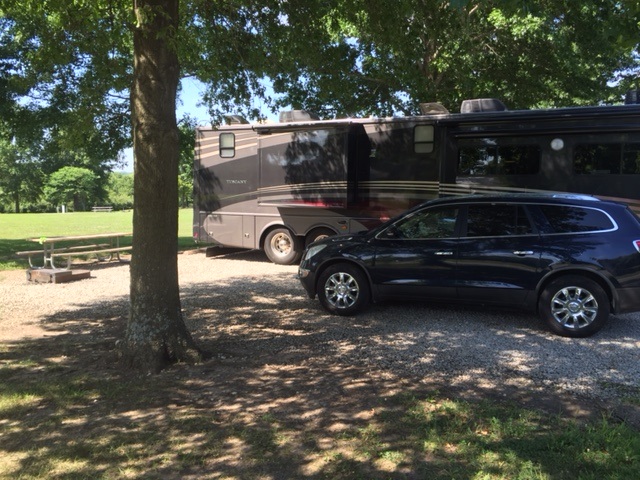 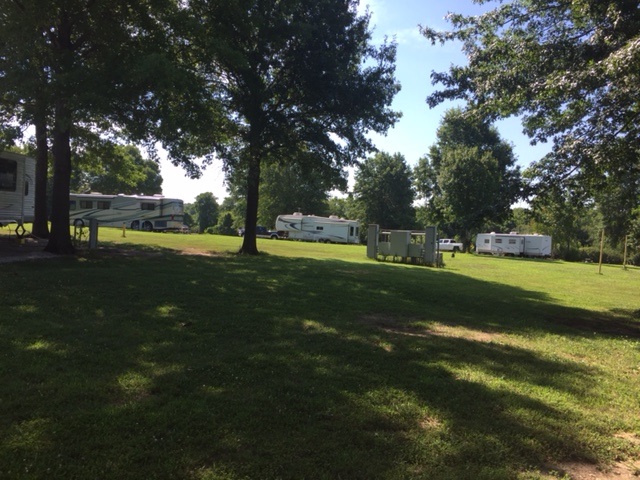 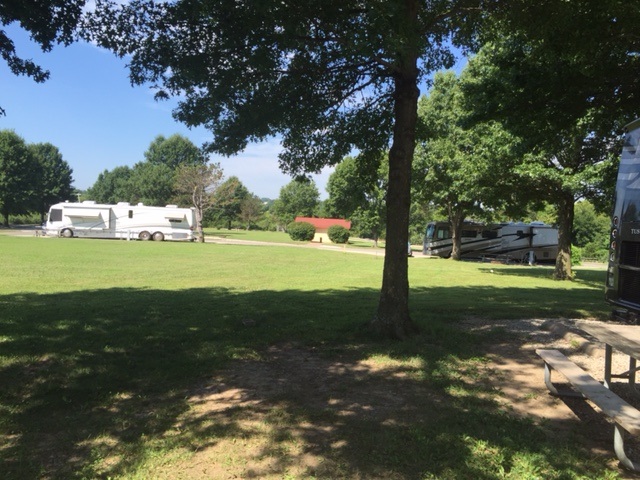 While it was a little more convenient for us the TV and power issue would keep me from staying there in the future.

Campground issues aside, the real highlight and reason for stopping in KC was to visit with friends Dave and Jackie and once again partake of Dave’s fine cooking and, as usual, he didn’t disappoint - you can check out Dave’s food porn and recipes at erecipecards.com.  I only got pics of two of his three appetizers and they were all delicious.  First was deviled eggs topped with shrimp, second was bacon wrapped chicken and third was a miniature caprese salad on a stick – a small red tomato, stuffed with a piece mozzarella cheese and a basil leaf, all on the end of a 6” wooden skewers (I hate I missed the shot of these.) 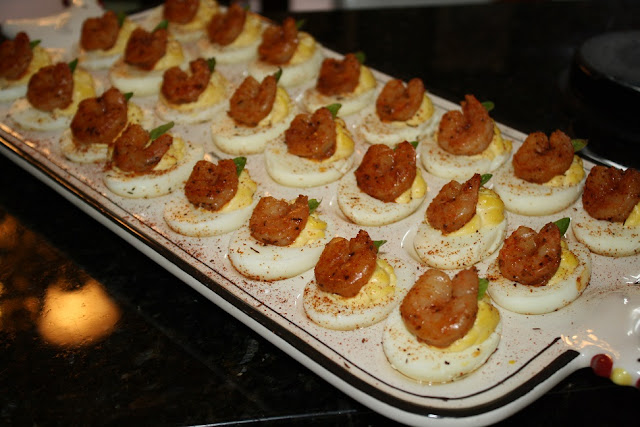 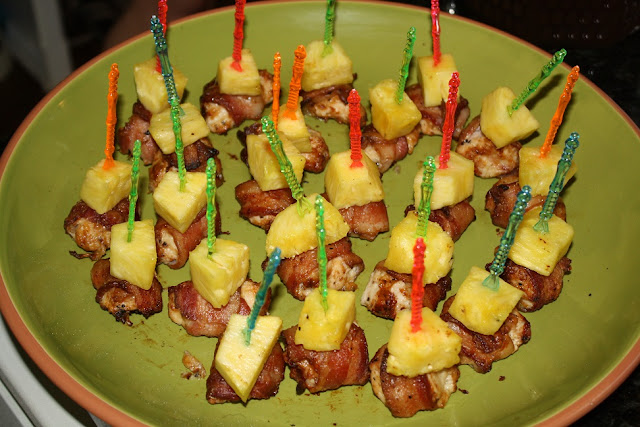 I was busy visiting and got no shots of the remainder of the meal but it consisted of grilled London broil, corn salad, and potato salad and topped off with lemon ice box pie and homemade whipped cream.  It was a great meal, as always – thanks Jackie and Dave for having us into your home again.