Our first day got underway at a respectable 9:15am and we headed west on I-40 to Nashville, then west on I-24 to Paducah, KY.  There were four of us on the first part of the trip – Bev, Pat, and me, of course, and we were joined by granddaughter Riley for the first two weeks – at 14, she is Madison’s youngest sister.  It was a 310 mile trip to Paducah for a two night stay in Duck Creek RV Park located southeast of town.  The park is conveniently located about a half mile north of I-24 on KY-1954 and it’s about 10 minutes from downtown and a couple of minutes from Walmart and other shopping needs. 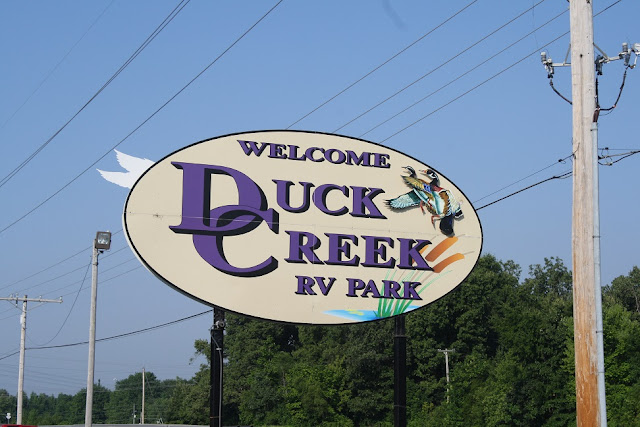 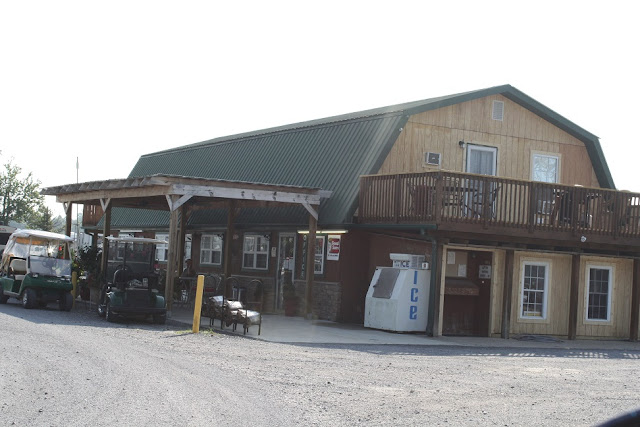 In my mind, in order of increasing niceness and amenities are campgrounds, then parks, and finally resorts and I would place Duck Creek at the high end of campgrounds – I think of parks as having paved patios or parking spots or both. The roads and parking sites are gravel and very level with plenty of room and some grass between sites.  The utilities worked well as did the 24 channel cable TV and the wi-fi was better than normal for RV parks.  Check-in was quick and easy and the office guy was very friendly – we paid $70 for our two nights.  This is our pull-thru site and a shot down the row. 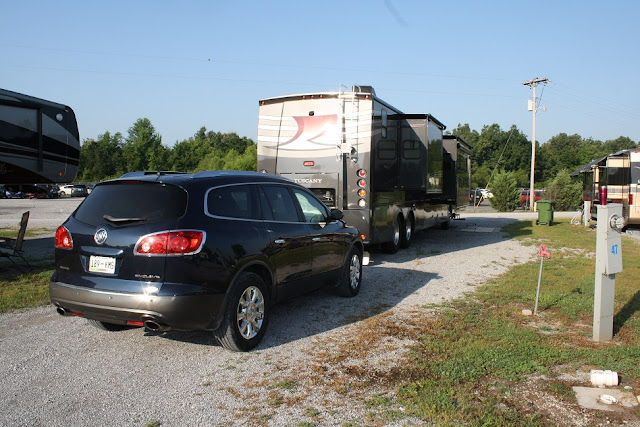 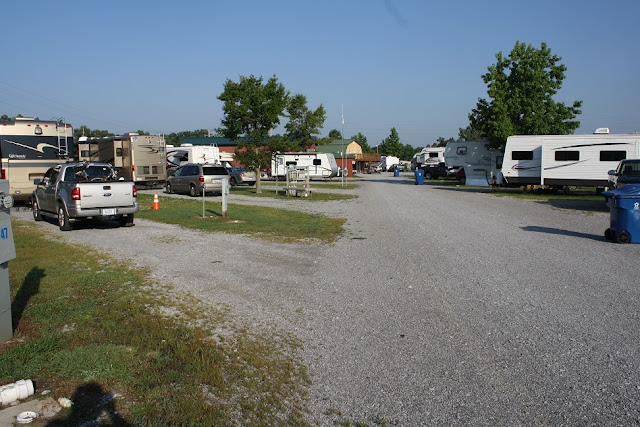 While not a destination park, Duck Creek was nice and plenty adequate for our two-night visit - I would stay there again.

Paducah, with a population of around 25,000, is located on the Ohio River at it’s confluence with the Tennessee River where it has served as both a river and a railroad hub over the years – the Paducah and Louisville Railway is headquartered there.  It is also known as Atomic City for it’s uranium enrichment plant and as Quilt City for the National Quilt Museum.

In 1937, the Ohio River flooded the town and as a result, the Corps Of Engineers built a 14’ tall flood wall which now protects the city – completed in 1949.  The wall has 47 openings in it and plates come up from below to seal them.  The total flood control system is 12.25 miles long with 3.25 miles of wall and the remainder as levees. 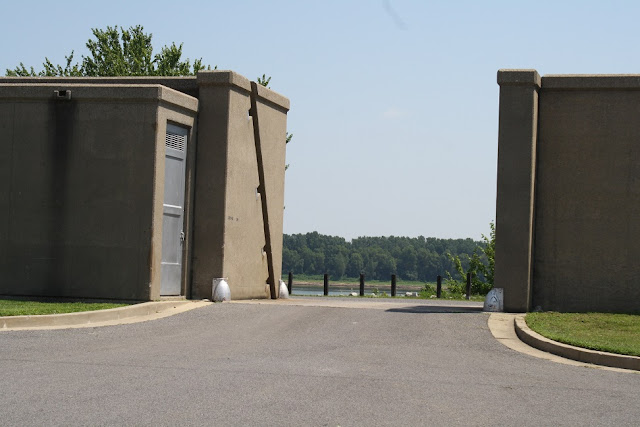 In 1996, the Paducah Wall to Wall mural program was begun by the Louisiana mural artist Robert Dafford and his team on the floodwall in downtown Paducah.  They have painted more than 50 murals addressing numerous subjects, including Native American history, industries such as river barges and hospitals, local African-American heritage, the historic Carnegie Library on Broadway Street, steamboats, and local labor unions.  By 2008 the mural project was completed and being maintained.  Muralist Herb Roe returned to the city each year to repaint and refurbish the panels. 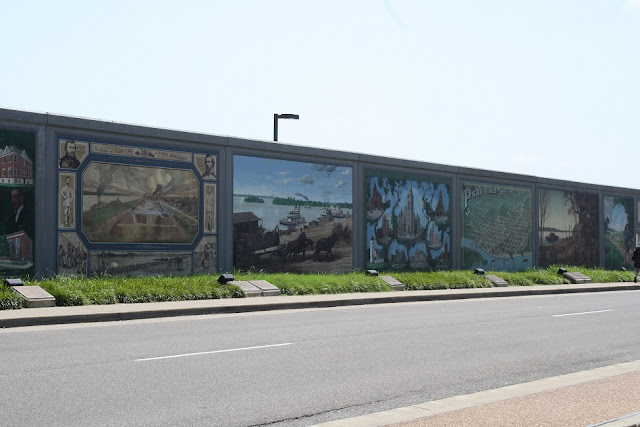 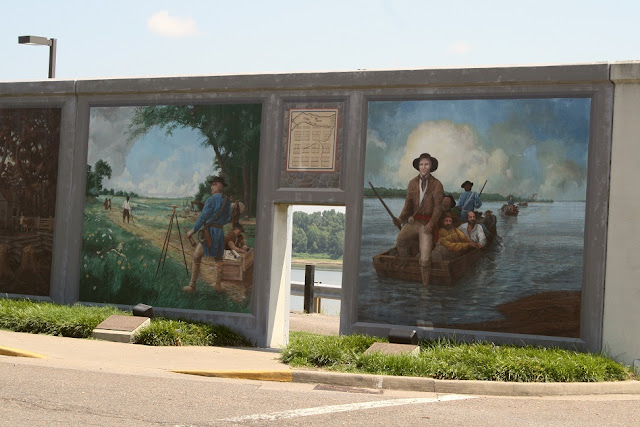 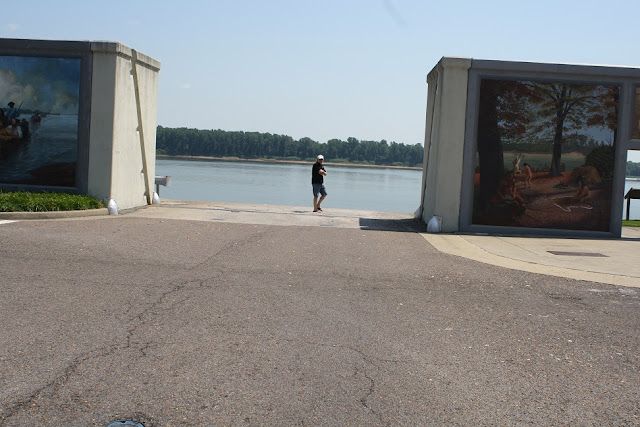 Like many older American towns, Paducah is revitalizing the downtown area, with a slant toward artists, in an effort to attract locals and tourists.  These are shots of Broadway in the historic downtown area. 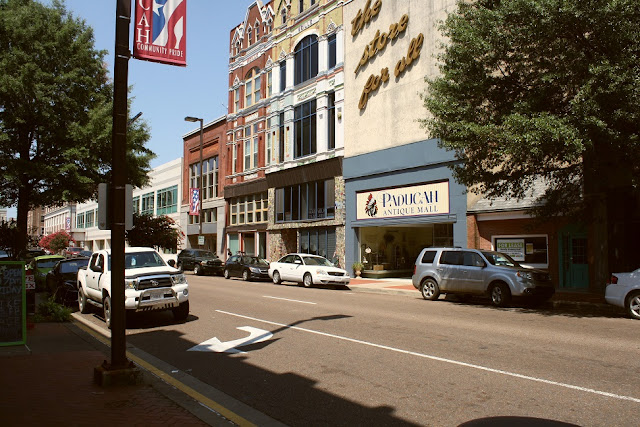 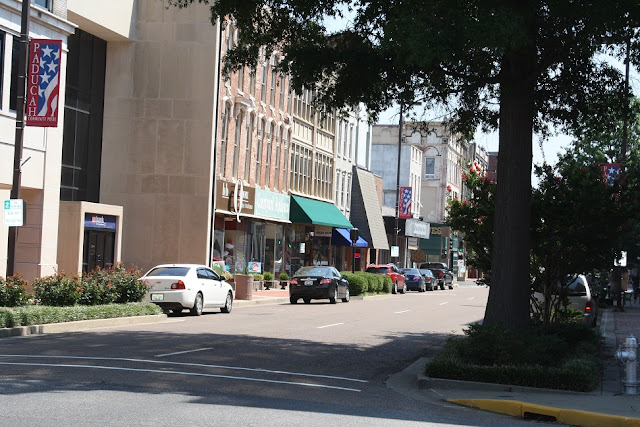 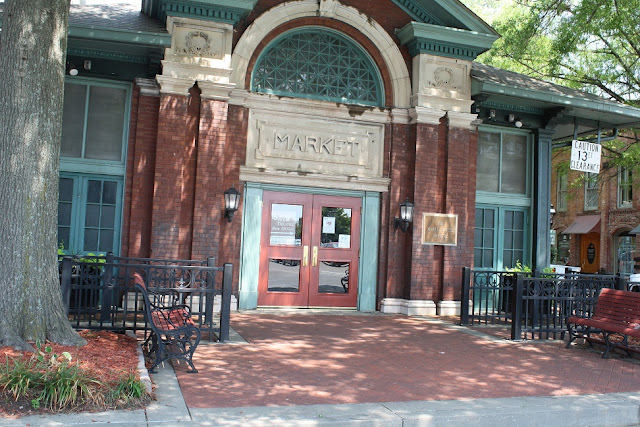 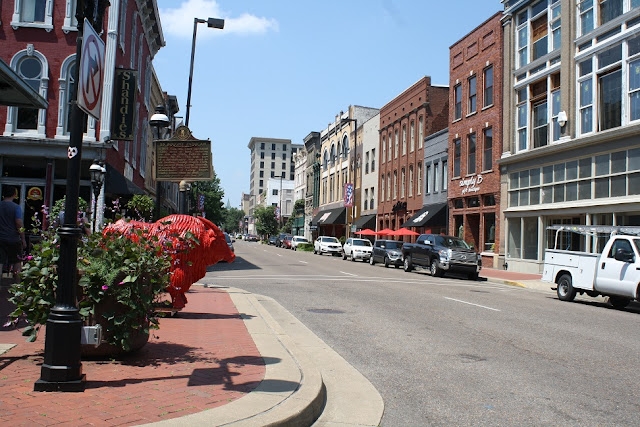 We tried the Goldrush Café in downtown for a late breakfast on our full day in Paducah.  Granddaughter Riley had bacon and eggs, Pat had the Breakfast Burger Melt, Bev had a Hot Brown Omelet, and I had Golden Bullets (Scotch Eggs).  I had read about these before but never eaten them – hard boiled egg, wrapped in sausage, breaded with Panko and deep fried.  This is my plate. 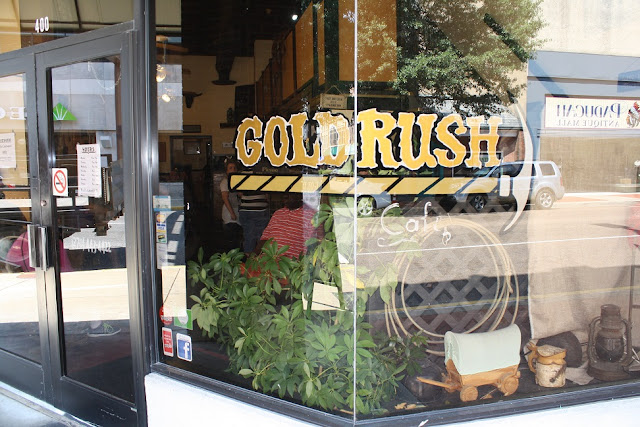 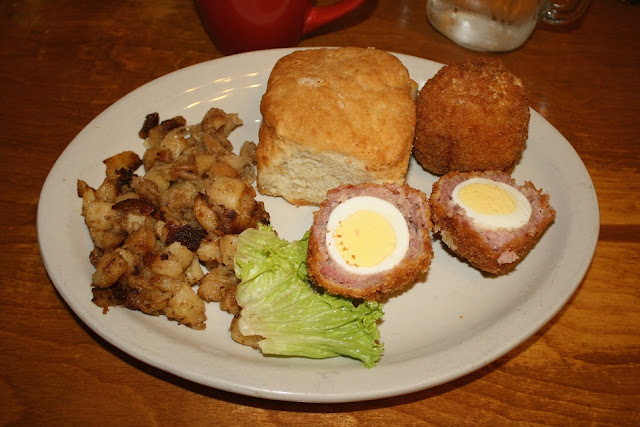 I really enjoyed the golden bullets and will be making up a batch of them for us in the near future.

After breakfast, the girls shopped downtown and I drove around making pictures.  The one thing I didn't like about this stop was the 99 degree outside temp.

We’re underway for this years big trip and hope you will follow along as we head for our ultimate destination of the Rocky Mountains high country.

Have a great day and thanks for stopping by Almost Heaven South but headed west.