Say what, you asked?  If you know me or have read my blog for very long, you likely know I am somewhat of a BBQ purist and subscribe to this definition – BBQ is meat cooked slowly over low heat (preferably indirect) in a smoky environment.  I know that this is the minority opinion in America so nuf about that.  I used this title because it will probably be the only time I use the words barbecue and Crockpot in the same sentence and I just had to do it to see how it felt.

In my continuing and seeming lifelong effort to clean out our freezers, I discovered a rack of beef ribs that had been there for a couple of years and were not vacuum sealed so I suspected they might be in bad shape or at least old tasting.  After thawing, removing the foil and plastic wrapping, and rinsing they looked and smelled fine and with no freezer burn. 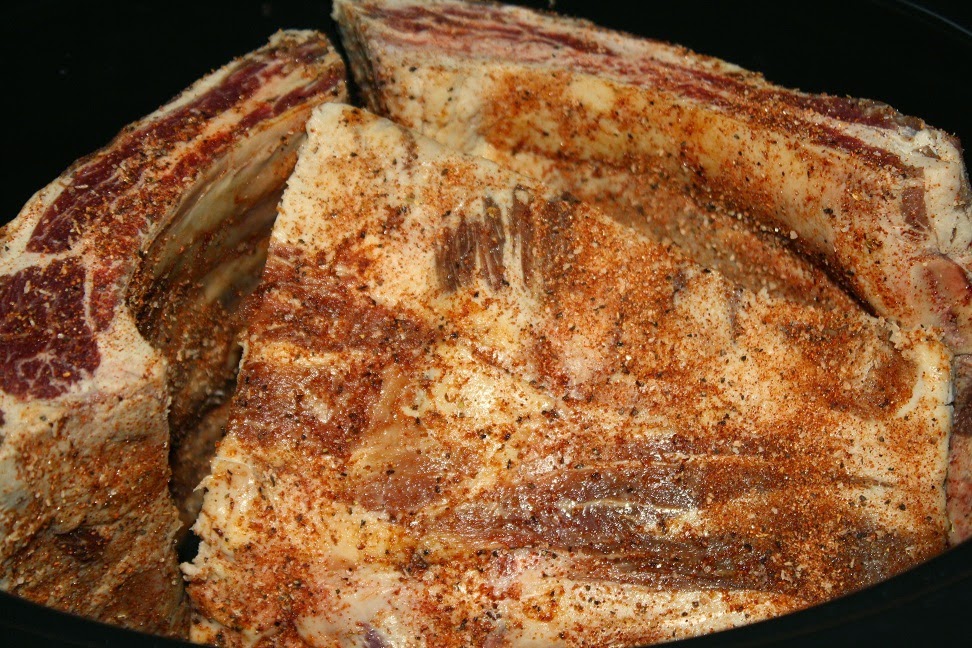 I was looking for an easy way to cook them with low energy usage for just one rack of ribs (rather than the grill, smoker, or oven) which is when the crockpot popped into my mind – it is after all just a small ceramic oven.  Since many BBQ rib cooks, roast the ribs for a while then wrap them in foil with a little liquid to steam for tenderness, I decided that this was exactly what the crock pot would do – roast them for a while until they gave up some liquid them steam them in that liquid.

I cut the rack into three pieces, dusted both sides with Chris Lily’s Brisket Rub and stood them in the pot on edge – the one uh-oh was forgetting to remove the membrane. 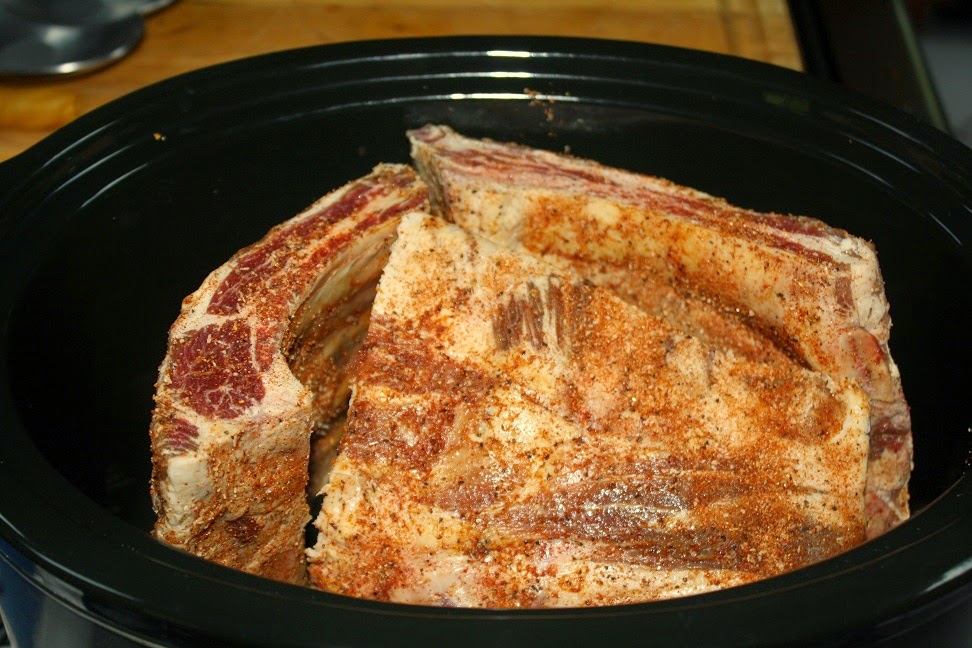 I cooked them on high for an hour, then on low until a toothpick would slide easily between the bones – the tenderness test – this was after about six total hours.  Then I removed them, dusted with some more rub, and put them on a hot grill fire to establish a crust on both sides, which took a very short time due to the flare ups.  I sliced them into individual ribs and served them up with some fries we had also found in the freezer. 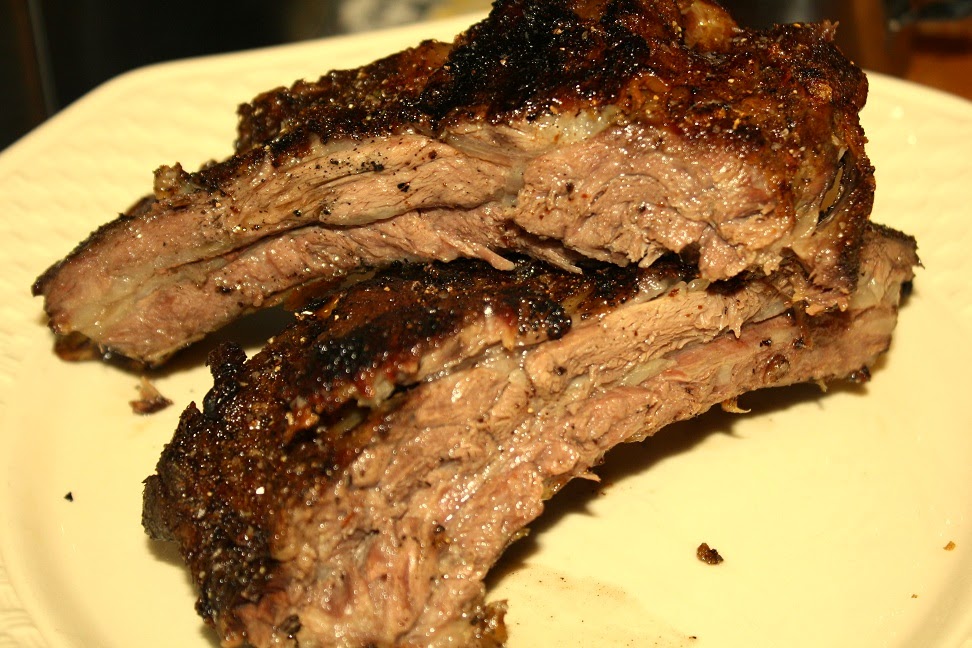 Other than the slightly old flavor, they were actually pretty good, moist and tender, but could have spent a more time on low grill heat to expel a little more of the fat – I guess this could also be done in the crockpot, but direct heat seems to be more effective and I could see them better.  The membrane likely kept the fat from rendering as well.  While I chuckled as I wrote this, I would use the method again when it makes sense but I will never ever again call it barbecue. J

Mean while, back at the freezer – I have taken two kitchen size garbage bags full to the dump and discarded a huge pan of vegetables in the woods – found one 2010 item.  Since we no longer raise a big garden for preservation and I’ve closed my BBQ business, my goal is to eliminate one freezer and I’m almost there.