Bev had bought some salmon just to have with dill sauce and I went about a web search to find a recipe and ended up with one from Taste Of Home for both the salmon and the sauce.  The recipe is for baked fish but I did it on the grill - given a choice, I always choose the grill as my grilling season is 12 months a year.

This is the recipe for the dill sauce and we made it the day before to allow the flavors to marry well.

Combine the sauce ingredients until smooth.

For the skinless salmon, I seasoned one side with S&P and light coating lemon pepper followed by a light coating of mayo.  I put this side down over a pretty hot charcoal grill and treated the new top side the same.  After cooking for a couple of minutes, I flipped, spread on a good coating of the dill sauce (so it could warm up and set a little), closed the grill lid, and cooked to the desired 135* internal temp.  The salmon was removed, plated and topped with a mound of capers and some chopped chives.  The capers were not in the original recipe but since we love them I wanted to try it this way. 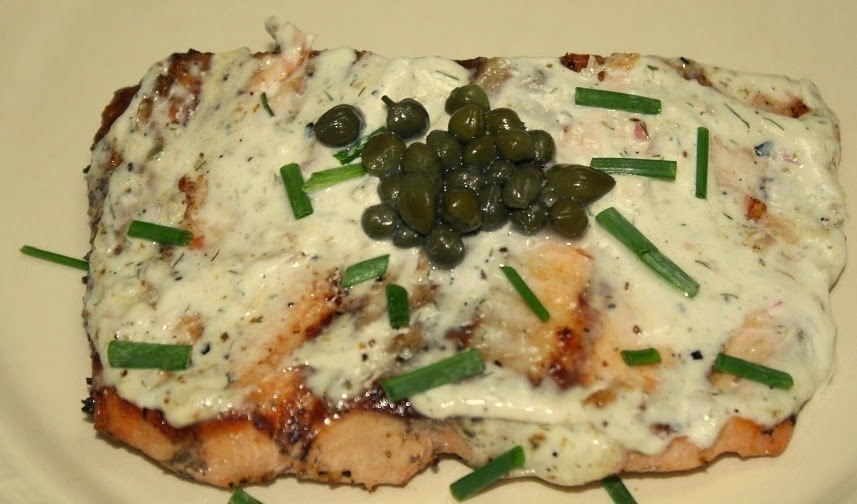 I first tried a couple of bites with just the sauce and then with the capers and I thought it was delicious both ways so it depends on if you like capers whether or not you use them but I thought both were OMG delicious – the search is over for a dill sauce at our house as I cannot imagine a better one for my tastes.

We sided it with some 2012 home-canned green beans and added some frozen 2012 shelly beans (October beans) along with some diced Benton’s bacon and they were very good unto themselves but they were even better topped with some of the dill sauce.  I believe I should use what fresh dill we have to make into this sauce and store it - then put it on everything - hopefully you've taken the hint by now - I loved this sauce.

And what about Bev and Madison you ask - Bev went to the store and bought some more salmon so we could have it again the next night - we just mixed some capers in with the sauce for this one, warmed it in a bowl of hot water, and sided with reheated beans. 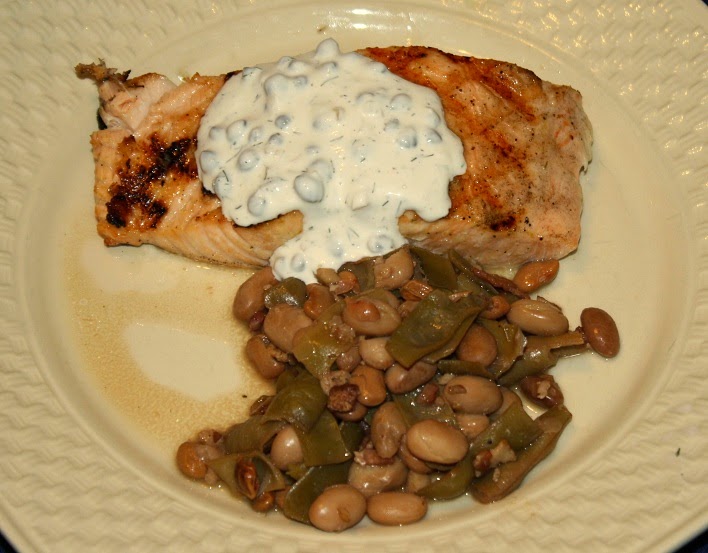 I snapped the shot before Bev added chopped red onion to her beans so here is mine - I omitted my not so good fish shot.  As I mentioned above, we like our green beans to have plenty of beans, we cook them to well done, and they may even be better the next day - we totally fail at gourmet green bean preparation J. 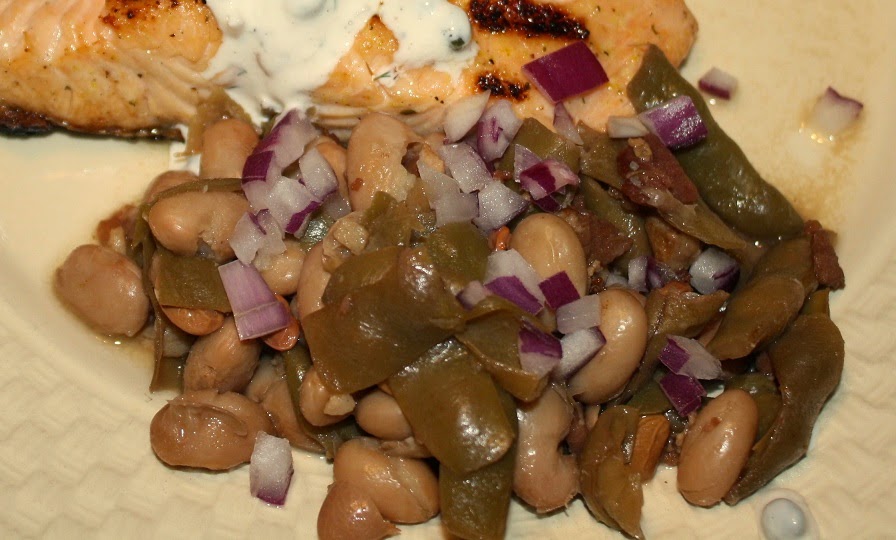 The gourmet version, lifted from the web, which are definitely much prettier. 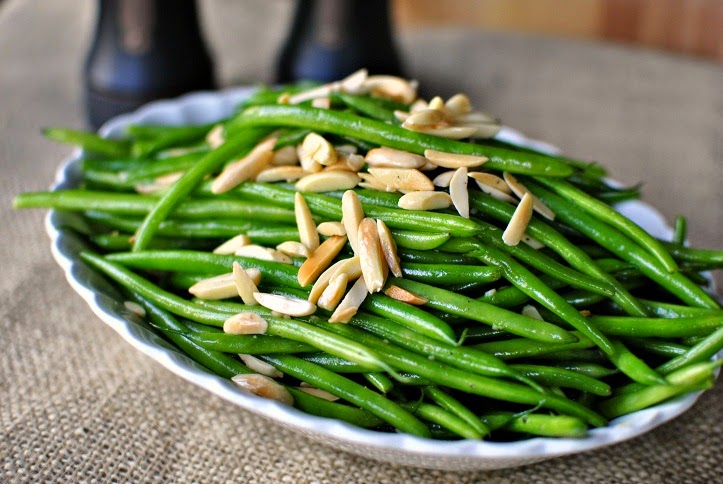