A Fish Meal With The Lusk’s

A year ago, we joined the local chapter of the FMCA called the Tennessee Travelers as a way of having monthly RVing opportunities and meeting new RVers the area.  We have met many fine people and invited one nearby couple over for a fish dinner - we knew it was a favorite of theirs.  Good friend, Joe, and SIL, Pat, also joined us.

We bought a box of oysters from the Shrimp Dock in Maryville and according to the box, they came from Sea Farms Inc. in Hudgins, VA so I assume they are from Chesapeake Bay. 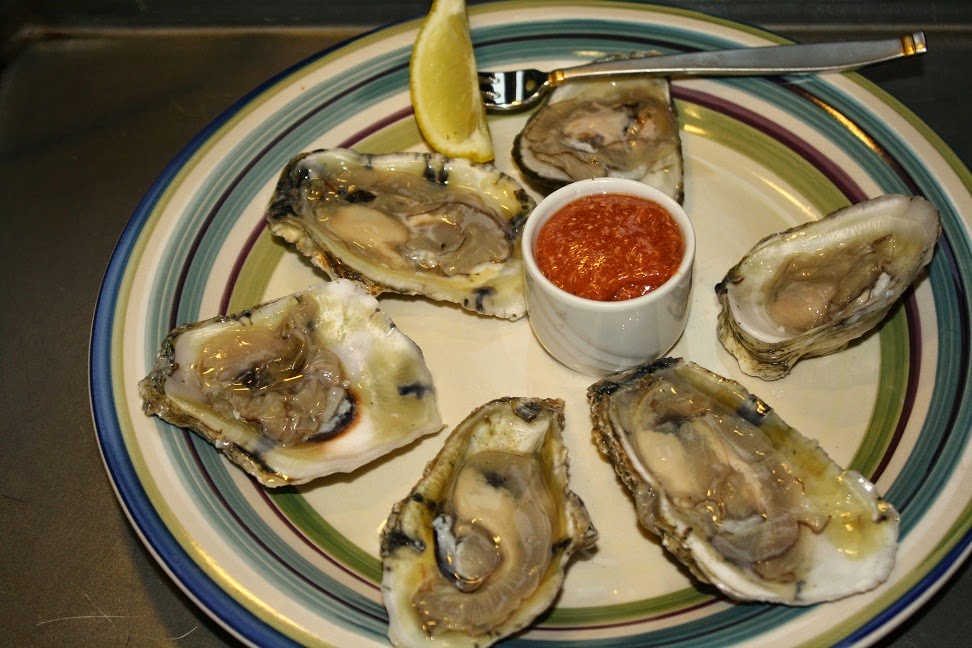 I don't know enough about oysters to explain this, but most of the the actual oyster meats were pretty small for the shell size compared to what we usually get.

The next appetizer was Grilled Oysters Rockefeller using our go-to recipe.  This is them about to head for the grill. 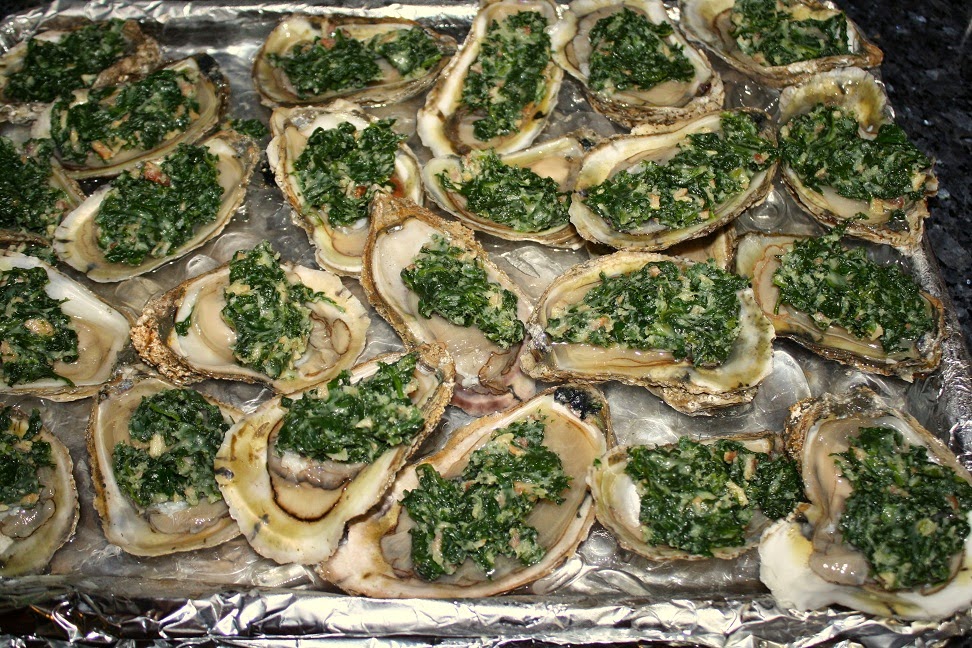 I forgot to top with the Parmesan and bread crumbs but had I remembered they would have looked like this when done - they still went down real easy. 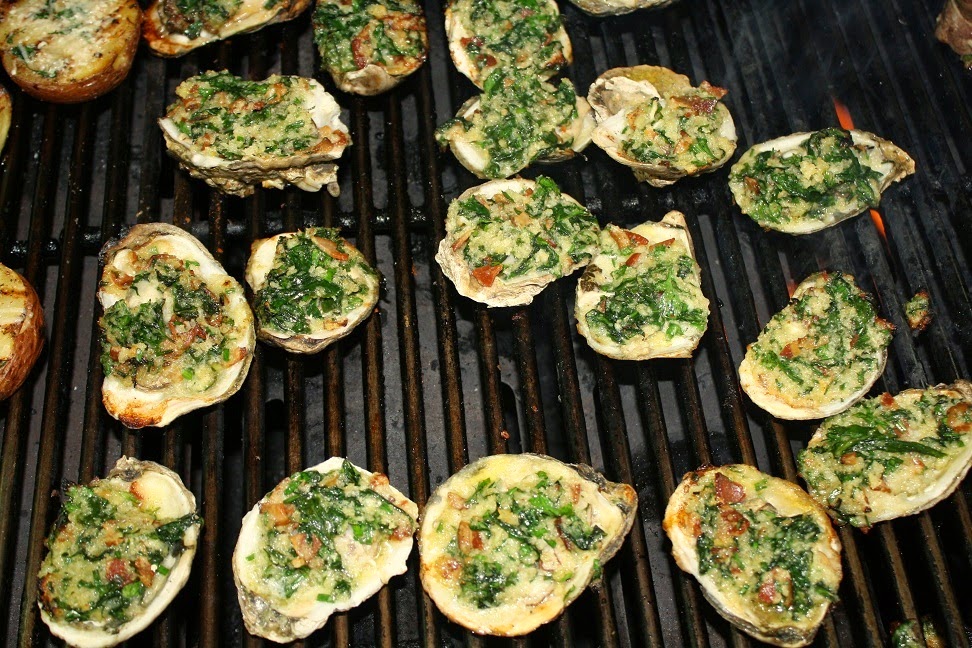 Next up was Chargrilled Oysters using the following recipe, which is a combo of a couple we have tried.

Directions:
Mix the parsley, garlic, butter, and pepper and add a heavy tsp. to each oyster, sprinkle on a little Emeril’s Essence, add grated cheese and grill until bubbly.

I failed to get a shot but they looked like this previous meal. 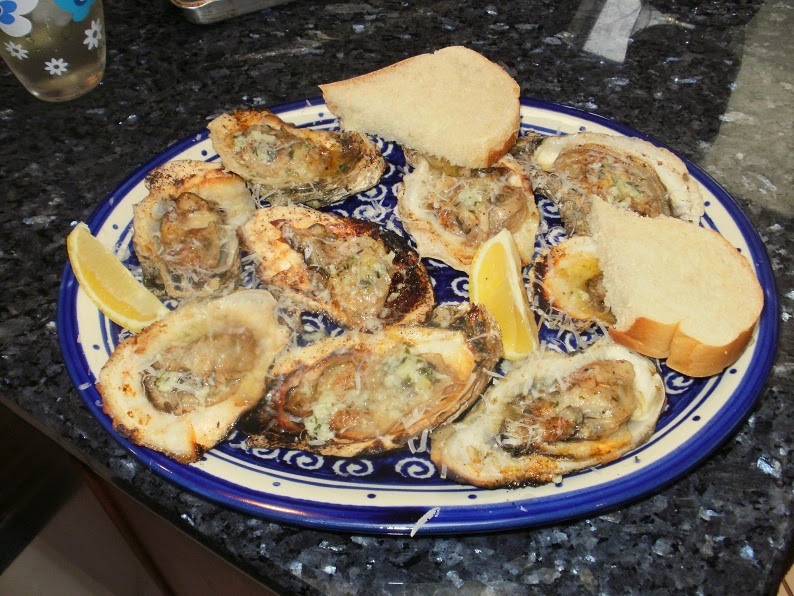 Bev had made a couple of loaves of sourdough bread and it was super good dunked in the juices remaining in the oyster shells. 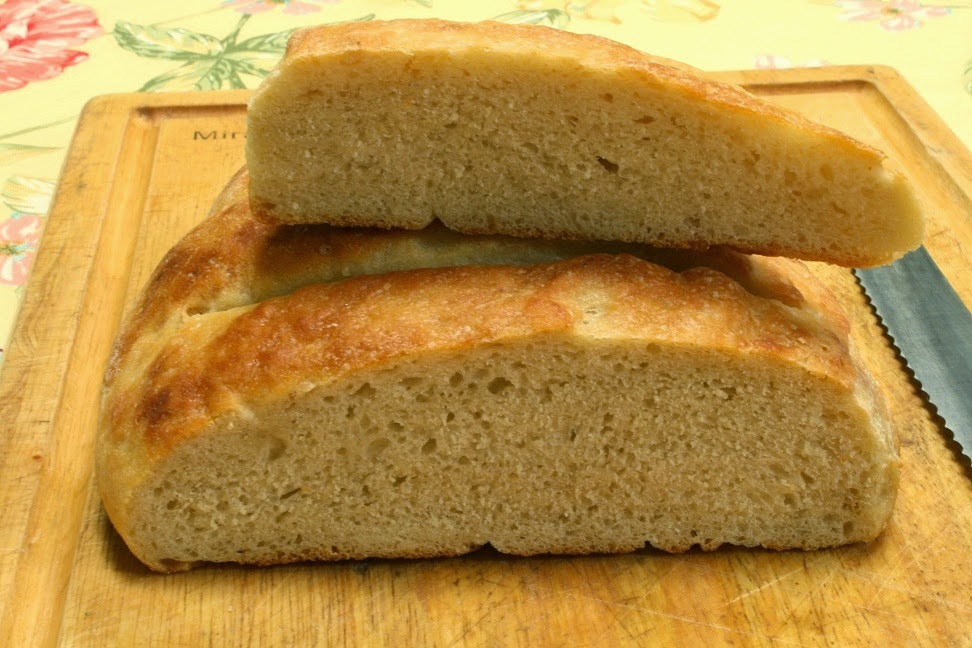 For the main course, we once again used the recipe for Spicy Crappie, our favorite hush puppy recipe, Bev’s slaw, and our favorite tartar sauce from Cathy at Wives With Knives. 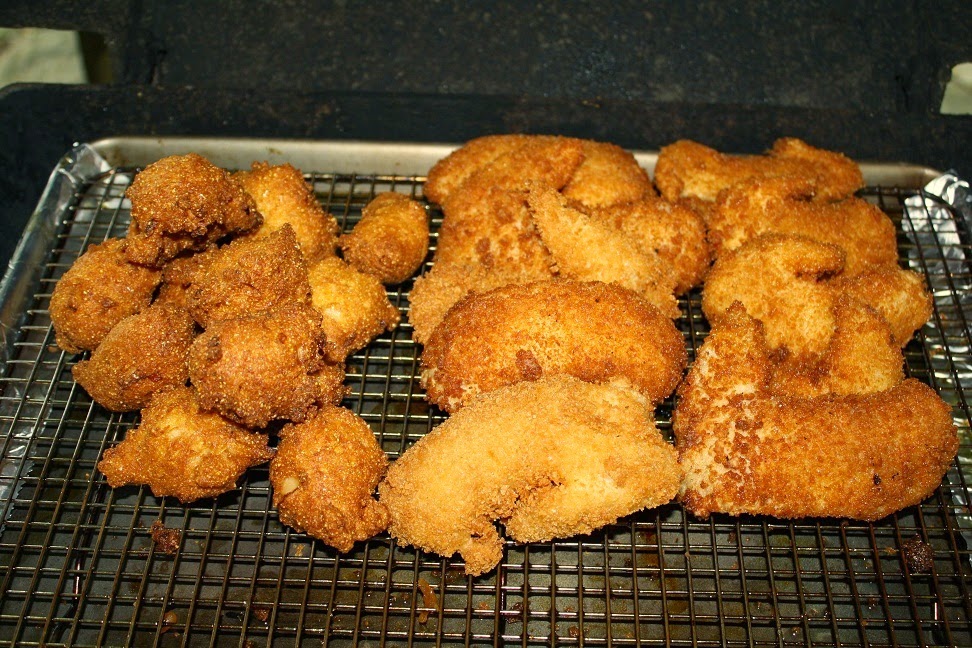 This is my plate and it was all very good and received positive reviews from our guests. 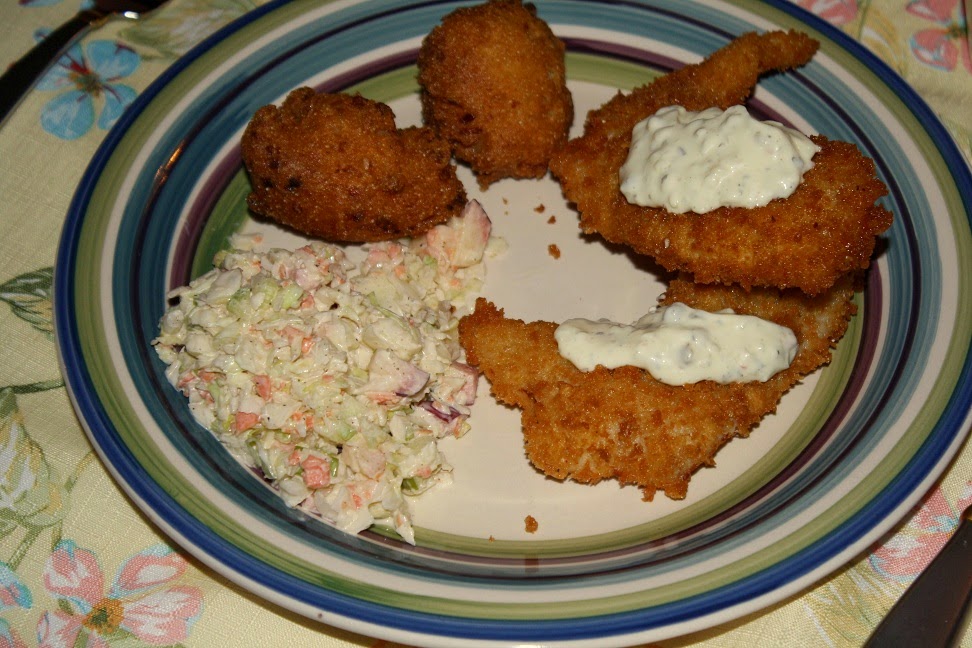 Even though it took longer than I expected to eat the entire meal, I think it was a hit – we ate about 85 of the 100 oysters in the box.  Louie, who is a bread guy, loved the sour dough and said the hush puppies were the best he'd ever put in his mouth - it's always a feel good to please our guests.

The ice cream was made using recipe from friends of ours and adapted from a gallon down to two quarts.  We had made it once before and I thought it was a tad too sweet for me so I cut back on the sugar a little.

1. Beat sugar, cond.milk, & eggs till creamy cook until eggs are done
2. Mix in half & half, extract & peaches
3. Run through your favorite ice cream maker – we used our Cuisinart.

I liked the ice cream much better this time and thought it was just right but Bev said it could have been sweeter for her, so use your own judgment if you make it.

While the food was good and I'm pretty sure no one left hungry, the best part of the evening was the visiting and getting to know Louie and Sandy better.  Hopefully we'll see them again in a couple of weeks at the Sep. RV Rally (a multi-day get together at a campground).