We had met Betsy (Joyful Reflections) and George a couple of years ago while RVing in Crossville and of course the Myers are good friends so when Betsy expressed interest in meeting Dave (Big Daddy Dave), we invited both over for an afternoon on the dock.  Betsy agreed to be the official get-together photographer and blogger so I will only post about the food and her post will be up on 9/1 so please drop by her place.  The previous day, I had smoked some ABT’s for our wine group and decided I’d also smoke up some ribs for the dock meal and the menu was:


For the ABT’s, I used my normal recipe, which I doubled for the two events, and added 1½ pound of smoked pork in place of the little sausages that normally go on top to get this recipe: 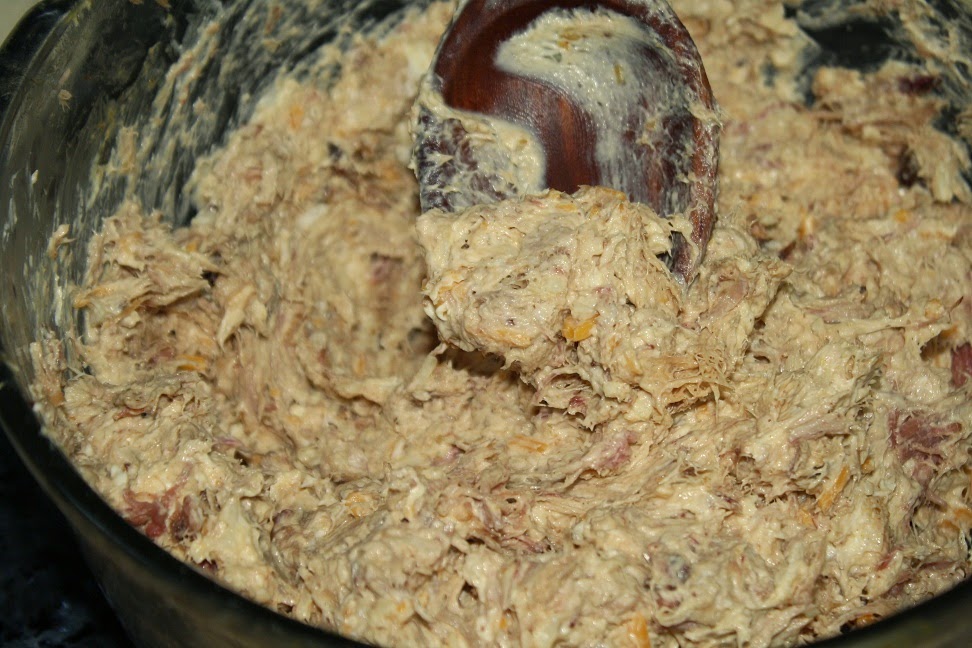 3. Fill each pepper half with mixture. 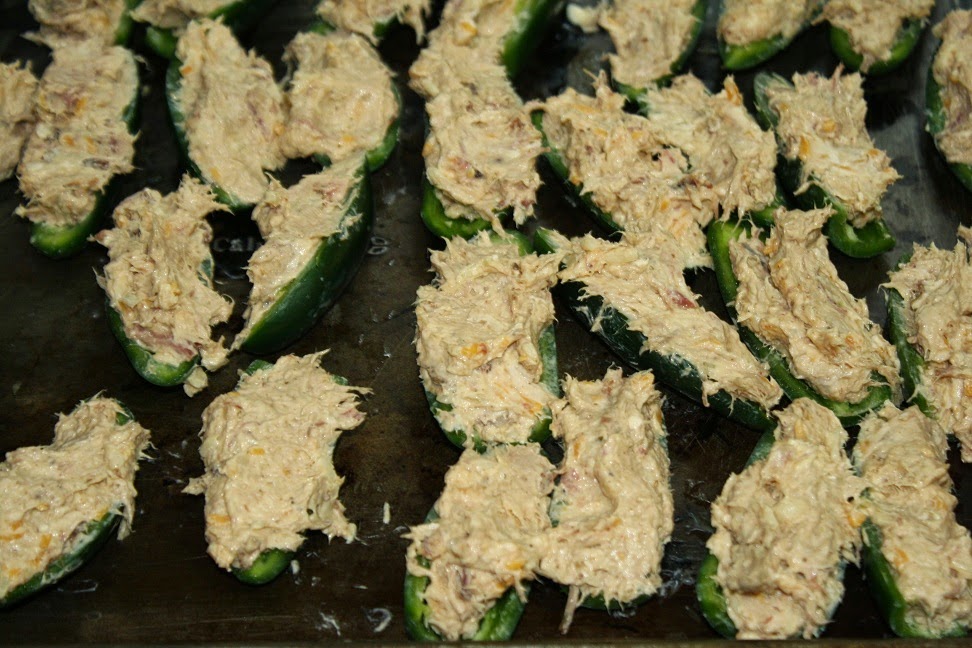 4. Wrap the bacon around the pepper, trying to cover as much of the pepper as you can.
Use a tooth pick to hold bacon in place.  I tried using a half slice on the smaller ones, but it wasn't quite enough to cover them well. 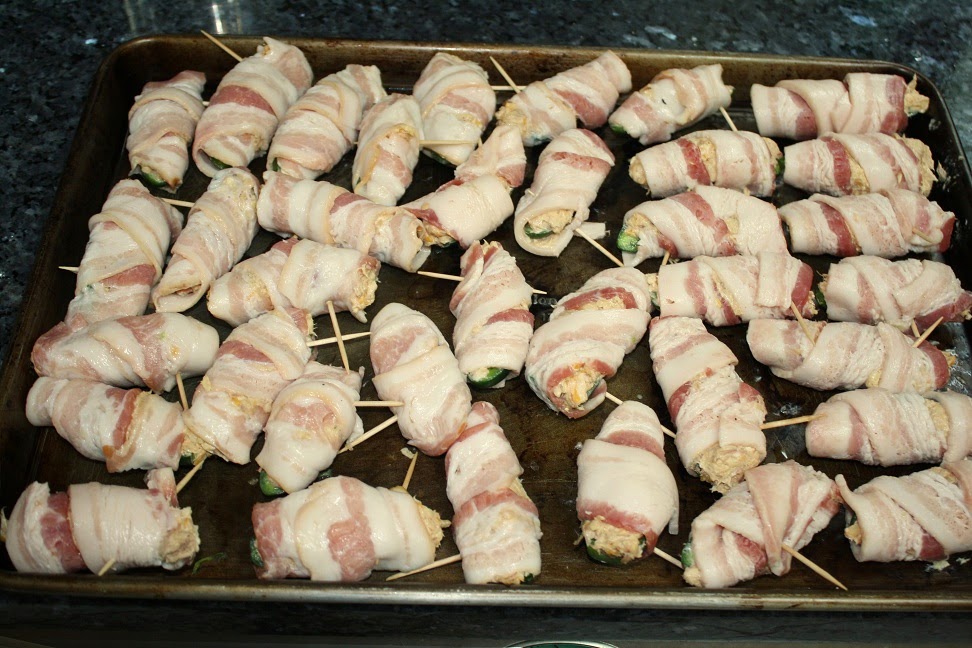 5. Cook in the smoker on a sheet of foil for about 45 minutes to 1 hour at about 250 degrees till bacon is crisp. (may take 1½ hr. to crisp bacon).  No finished shot but here is one from a previous post. 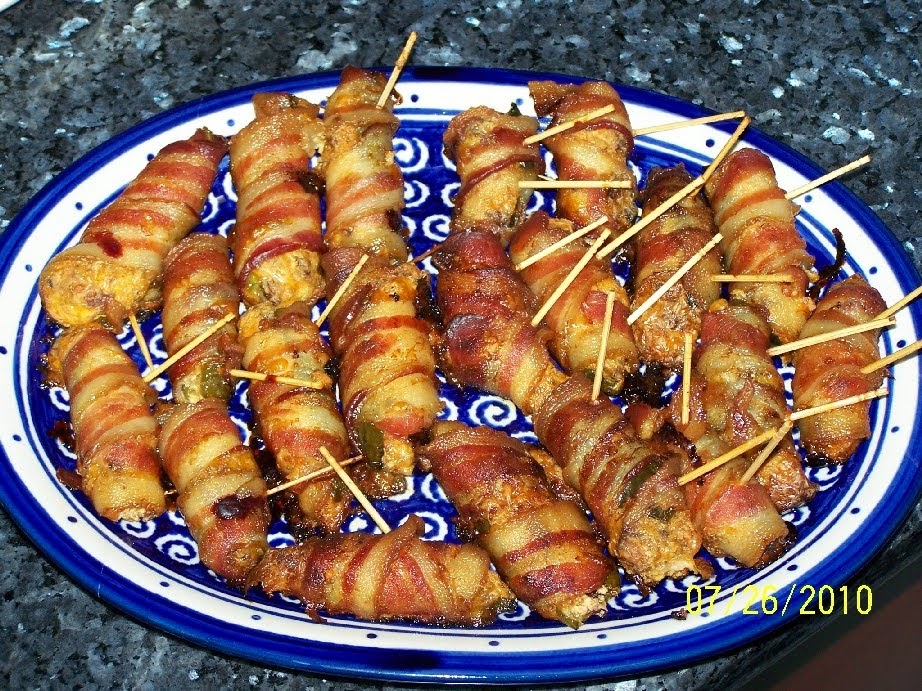 I decided to try cooking the second batch of ABT’s on the grill using a sheet pan but, as expected, the grill was too hot for them and some of the cheese ran out, but they were still good.

I just served the ribs from the foil in which they were reheated as they were falling off the bone tender – just like Bev (and most folks) like them. 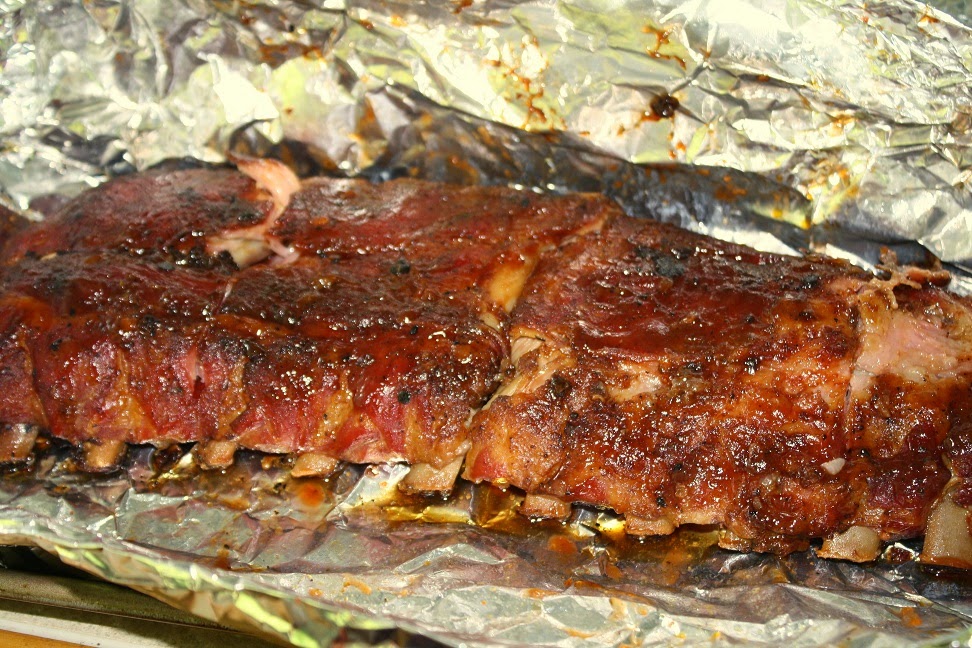 I used a double boiler to reheat the pulled pork and Bev made some of her good slaw to go with it. 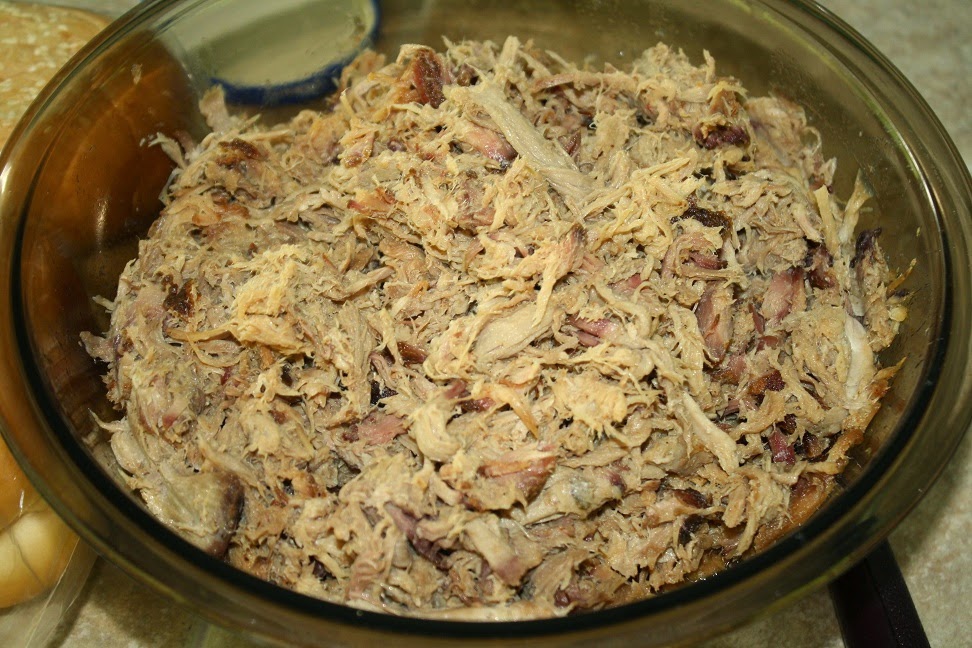 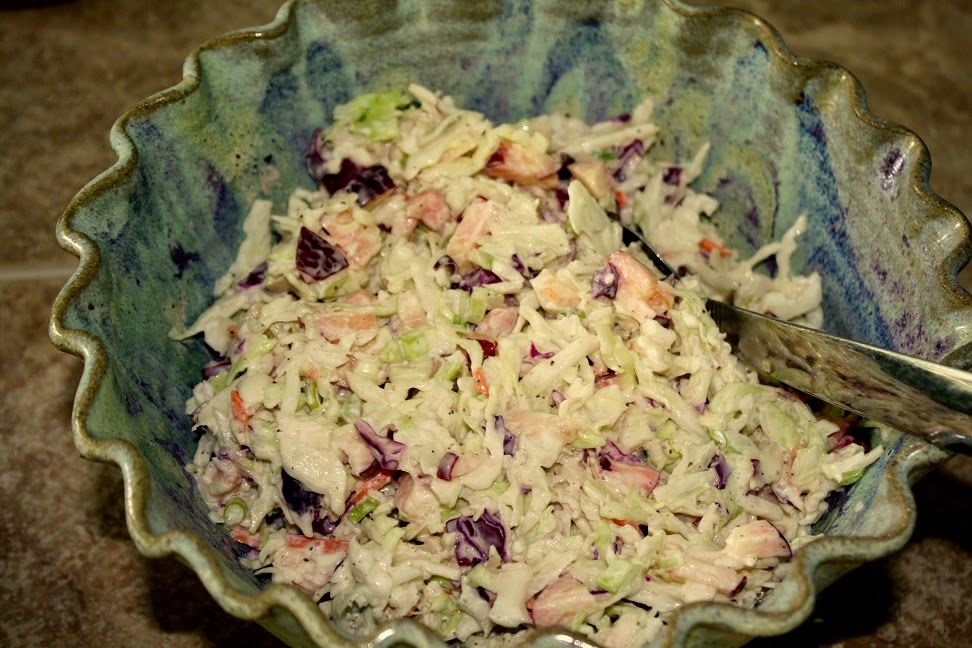 For the beans we used the recipe from Kathy at A Spoonful Of Thyme as the name really caught my attention when I read it as I like all thing chipotle - please pop over to her blog for the bean recipe. 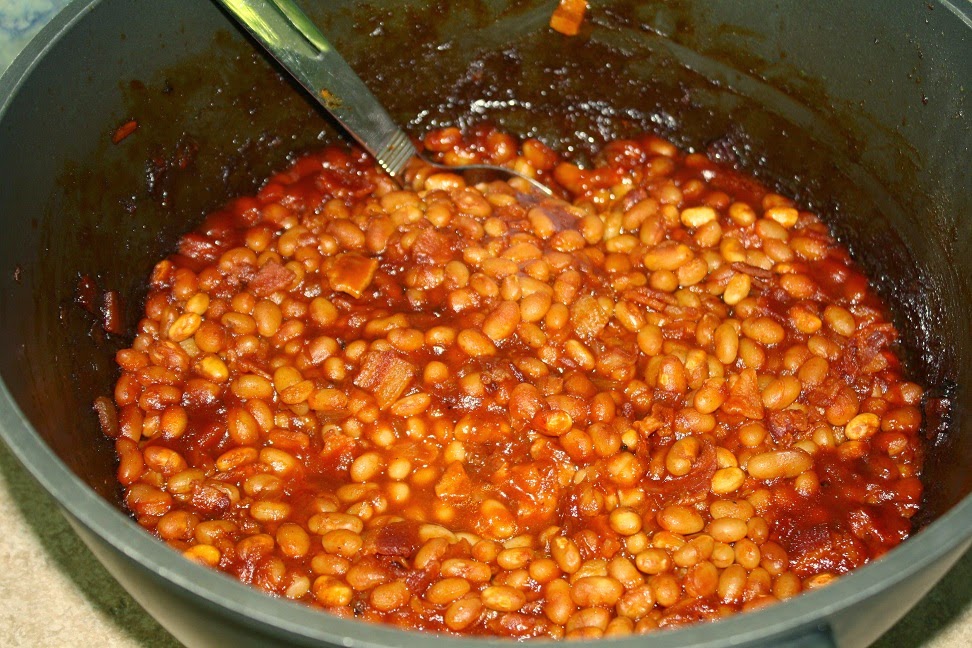 I thought all of the food was very good, but a caution about the beans – don’t add the cayenne until they have cooked for a while and you have tasted for the heat level as they might be a bit spicy for some folks.

While the meat and beans were a hit, the star of this meal was the extra Chipotle BBQ Sauce (from the beans) that we served on the side for the meat – we thought it was outstanding and the remainder of the can of chipotles was turned into it the next day.  Here is Kathy's recipe for it:

1. Place the chipotles and half of the sauce in a blender or food processor.  Puree until smooth.
2. Add the remaining ingredients and puree, again, until smooth.  Using a fine-mesh strainer, strain the mixture to remove all of the seeds.  Pour the sauce into a jar and set aside until ready to use.  (I just left the seeds in as I like that look)

Thanks Kathy for both recipes and your delicious contribution to our fun afternoon.

After a brief rest, we enjoyed the moist, light, and delicious dessert, which I had never had before.