Fish On The Grill Ala George

I follow several RV blogs, mostly full timers, and one I read daily is Our Awesome Travels which follows the journeys of George and Suzie, a full time Canadian couple who split their time between Canada and the USA.  George writes about their travels and his daily dinner creation (he was a restaurateur), which is nearly always cooked on a Weber Q – I once commented that he could be the poster boy for this grill.

He frequently cooks fish using an easy method for the grill by making a foil pan, seasoning the fish, topping with lemon slices and cooking with the lid closed (I assume) - I don’t know if he cooks over direct or indirect heat.

I wasn’t sure how it would work with this method but it’s a mild white fish and we were having a southern meal, so I used catfish – hey this is the South you know and I’m making a major departure by not frying it.

I decided to do a little taste test while I was at it and cooked four different filets – two spread with soft butter and two without and one of each with a different spice – toothpicks and whole or halved lemon slices tell me which is which.  Ready for the grill. 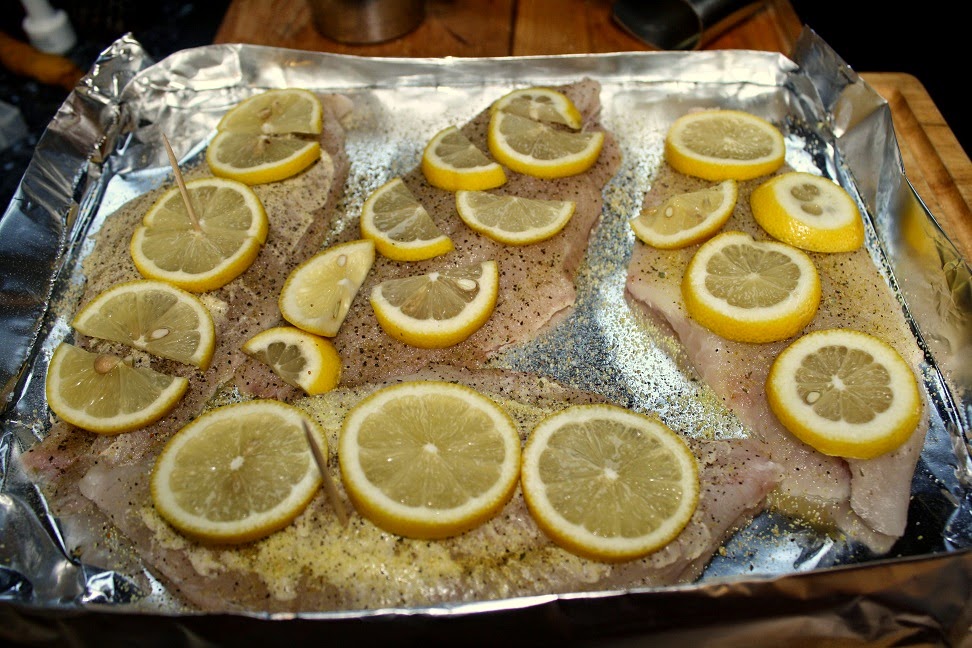 Since this was a southern meal, we also had fried okra and fried corn – thereby offsetting any health benefits of the non-fried fish. 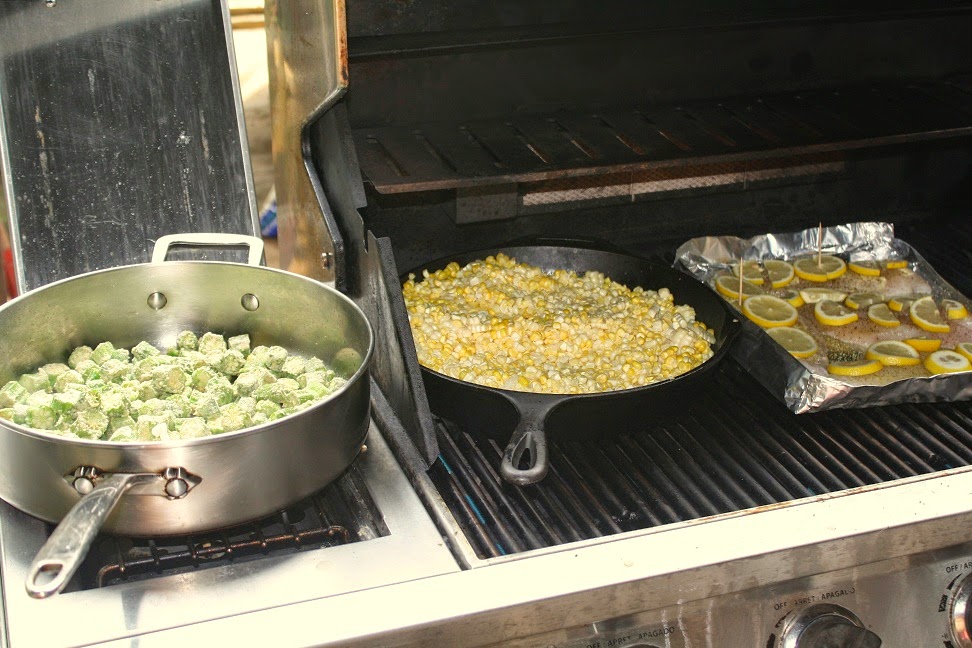 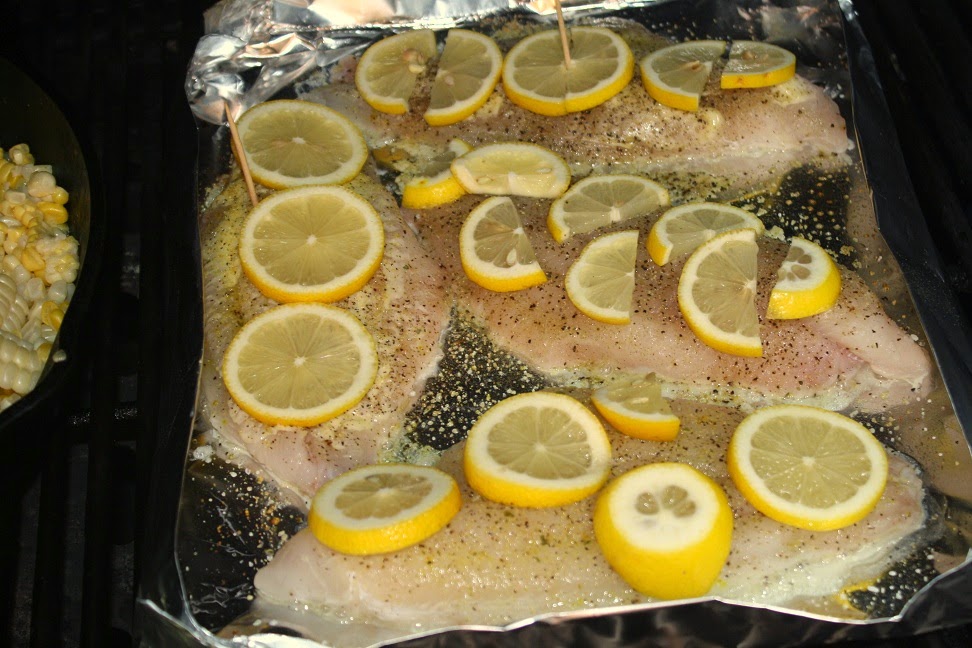 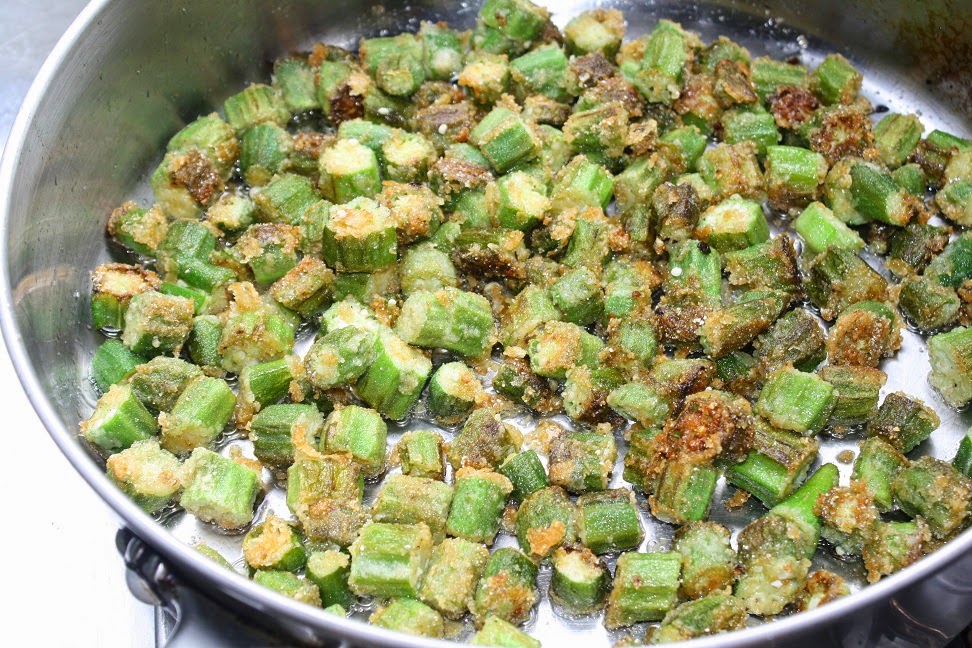 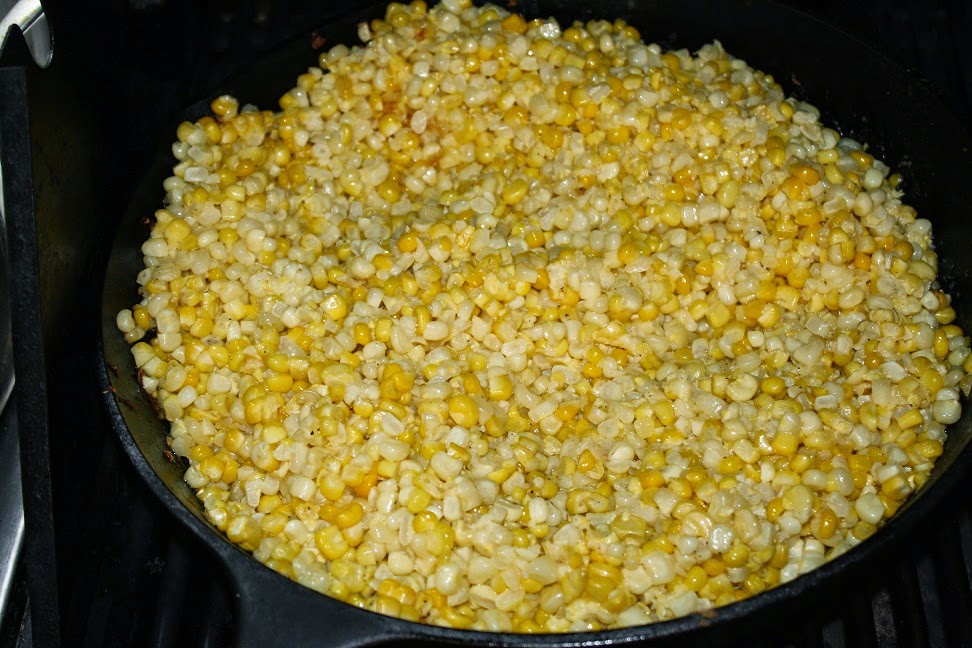 I cooked them over indirect heat to an internal temperature of 140*. 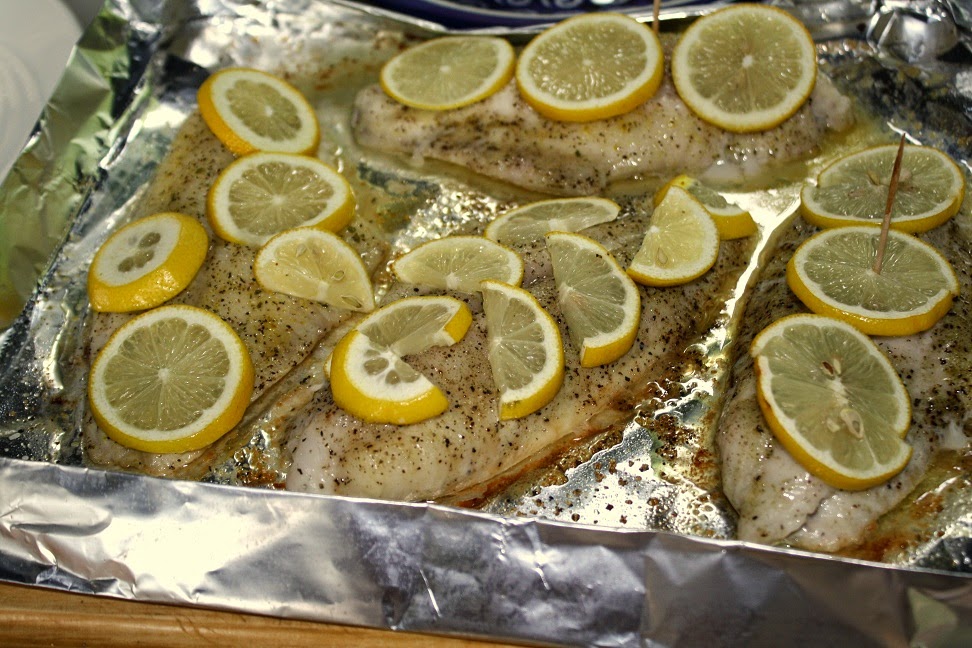 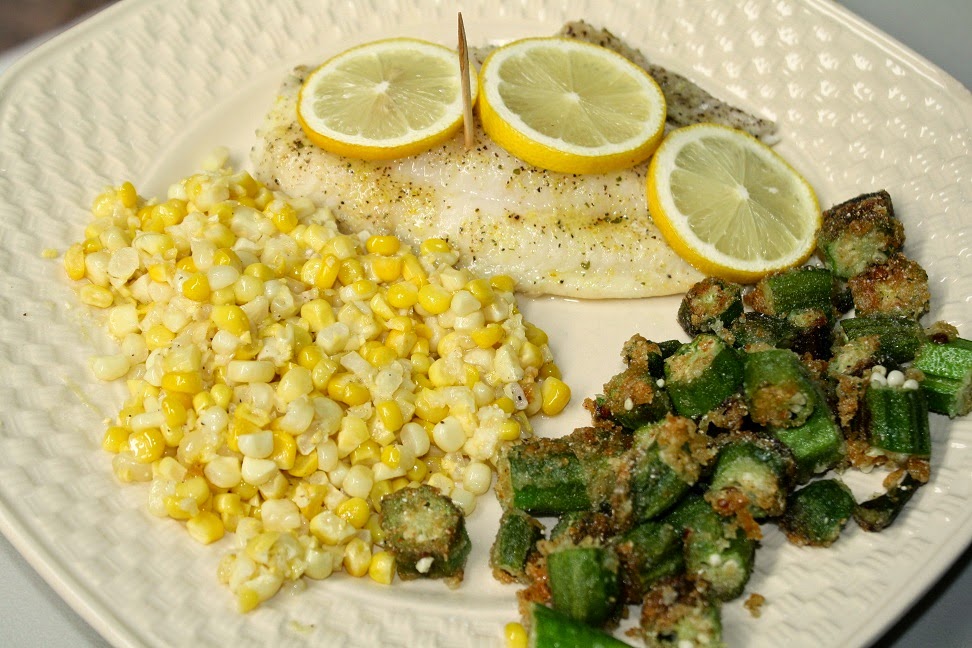 I tasted a bite of all four but couldn’t pick a clear winner and I liked them all, telling me I don’t need to add butter in the future.  Bev had a preference and it was the one that had gotten a heavier coat of spice than I had intended – another lesson learned.  I will definitely use this method again and while they were not as good as fried catfish (is anything?), they were still very good and way healthier.  Thanks George for the inspiration and the technique.

Oh, and did I mention that Bev turned the last of our blueberries and some peaches into a pie that went down awfully easy with a scoop of Bluebell peach and vanilla ice cream.  So if the corn and okra didn't blow the diet, this sure did. 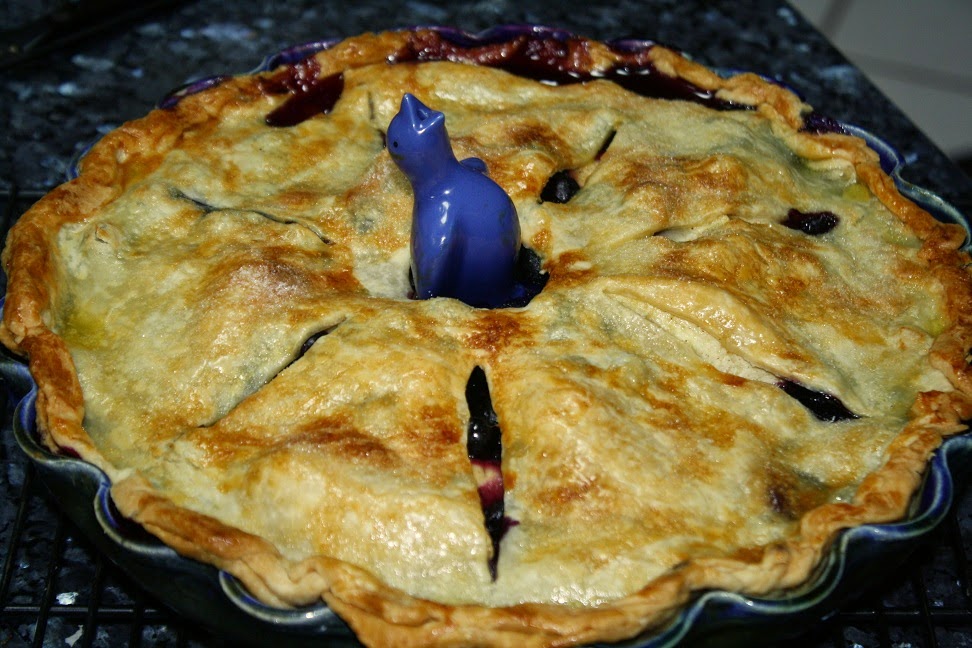 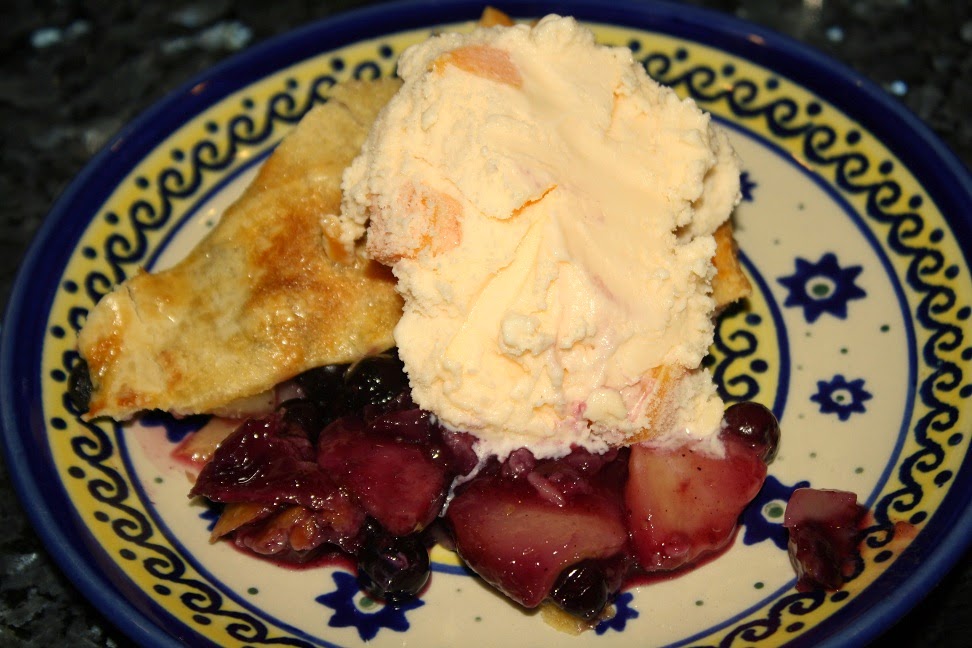