When we made the Pizza Margherita yesterday, we had an extra ball of pizza dough that needed using and decided to make our first ever Stromboli.  Even though this is “Time With Roz”, I couldn’t find a Stromboli recipe on her site but the dough needed to be used.  At least it's Italian and includes tomatoes in the sauce.

I looked around the net and opted for an Emeril Lagasse recipe then adapted it for our dough amount and some things we had on hand to add to it – his recipe is for two Stromboli while the one below is for one that is a little larger than his.

Directions:
1. Preheat the oven to 375 degrees F. Grease a large baking sheet and set aside.
2. In a large skillet, cook the sausage over medium-high heat until browned and the fat is rendered, about 5 minutes. Remove with a slotted spoon and drain well on paper towels. Discard all but 1 tablespoon of fat from the pan.
3. Add the onions, bell peppers, mushrooms, and jalapenos and cook, stirring, until very soft, 4 to 5 minutes. Add the garlic and Italian seasoning and cook, stirring, for 1 minute. Remove from the heat and cool.
4. On a lightly floured surface, roll out the dough to a large rectangle, about 12 by 14 inches.
5. Add a layer of ham, overlapping the edges slightly and leaving a 1” border then top with a layer of provolone. 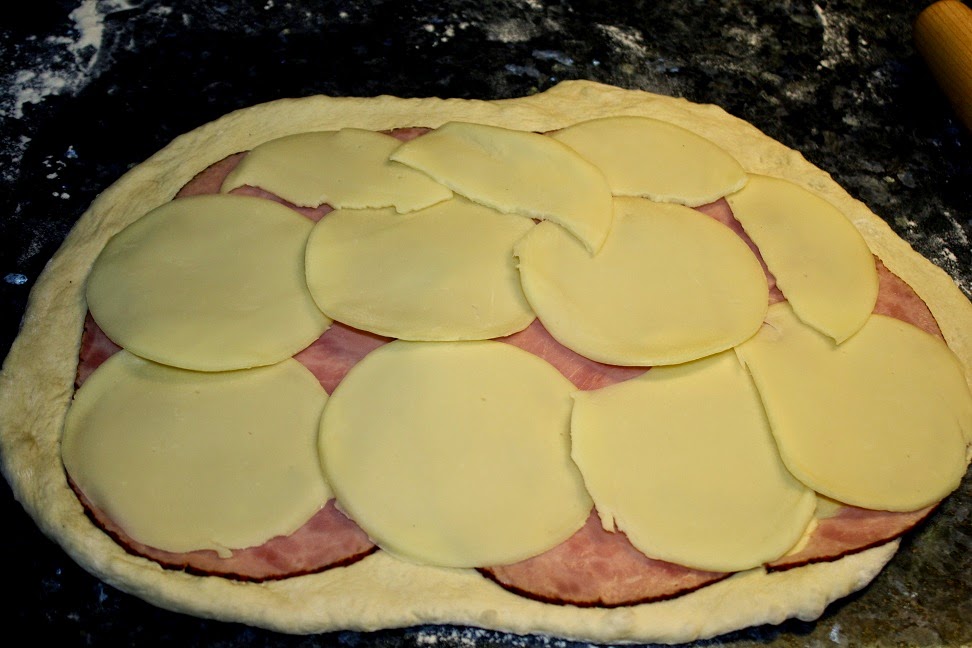 6. Spread the cooled sausage, onion mixture, pepperoni, artichokes, olives, and cheese blend over the top. (As we often do, we had a little too much topping but managed to get it all inside by doing a little dough stretching). 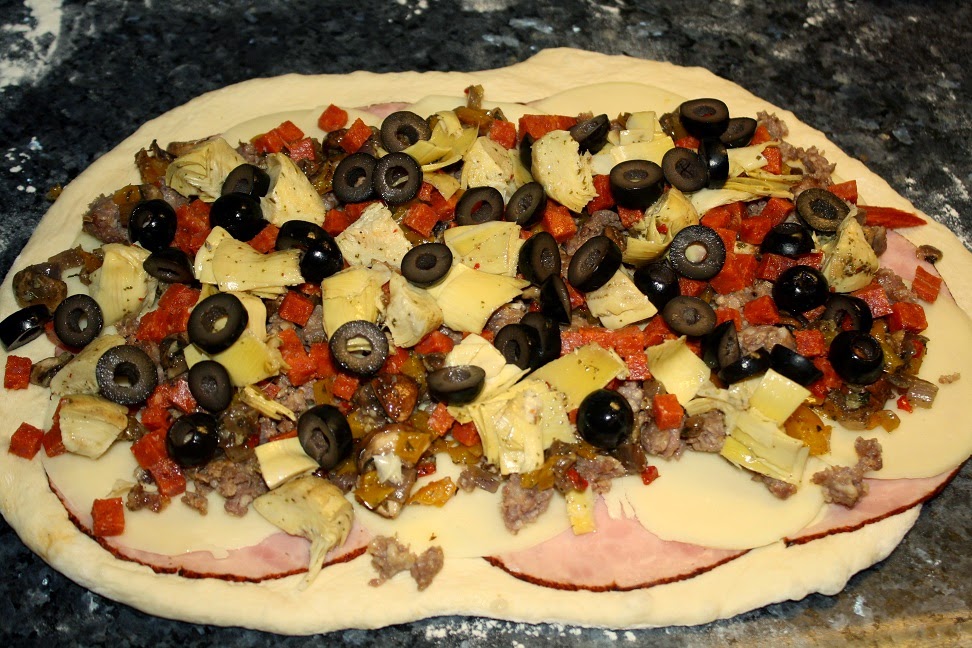 We had a heck of a time rolling out the dough as it kept springing back, so we stretched out the front two corners to a rectangle to start rolling then did the same on the other side to finish it.

7. Using a pastry brush, paint the border of all but one long edge with egg wash. Starting at the side without egg wash, roll up the dough into a cylinder, pinching the edges to seal.
8. Place on the prepared baking sheet and brush the Stromboli with egg wash. 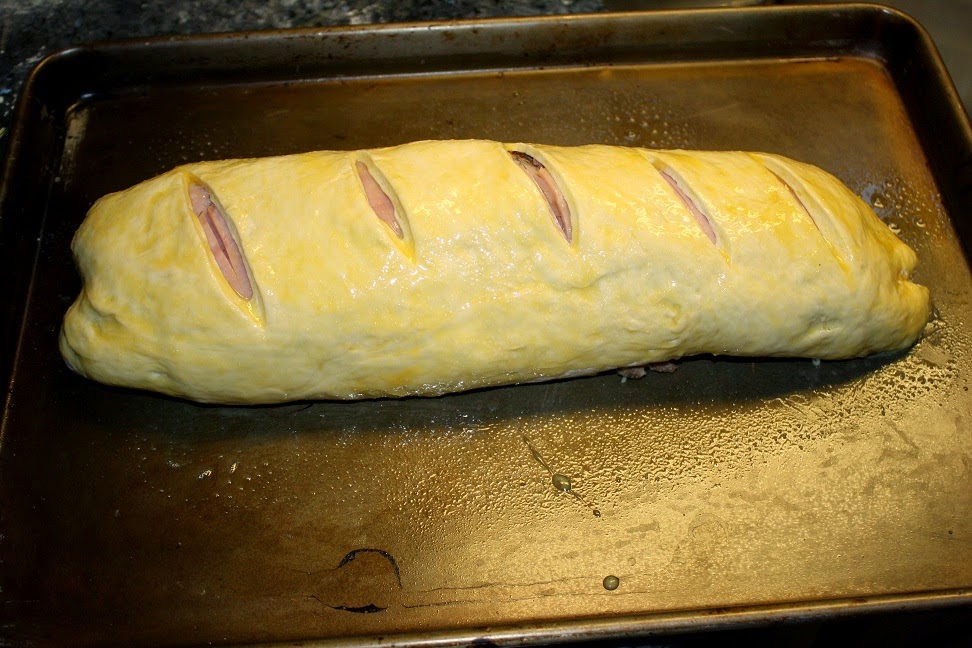 9. Bake until nearly completely golden brown and starting to crisp, about 20 minutes. Sprinkle the Stromboli with Parmesan cheese and return to the oven until the cheese is melted and the dough is golden brown, about 5 minutes. 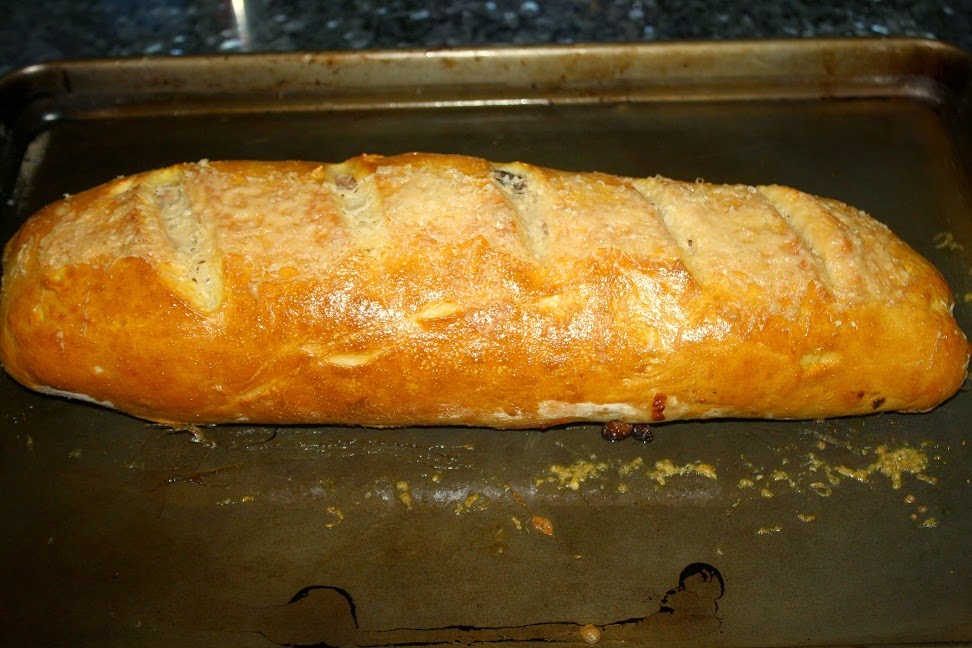 10. Remove from the oven and let stand 5 minutes. Slice thickly and serve with pizza sauce. 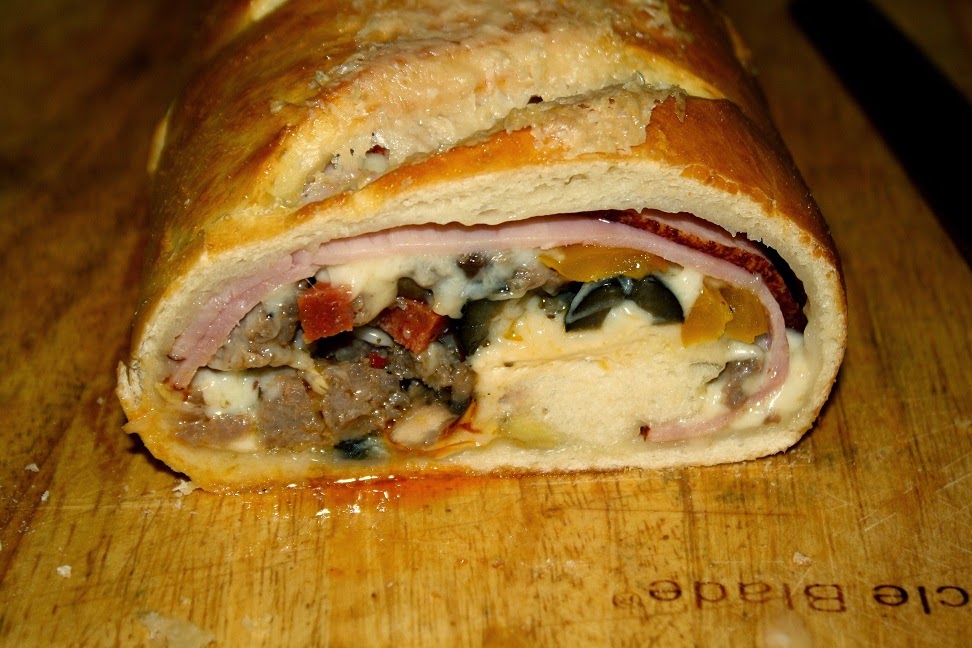 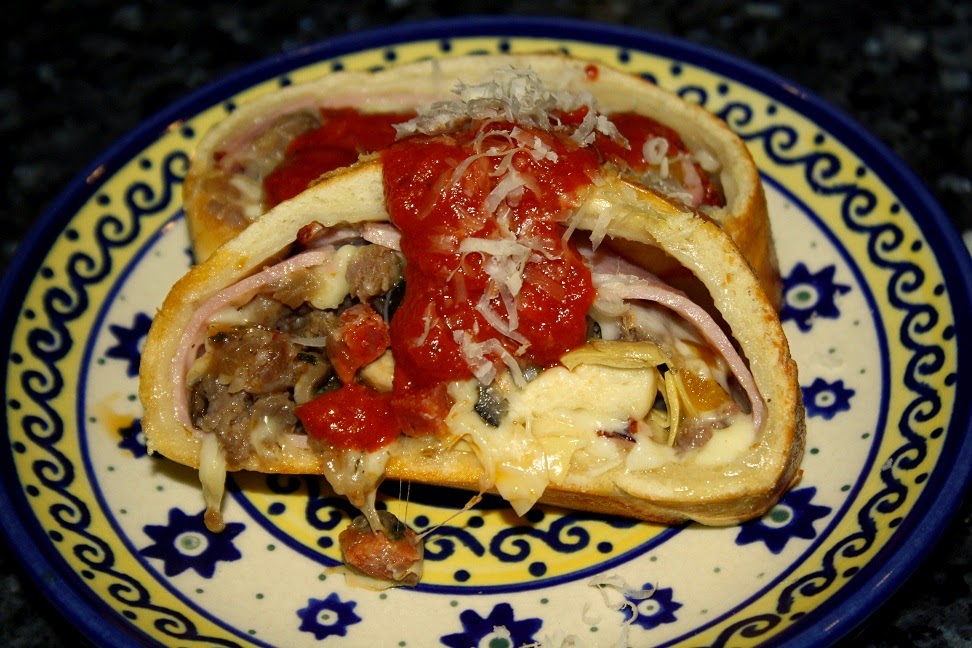 We both thought it was very good, especially for a first try.  It seems that Stromboli is basically a rolled up pizza and while it was delicious, we both prefer a pizza so this may be our last one – but I’m glad we made it.