Steaks & Chops From The Freezer

I went freezer diving the other day and found some meat that needed to be used, the first being a package of center cut pork chops that were still in the store packaging.  I was totally surprised when I removed the top two and found the unseen two chops to be just as nice.

I decided to give them the same treatment as I sometimes use for BBQ ribs which is a blend of two Billy Bones seasonings and a baste of Tennessee River BBQ Sauce when I flipped them.  I cooked them on the gas grill with some romaine lettuce and bacon wrapped green bean bundles (also from the freezer). 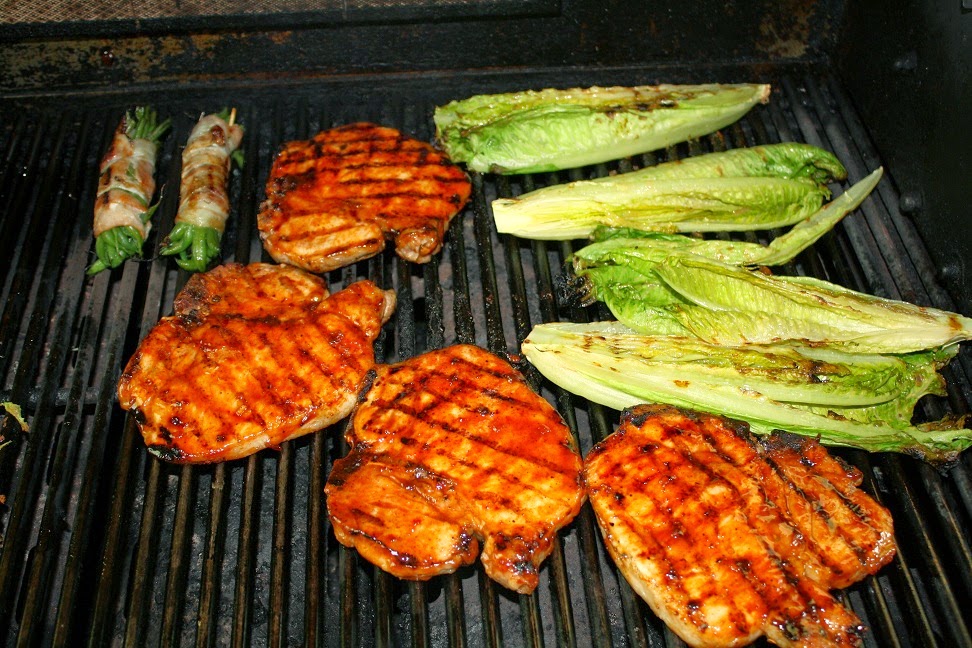 It made for a fine meal but while the chops, cooked to 145*, were moist and tasty, they were a little sweet for my taste – you sweet lovers would have really enjoyed them.

A freezer is a magnificent invention and it would be hard for us to live without one (or four).  For the steaks, I used a boneless rib roast that was dated Oct, 2012 and since I knew, at worst, it might have some freezer burn, it went onto the menu.

I had wrapped it tightly in plastic wrap and then aluminum foil (that’s tin foil for some of you J) and when I unwrapped it I found no issues at all.  I had saved it from the purchase of the whole rib to make into prime rib but Bev has decided she much prefers it as a grilled steak.

I gave each side a coat of Montreal Steak Seasoning and grilled it over charcoal along with some par-boiled, bacon wrapped potatoes and plated everything together – I obviously wasn’t going for a great shot. 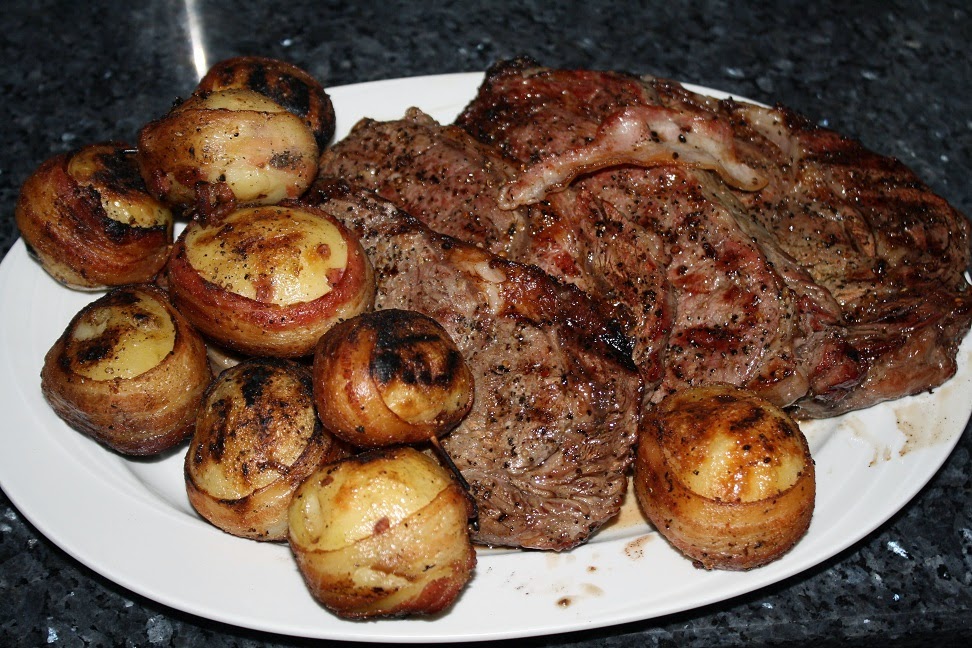 Bev said several times through the evening that this was the best meal she’d had in a long time – I enjoy heroing for her. But, this part of the post is not really about the meal but rather to say that properly wrapped meat can be kept in the freezer for quite a while – we must have been out of vacuum sealer bags when this was wrapped.  I’m sure we have some stuff that can’t be used, but I was pleasantly surprised by this one.