After a very pleasant two nights in Buena Vista, we drove the 115 miles over hill and over dale along US-285 to get to the Denver area.  After crossing the pass at the southern end of the Mosquito Range, we drove up the valley between it and the Front Range where we saw some beautiful ranchland – although with the unusual amounts of rainfall, it was likely greener than normal for this time of year. 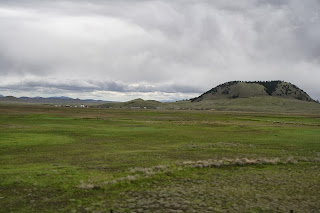 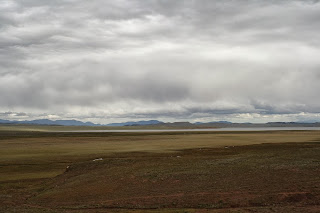 After the hilly, winding road through the Front Range and foothills, we arrived at our camping spot in Chatfield State Park, which is located on the Chatfield Reservoir in Littleton, CO (part of the Denver Metropolitan Area). 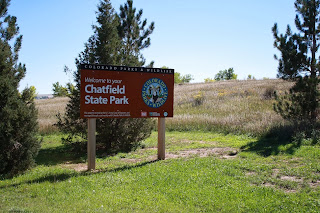 Here is a short, interesting read about thee Chatfield Reservoir and some shots of it with some water skiers get in their last runs of the summer.  At normal pool level, seen below, the reservoir holds 27, 000 acre-feet of water but as can be seen, the dam is much taller - for flood control, it can hold 350,000 acre-feet, flooding the entire park. 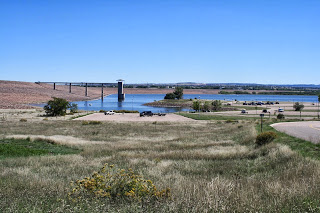 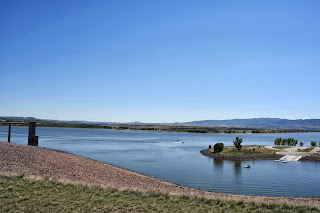 I can imagine the park being an oasis in the near future as suburbia continues to grow around it.

We had originally planned to be there the previous Thursday, but the campground was full, which is why we spent the weekend in Buena Vista.  After arriving, we set up in what was probably our best site yet.  For $34/day (including the $8 park pass), we got a very large site with paved drive, concrete pad, gravel area with fire pit and large picinic area, and an open area for the dogs to romp - our nearest neighbor was at least 50 feet away - no wonder it was hard to get into. 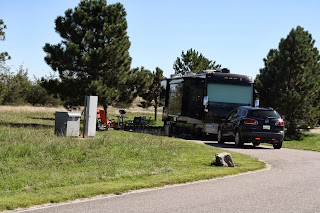 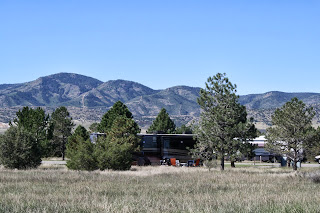 This was our campsite social area and a shot down the road. 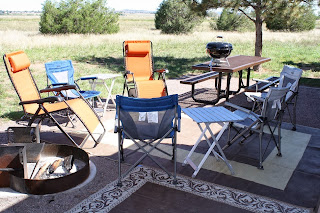 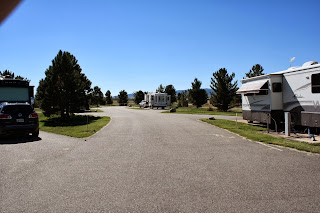 After setting up camp, and cleaning ourselves up, our VIP dinner guests arrived in the form of Bob & Lea Ann (Cooking On The Ranch) and Heather (Rocky Mountain Cooking) along with their four dogs – to my knowledge, not a single photo was taken that evening as we were too busy enjoying ourselves.

After a little visiting and waiting to see what the weather would do, I finally fired up the grill, under the awning, in a light rain but brisk wind.  The burgers were served along with Lea Ann's Best Pasta Salad Ever and Soba Noodle Salad with Asian Peanut Dressing provided by Heather.  Everything was delicious and we hosted our first ever seven human and eight dog dinner party inside the RV and we could actually still move around some.

After a dessert of strawberry-rhubarb pie with ice cream, we adjourned to the outside (we had a break in the rain), sat around the fire, caught up with one another, and got to know new blogger buddy Heather.  It seemed a good time was had by all.

This guy was cruising over the park as I sat outside with my morning coffee. 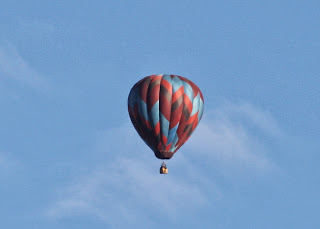 I would definitely recommend this campground including dinner with Lea Ann, Heather, and Bob if you can get them.  Chatfield even has it's own Prairie Dog community. 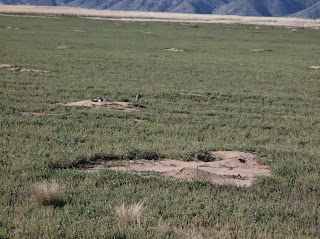 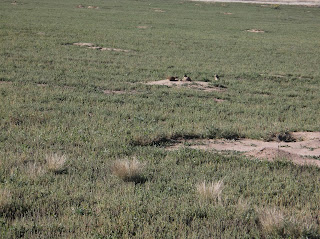 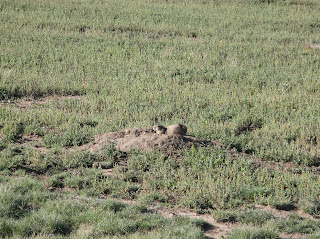