Bev wanted some Oysters Rockefeller and I’m only too happy to help make it happen, as we both love them.  As it turned out we also had a prime strip steak in the fridge left from a recent meal and we added some grilled potatoes, which are also a major favorite of Bev’s.

I washed the oysters mid-afternoon and shucked and ate the little ones along with a little cocktail sauce and lemon – cooks treat you know (shucked the others just before using).  The potatoes got washed, a skin cut taken off each side, then cut into half-inch slices and par boiled to almost done.  Then, the top side was brushed with canola oil and seasoned with Sint Maarten Jerk Seasoning. 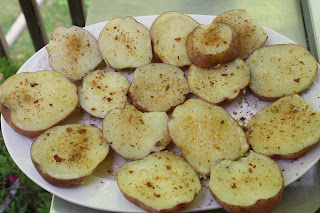 After putting them on the grill, I repeated for the top side and after flipping, I brushed with melted parsley butter and added grated parmesan.

The steak sat on the counter for a couple of hours and per Chris at Nibble Me This, I cut it in half, tied with a string to create Manhatten Filets, and seasoned with the jerk seasoning, yep you heard right.  I can count on one hand the number of times I’ve cooked prime beef. 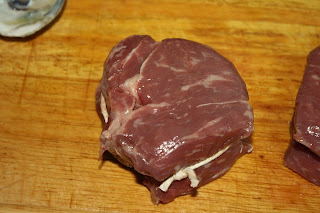 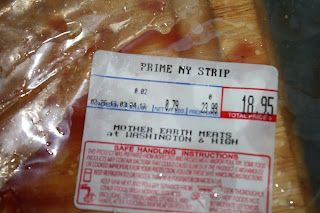 The oysters got our normal oysters Rockefeller treatment.

The potatoes (med heat) and steak (high heat) went on at the same time and when the potatoes were done I moved them over to indirect heat to keep warm. 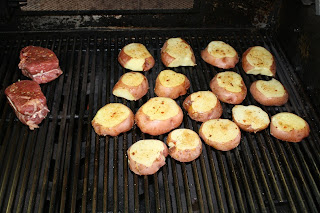 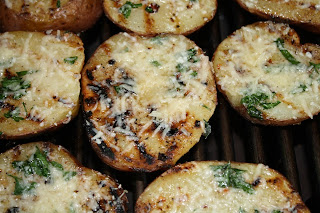 After the steaks were flipped I cranked the running burners up to high, added the oysters and closed the lid to get some flaming going on.  As the oysters started to bubble, I moved them to the lower heat at the front of the grill. 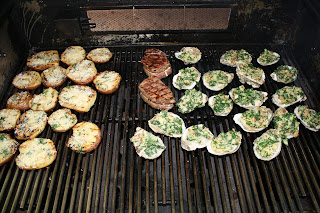 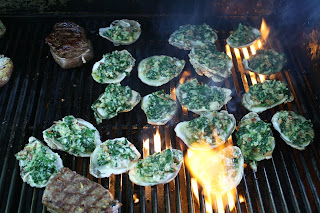 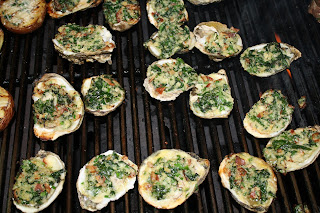 The steaks came off at 127* and rested for a few minutes before cutting. 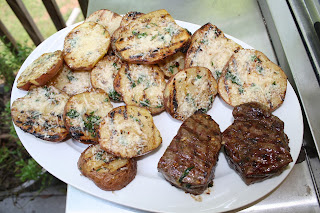 This is my plate, but I went back for more oysters - they're mostly just shell you know. 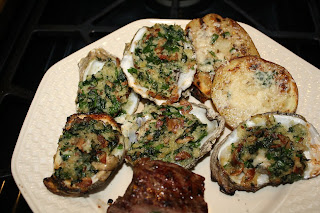 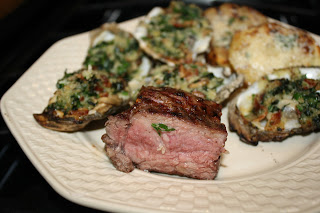 Everything was delicious and the only things I’d do different is use more spice on the potatoes and not let the steak get too done while fooling with the oysters.  We've now used the Jerk Seasoning several times and, surprisingly, have liked it on everything so far.