The Power Shopper Is Home

Bev made it home safe from Gatlinburg on Friday carrying several bags – I knew the serious shopping, or at least buying, wouldn’t happen until I left. One of the traits Bev inherited from her Mom is an overwhelming need to get the best possible deal and she’ll spend lots of time a gas money to be sure she does – probably more than she saves. So I’m sure she spent her time while I was there just accumulating info for the actual buying that would come later. She obviously spent most of her time in kitchen stores as I brought two bags full home with me and she brought more.

During one of our phone conversations, she advised she was bringing me a surprise and sure enough, it was. 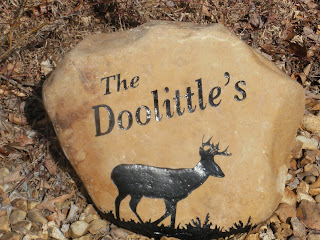 I think it will look great against the red leaves of the Japanese maple when in leafs out. 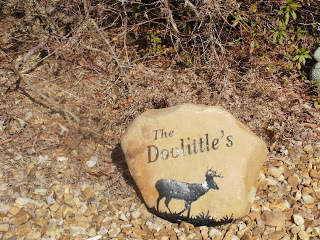 I’ve never had a pet rock before and I love it. It’s 20”x18”x5” and must weigh a hundred pounds - I could barely get it unloaded - not too worried about someone carrying it off. It came from the Sandman’s Workshop, which is located in an artsy community outside of Gatlinburg called The Glades – this is the real art verses the mostly junk found in downtown. The design is sandblasted into the rock then the relief is painted. Nice thing about this craft is the primary material is free as these round sandstones are everywhere in this area – I’ve removed hundreds of smaller ones from my garden.

She also bought a little all copper fountain for the sun room which was made by Artisan Greg Hooker at the Fountains of Living Waters. 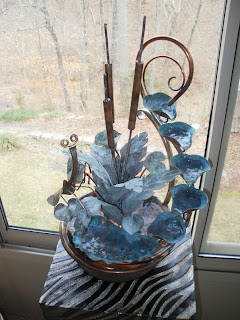 If you can’t find it in the Gatlinburg/Pigeon Forge area, it may not exist.

I read in the paper this morning that they will be paving part of US-441 over the mountain beginning March 1, so if planning a trip to the area, you may want to avoid that road until you know it’s completed.