I haven’t made many of Kevin’s recipe’s over the years because they often required more effort than I wanted to expend but when he published his 2016 favorites on his Closet Cooking blog, the Spinach and Artichoke Skillet Chicken with Sundried Tomatoes really jumped out at me, as did a couple others.  His recipe called for four 6 ounce breasts, but since I had 36 ounces of meat, I increased everything by 50% to get this:

Directions:
1. Heat the oil in a pan over medium-high heat, season the chicken with salt and pepper, add the chicken to the pan and cook until lightly golden brown on both sides and cooked through, about 5 minutes per side, before setting aside. (I cooked them to an internal temp of 160F then piled them up as the thinner ones got done) 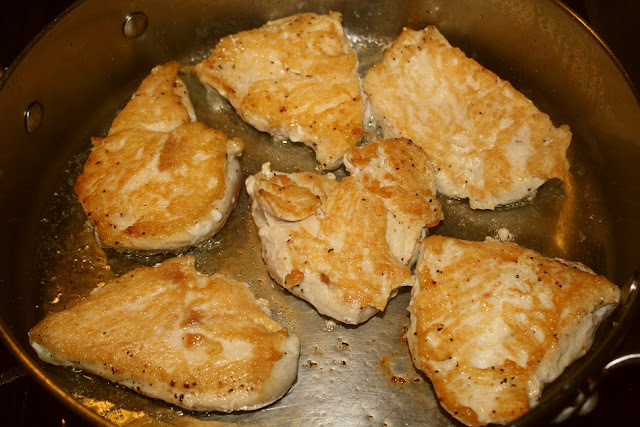 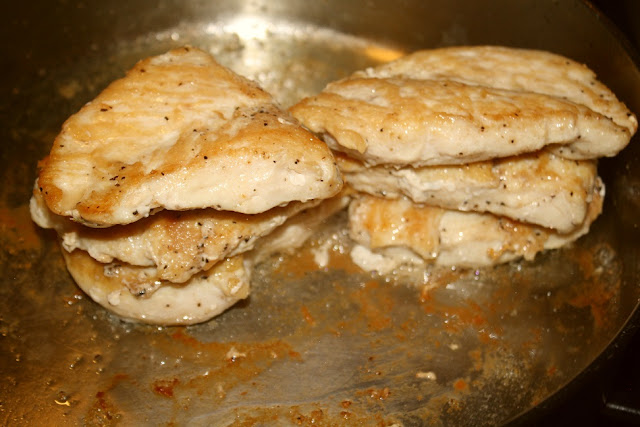 2. Add the garlic and red pepper flakes to the pan and saute until fragrant, about a minute.
3. Add the broth and deglaze the pan.
4. Reduce the heat to medium, add the cream cheese and cook, stirring, until the cream cheese has melted, about 2-4 minutes.  The cubes melt quicker if you mash them down with the back of a spatula.
5. Add the spinach, artichokes, parmesan and sundried tomatoes and cook unit the spinach has melted before adding the chicken to reheat and the tomatoes. 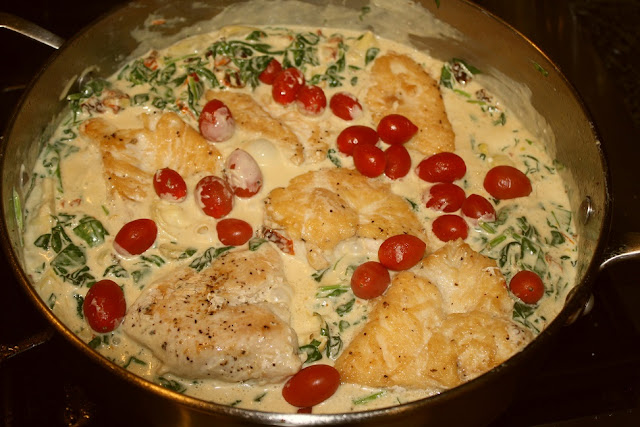 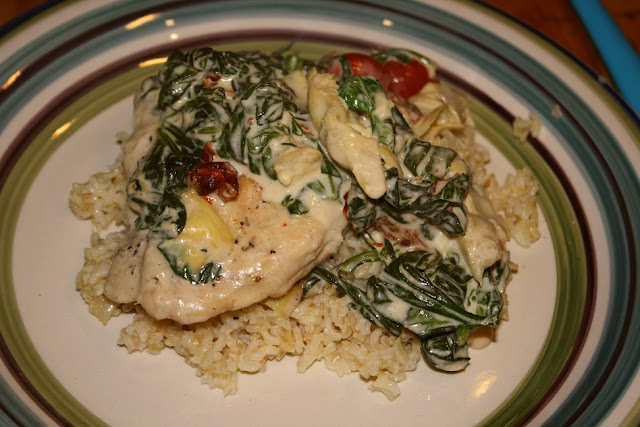 Our neighbors, Pat & Steve, joined us and we all thought it was totally delicious and now we have some more friends we want to try it out on.  Be sure to head over to Kevin's site (link above) for the original recipes and several good pics that will likely inspire you to make it too.