Lemon butter sauce is one of our favorites especially with the addition of garlic and/or capers. So when Kate over at A Spoonful Of Thyme posted her recipe for chicken piccata, it was one we had to try.

I followed the recipe as written, except tossed in some mushrooms that needed to be used and I only had half a lemon for slices. We like brussel sprouts, steamed then tossed in lemon-butter-garlic sauce and I decide this sauce was close enough so we used it. We also decided to have a starch and selected orzo, but wanted a sauce for it, so I just made double the amount of sauce. I ended up using the sauce for everything and while this may not be something we would normally do, it gave us the opportunity to evaluate the sauce three different ways.

I began by boiling the pasta water and then steaming the sprouts and then cooked the chicken and mushrooms per the recipe and set them separately in the toaster oven to stay warm. I tried to time it so the sprout steaming and orzo would be done at the same time. I then doubled the sauce amount in the pan, and sautéed the sprouts briefly in the sauce, then added back the mushrooms and chicken for a couple of minutes and plated everything adding sauce atop the chicken and orzo. 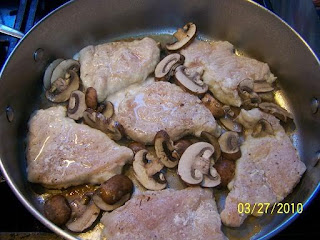 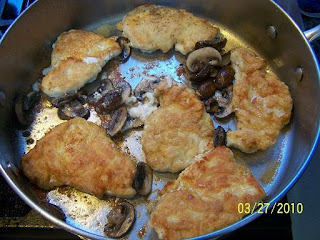 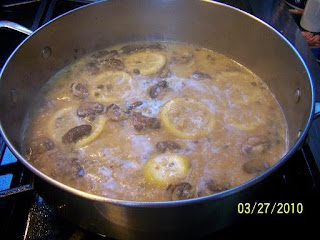 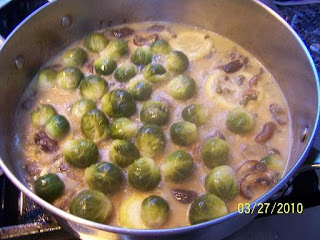 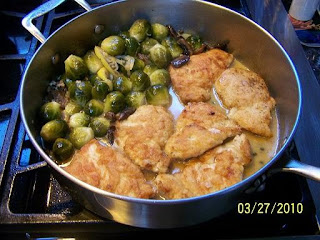 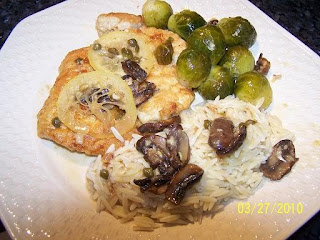 When I make this again, the only thing I’ll change is not doubling the lemon amount as the sauce was a little too tart on the orzo. Thanks Kate for a delicious meal.

By the way, I had a little Asiago Cheese Grits left over from supper Friday night and topped with a fried egg, it made for a dandy Saturday morning breakfast.

One of the bad things about winter is the weather is cold and dreary and one of the good things is that grass won’t grow in those conditions – this is the mow every three days time of year for me. Have a great one and thanks for stopping by.

GO MOUNTAINEERS - It's WVU to the final four for the first time in 50 years and only the second time ever.