Tapoco For Lunch And A Couple Of Breakfast Meals

Our RV travel club didn’t hold a rally in June but a small group of us decided we would drive up US-129 (the Tail Of The Dragon) and have lunch at the Tapoco Lodge Tavern on June 15.  The 318 curves of The Dragon is 11 miles of hell for us old normal drivers and an absolute mecca for motorcyclists and sports car enthusiast.  This is a shot from the web of the back of the Tapoco Lodge showing the Tavern (umbrellas) and the Cheoah River . 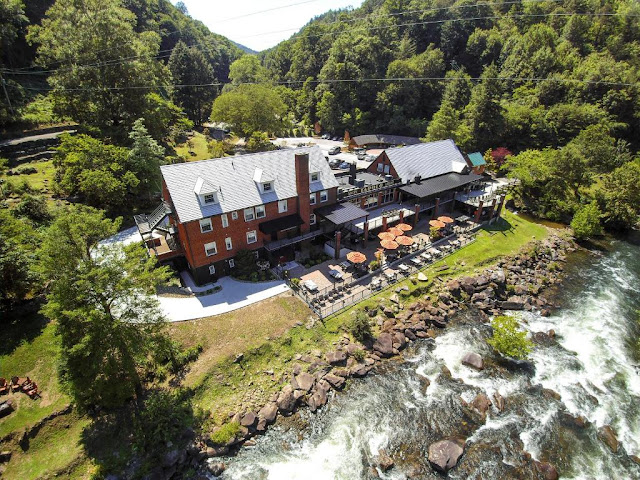 Even though it was a hot day, we opted to eat outside by the river and under a large umbrella. 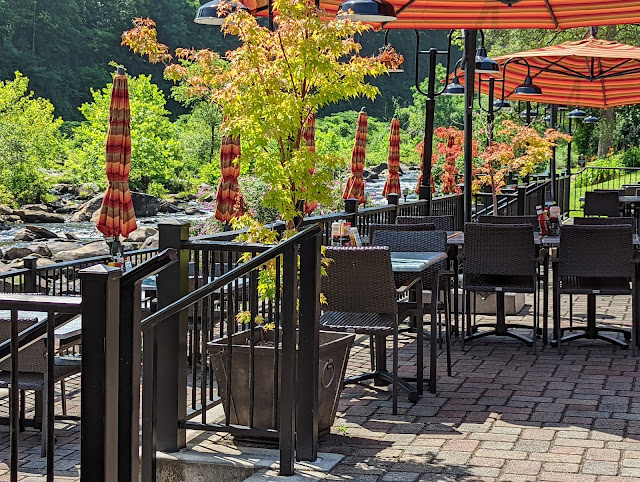 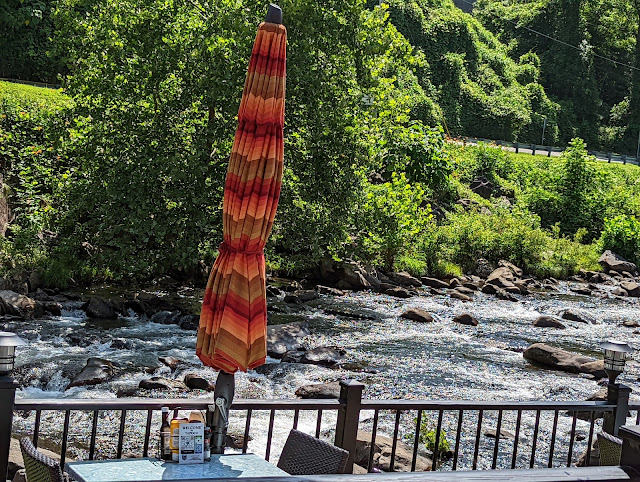 While we originally had a group of twelve, illnesses reduced the number to eight and this is us. 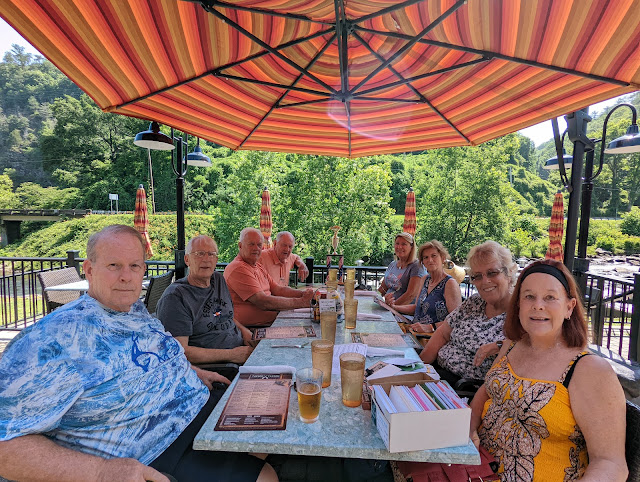 I began my meal with a cold IPA from a western NC brewer and can’t remember the name but it was very good but it was such a hot day, I added ice about half way thru - I like my beer cold. 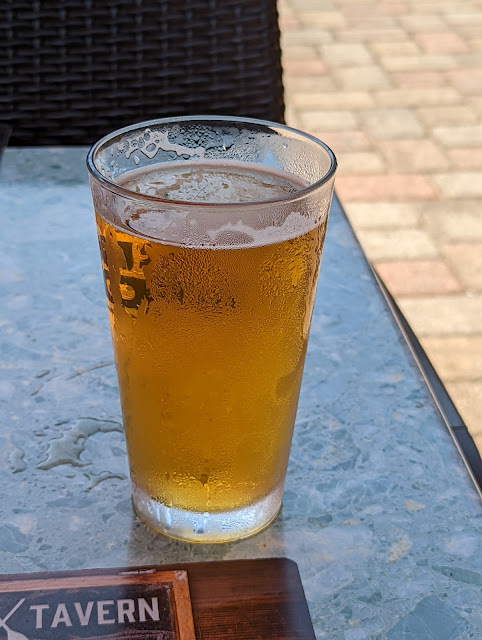 After studying the menu, I soon discovered that my two favorite items (onion rings and Greek salad) were no longer there so Bev and I decided to share a Slick Rock Pizza which is their version of a supreme.  We ordered a large so we would have plenty of leftovers as Bev likes to reheat them in the toaster oven for breakfast.  I forgot a shot of it but it looked very much like this. 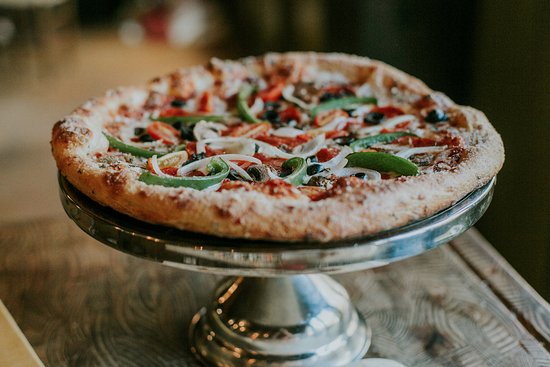 But I did get a shot of a slice of it and it was very good - we would order it again. 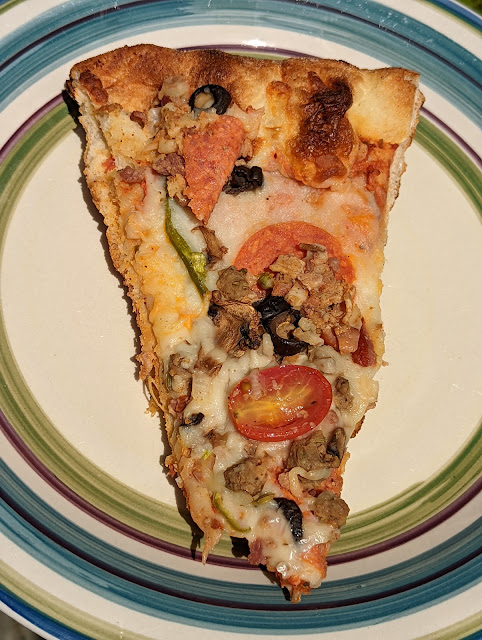 It was a very nice get-together and fun to catch up with one another.

A Friday or so ago, we had pulled pork tacos for our weekly get together and on June 18, I used some of the leftover pork to make a delicious breakfast.  I plated some pork, topped it with the leftover cheese sauce and some salsa then nuked to get it hot.  As usual, I topped it with a couple of sunny-side-ups and dug in. 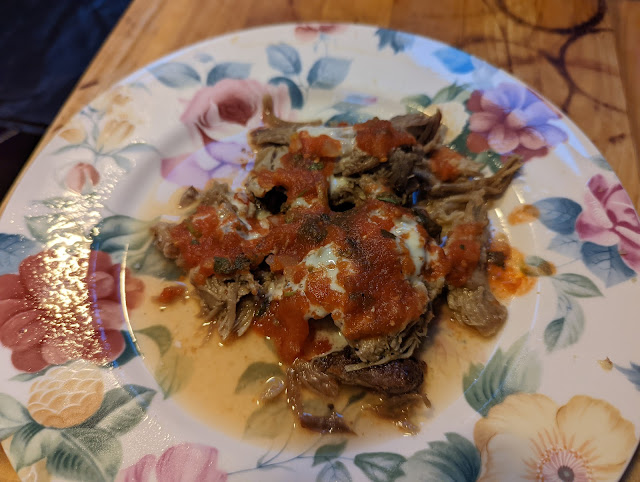 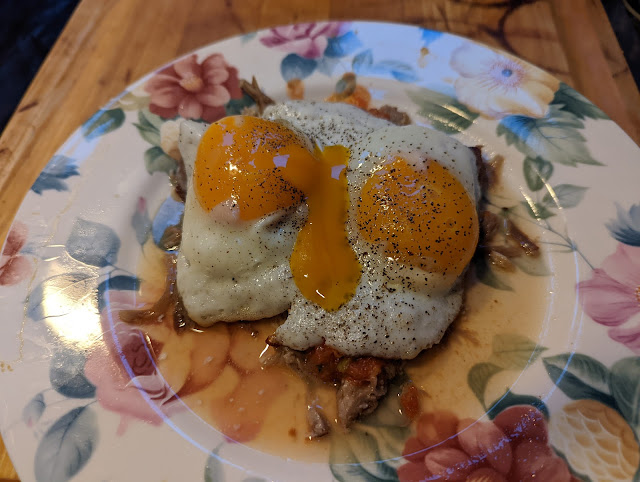 The night following our recent low county boil meal, we ate leftovers for supper but we still had enough of the potatoes, shrimp, and sausage for a nice omelet.  For breakfast on June 22, I cubed and fried the potatoes then sausage and when they were about done, I tossed in the shrimp just to heat them a little. 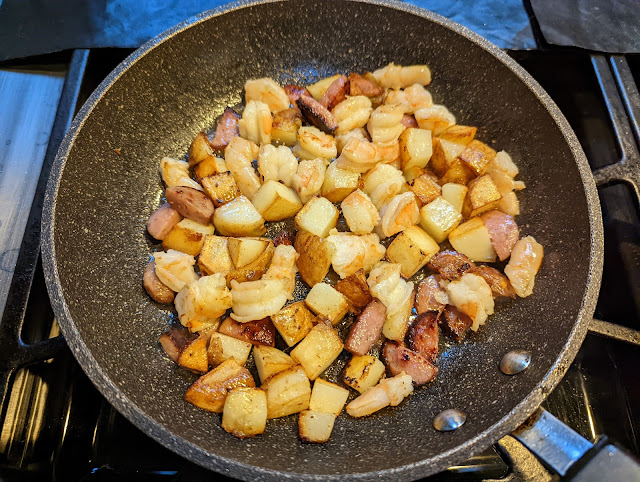 I then used the mixture plus some shredded cheddar to fill my restaurant style, three egg, two-fold omelet. 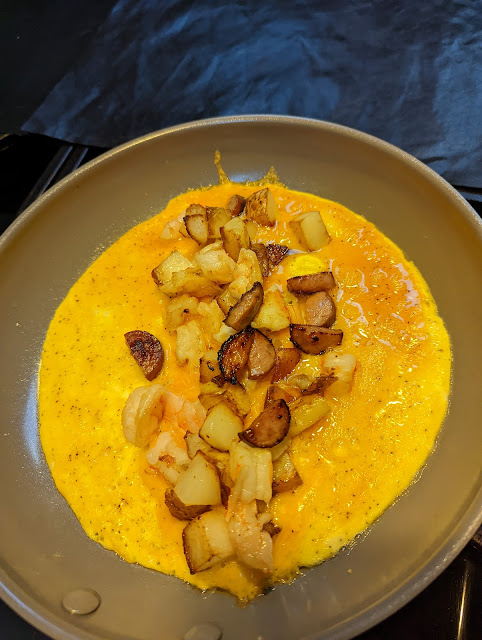 I flipped one edge over the omelet center in the pan then rolled the whole thing over the other edge as I plated it to get this after a dollop of remoulade. 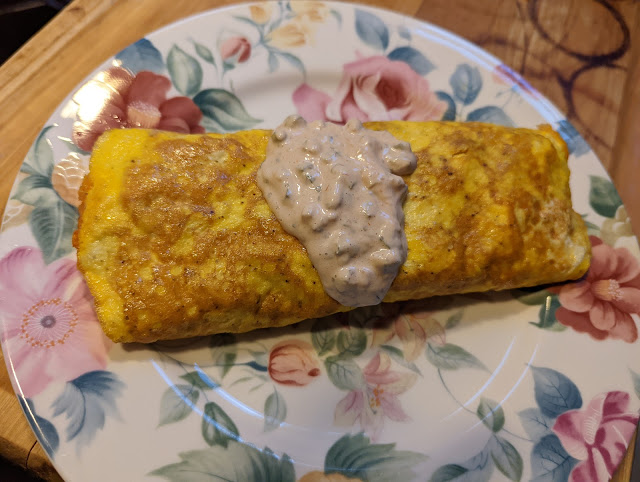 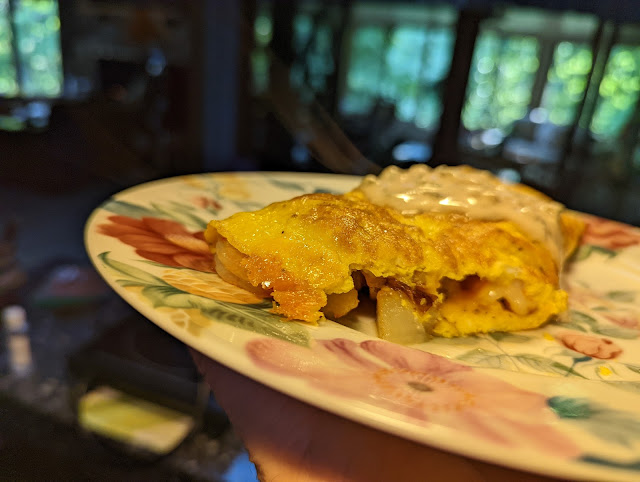 You taste each item individually when eating the low country boil but they worked very well together in the omelet and as expected, it was pretty darned good.