It’s A Bologna (aka Baloney) Kind Of Day

For some reason, we have gotten into fried bologna sandwiches lately and with fresh homemade bread from the previous day and sliced bologna in the fridge, this was the perfect day for them, so they became the supper meal.  A couple of years ago we visited Historic Rugby, TN and one of the trip highlights was my best ever bologna sandwich from R.M. Brooks and what really stuck in my mind was the thickness of their meat. 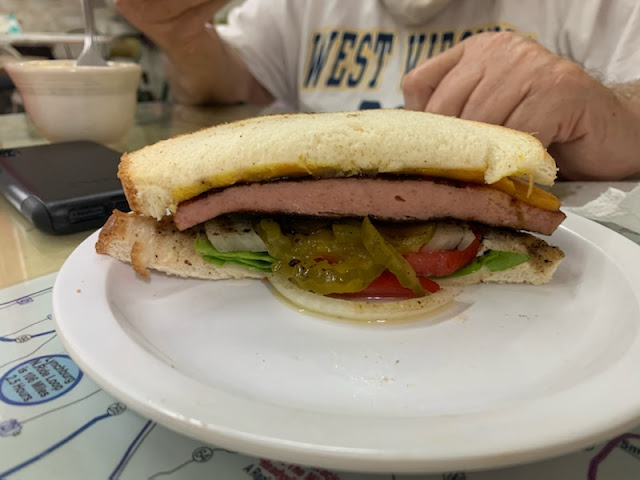 So when I went to Food City, I bought nearly ½“ thick slices of their German Bologna for our next sandwiches.

I’ll get back to the supper sandwiches later as it can’t be a baloney day with just a sandwich for supper.  For our last sandwiches, Bev bought her idea of thick sliced bologna and we still had a slice in the fridge so I decided to have it for breakfast.  Here’s a shot of the two thicknesses. 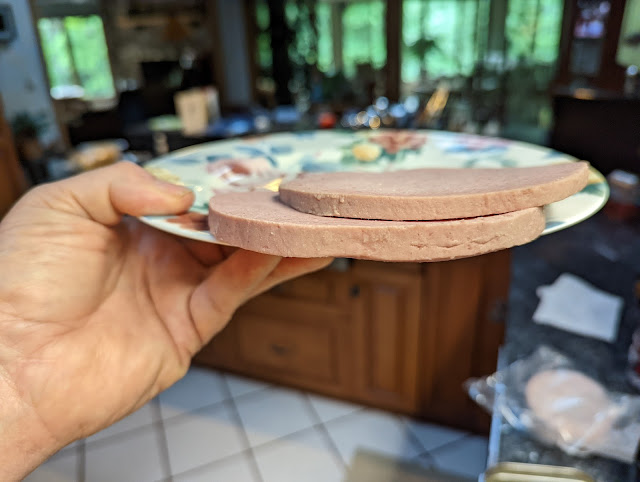 I fried the meat in a little olive with our normal puff-up-in-the-middle preventer, then flipped and topped with shredded cheddar. 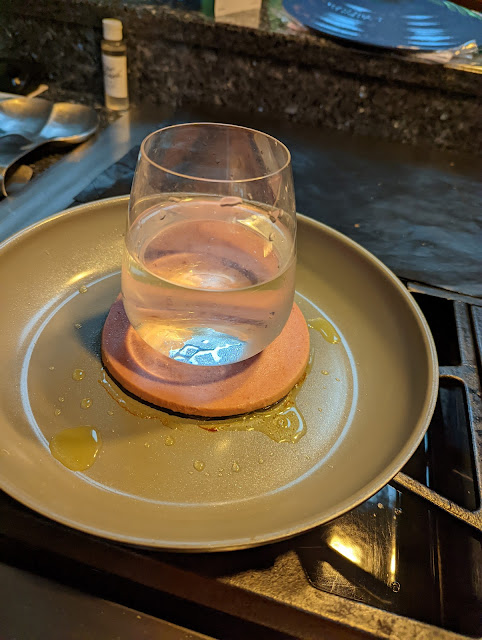 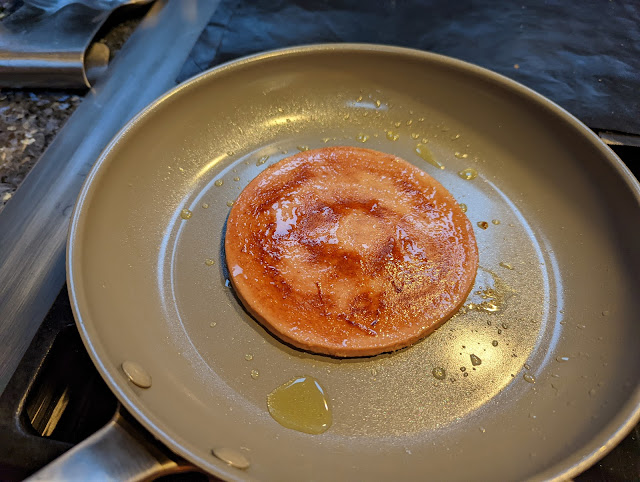 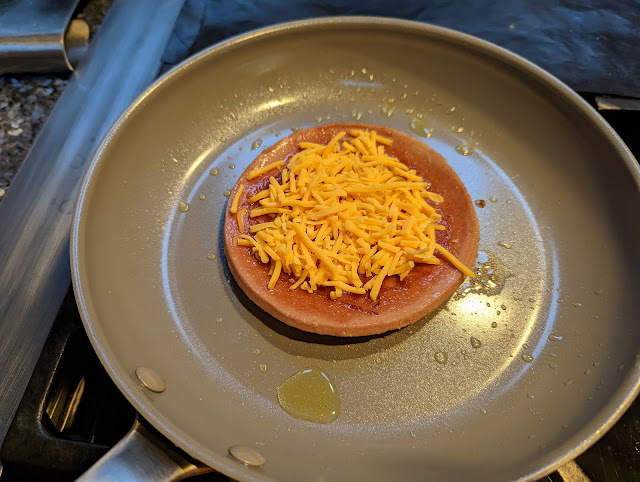 After flipping the bologna, I started two small eggs frying in another covered skillet and when both were done, I married them on a plate. 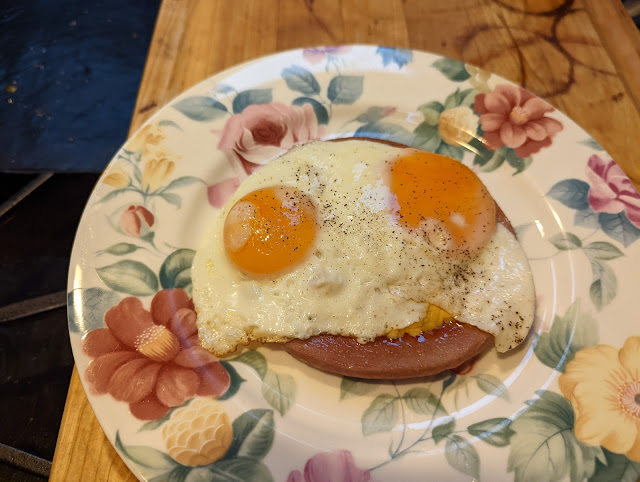 Even though one of the yolks broke a little, there was still plenty of rich, orange, runny yolk to smear all over the top.  It was delicious but I should have added a little chopped onion ahead of the cheese.  No need to salt the eggs as the bologna provided plenty.

Now for the main event.  Rather than a skillet, I cooked the meat on our griddle while Bev readied the sandwich makings – before frying, I nuked the meat to get it a little warm so I didn't have to get it too brown on the griddle while getting the center hot.

We set up an assembly line so everyone could build their own sandwich and I tried to replicate the sandwich from Rugby so, in addition to the meat and cheese, mine included mayo, onion, tomato, dill pickle, and lettuce. 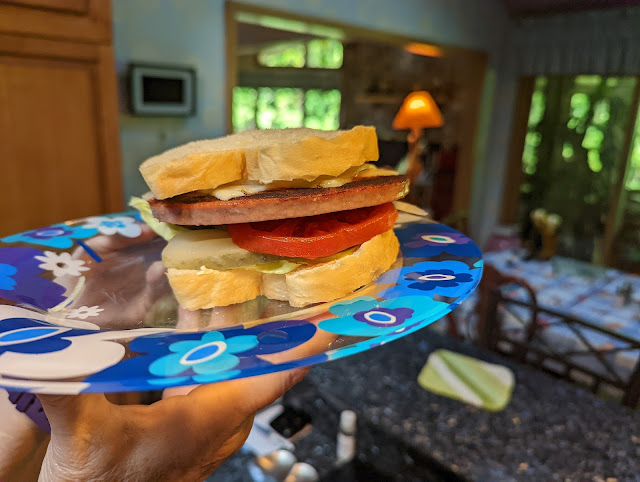 I can’t say it was better than the R.M. Brooks version so I’ll just say it was delicious and the first or second best fried boloney sandwich I ever had.  Our neighbors joined us and they enjoyed theirs as well.