When I bought a whole pork loin a while back, I sliced some of it at 3/8”-1/2” thick to use for schnitzel and when I saw Claudia’s recipefor Hunters Schnitzel  on her "What’s Cooking Italian" blog I knew it was the one I wanted to try.  The German name for schnitzel with mushroom sauce is Jägerschnitzel and I’ve eaten it in several German restaurants.   I followed her recipe as shown below but you can visit her site for some good how-to photos. 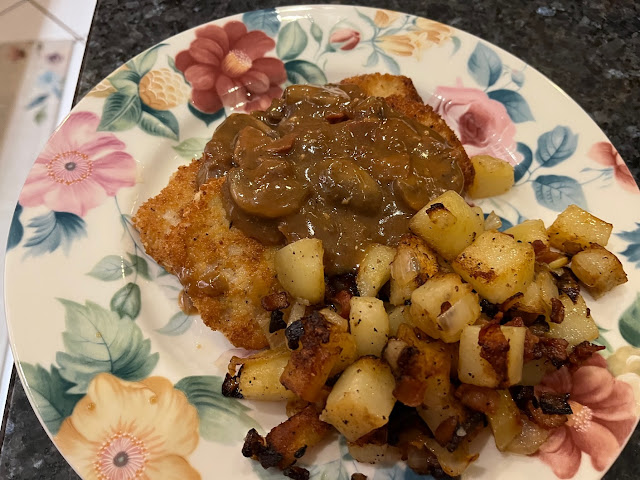 3 tablespoons Merlot, Cabernet, or other red wine you prefer (for non-alcohol just use the beef broth)

salt and pepper to taste

1. Place the pork chops on a board and pound until 1/4 inch in thickness with a meat pounder (Larry used a jaccard).

2. Sprinkle the meat with salt and pepper.

5. In another pie, plate add the seasoned breadcrumbs.

6. Dip the pounded meat into the flour, then egg, and then into breadcrumbs.

Note: I place each piece on a wax paper-covered cookie sheet until ready to fry and all the meat used is coated.

7. Heat oil in a large frying pan and add the meat. 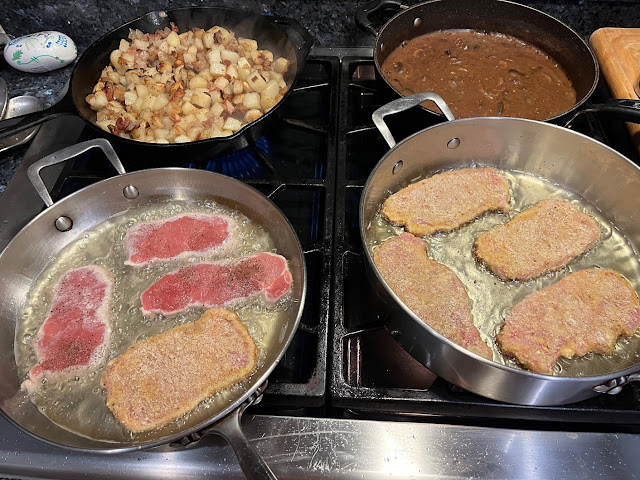 8. Cook 3 to 4 minutes on each side or until nicely browned. 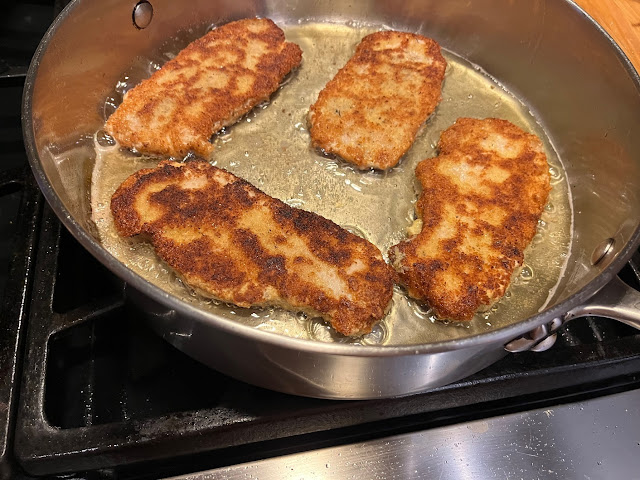 1. Fry the bacon until crispy.

2. Around 2 minutes before the bacon is completed cooking add the onions, garlic, and mushrooms.

3. Saute for around 3 minutes.

4. Add the flour, salt, pepper, paprika to the pan and whisk until smooth and lumps are gone on low heat. (Larry added some cornstarch to make the gravy thicker).

5. Whisk in the broth and wine.

6. Simmer around 5 minutes. Stir in the parsley and sour cream and keep it warm. 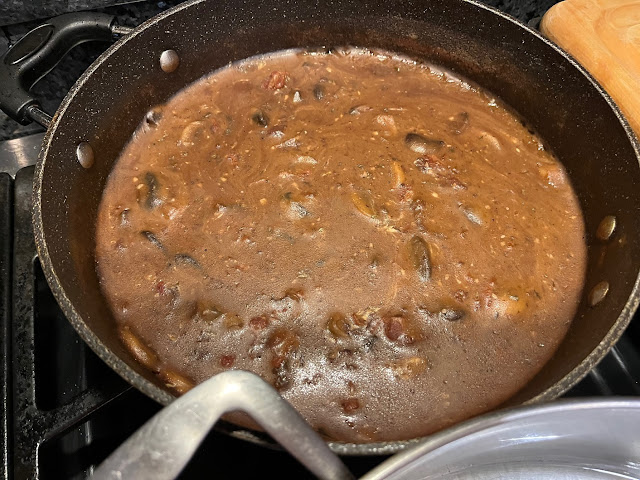 Fried Potatos With Bacon And Onion

1. Parboil the potatoes until almost done and cut cubes.

2. Cut bacon into ½” pieces, fry until lightly crisp, and remove to drain on paper towels.

3. Add the onion to the same skillet, cook until softened, and remove to a bowl.

4. Add the potatoes to the skillet and cook until crisp.

5. Add the bacon and onions back to the pan to reheat.

6. Stir everything together and serve topped with mushroom gravy if desired.

I cooked each item separately so it would be at the doneness I wanted. 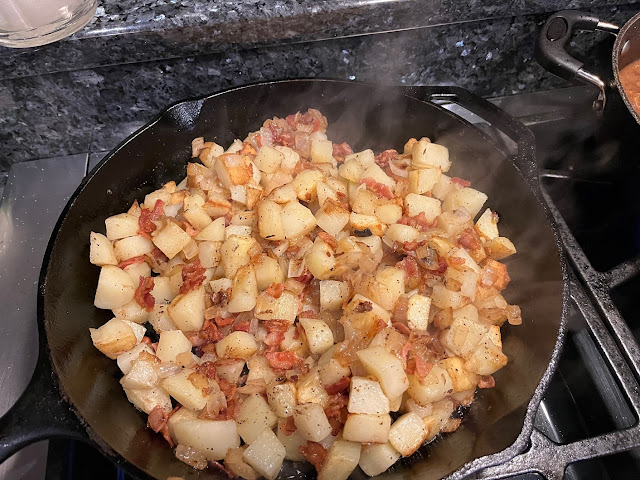 There are times when having a large cooktop is very beneficial as each burner can handle a 12” pan – we still had two burners available. 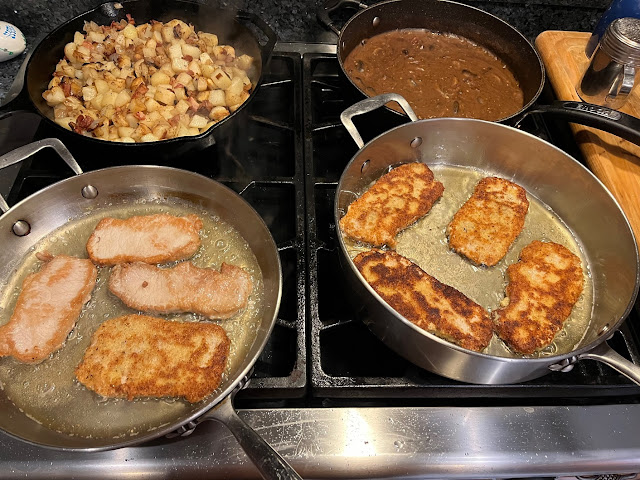 The pieces were not as large as I've gotten in a restaurant but I was the only one to eat two.  The un-breaded ones were for Joe who is watching his glutton. 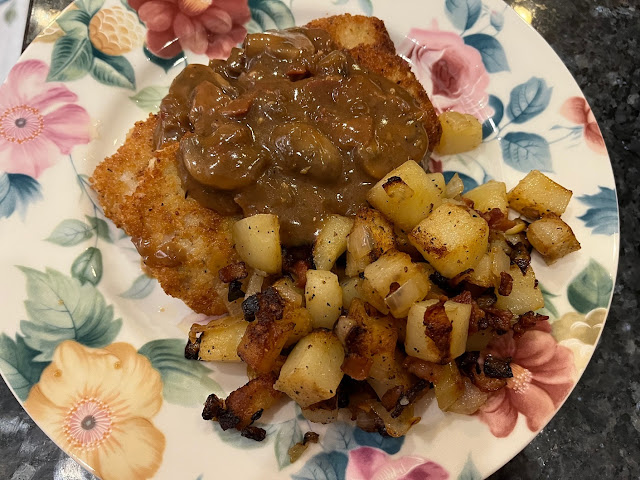 This meal was a major hit with everyone.  This may have been the best schnitzel I’ve eaten, and I’ve had it in Germany and Austria, mostly due to the mushroom gravy – it will definitely be made again.  The potatoes were also very good and a great compliment to the schnitzel.

You likely don’t pay much attention to my picture quality but it just made a major step forward with Bev’s purchase of a new IPhone with a really good camera.