I bought the dried peppers for my first attempt at Chile Colorado some time ago after seeing the recipe on Pam’s “For The Love OfCooking” blog.  Upon noticing that the recipe she used came from Isabel Eats and my recent success with her Chile Rellenos, I knew those peppers had to be put to use if these two good cooks made the recipe.  I had a couple of pieces of flank steak in the freezer needing to be used so they were the meat of choice and since I wanted to use a slow cooker, I varied the directions to do that.  I also varied the chiles as shown. You can click on the above link for the original recipe and more excellent pics like this one. 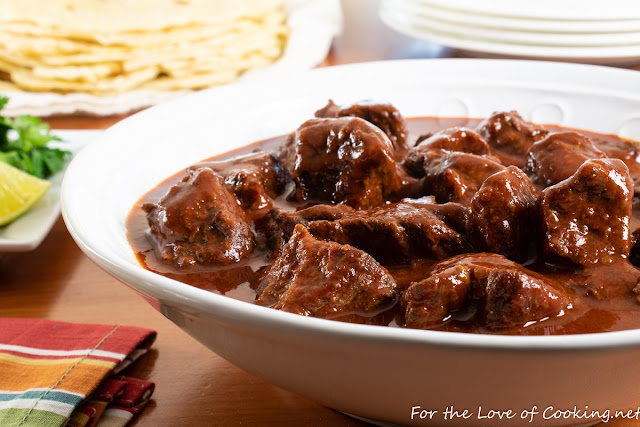 Chile Colorado – Adapted from For The Love Of Cooking

2. Cover with water until chiles & onion are completely submerged and bring to a boil over high heat. Once boiling, remove from the heat, cover with a lid and let it sit for 20 minutes to soften the chiles and to allow the flavors to mingle.

3. Using a slotted spoon, transfer the softened chiles & onion into a large blender (Larry used an immersion blender in a tall container).

5. Once the red chile sauce is as smooth as possible, pour it through a fine sieve into a bowl, pushing down on the solids to get as much sauce as possible. Discard the solids. Set the chile Colorado sauce aside until needed. (Larry didn't do this).

6. Prepare the meat by heating the oil in a large Dutch oven over medium-high heat.

7. Combine the cut beef with the flour, sea salt, and freshly cracked pepper together, to taste. In a bowl or zip lock bag; toss to coat evenly (Larry used his Bass Pro Shop Breader). 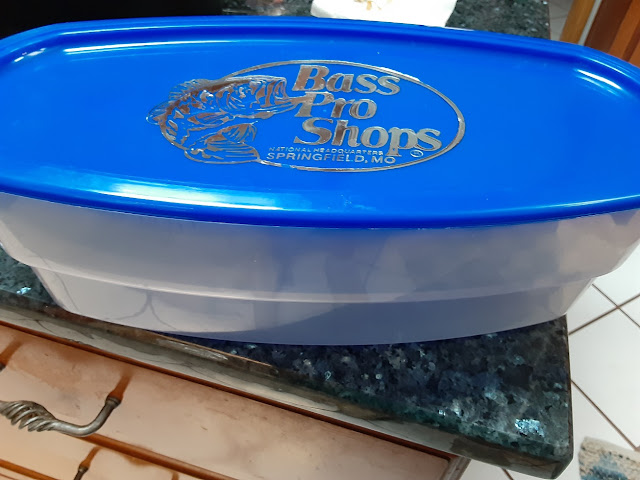 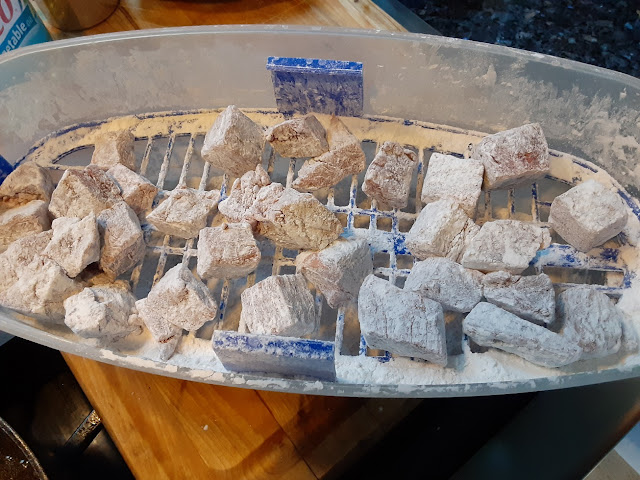 8. Once the oil is HOT, add in half the meat and brown on all sides, about 3-4 minutes; remove from the pan to a bowl and repeat the process with the remaining beef (Larry cooked in three batches). 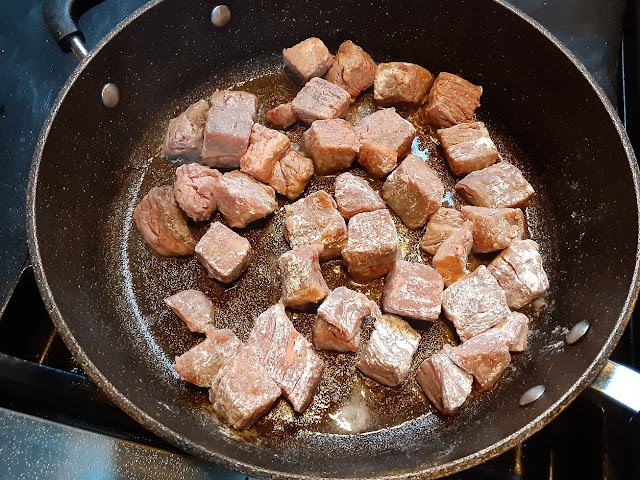 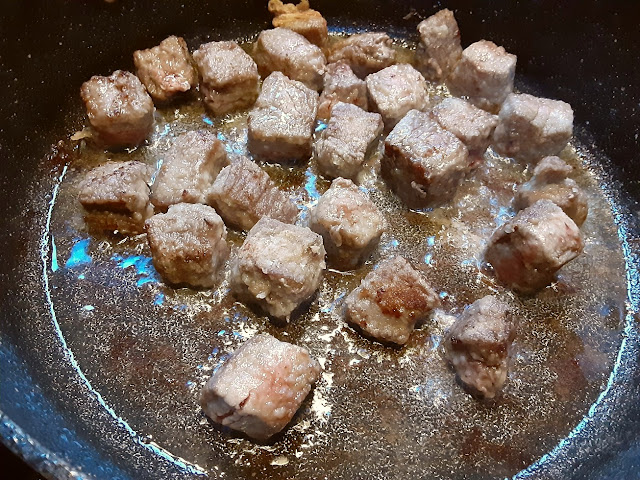 9. Once everything is cooked, pour out the oil and deglaze the pan with some of the beef broth scrapping up all of the brown bits.

10. Add this along with the browned meat, the red chile sauce, bay leaves, and the remaining beef broth to a slow cooker and cook on low for 6 hours until the meat if fork tender.

11. At the four hour cooking point, we didn’t think the sauce was rich enough so we added the chili powder and Chamayo.  We also added salt several times and used 2-3 tsp.

We served it with tortillas and Mexican salad (next post).  My shots are not nearly as good as Pam's. 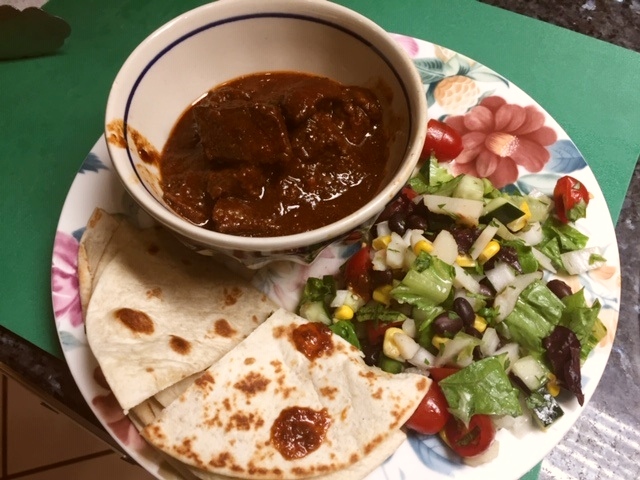 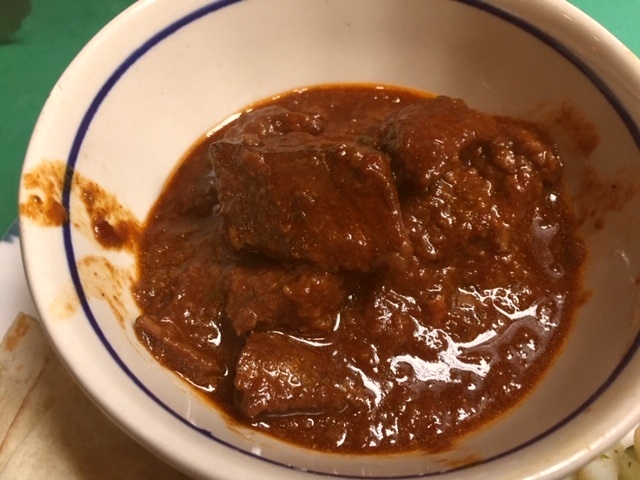 We all thought the Chile Colorado was very good and would definitely make it again – it had very little heat so I added a little cayenne powder to my bowl.  The hardest part of the job was prepping the peppers and getting the seeds out – I used scissors for the cutting and a knife to scrape out the seeds.  I believe that next year I will turn some of our poblano peppers into anchos but remove the stems and seeds prior to dehydrating. 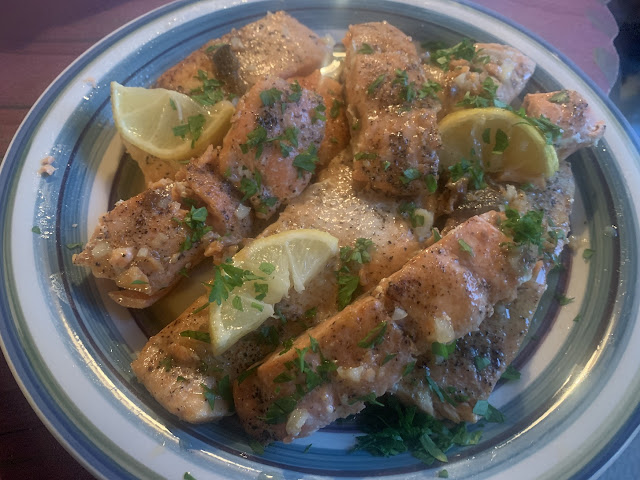 And we took advantage of a 72F afternoon to go for a boat ride but unfortunately we have few pretty trees along the lake.  The forest around here are mostly poplar, oak, and hickory which just get yellow and brown but it was still a fine boat ride. 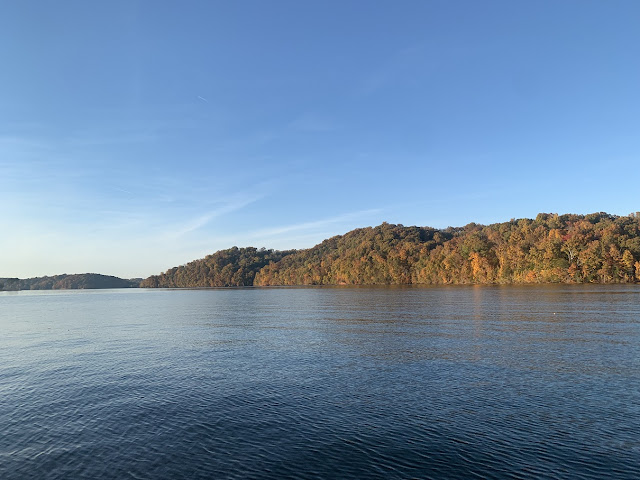 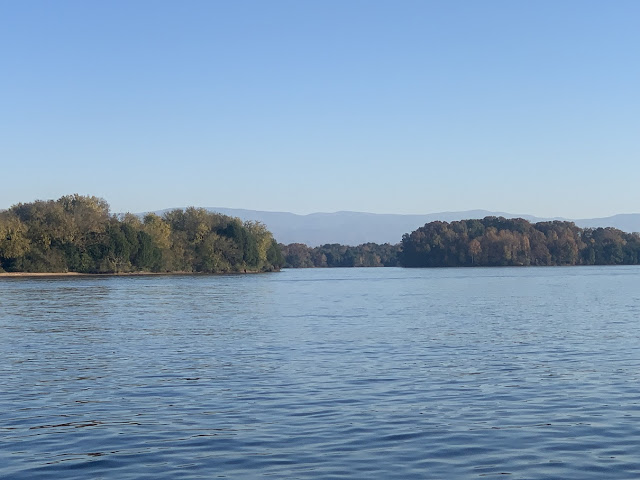 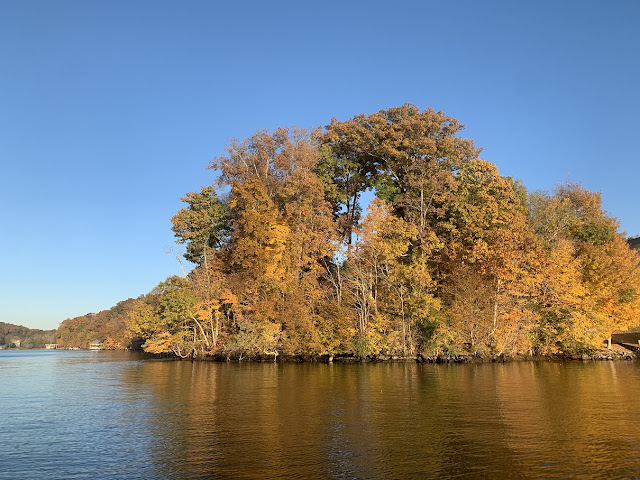 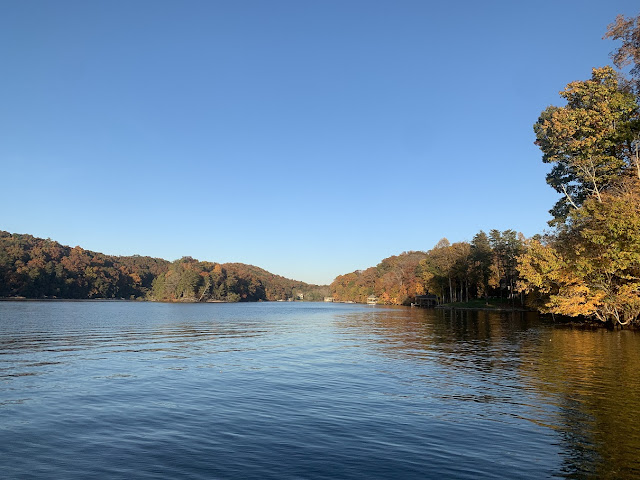 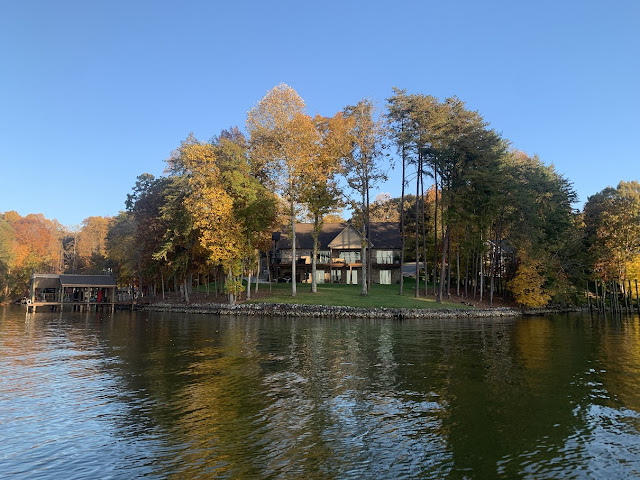 The second shot from the top is pretty special on a clear winter day when there is snow or hoar frost on the mountain.