We had plenty of leftovers from a recent batch of stewed okra and tomatoes and Bev decided she could make it into gumbo, which I thought was a brilliant idea.  She made up a dark roux from flour and butter and added it to the stewed okra along with some Creole seasoning to taste and some chopped rotisserie chicken. 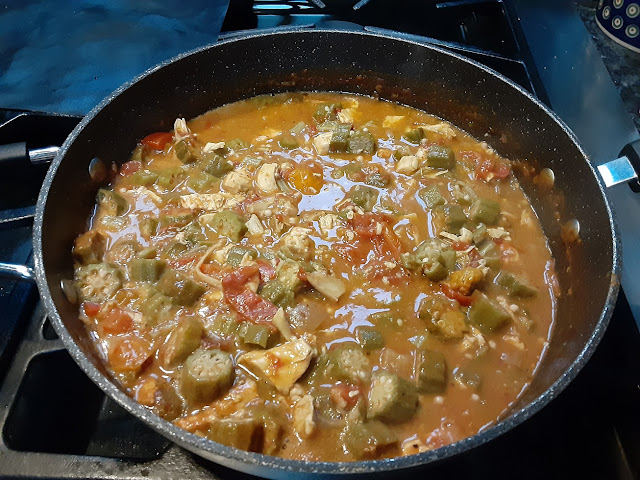 She served it in a bowl with some cooked rice for a delicious meal and this will be done again with the stewed okra and tomatoes we have in the freezer. 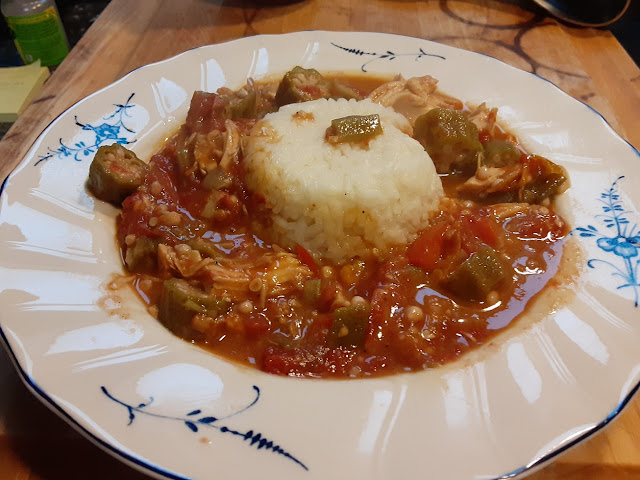 We made skirt steak fajitas a few days ago and while it had a great flavor, the meat was so tough it was nearly inedible so Bev came up with a second brilliant idea to use it for quesadillas by chopping it very small in the food processor.  We also tossed in the leftover peppers and onions for a spin or two to chop and mix them with the meat.

We spread the meat mixture on half of a flour tortilla, added shredded cheddar cheese on the other half and heated on the griddle with a lid on top to get this. 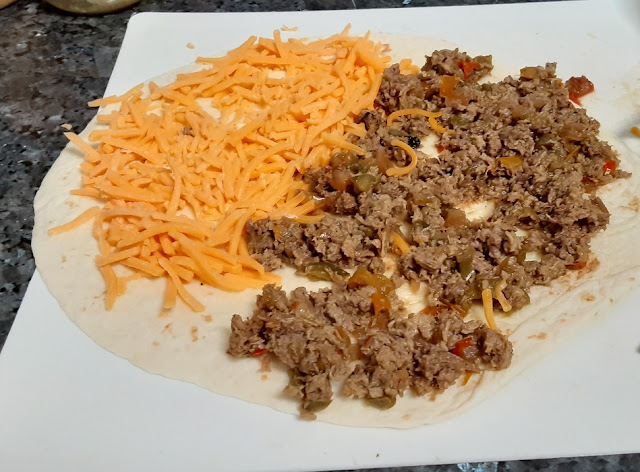 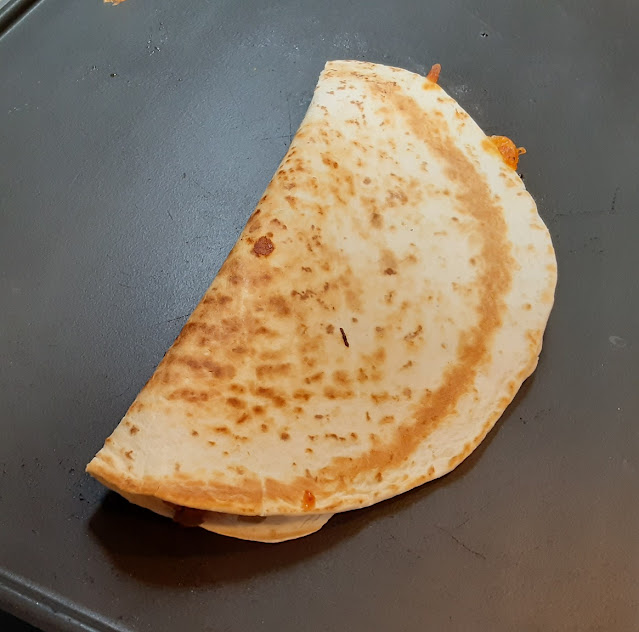 Along with sour cream, I added some pico and guac to get the first shot followed by Cindy's. 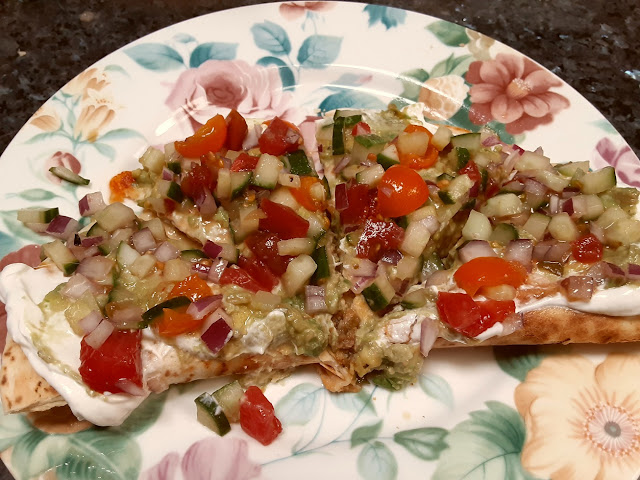 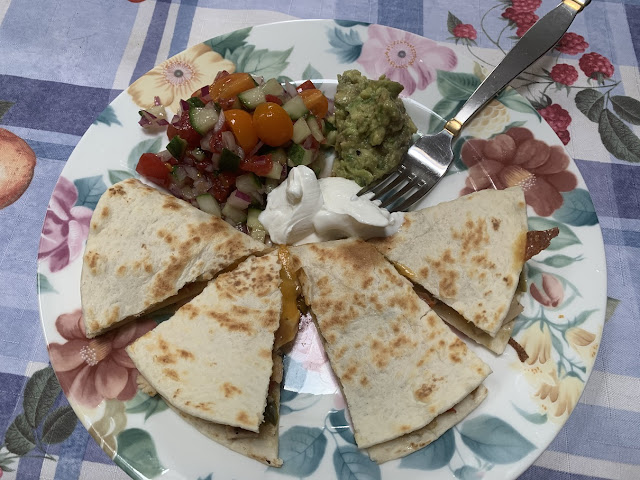 The quesadillas were delicious with no hint of tough meat so we now have a use for all such meat in the future.

In addition to her great fajita idea, Bev decided to make a butterscotch pie for dessert using a recipe from theCookie Madness blog, which she followed with one exception.  Check out their website for the original recipe and more shots like this. 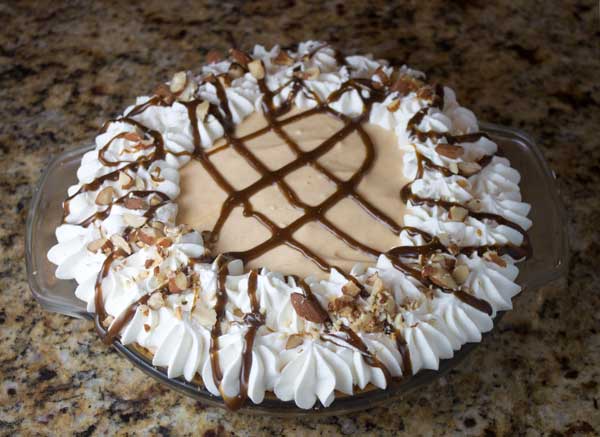 14 oz can of Eagle Brand regular or light condensed milk

1. Mix together the graham cracker crumbs, sugar and butter. Press into a 9 inch pie dish and bake at 375 for 7 minutes. Let cool completely.

2. Beat the 8 oz of heavy cream until stiff peaks form. Set aside.

3. In a large mixing bowl, using a handheld mixer, beat the cream cheese until fluffy. Gradually add the condensed milk and beat until smooth, then beat in the pudding mix and the water. Beat until smooth.

4. With a rubber scraper, fold in the whipped cream.

5. Transfer to the pie crust and chill for about 2 hours or until ready to serve.

6. Meanwhile, combine the other 8 oz of heavy whipping cream with 2 tablespoons of sugar in a chilled mixing bowl (preferably metal). Beat until stiff peaks begin to form. Beat in vanilla. Pipe whipped cream around edges.

7. Garnish with sundae topping and sprinkle edges with chopped nuts.

Bev didn’t add the topping or any of the garnishes but it was still outstanding.  She used the cream cheese cheese we had on hand but will use the regular kind next time.