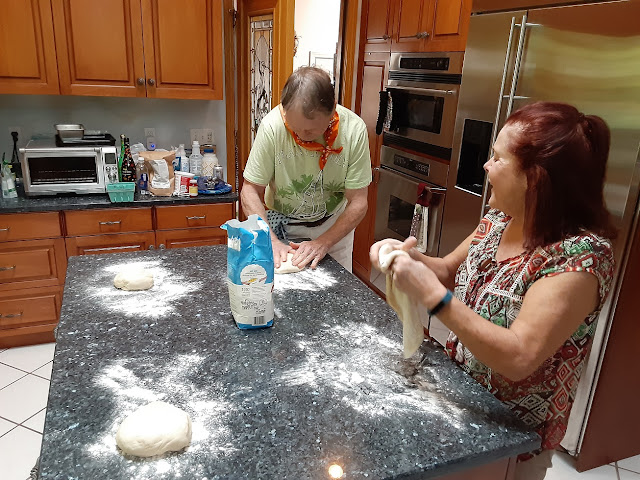 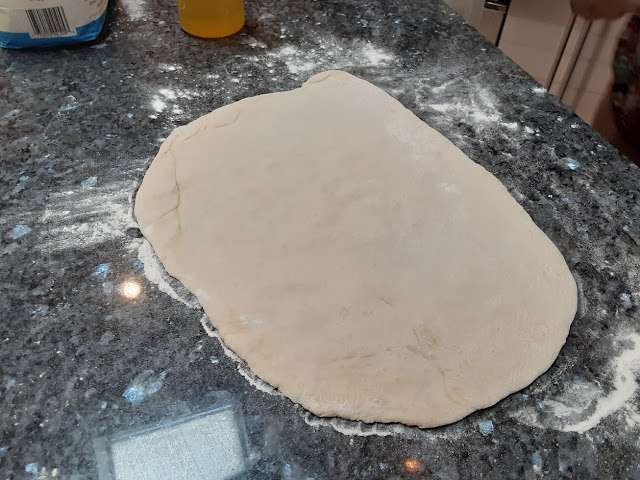 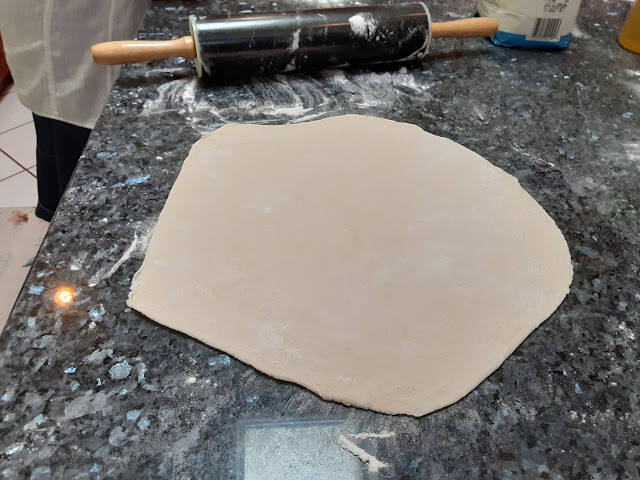 After we got them all ready, I cooked them two at a time on the grill to get the first side crispy them flipped and cooked the second side just enough that it would not stick. 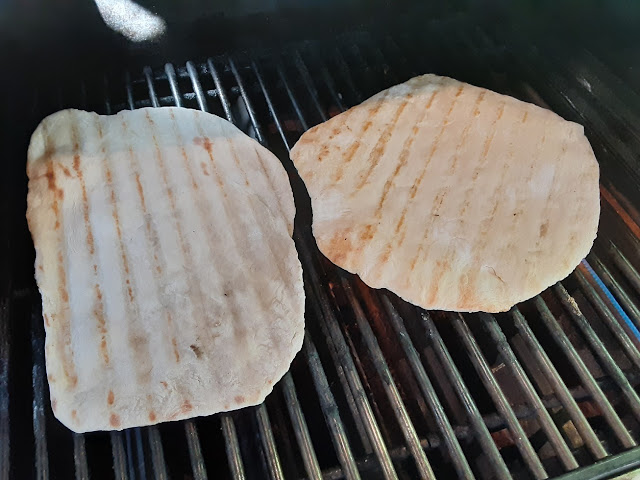 Then they were taken to the kitchen where we each added the desired toppings, choosing from pepperoni, mushrooms, red onion, sweet peppers, green and black olives, and mozzarella & cheddar cheese.  We used Rao's marinara or olive oil as sauce.

After topping, they went back on the grill over low heat with the lid closed until the bottom was brown (the veggies were done and the cheese melted).  I can’t believe I forgot pre and post cook pics but here are mine and Cindy's after cutting - I got plenty of cheese on mine and the toppings went clear to the edge - I don't like the untopped crust around the edge of most pizzas. 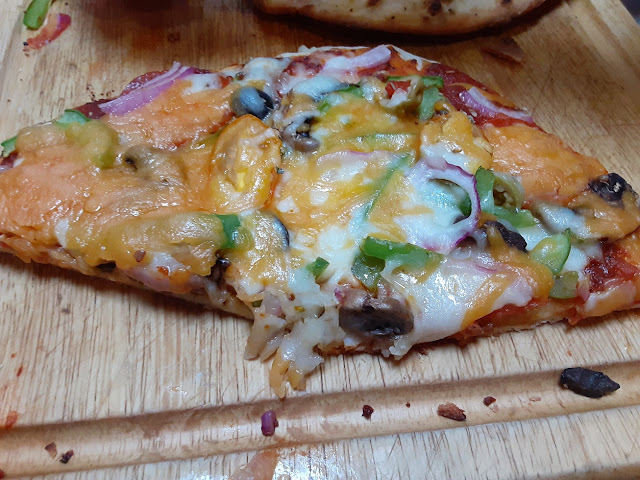 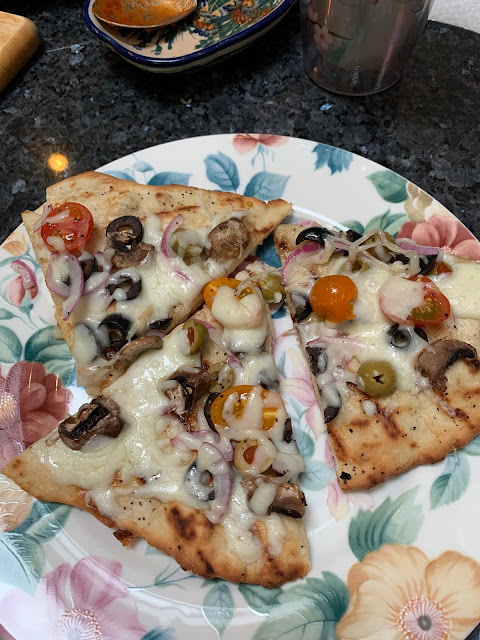 Everyone thought they were great with a nice crispy crust and tasty toppings – some of everything on mine.  Pat showed up late and ate some leftovers and Joe took some home to share with his wife – we had only eaten about a half pizza each so next time, it will only be one recipe of dough for 4-5 individual pizzas.

While Bev was on a roll in the kitchen she decided to whip up a batch of shortcake using a new recipe that she found at Allrecipes but she changed a bit based on comments on the site.  You can get the original by clicking on this link.

Slice the strawberries and toss them with 1/2 cup of white sugar. Set aside.

In a medium bowl combine the flour, baking powder, 2 tablespoons white sugar and the salt. With a pastry blender cut in the shortening until the mixture resembles coarse crumbs. Make a well in the center and add the beaten egg and milk. Stir until just combined.

Spread the batter into the prepared pan. Bake at 425 degrees F (220 degrees C) for 15 to 20 minutes or until golden brown. Let cool partially in pan on wire rack.

Slice partially cooled cake in half, making two layers. Place half of the strawberries on one layer and top with the other layer. Top with remaining strawberries and cover with the whipped cream. 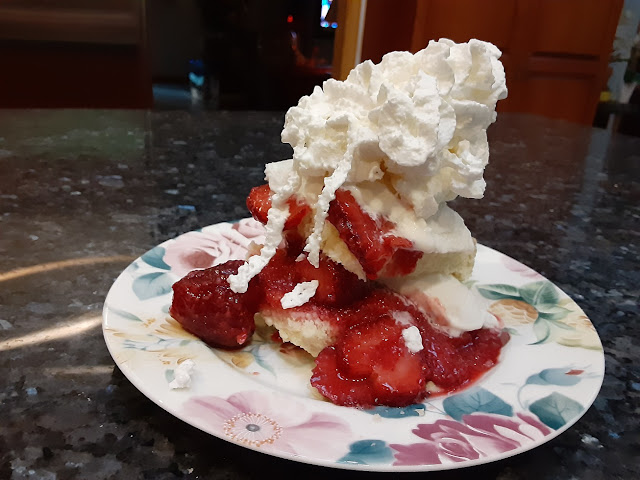 It was delicious and much easier than making individual shortcakes - Bev had wanted to try this method and it will be the go-to recipe going forward.  Unfortunately this may be the last of the local strawberries for this year and we refuse to buy the tasteless ones from the store.
Photos can be enlarged by clicking on them and the blue words are links.