On Monday, we decided we would check out the local Indian Reservation which included a drive by their Desert Diamond Casino then the Mission San Xavier (Catholic Church) and then about 60 miles down to Sells, AZ which is a main town for the Tohono O’odham Nation. 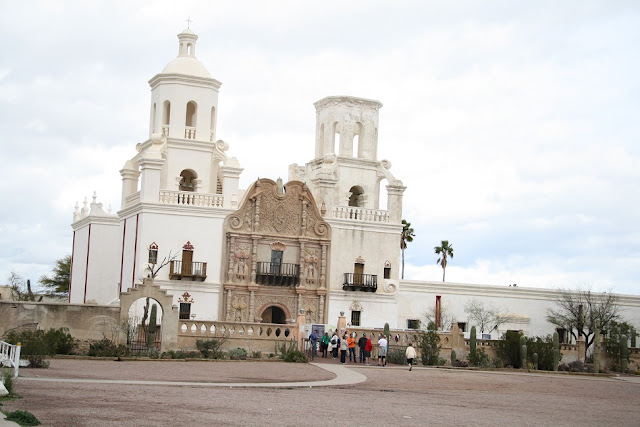 We were in search of their Heritage Center but after going to Sells then on to Topawa we never did find it, but we got some great views but few shots of the desert and mountains under cloudy skies. 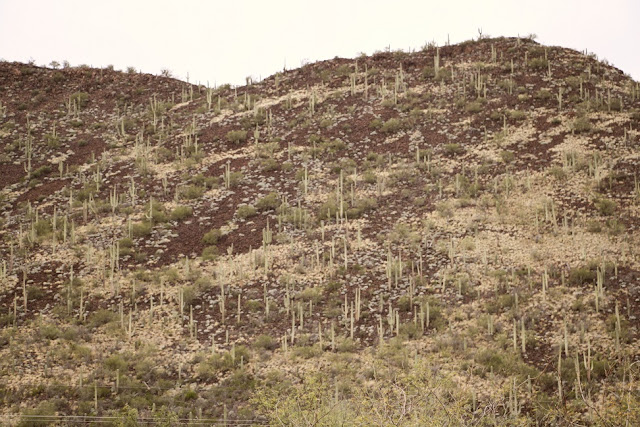 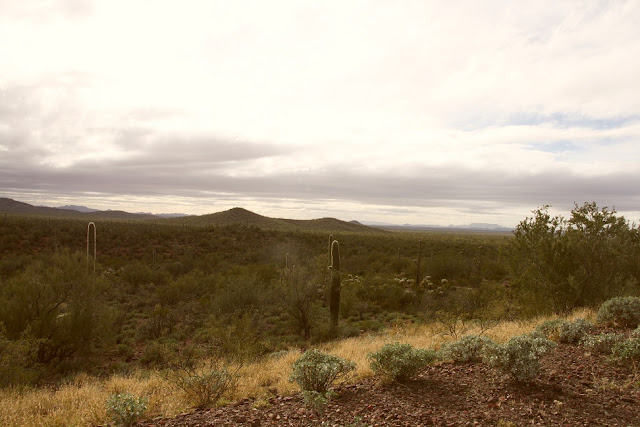 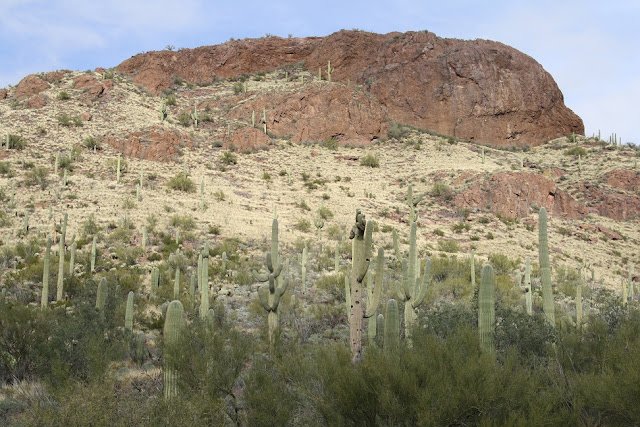 We got back to the west side of Tucson and went to Los Nopales (The Prickly Pear) for supper – it had 5-star ratings and great comments (“the best Mexican food in Tucson” from one person) on Trip Advisor so I was a surprised to find a little hole-in-the-wall place, but we actually like to go to these places and seek them out. 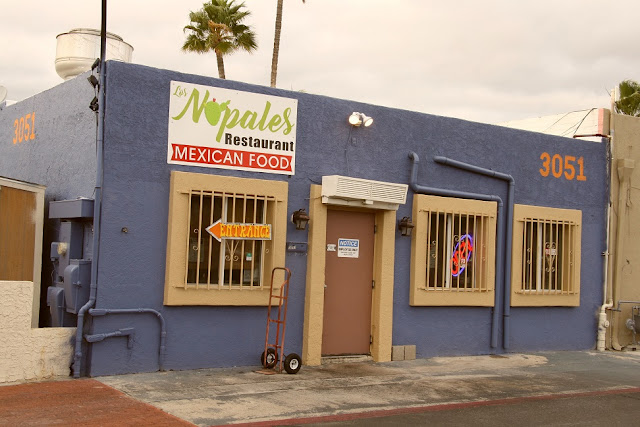 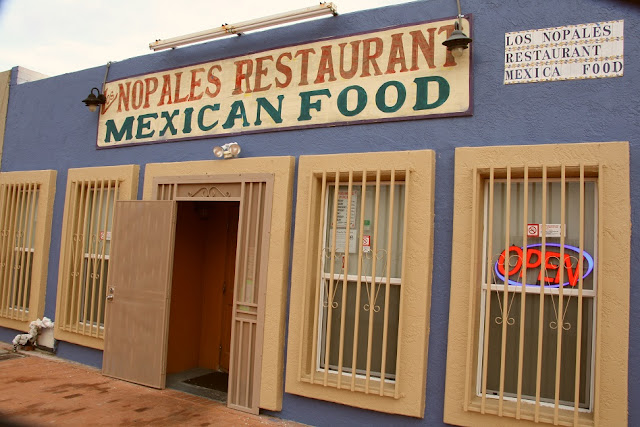 I had Carne Asada Enchiladas with green sauce, Bev had a Chile Relleno & Taco, and Pat had Beef Tacos and all meals came with beans and rice and began with chips and salsa, which I thought were both good but nothing special. 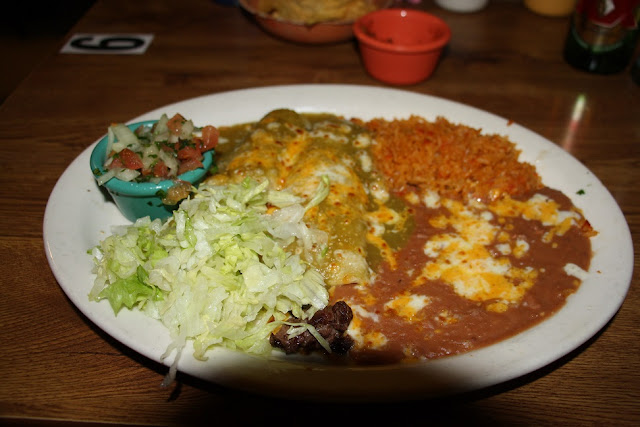 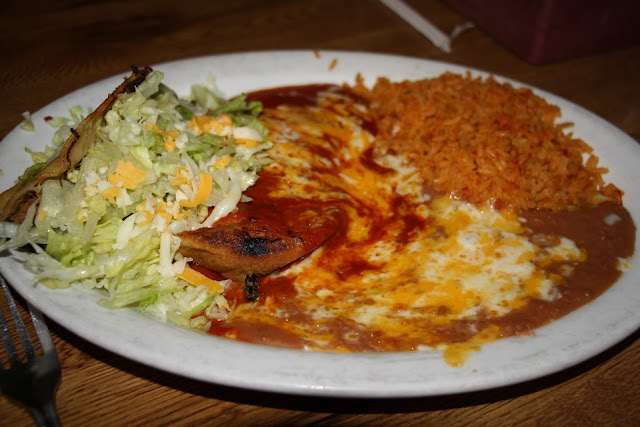 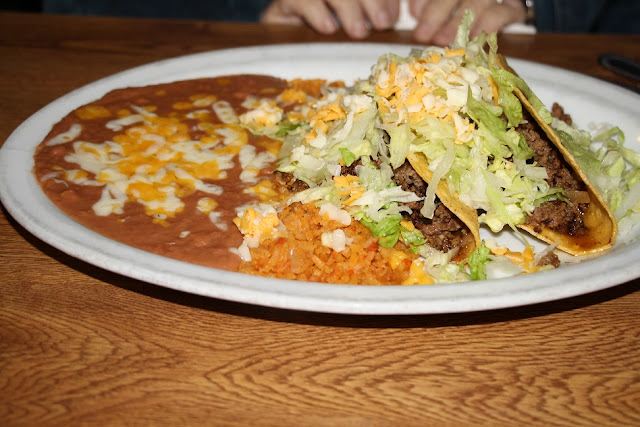 We all really liked our refried beans and we thought the main entrees were good but, again, nothing special – the service was very good.  I would eat there again but we will continue the search for blow-us-away Southwestern and Mexican food but perhaps the (first generation American) Hispanic owned place at home is actually outstanding and has us spoiled.

On Tuesday, it was cool and cloudy and the girls decided it was a good day to hit a gem show and after going in to the nearest only to discover it was wholesale only, I drove them about a mile away to the Kino show which was for retail customers and located at the nearby Kino Sports Complex.  They were there four hours and didn’t complete looking thru one of the several huge tents - since they have much more than gems it's really a giant flea market. 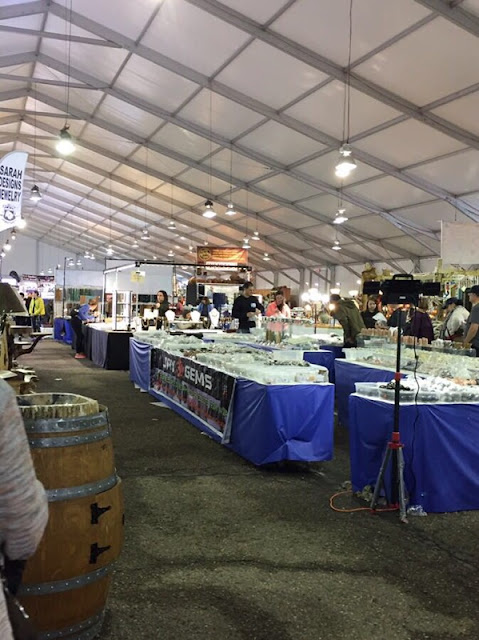 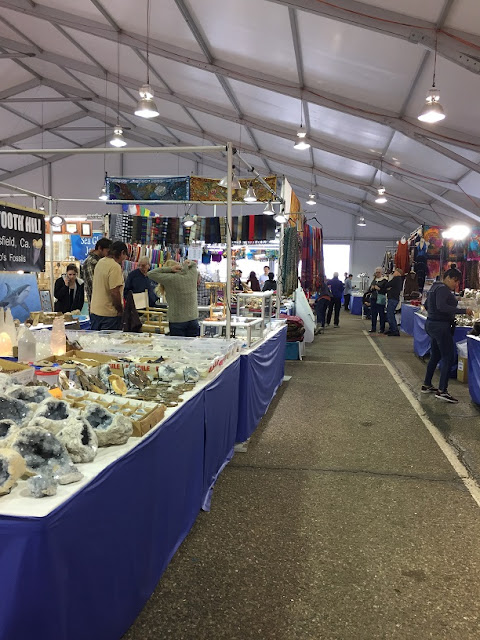 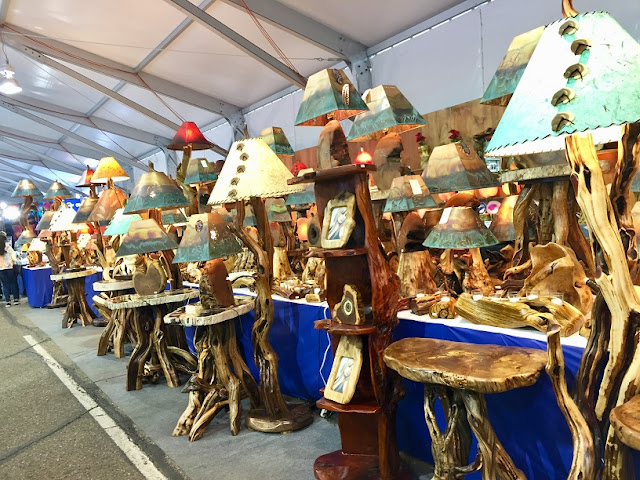 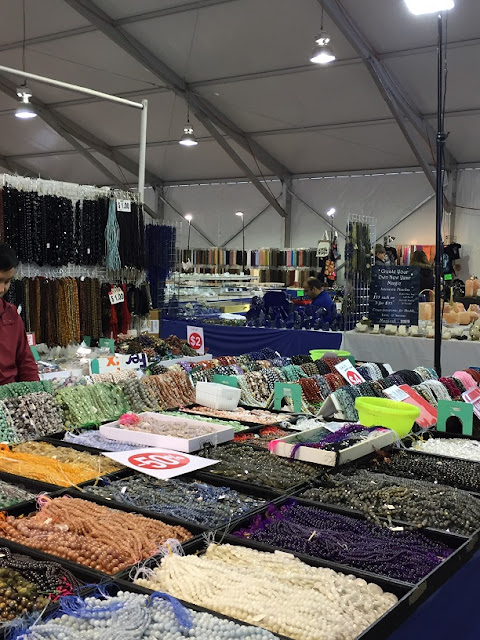 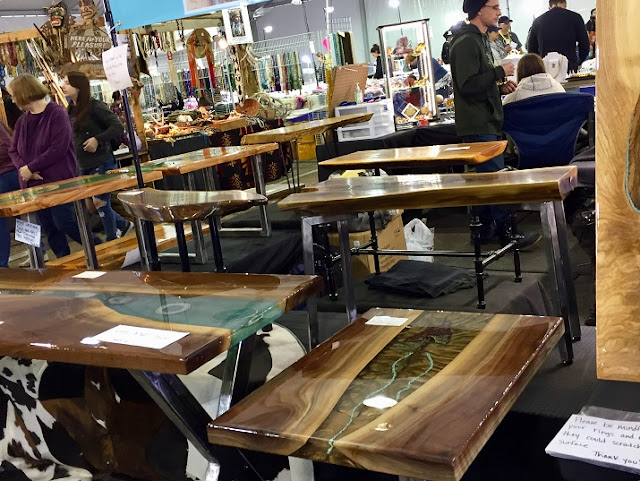 About a month before we left on this trip, I kept experiencing pain in my groin area and thought I had a pulled muscle but a doctor visit discovered that I actually have a hip issue but there was not enough time for an injection so it has really slowed me down and will likely prevent some planned activities such as the Pima Air & Space Museum.  So while the girls gem shopped I ran a few errands and a walk thru the mini Walmart is about my limit – damn this getting old.

A couple of good buddies just hanging out in the coach on a favorite perch. 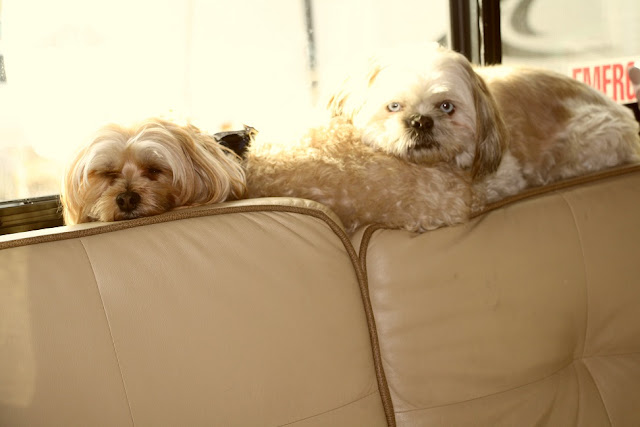 Thanks to the jet stream dipping way to the south in the West and then to the north in the East, it was cold (low 50’s) and rainy in Tucson on Wednesday while near 70F back home and the girls decided to head back to the enclosed tents of the Kino Gem Show.  They love to shop for deals and I’m confident Bev will purchase some presents for this year’s Christmas.

After dropping them off, I decided to drive around the Davis-Monthan AFB to see the military aircraft bone yard containing 4000-5000 planes on 2600 acres and all I could think was look at all of my money (and yours) sitting there.  I couldn’t do it justice with a pic so here is one from the web. 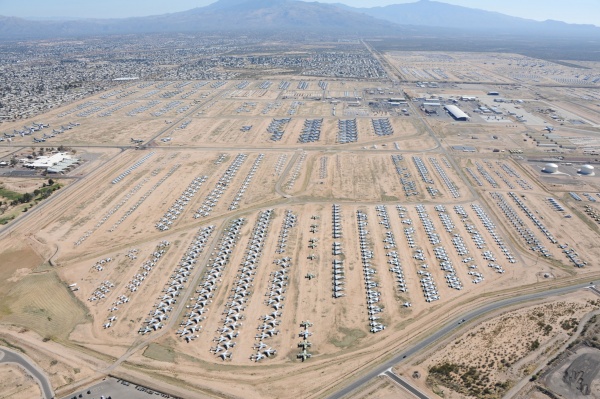 Some fighter groups are also stationed at the base and we have seen both A-10 (Warthog) and another sleeker looking fighter in training flights.

Later, I decided to see why our under cabinet light wouldn’t work so I went next door to Lazy Days and bought new bulbs and when they didn’t work I went to get a new fixture but forgot my wallet and had to come back to the coach.  So I swapped it for the old one and tried it electrically prior to installing and one of the two LED bulbs would not work so it was back to Lazy Days for the fourth time but they had no more of that fixture so I had to pick a different one.  This seems to be typical of how my jobs go but I finally ended up with a working light.