One of the nice things about being in a location for 3+ weeks is that you don’t have to cram something into every day so Saturday was a little more relaxing.  I put a chuck roast into our crock pot to have some meat in the fridge and puttered around the coach while the girls went to the on-site gem show – a major gem show is beginning in Tucson this week.

In early afternoon, we decided to go checkout the meat counter at Sonora Meat Market which was a very unique place as it is a convenience store that sells their on-site butchered meat, liquor, and about everything in between.  With narrow aisle and tall shelves, I don't believe another item could be crammed into the place. 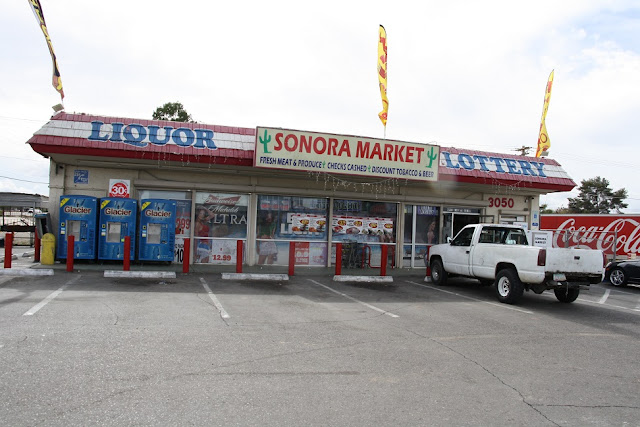 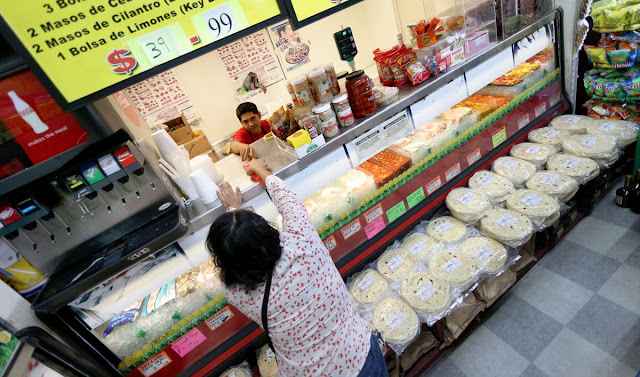 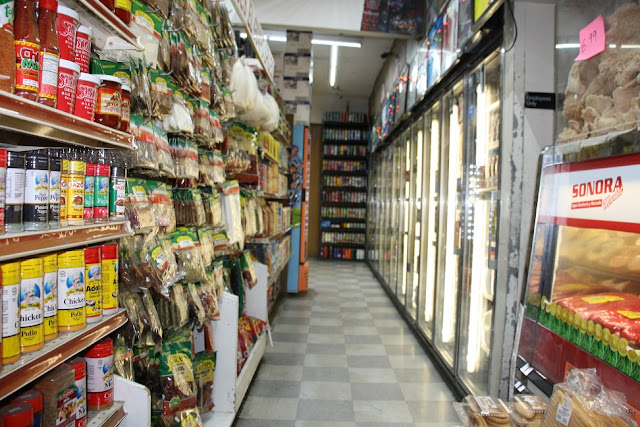 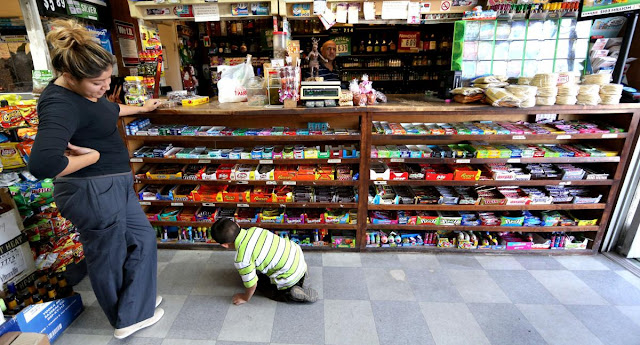 We bought some skirt steak and tortillas for supper and I got a container of their homemade shrimp ceviche (my first ever) for lunch and I really enjoyed it – Bev refused to even try the uncooked shrimp.  As a bonus, on the weekends, the market will even cook your meat and they had a pretty big Santa Maria Grill that was nearly full of beef and chicken.

For supper, we considered fajitas but the tortillas we bought were too large so we’ll call our meal fajita stuffed burritos which included the grilled meat, grilled onions and peppers, shredded cheese, salsa, and lettuce.  We didn’t have the ingredients for pico di gallo or guacamole. 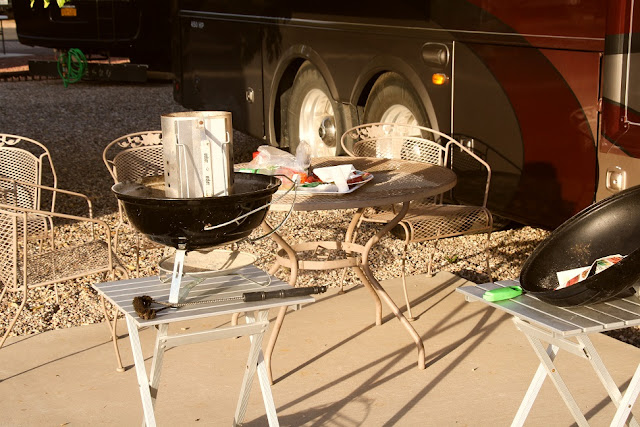 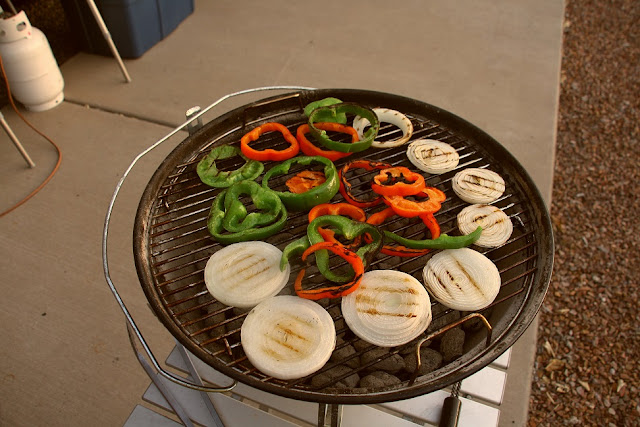 The meat was very thin and just took a few minutes to cook. 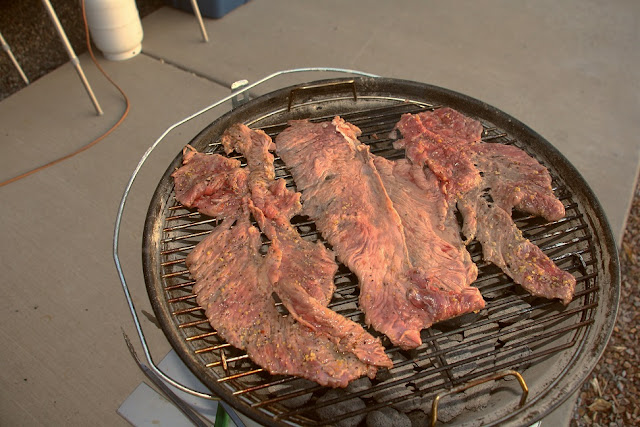 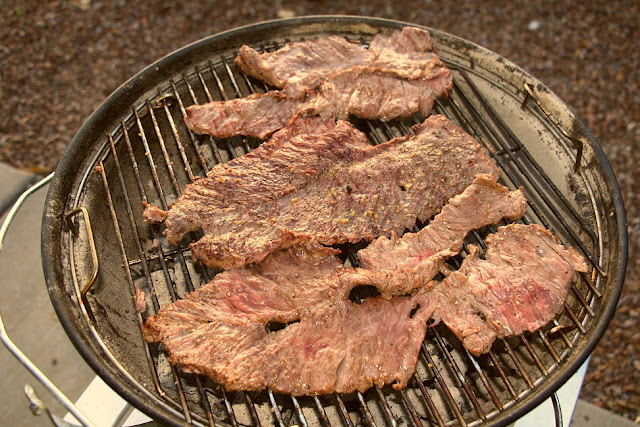 This is mine during assembly and these were the first flour tortillas I’ve bought that could easily be folded-in on the ends to make a burrito like I see on TV.  I don’t do it because we prefer not having that wad of tortilla on the ends. 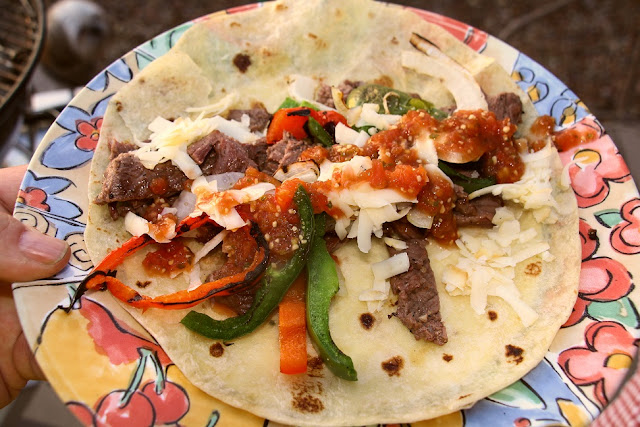 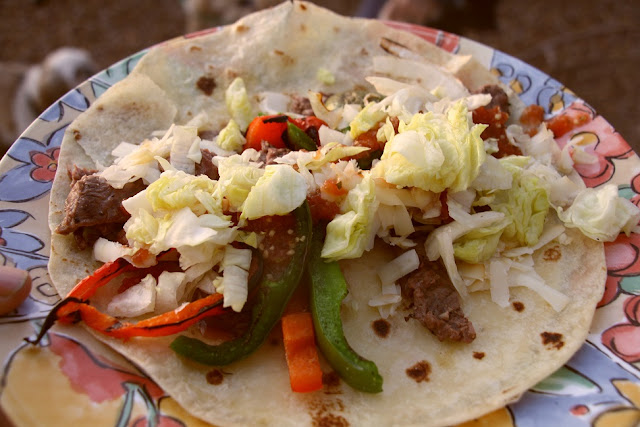 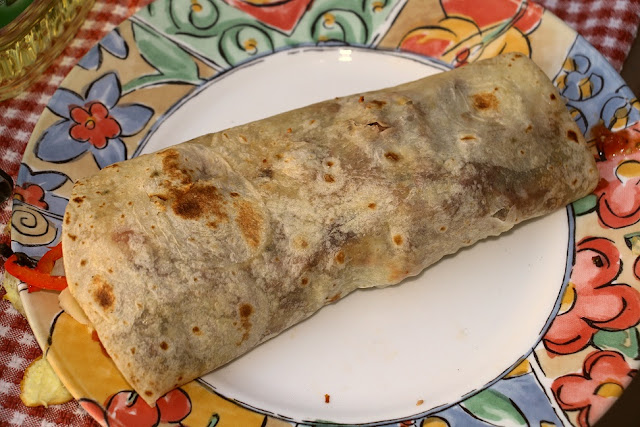 I thought the meal was very good and look forward to using the leftovers.

Sunday, of course, was set aside for the Super Bowl or at least the late afternoon was – I like that it came on at 4:30 here in AZ.  I began the day with one of Bev’s delicious breakfast burrito’s stuffed with scrambled eggs, and meat and veggies from last night’s supper. 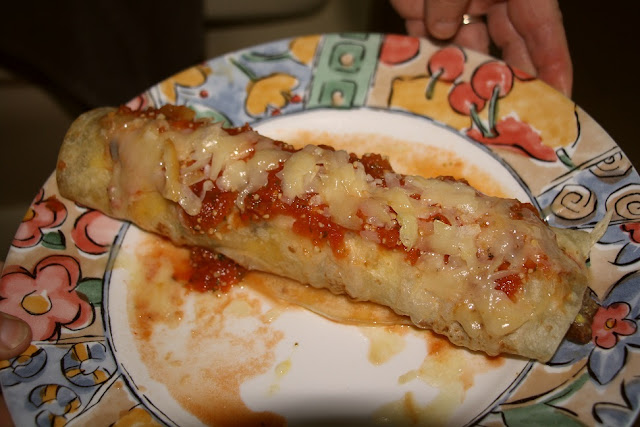 We had what I think is a unusual event here – it rained about all day so we just hung around the coach and made a couple of minor repairs while we awaited the big game.

We’ve been trying to eat differently most days by having our big meal for lunch (usually 2-3pm) then eating lighter in the evening and my meal for this day was a roast beef hoagie (sub, grinder, po boy, etc) made from our slow cooked roast beef, some leftover grilled peppers and onions, and hot pepper cheese. 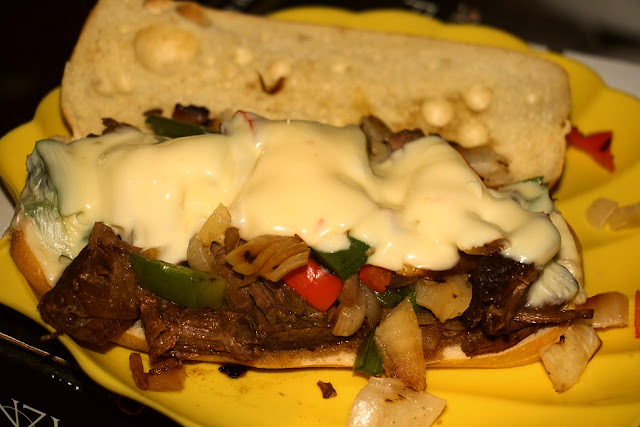 It was totally delicious and a perfect get-ready-for-the-game meal.  We watched the rather boring game, especially when rooting for the Rams (the Patriots have won enough).