I believe I've mentioned this before but I’m not really a fan of plain roasted turkey but Bev is a traditionalist so I was surprised when she readily agreed to serving Tex-Mex for our Thanksgiving meal – it helped that it’s one of her favorite foods and we were eating on Wed.  This seemed to fit well with a visit by Kathy (daughter) who lives in San Antonio which claims to be the home of the cuisine.  A big highlight of the day was getting to meet Kathy’s new fellow and see how happy she is.  Kathy likes to talk and here she is with a captive group. 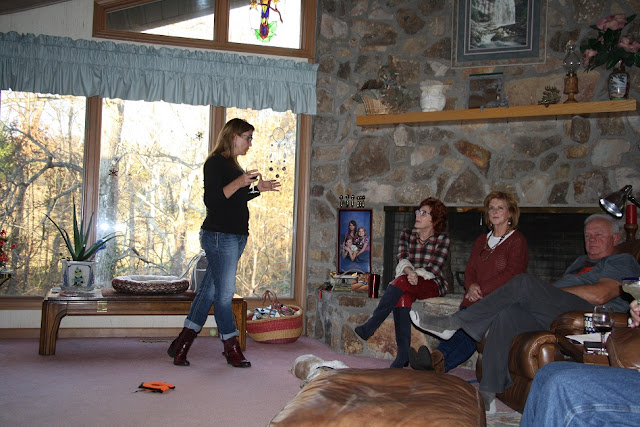 Our menu for the meal was:

The appetizer was chips with salsa, guacamole, and white cheese sauce

The main course consisted of beef burritos, pork enchiladas, turkey burritos, and turkey enchilada casserole (I’m fine with turkey used this way as it is Thanksgiving after all) and Charro beans.

For dessert it was Italian Cream Cake and pumpkin pie (it was Thanksgiving after all).

For drinks it was red and white wine, margaritas (a must for this meal), and soft drinks.

I was too busy to get any food pictures but I got a few of our pretty Christmas cacti. 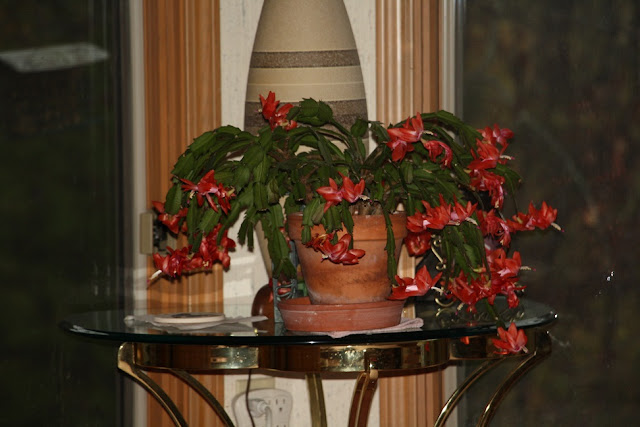 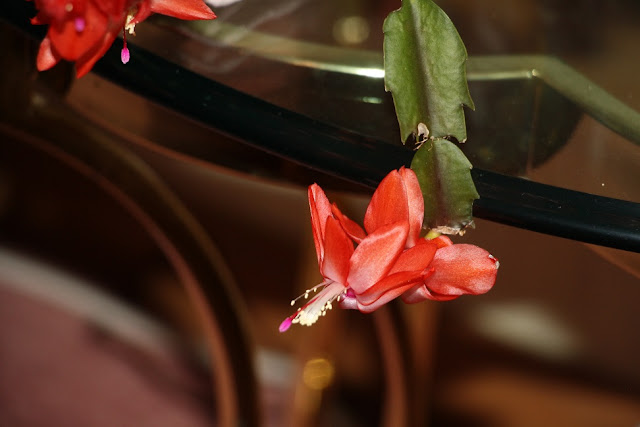 We made as much ahead of time as we could beginning with brining the turkey for about 20 hours.

I baked it on a rack in a covered pan to a 160F internal temperature and it was very juicy and flavorful but the outside slices were too salty so I would stop at 6 hours for normal use but it was perfect for dicing up to use as enchilada/burrito filling.

In addition to roasting the turkey on Monday, I made all of the enchilada/burrito fillings except beef which were provided by friend Kathy.  We bought the BBQ pork from a place in Maryville and while I planned to make the green and red sauces, I ended up buying the very good ones from a local Mexican restaurant plus their cheese sauce and salsa – this made the meal much easier to prepare.

The green chile turkey enchiladas (casserole) were assembled on Tuesday afternoon using the recipe from Mary on her Barefeet In The Kitchen Blog except I used 2½ pounds of cooked turkey and shredded Mexican cheese blend.  Check her blog for the original recipe and some good pics.

The pork enchilada filing was made as follows with the assembly being done on Wednesday afternoon from the lightly reheated filling:

Instructions:
Preheat oven to 350 degrees. In a large bowl, stir pork, 1 cup cheddar cheese, Rotel and sour cream together until blended.  (It made four cups so 1/3 cup per tortilla which really filled them).  Spread about 1/2 cup enchilada sauce into the bottom of a large baking dish.  Using the method from Chef Lea Ann at Highlands ranch foodie, I fried the tortillas in oil for a minute or so then dipped them in the enchilada sauce. I passed them on to daughter Kathy and she filled, tightly rolled and added them to the baking dish.  Pour enchilada sauce over top the finished rolled and filled tortillas. Top with Mexican crumbling cheese and bake 20-30 minutes or until everything is hot and bubbly. Serve hot.

The turkey burritos were made as follows with the assembly being done on Wednesday afternoon from the lightly reheated filling:

Directions:
Heat olive oil in a large skillet, add onion and garlic to the skillet and stir. Season with salt and pepper, chili powder and cumin. Cook until onion is translucent. Add Rotel, chiles, sour cream, beans and mix well. Cook for another 2 to 3 minutes then set aside to cool then mix in the cup of cheese (it made four cups for 1/3 cup per burrito)

To assemble add 1/3 cup of the turkey mixture to the center of each tortilla. Roll up each tortilla and put seem side down in a baking dish. Top with enough shredded cheese to cover, cover pan with foil, and bake for about 15-20 minutes at 325 or until cheese has melted and burros are warmed through. See note 2

Notes:
1.Since we were serving four dishes, I made them small so everyone could have a whole one and not have to fool with cutting them.
2. Another option is to bake without the cheese topping until warmed thru then add the cheese and bake until it has melted.  (This may be the better way and it will keep the cheese from overcooking) 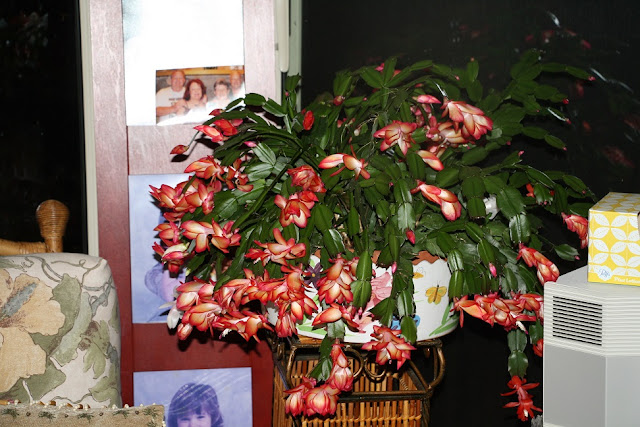 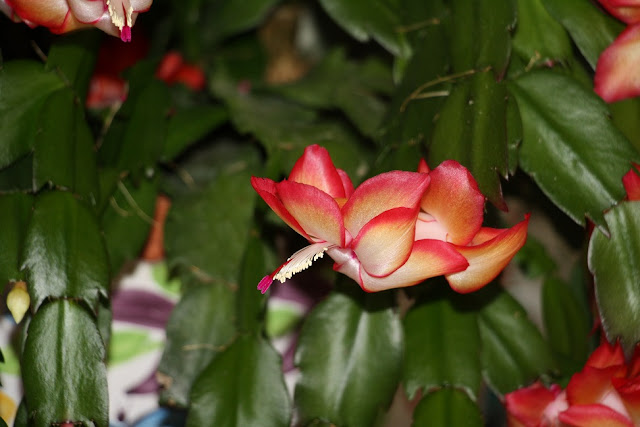 The food and the Tex-Mex idea were both a big hit and a first for everyone for Thanksgiving dinner.  The fillings for the three dishes I made were definite keepers (the pork was my favorite) and the rolled tortillas were more heavily filled than you usually get it a restaurant.  The sauces from the restaurant were all very good with enough heat that you knew it was there but even our no-heat eaters could handle it.  The Charro Beans were also a hit but I added one too many chipotles so they had a little more heat than I wanted for our no-heat eaters.  Both of the desserts were outstanding and when the meal was over, most folks sat around complaining about overeating – good news to the cooks.

Many thanks to Kathy K. for her delicious shredded beef burritos, made with a beef gravy as a sauce, to Pat for the cake, and Wende for the pies.

The only two errors were baking my burritos too long with the cheese on them and failing to put the crumbling cheese on the enchiladas.

Another highlight for the day was watching one year old granddaughter Eliza on the floor playing with the dogs and squealing in delight - I threatened Wende with a puppy for Christmas.