I don’t want to debate the Real Men issue here, but I do love quiche and similar dishes so when Cindy offered to make a couple for supper, Bev and I immediately responded YES.  Since she is rarely here, she usually just eats what we cook for supper (except red meat) but a job was cancelled and she was off for the week and had time to plan, shop for, and cook a meal.  She pretty well spent the whole afternoon in the kitchen, but at mealtime I understood why. 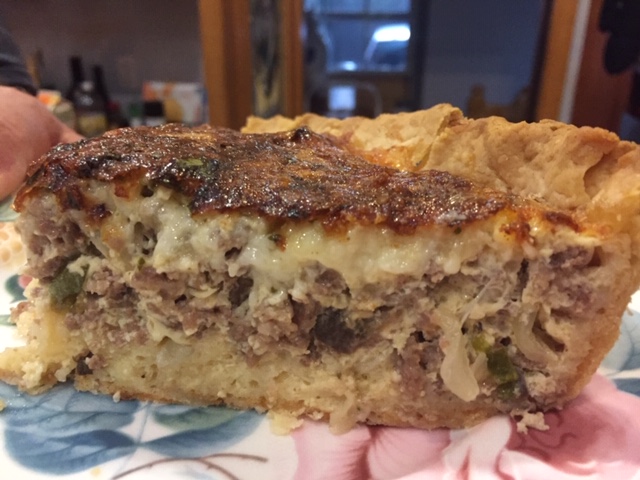 She began by making her own crust for the 9" round and 10”x13” oblong dishes.  The oblong one was a meat quiche containing ground beef, breakfast sausage, onions, mushrooms, green pepper, eggs, cheese, cream, fresh parsley, S&P.

The veggie ready for the oven and the finished meat lovers. 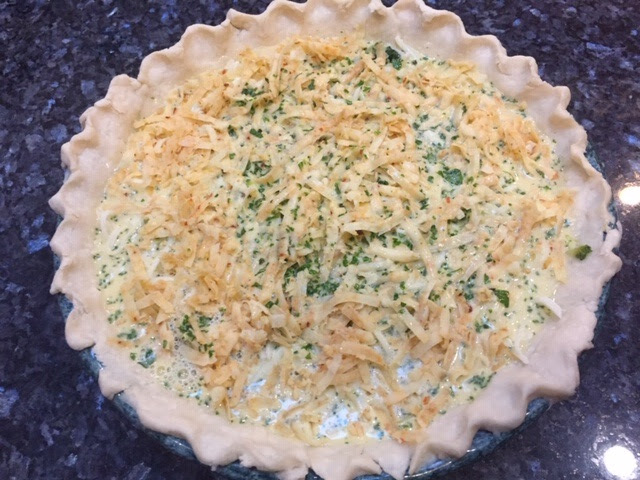 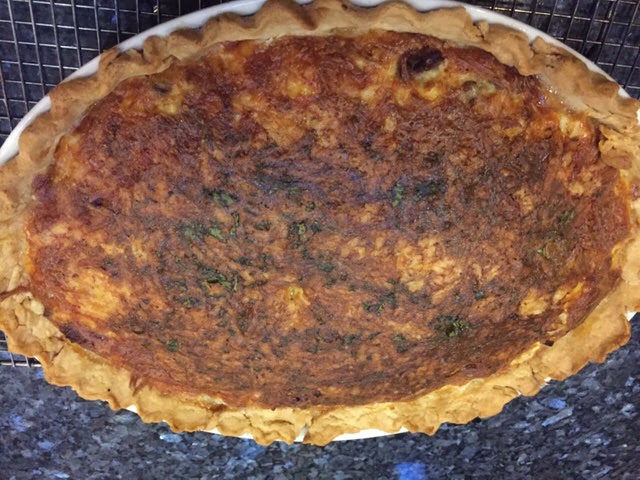 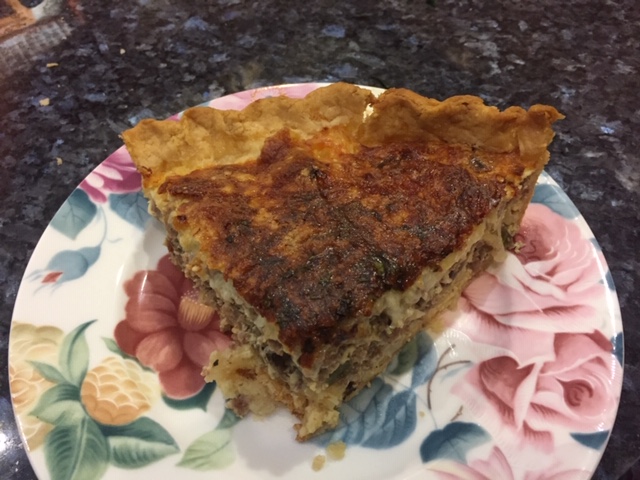 And Cindy’s piece of the veggie. 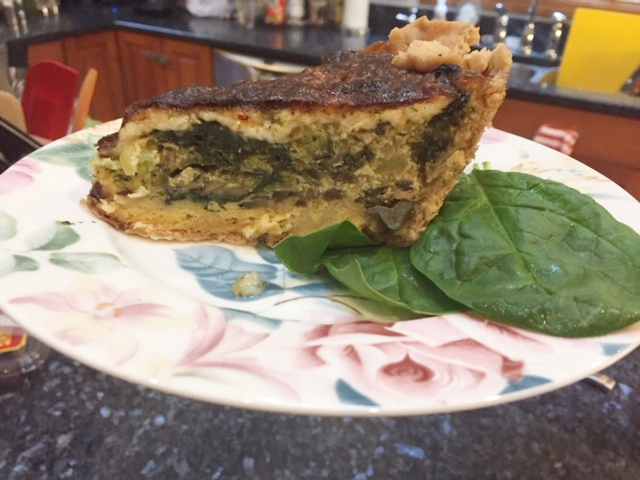 They were both outstanding and we sure appreciated the fine meal she prepared and now I look forward to her next kitchen venture.