We knew the maple syrup we had purchased in New Hampshire several years ago was about gone and when we saw it advertised here, we looked up a local supplier and went to their place to check it out.  InTheWoods Sugar Bush Maple Syrup is literally in the woods among the 1400 maple trees that they tap from - not visible from the road and no sign.

Their house and sugar operation share the same building and when you drive back their gravel lane in the woods, the first thing you notice is the blue plastic tubing running among the trees for collecting the sap.  I failed to get a pic but someone else did. 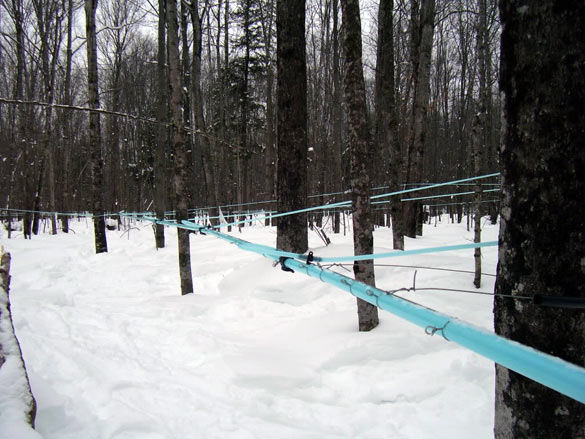 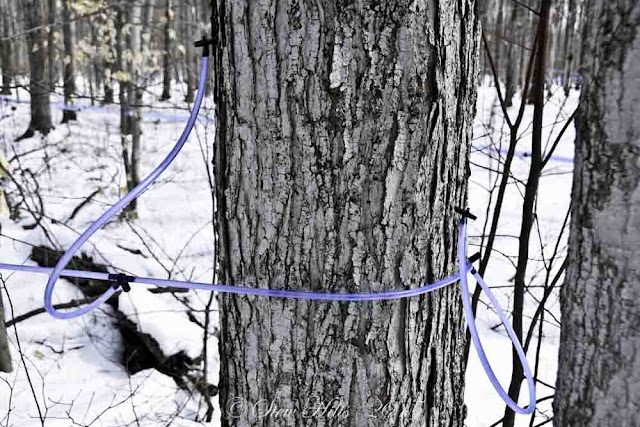 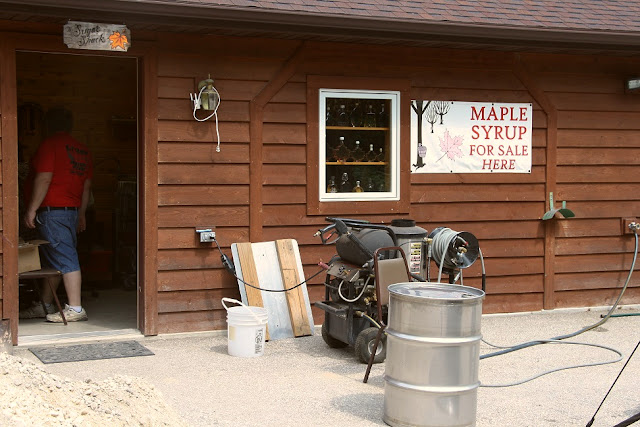 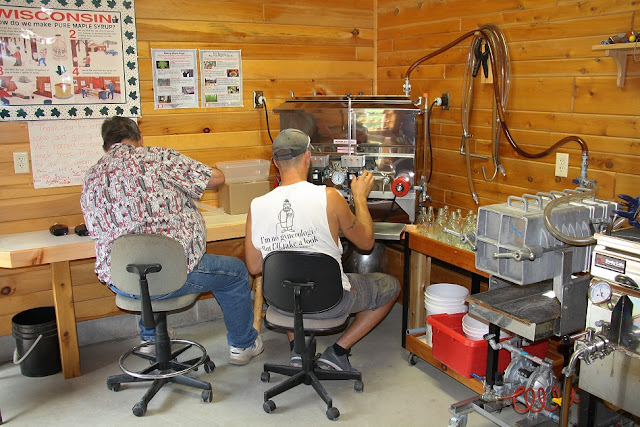 Here's a shot of the inside and their new modern equipment with the syrup heater in the foreground and the wood fired cooker in the next room – it takes about 40 gallons of sap to make a gallon of syrup. 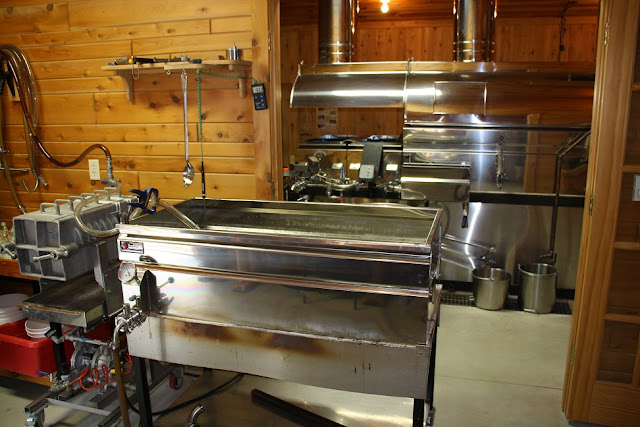 From there, we did the one thing every football fan must do if in this area, we made the 45 minute pilgrimage up to Green Bay and took some shots of Lambeau Field, home of the Green Bay Packers, one of pro football’s original teams.  The first shot is from the web. 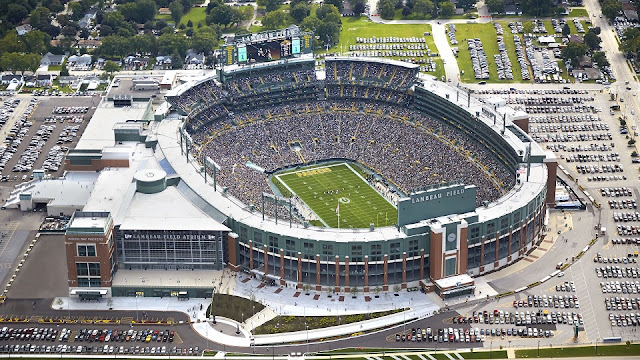 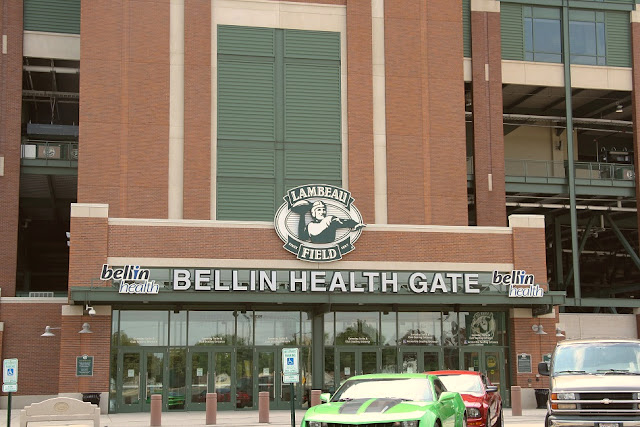 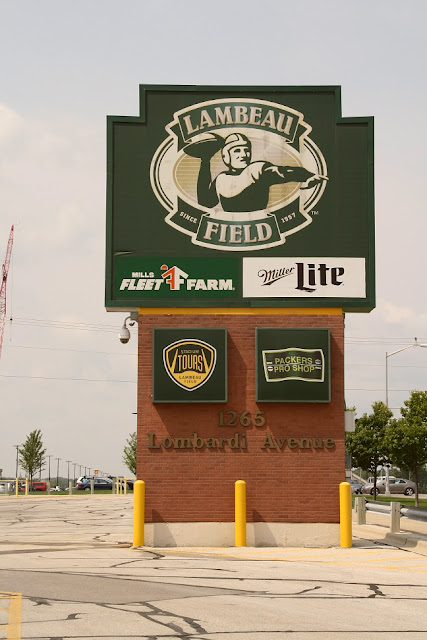 The have an atrium and restaurant that is open to the public but with a recent breakfast, the dogs in the car, and no Packer interest from my girls, we didn’t go in. 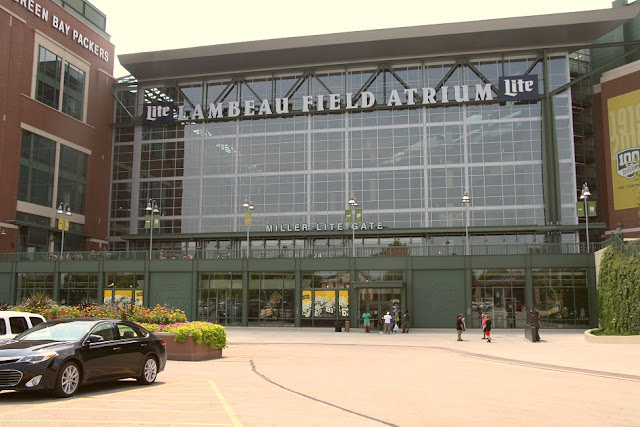 The Packers are the only professional sports franchise owned by the community with 360,760 stockholders and it is a non-profit so they get no financial benefit from their stock.

While driving thru Green Bay, we spotted a guy selling veggies from a truck with lots of corn so we bought some to go with our grilled chicken for supper and it was excellent.

The negative part of the day was that our campsite neighbors headed home to Minneapolis after just a two nights stay and we had really hit it off with this very nice couple.  In their mid-50’s, they still have jobs they had to get home to but we swapped info and pledged to say in contact.

Monday morning we packed up and made the 75 mile trip north to the Egg Harbor Campground – a day earlier than planned so we could get to a full hook-up, 50 amp site with grass rather than sand.  The route was very simple as we got on WI-42 and stayed on it until we drove into the campground.  It was not a bad road (ie - potholes) but it was far from a good road as the road joints rattled the coach for all but the final 13 miles.

The campground is located a mile or so north of Egg Harbor and it seems like a nice place so far, although we were disappointed to discover the roads and sites were all gravel as they looked like hard surface on Google Earth.  Most of the campground is heavily wooded but the trees in our area are only about 20’ so we still got satellite TV.  The roads were a little tight coming in as the place didn’t seem to be built with big rigs in mind and the site spacing was about average at 25’-30’ wide and plenty deep enough for the coach and car. 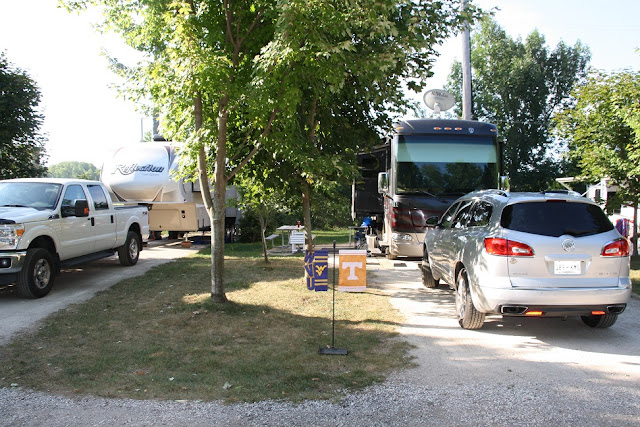 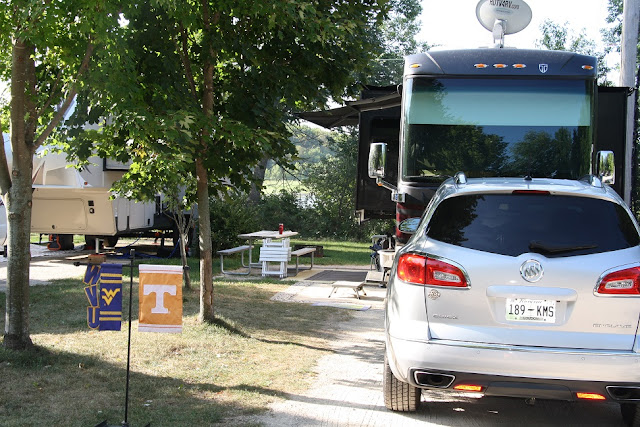 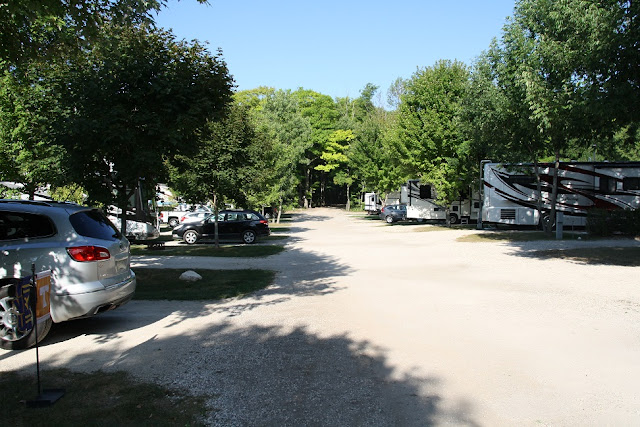 One of the heavily wooded sections of the campground contains permanent sites and we were particularly impressed with this one. 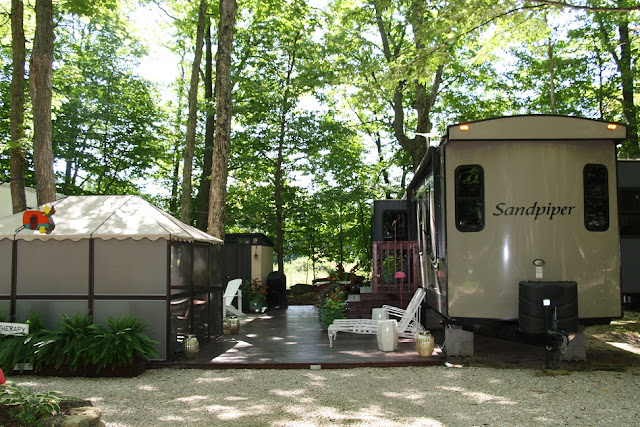