We’re finally back on the road with a plan of getting somewhere to beat the summer heat at home so we headed north to the coastal areas of Michigan and Wisconsin with other stops along the way.

We started out on Sunday morning, leaving Cindy in charge of the home place and drove north on I-75 to our first night’s stop near Cincinnati, OH.  During previous travels, I’ve often commented about the good roads in Tennessee but I couldn’t say this about the stretch of road north of Knoxville.  Once we got into Kentucky, the road surface improved quite a bit and stayed that way until north of Lexington where it was mostly good with a few rough patches.  We also experienced very heavy traffic (lots of semis) between Clinton, TN and the top of Jellico Mountain and we ran for many miles at about 30 mph.

We pulled into Indian Springs Campground near I-275 west of Cincinnati about 3:30 and were assigned site 12 which was a pull thru that was long enough to leave the car attached. 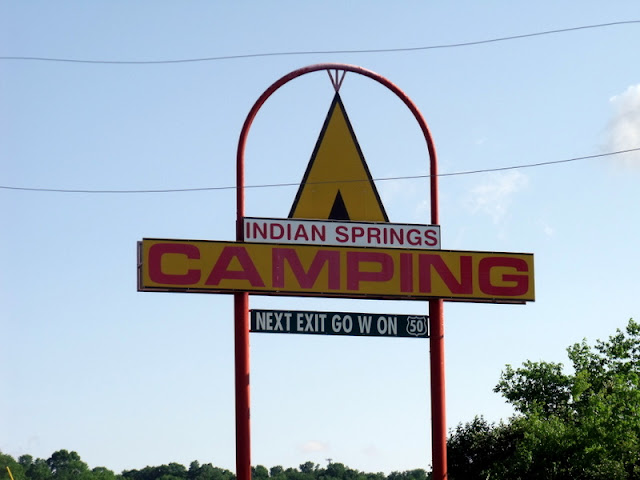 Most of the sites were around the on-site lake and while our site wasn’t lakeside, without someone across the road from us, we had a lake view site. 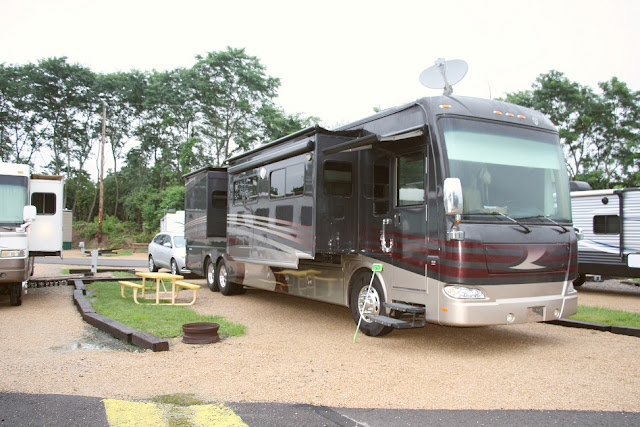 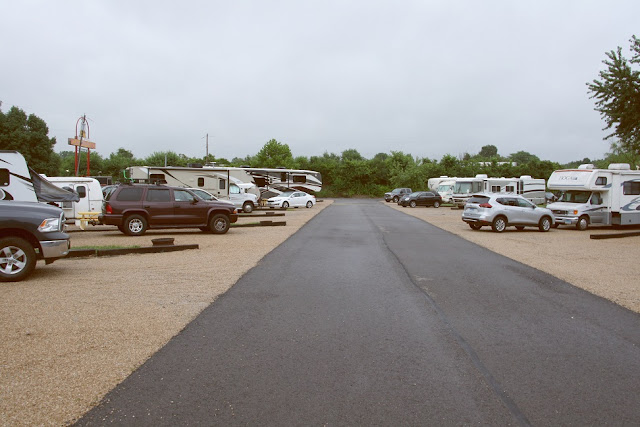 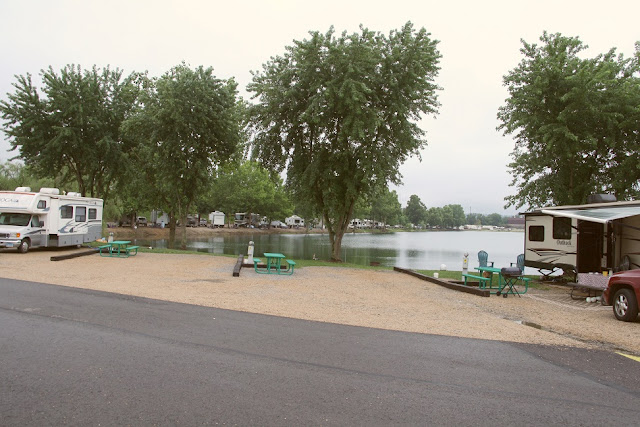 I can’t comment on the facilities but the electric worked fine and the wifi was much better than most campgrounds.  The office was nice, the desk clerk was very friendly, and check in was easy and efficient and next to the office was a barbershop with two barbers – definitely a campground first for us.  The sites were pea gravel with a picnic table and RR ties separating them – they weren’t huge but we had ample room and I would definitely use this as an overnight stop again.

The next day we drove further north to Shipshewana, IN and I put together a route across the back roads to get more of a look at Indiana.  We left the campground and went north to get on I-74 so we could buy fuel in Ohio at 18 cents a gallon less than IN.  From there the route was designed to be as direct as possible and avoid road construction and it looked like this: IN-1 north to US-35 N to IN-3 N to IN-218/IN-5 to S. Broadway St to left on US-24 BYP then back on IN-5 to Shipshewana.  Except for US-35, the road surfaces were as good or better than most interstates and it was a relaxing drive except for IN-5 north of Huntington which was pretty narrow with no shoulder and lots of 20 mph curves where it appeared to make 90 degree turns around farms.  In general, the drive was more relaxing than driving on the interstate and I will plan to do more of it.

We rolled into Shipshewana Campground mid-afternoon and got partially set up in our site, #40, a few minutes before a thunderstorm rolled thru.  Campground entrance sign pic from web but bikes and buggies are everywhere. 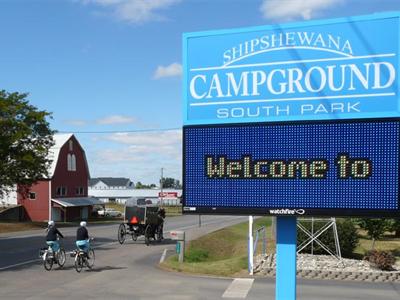 Check-in was efficient and friendly and we were given a marked map directing us to our site.  The campground is located about a quarter mile south of town center and has 150 sites and, while there was enough room between sites, the roads were a little tight.  Everything worked fine and the wifi was normal for a campground – adequate but a little slow.  Here are some campground shots and our site - the sites were all occupied when we pulled in. 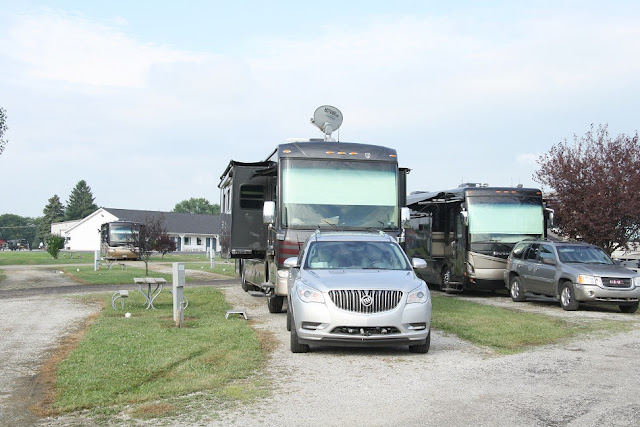 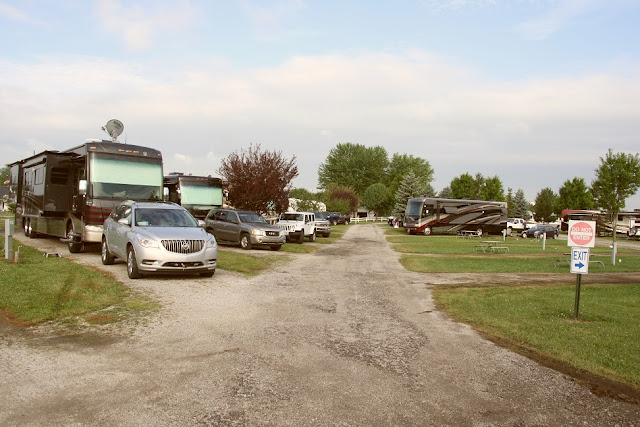 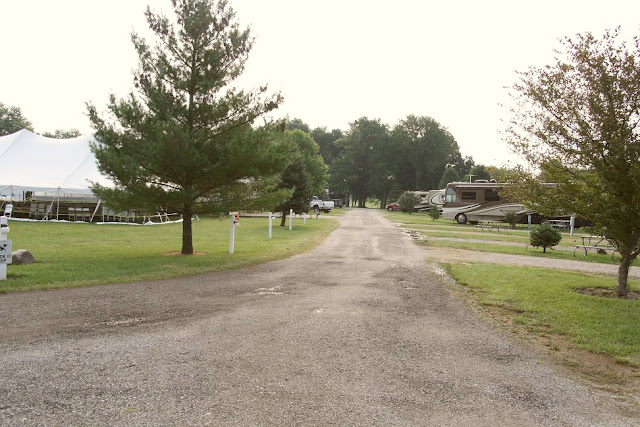 After arriving, we had noticed several Redwood fifth wheels, a large tent across the road, and several vehicles that appeared to be vendors and as it turned out, there was an 88 rig Redwood Rally the previous week and they pulled out Monday morning - the Redwood factory is just down the road here in the RV capital of the USA.