Hash Browns, Gravy, And Eggs
Since the Amish Casserole didn’t use all of the package of hash browns and the pan was already dirty, I decided to go ahead and fry them up with some onions for later use and this day I had them for breakfast.  Since they were already fully cooked, I just gave them a quick fry in a hot pan to crisp up both sides.  After plating, I topped with some of the reheated sausage fond gravy and a couple of fried eggs. 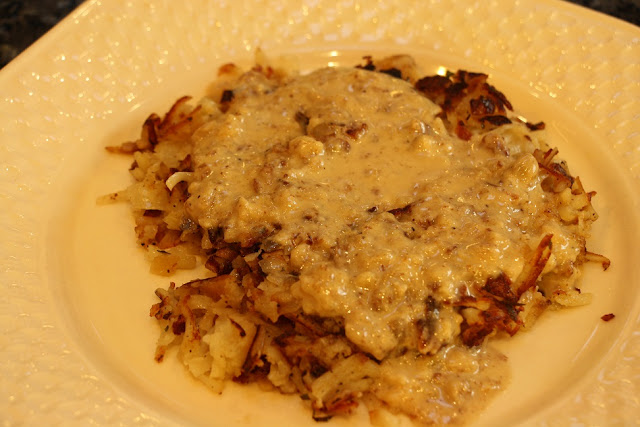 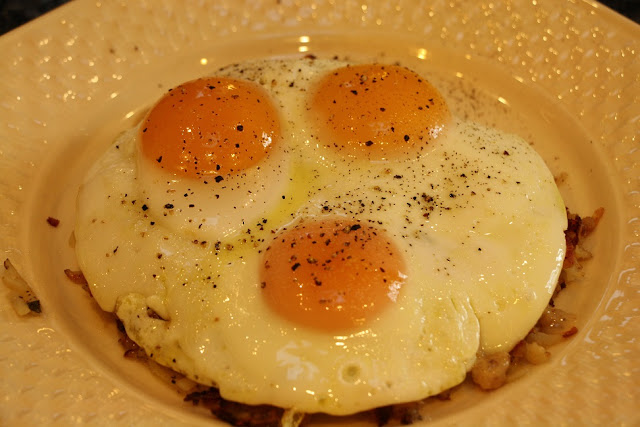 I think the word awesome comes to mind for this breakfast.  I mixed the little gravy that was left with some dog food and the pups had a breakfast treat as well – I believe they thought it was awesome too.

After two supper meals, I had one piece of salmon left and I decided to have it for breakfast.  I went on line and found this recipe from Fitness Magazine that included ingredients that I had on hand and needed to be used.  Since it was for two servings, I cut it in half to get the one below.

Directions:
Heat the oil in a large skillet over medium-high heat.
Add the garlic and cook for 30 seconds.
Add the spinach and cook, tossing, until wilted, 2 to 3 minutes.
Season with S&P

1. In a small bowl, combine the spinach with the salmon. (I didn't do this)
2. Wipe out the skillet and melt the butter over medium-high heat. (I didn't do this either)
3. Season the eggs with salt and pepper. (I did this)

Note: I changed the cooking directions to suit the way I like to cook omelets.

4. Pour the eggs into the skillet and swirl the pan so they spread out and add a glass lid.
5. When the top is about set add the cheese to one half of the eggs, followed by the salmon and spinach and return the lid until the eggs have set on the other half. 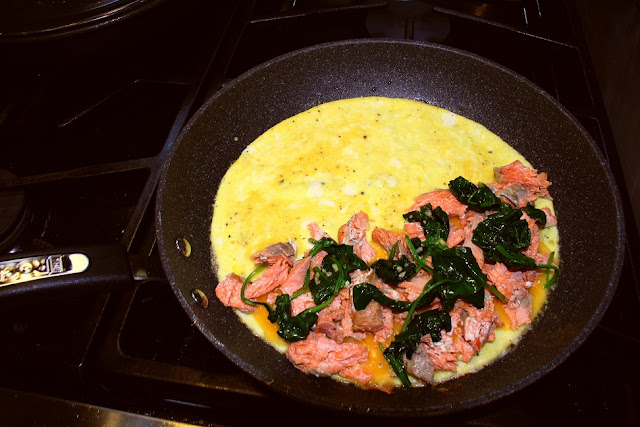 6. Slide the omelet onto a plate, stuffed side first, and use the pan to fold the bare egg side over the filling as you do. Serve immediately. 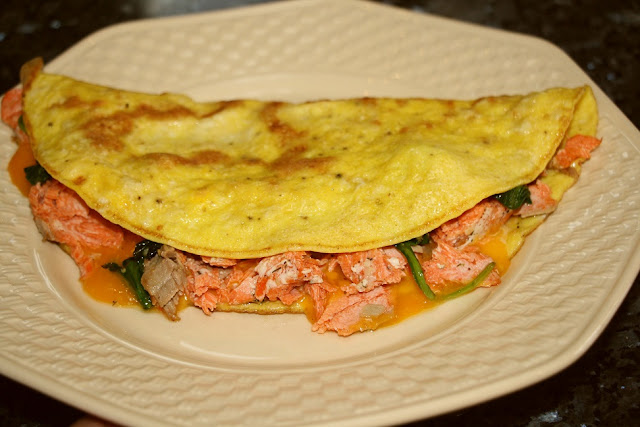 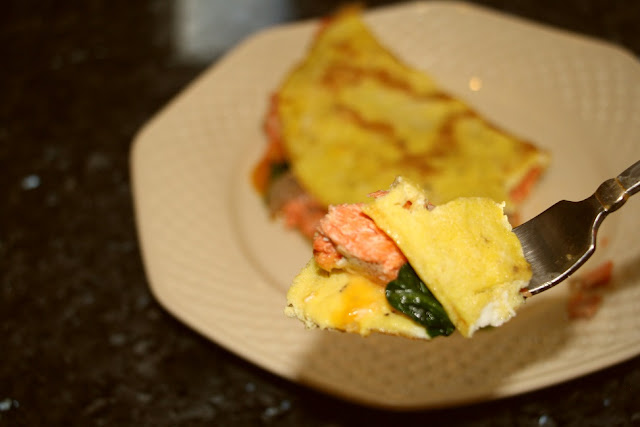 It was outstanding and when you order a salmon omelet at my place you get salmon – the original recipe called for one ounce vs. my five ounces.  I might back off to three ounces but never to just one.  I think I’d also put cheese on both halves next time.  Maybe mine was really a salmon fillet with eggs wrapped around it.