After three fun days in Colorado Springs, it was time to head back east and we had four 300 mile travel days to get to the Thor Diesel Club Rally in Elkhart, IN.  The first day we drove 291 miles, mostly on I-70, to the KOA in Wakeeney, KS.

The roads in CO, both in towns and out, were the worst of the trip so far.  As soon as we crossed the Kansas line there was a night and day improvement to the road surface.  The  Wakeeney KOA was a very nice place for an overnight stop with long, level pull through sites, decent room between sites, and a very good WiFi - this was our third stop here. 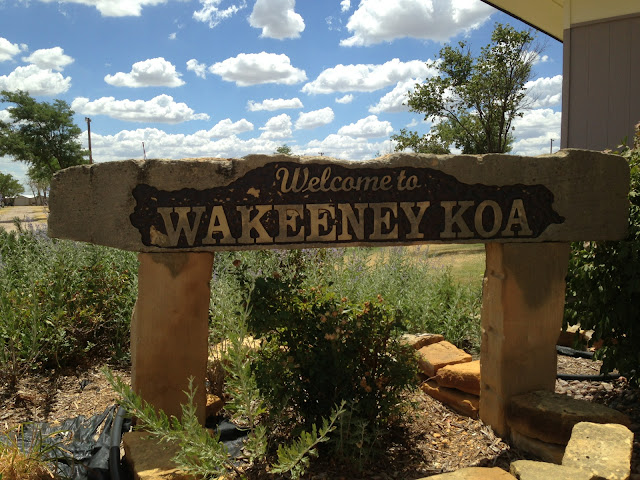 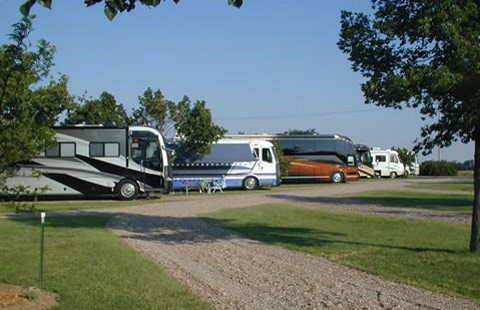 And the KS I-70 was an excellent road, maybe even better than SD.  We made it through the terrible road design in Kansas City (two lanes of I-670 merge into one in downtown) to check in at the Oak Grove KOA.  It is okay for an overnight but the sites were not very level and the WiFi was terrible.

We did, however, make it over to PT’s Family Restaurant for some obnoxiously sized meals - it must be good when it's full at 5pm on a week night.  We decided to start with a half order of onion rings (7 rings for $4.55) and an order of Fried Green Tomatoes, expecting about six for $6.05 – this is what we ended up with. 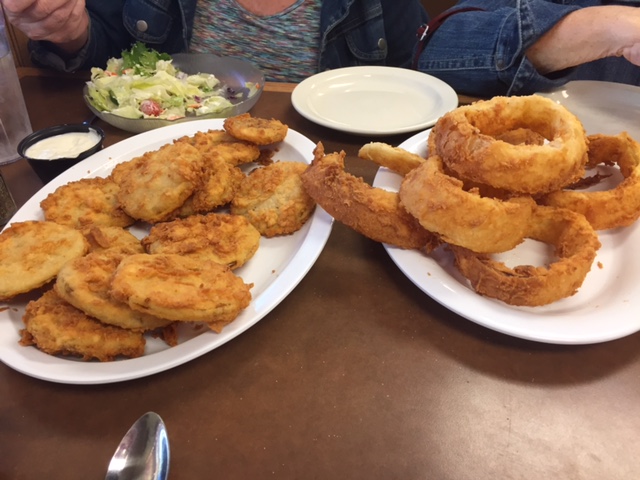 I was nearly full after we ate half the appetizers but since I wanted leftovers, I ordered the regular Chicken Fried Steak ($13.75) and this was my plate, plus a side salad. 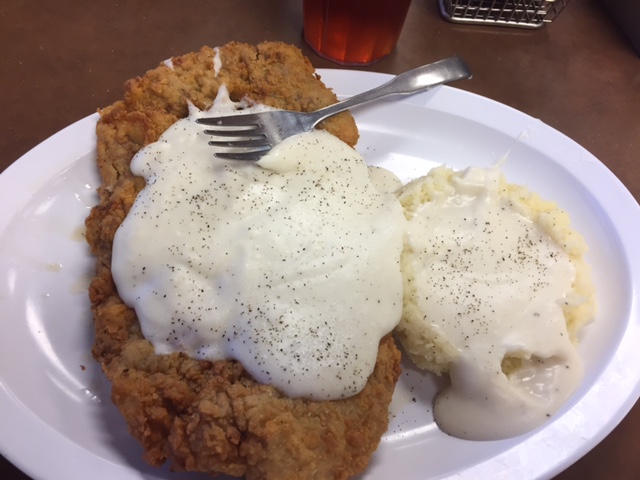 I ate half of it and boxed the remainder for the next night’s supper along with our leftover appetizers. 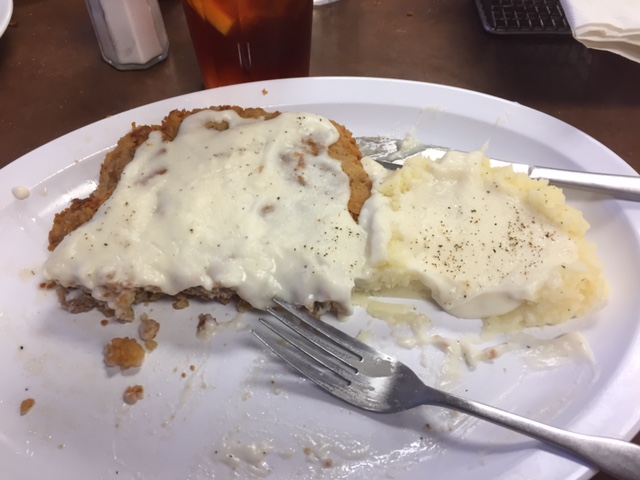 They advertise it as beef tenderloin which it clearly is not nor is the pork the tenderloin that they advertise – it can’t be made as big as they do – likely pork loin - but it is good whatever it is.

On Sat, we drove on to west of Effingham, IL to the Okaw Valley Campground right along I-70 as it was the only place that seemed feasible.  I-70 & I-270 were generally pretty good with a few rough spots but several patches of new surface.  We made it past St. Louis with relative ease but it seems to me that the lanes are more narrow on several of their roads. 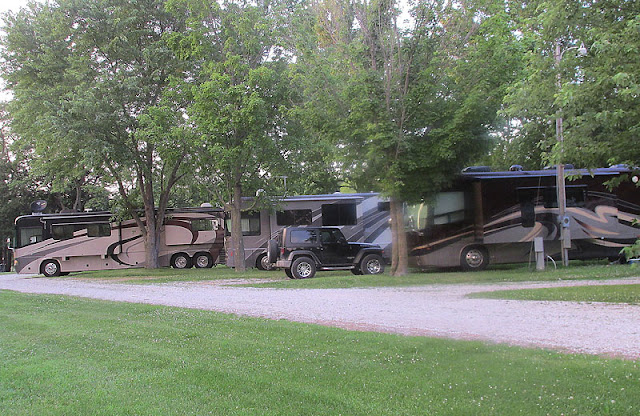 The Okaw Valley Campground is just that  - a decent basic campground – our site was not very level but their utilities were fine and WiFi worked okay.  It is an older campground and not really set up well for today’s bigger rigs, but good enough for an overnight stay.
On our final travel day for a while, we traveled I-57 to I-8 to I-94 then east to Goshen, IN for the Thor Diesel Club Rally.  All of the roads were a mix of good and bad with plenty of (good to see) construction going on – but it appears the roads may be failing faster than the repairs are occurring.

We arrived at The Elkhart County Fairgrounds in late afternoon to begin the 5 night rally and will report more on it with the next posts.