While Cindy now lives with us, she continues in her job as house/pet sitter and recently brought one of her charges over here to meet our pups.  He is a really big Golden Doodle named Barley and is roughly middle aged so still playful.

After a period of adjustment to the new dog, it was playtime and Pat’s dog, Frankie, who believes everything on the planet is a toy for him was soon on the attack, trying to jump up to Barley’s face and do what dogs usually do mouth-to-mouth, but he was just too short. 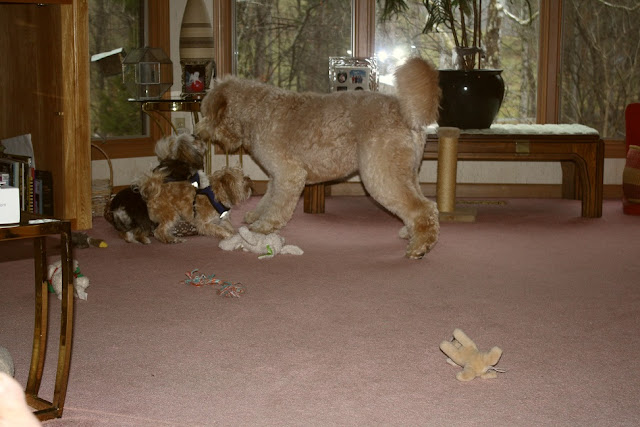 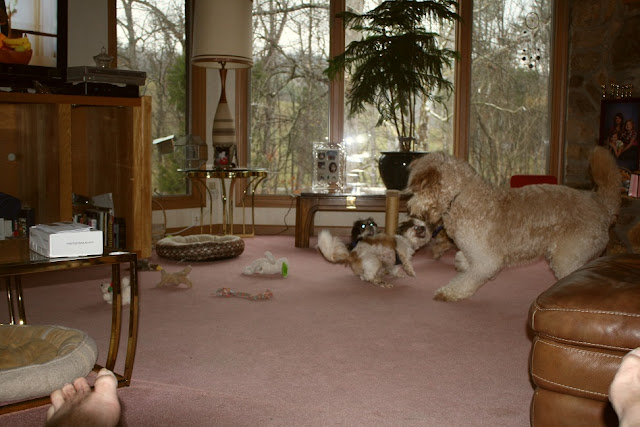 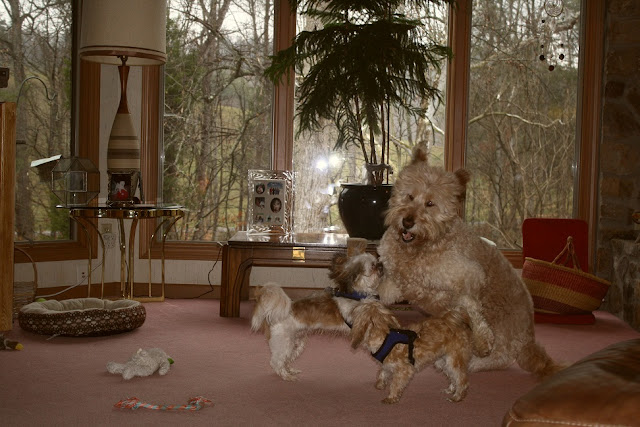 But Barley eventually laid down and all four of them engaged in serious play time – it was a little like watching Gulliver and the Lilliputins. 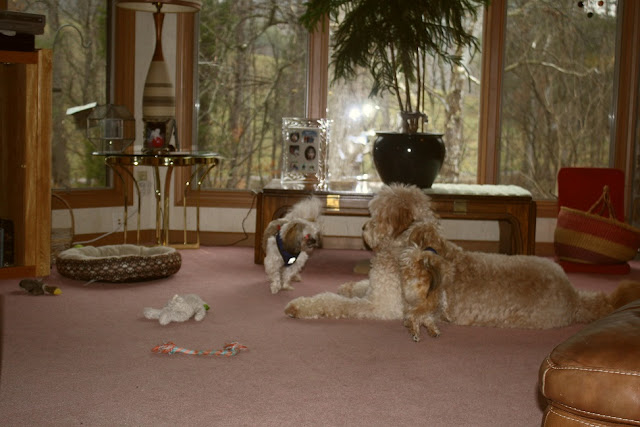 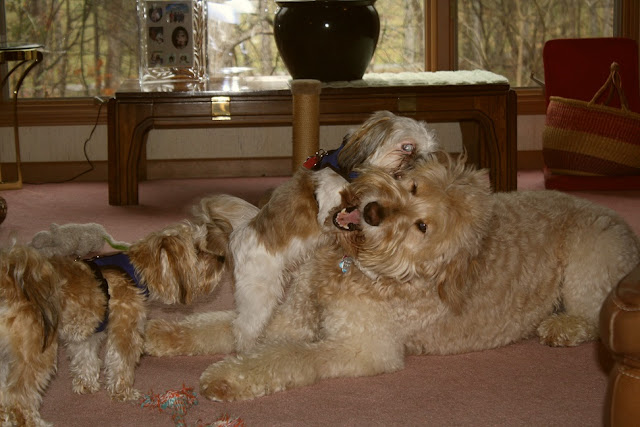 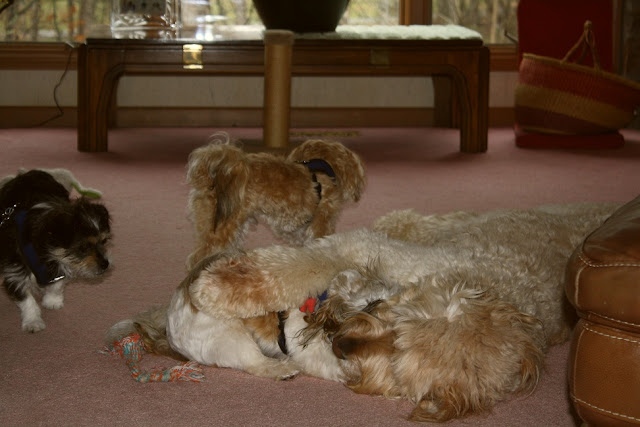 The funniest part of all, we didn’t get on camera, but it was the giant Barley standing over and behind Frankie and trying to hump him – a sure winner on America’s Funniest Home Videos.  They all loved the visit and I’m sure Barley will miss them and want to come back.