When we come to southwest Florida, we try to meet up friends and fellow bloggers, Meakin and Sam (My Carolina Kitchen) and this time, we invited them up to the campground for an afternoon of shellfish.  We brought some very fresh clams and oysters with us from Cedar Key and bought some shrimp locally for Pat who eats neither of the molluscs.

But before we get into this further, even us seafood lovers need a break so we whipped this up on the grill the previous evening. 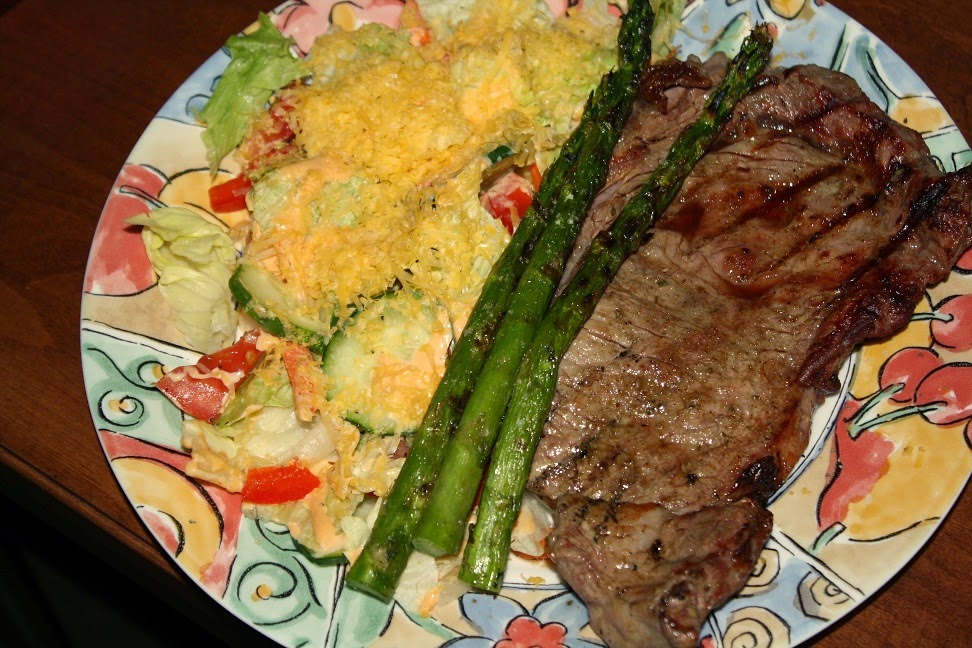 This is the entertaining and cooking area prior to the commencement of the seafood eating festivities.  We moved the toaster oven outside for baking, I use the red Coleman propane grill as a stove, and the Weber Jumbo Joe is for charcoal grilling – all three were used this day. 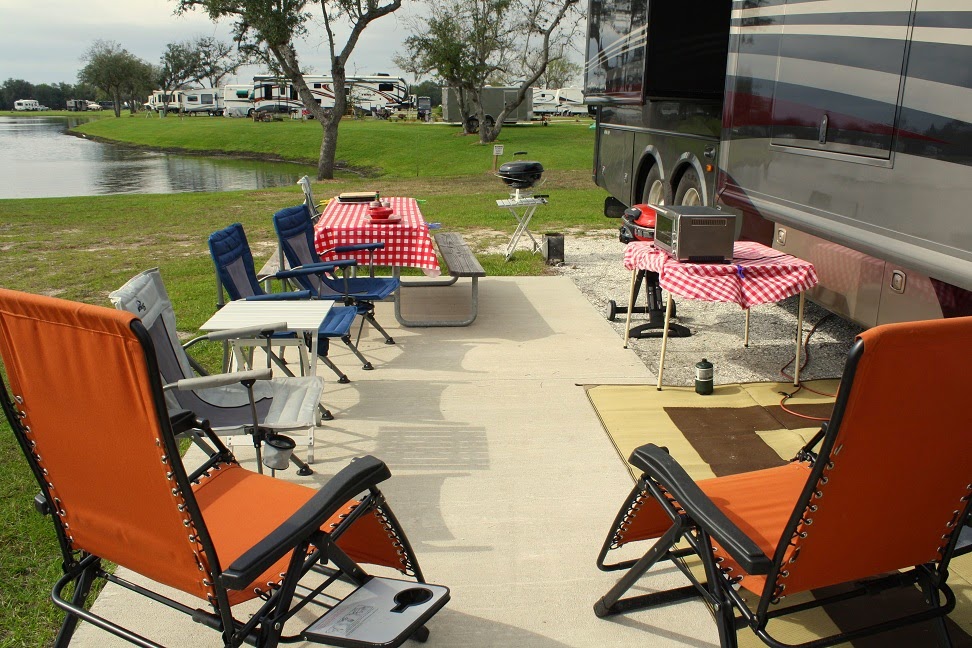 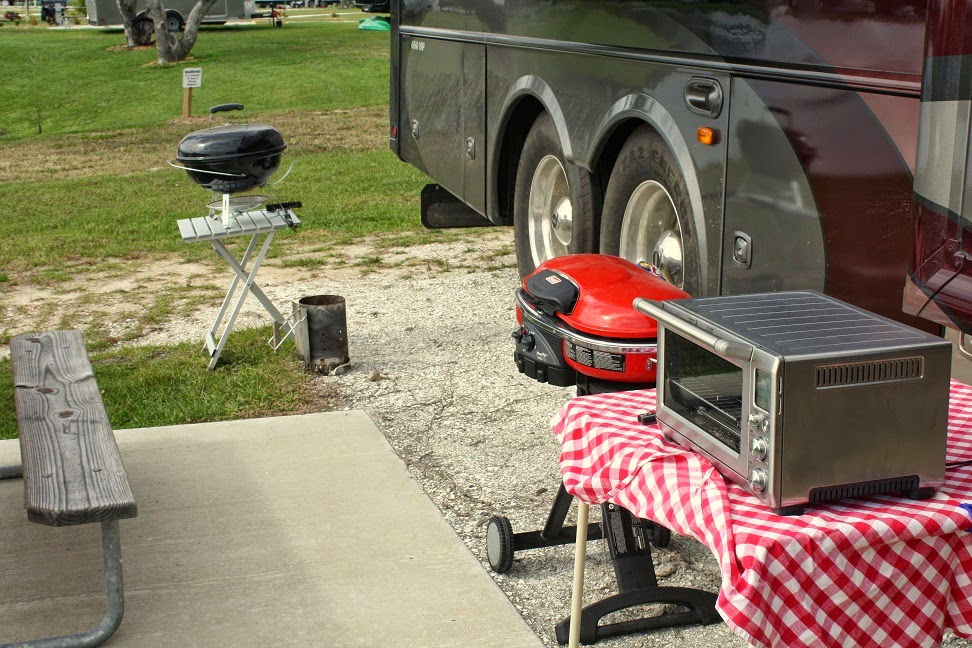 We began our all afternoon seafood-a-thon (sorry you’re not here Joe) with some raw oysters. 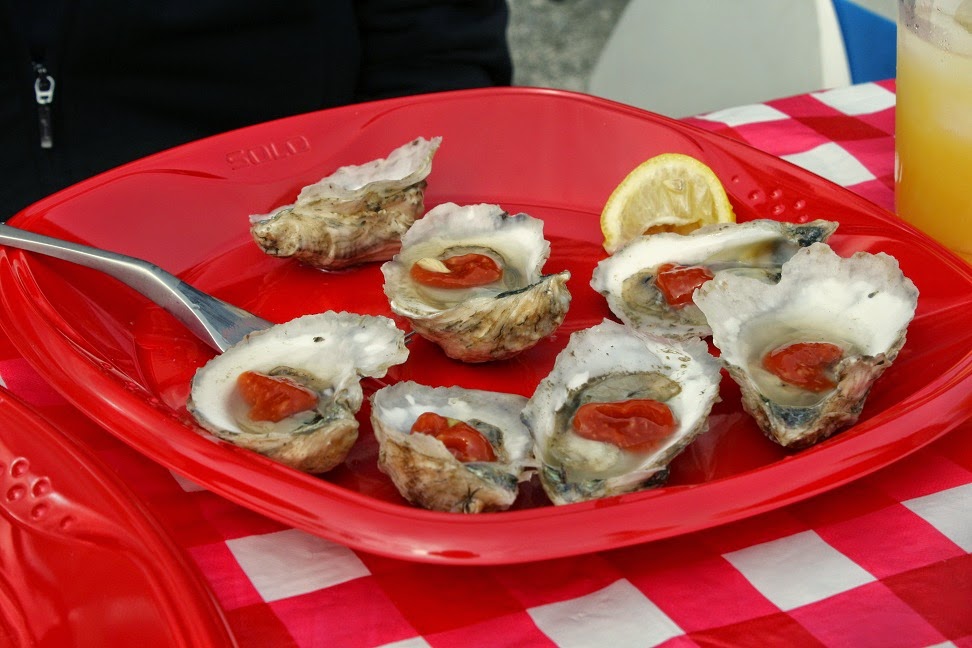 After this first shot of Sam’s oysters, we descended into an afternoon of visiting, eating, and sipping fruit drinks so no other photos were taken – I obviously don't do well being the cook and photographer at the same time.

The raw oysters were followed by a batch of boiled little neck clams, which was a new way of cooking them to me as I had always steamed them.  But when the guy who farms them says to cook them completely submerged in seasoned boiling water, who am I to say otherwise.  He also advised cooking them in the mesh bag so they can all be easily removed once they begin opening.  I added some smashed garlic cloves and a couple of squeezed lemon wedges to the cooking water and served them with melted garlic butter.

They do seem to stay more moist and tender cooked this way but I still took them out as they opened rather than waiting until all were done and removing the whole bag full.  One of the advantages of the boiling water is that you can leave the pot lid off and grab them as soon as the pop open.  Here are a couple of shots lifted from the web and mine looked pretty much the same. 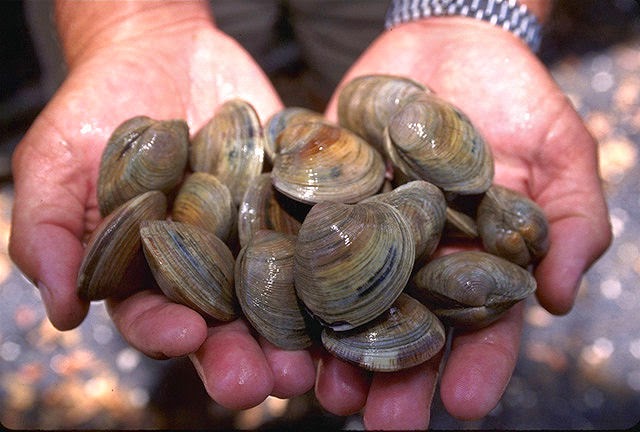 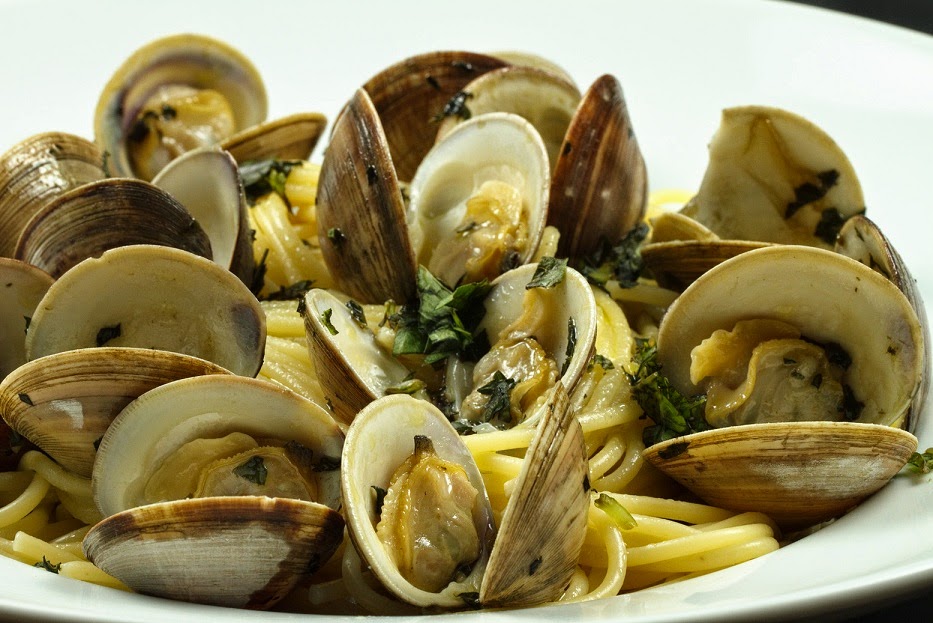 Bev just had to bake up a batch of rolls for the event and as always, they were a great addition – maybe even the best part.  In addition to the preceding, we noshed on grilled oysters Rockefeller (which Sam said may have been the best ever), char grilled shrimp, slaw and potato salad provided by Sam, and finished off with a French pear dessert and chocolate dipped local strawberries.  Needless to say, no one walked away hungry.

As always, it was fun to spend time with Sam and Meakin and he learned a new skill - he is now an oyster shucker  - we look forward to a visit at their Florida home the next week.