Kitty, South Carolina, And A Rail Or Two

As you likely know, we have a cat, Kitty, whose job it is to keep the house free of mice and she is very good at it.  On this day, she sat on a chessboard without moving a man and peered out the window as though she was looking for her next victim.  She is wearing her pretty winter coat. 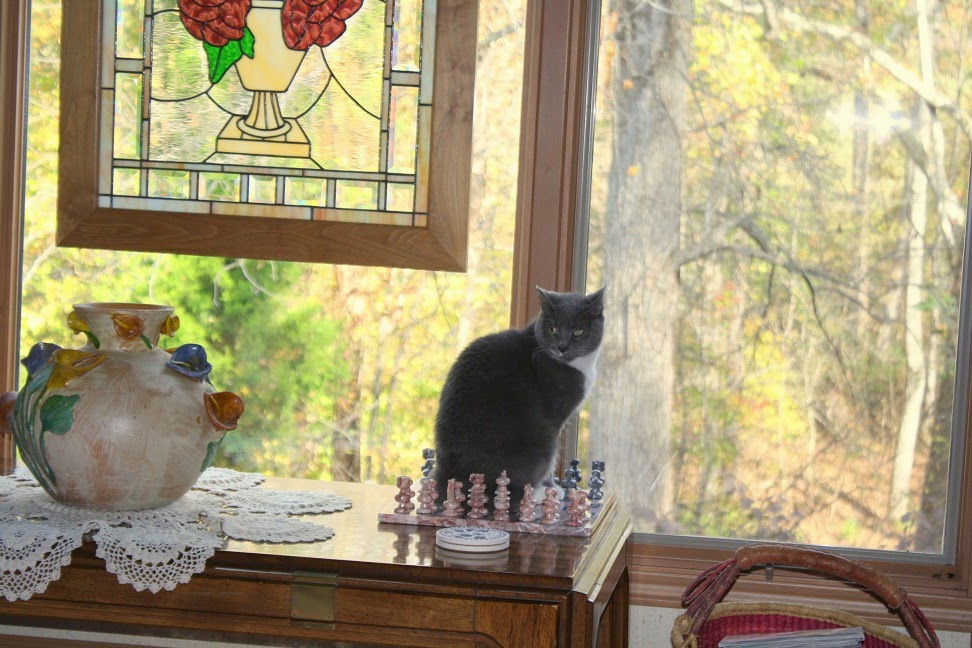 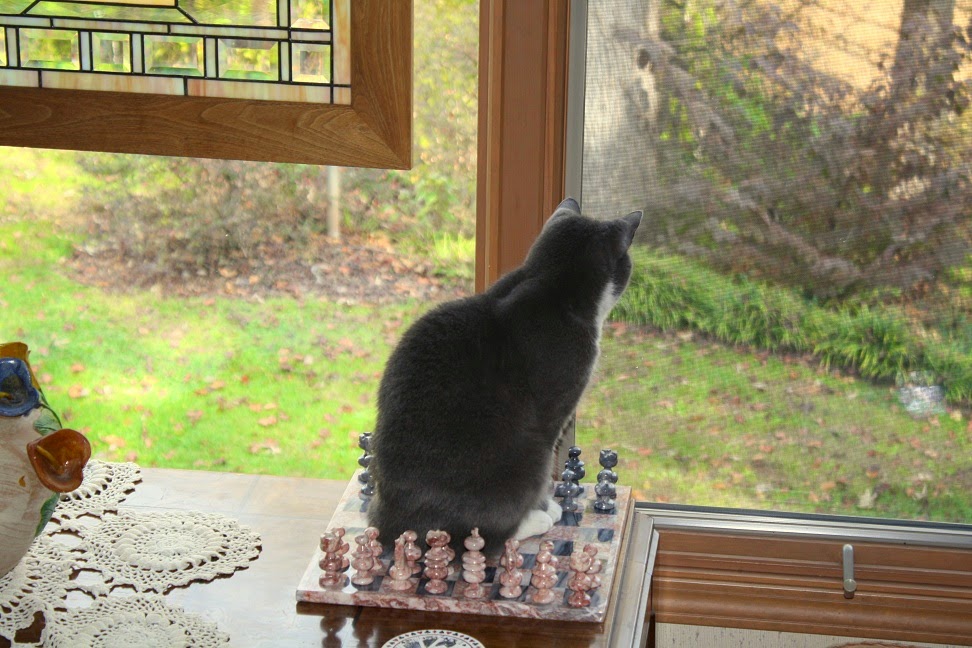 The weekend before Thanksgiving we drove Madison to Columbia SC to meet up with her parents so she could join them on a Caribbean cruise and since we couldn’t leave until after school on Friday, we only drove to Hendersonville, NC.  Early Saturday morning we drove south on I-26 where we shared the road with a lot of flag flying Gamecock fans headed to Columbia for their noon game.  Then on the way back we were among the Clemson Tiger fans headed for their 3:30 game we saw a first - we thought the USC fans had their vehicles adorned until we saw these: 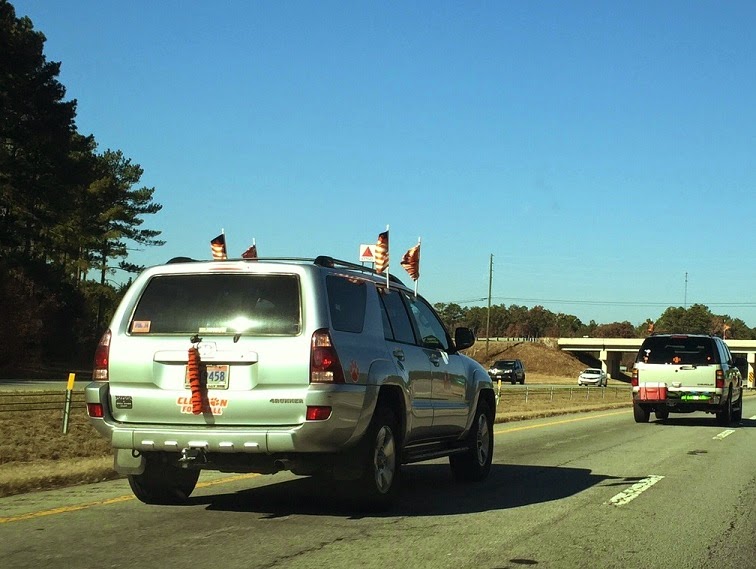 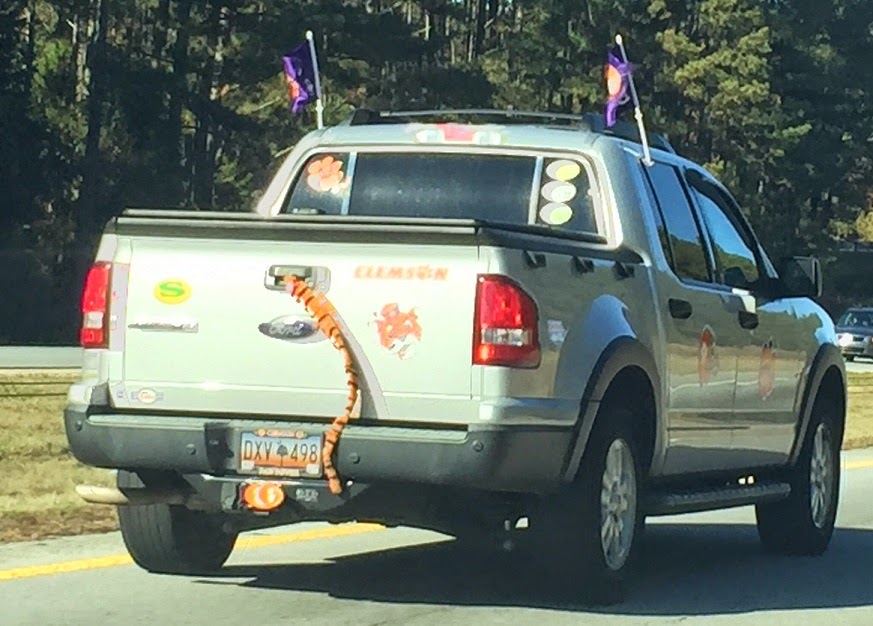 These folks know how to adorn a car.

Speaking of college football, and sports in general, I hate that they have totally sold out to TV and the marketing that goes with it – I’m marketed-to-death and definitely not one who watches the Super Bowl for the commercials.  I love that we have a Direct TV system with a recorder so I can let the games get ahead then fast forward through the commercials and I can actually watch two games at the same time this way.  This sell out to TV has resulted in 60 minutes of football playing time taking around four hours – I can’t remember the last time I made it through an evening game, which is another sore point with me.

Playing early season games at night in the hot parts of the country makes total since to me, but playing on a 20*, snowy, Thursday night in Morgantown, WV when a much nicer Saturday afternoon is coming up is obviously all about the money.  But then again, are there many things that don’t seem to be about the money.

One last rail for those of you have been keeping up with the happenings in Ferguson, MO.  I thought justice was a jury of peers evaluating and discussing the evidence and making an informed decision, but for this event justice appears to be "getting the result I want" and it seems they are confusing justice with revenge.  Can you imagine burning down your community store because you are angry about something else - is our society this fragile - makes me think I should watch "Doomsday Preppers” more seriously.

Thanks for letting me get these two off my chest now let's go record some football games for Friday and Saturday.

Have a great day and, as always, thanks for stopping by Almost Heaven South.