A Cabin In The Mountains

I really needed to get away from it all, so rather than make the RV trip south with two women and four dogs, I elected to book a cabin in Cumberland Mountains State Park for just Bev and I and we left Madison and the dogs in the hands of our house sitter.  As it turned out, this trip matched up with the arrival of the cold snap that moved into the area and the temperature dropped five degrees from the valley floor (where we live) as we went up on the Cumberland Plateau – the Cumberland mountains are the southern name for the same range called the Allegheny’s in the North and along with the Blue Ridge (and Smoky’s) to the east of the valley and some others in New England, they make up the Appalachian Mountains.  The state park lies just a few miles south of Crossville, TN along US-127. 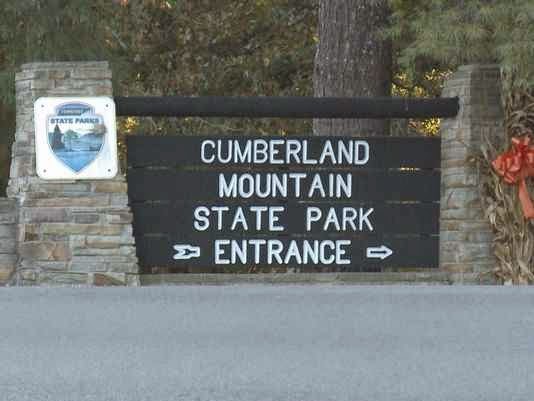 I reserved a one bedroom, rustic cabin with a wood burning fireplace thinking it would be nice to pile up in front of the fire, do some blogging, and hope for snow.  This is my shot of the cabin outside and some of the inside from the park’s website. 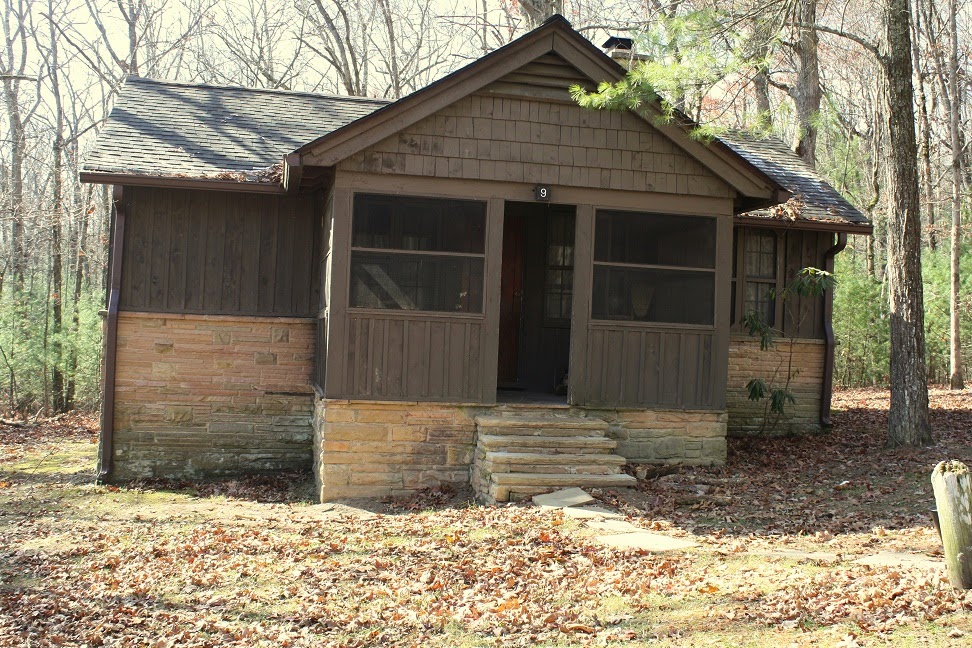 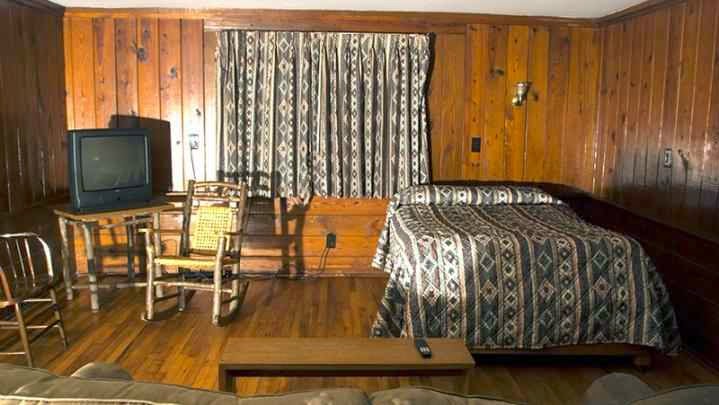 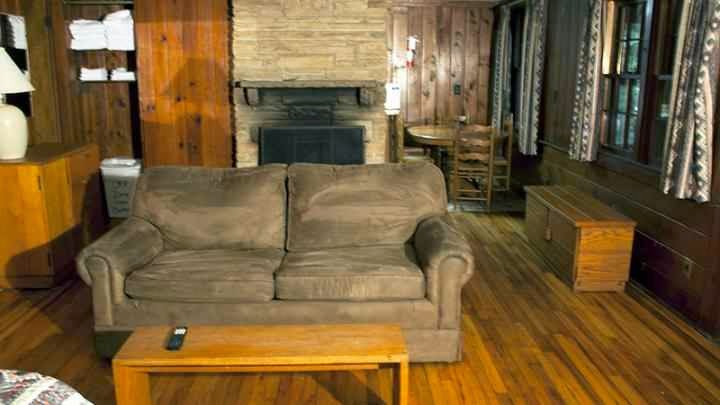 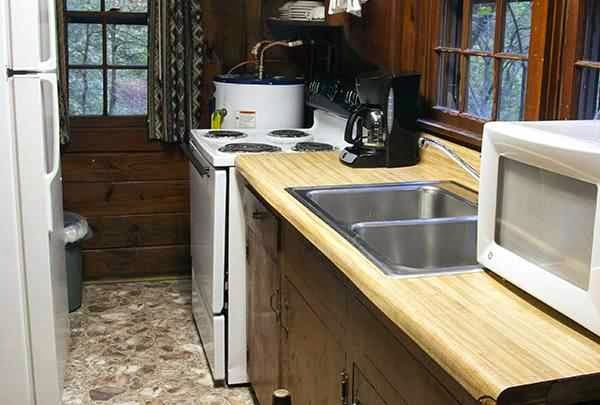 The cabins are nestled in the woods with plenty of space between them but it soon became evident that this was a summertime park as we found only four cabins occupied in the entire cabin area containing 37 rustic and modern cabins.  While it had everything we needed to live, ours was definitely a rustic cabin, had been there for several years, and could stand a few improvements such as weather stripping around the door to reduce the drafts – I could see light around the door, which is not good in sub-freezing weather.  This is the cabin area around us and I can imagine it being very pretty with leaves on the trees. 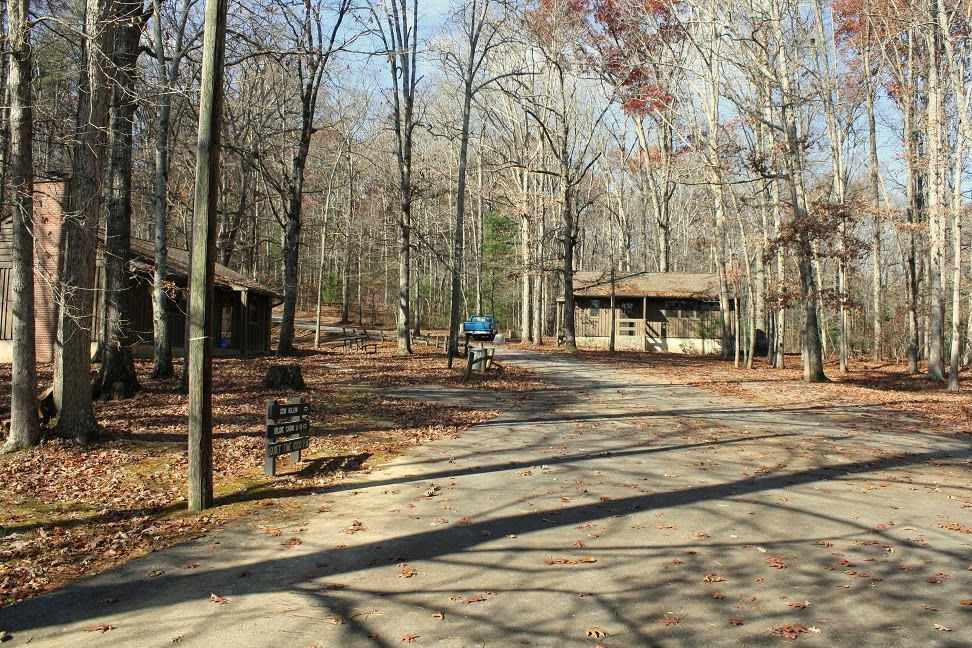 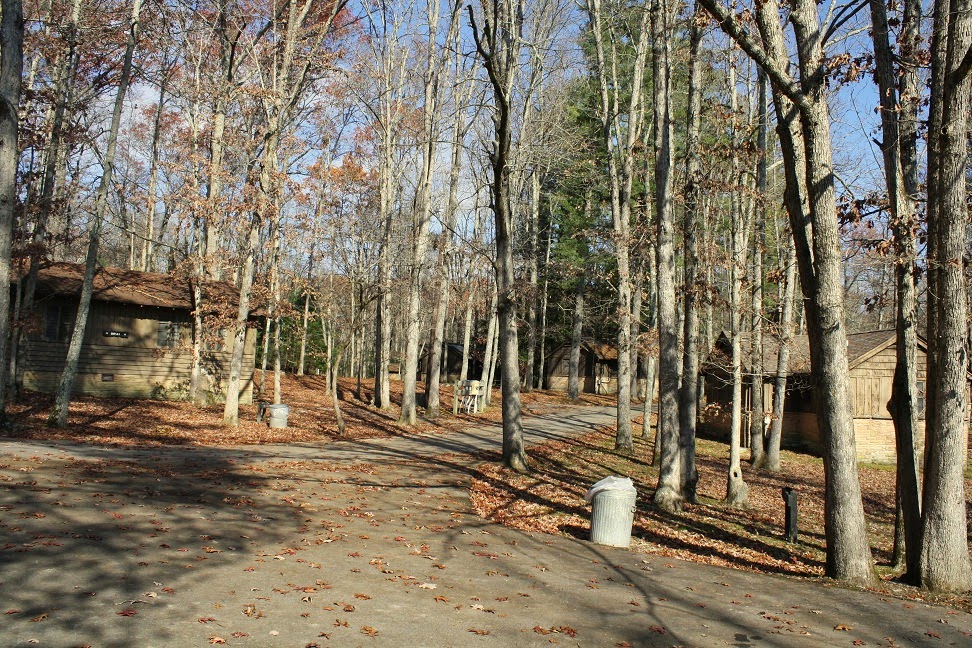 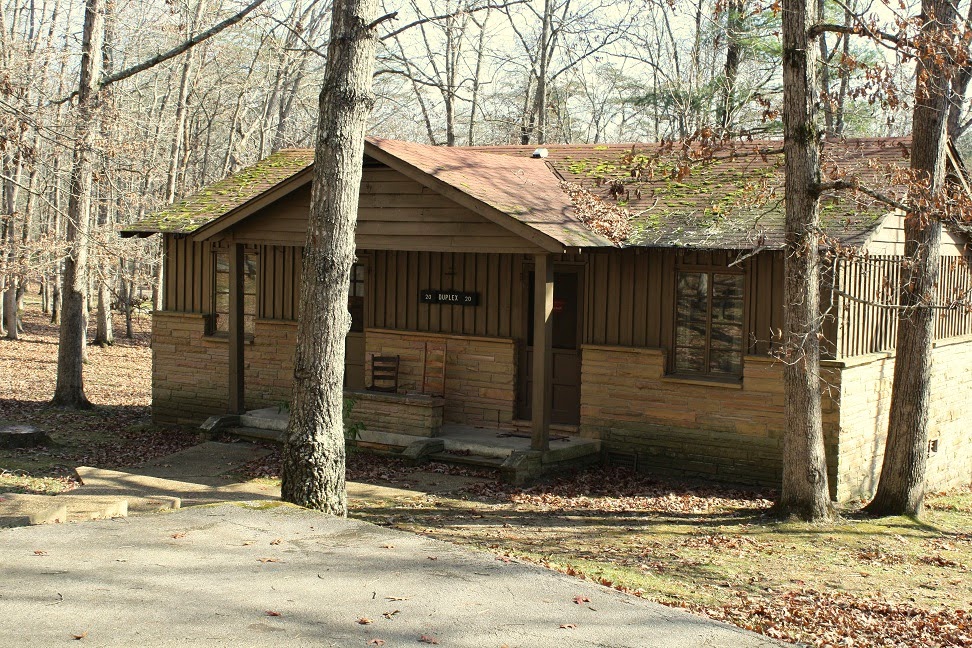 This one of the modern cabins. 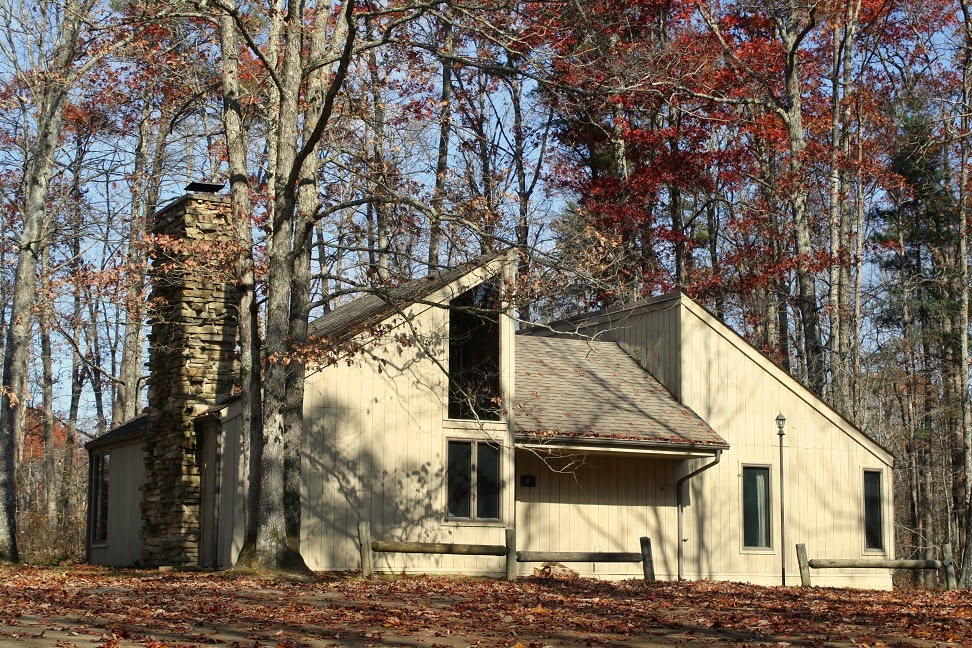 One of the things I promised Bev was that we would do very little cooking to minimize kitchen clean-up, which she usually does, and even though she just got home from two weeks at a condo in Marco Island I wanted this trip to be as stress and work free as possible for both of us. The first night, we ate dinner at the park restaurant where they provide a buffet for $9.25 and they had a pretty good crowd for a Thursday night.  They had a good salad bar and even though the hot food was about what you would expect from a state park, we still managed to eat too much - I hate buffets as I always believe I have to try some of everything and to get my money’s worth.  The restaurant building is very nice and sits on the lake with that side all glass. 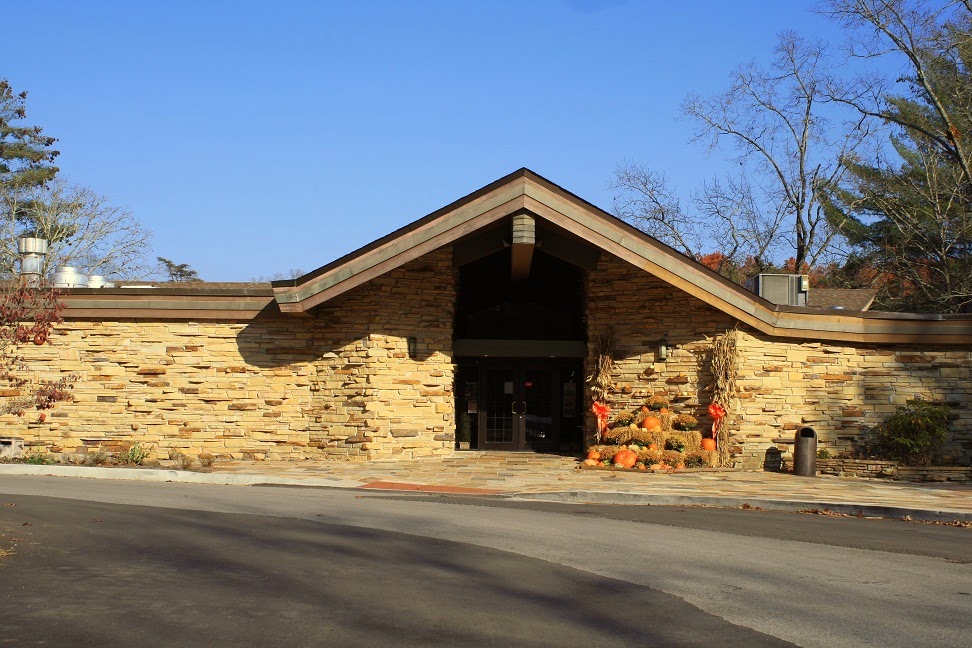 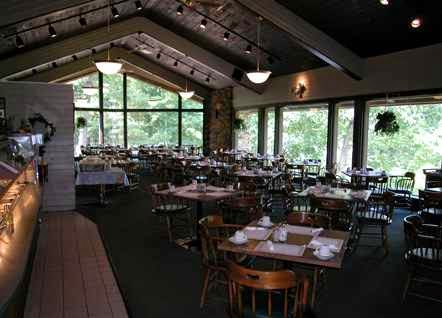 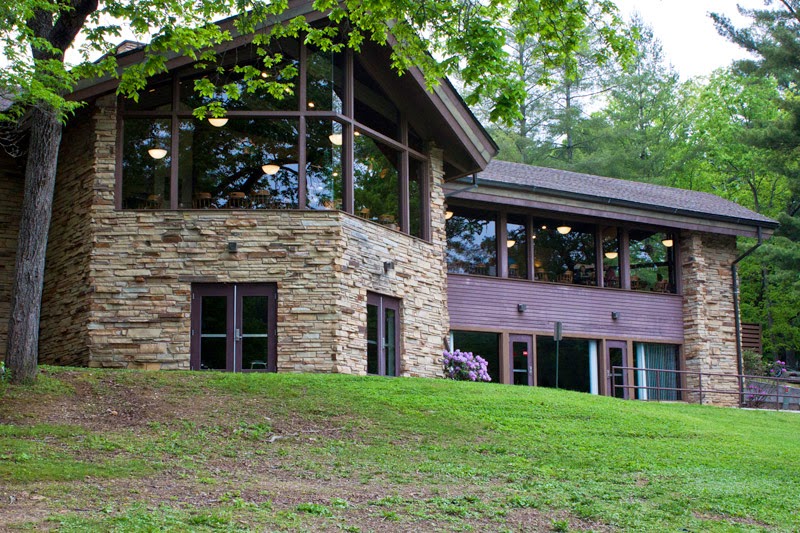 And the best parts for Bev – no one was calling her name, no dogs were demanding her attention, and she got to stay in bed every day until ready to get up.