We Need A New Gas Grill - Or Not

“Why in the world would he blog about cleaning up his grill?” you might ask. “Surely he doesn’t think we readers are interested in this”, you might say. Blogs seem to be used for all sorts of things such as recipe sharing, as a travel log, for a photo album, etc, but for me it’s more of a diary. Since I have a bad case of CRS, it’s a way I can keep track of our travels, family, recipes, weather, etc. all in one place and occasionally go back and even find it.  I'm very flattered that you take the time to read it.

Our gas grill had gotten to the point that four of the five burners were just putting out yellow flame at the back but not much heat and Bev suggested we should consider a new one. But I decided I had to determine what the problem might be first - spiders in the burner orifice for example. Since it was a Ducane and all stainless, I assumed the burners were fine.

I’m always envious of how Cowgirl Jeanie keeps her fleet of cookers looking so good - her smokers even look better than my grill.  So I decided I needed to see if mine could be salvaged and, if so, give it a good cleaning – here’s the outside and it has been neglected. 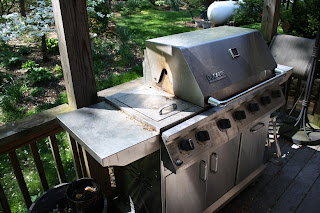 When I got inside I found it to be horribly dirty and the burners had failed. 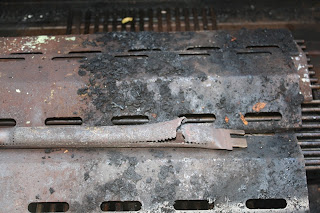 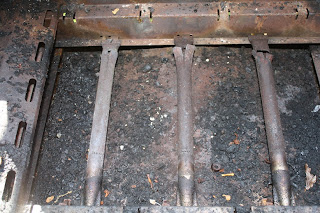 So I went on-line and found a source for replacement burners at $30 each, and decided for $150 I could have a fully functioning grill, so I ordered them. In the meantime I went about cleaning it up and was surprised at the amount of rust on the metal. I know all stainless is not created equal, but would have thought such a reputable grill maker would have used a higher quality metal – this must have contained just enough chrome to look good in the showroom.

I cleaned the inside as best I could without getting too serious about it – it’s just going to get dirty again with the first cook. I gave the barely functioning igniters a good wire brushing and they all work fine now. 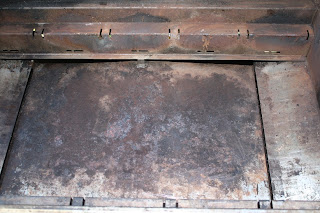 When I got the new burners, I adjusted the air intake just like those removed and the flame was awful. I ended up moving it from all the way in one direction 2/3 of the way in the other direction. This may have been why the burners failed and why I never thought it got as hot as it should. 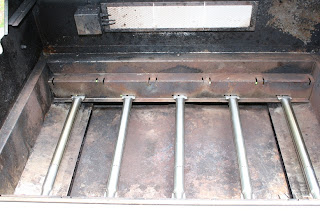 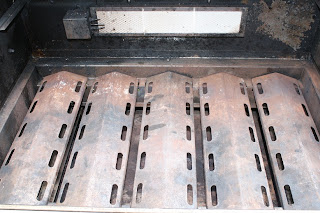 For the outside, the lady who cleans our house was available and since she is a pro, more agile than me, and will work harder at it, she got the job. She cleaned the underneath storage area and outside and did a super job – if it’s still on there, it isn’t going to come off. 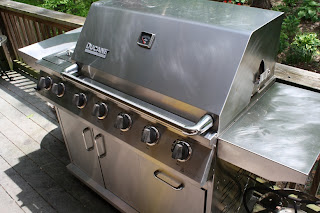 After it was all cleaned, I laid in the grill grates, cranked it up to full blast for grate cleaning and it hit 500* for the first time ever.  The grates still need a little work but it looks real good compared to where it started - but still bad compared to Jeanie's, oh well.

The lessons – don’t assume it came from the factory right, keep the cover on when not in use, give it a good cleaning at least once a year and the grates often.

One year ago:  Sweet Taters and Eggs and Tuscan Tuna, White Bean and Avocado Salad (I had a lot to say that day)