While picking up supplies at the market, we discovered a 2 for 1 deal on chuck roast and I knew I had just the recipe, so into the cart they went.  As we are fans of balsamic vinegar (especially Bev) I had recently saved Penny’s recipe for Crock Pot Balsamic Shredded Beef from her Lake Lure Cottage Kitchen blog.

Since I followed her recipe, rather re-print it here, please head over to her blog for the recipe and some delicious shots.  As I've mentioned, I like to camp and do as much as possible outside using the Coleman propane and Weber Jumbo Joe charcoal grills.  Since I discovered the Coleman is a real pain to clean after grilling, I now use it as a stove and grill on the Weber.  Since we have only a 4 qt. crock pot, I had to cut the meat into pieces and used the opportunity to remove some of the major fat. 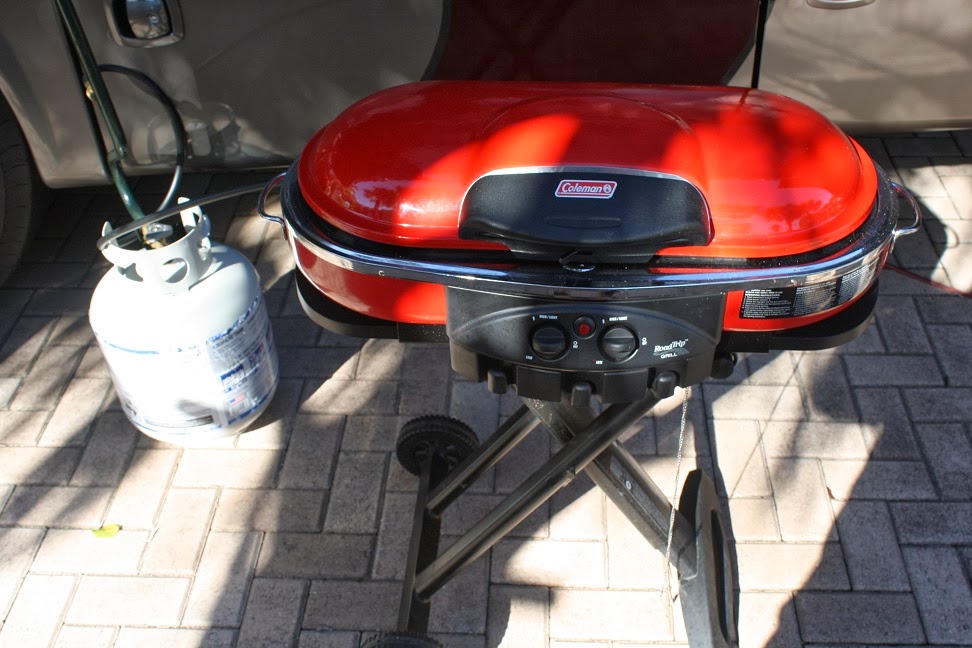 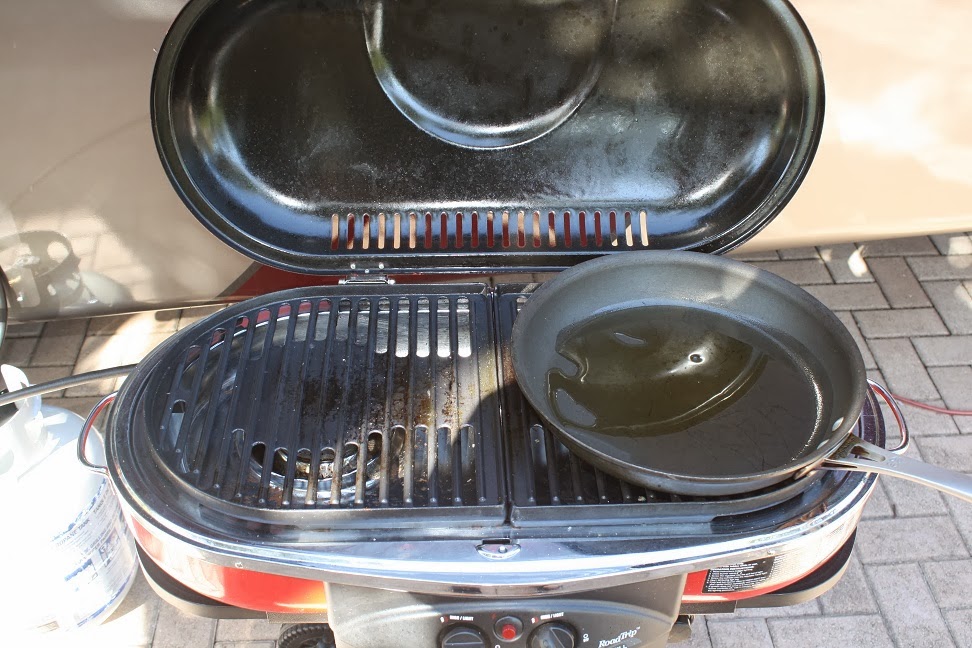 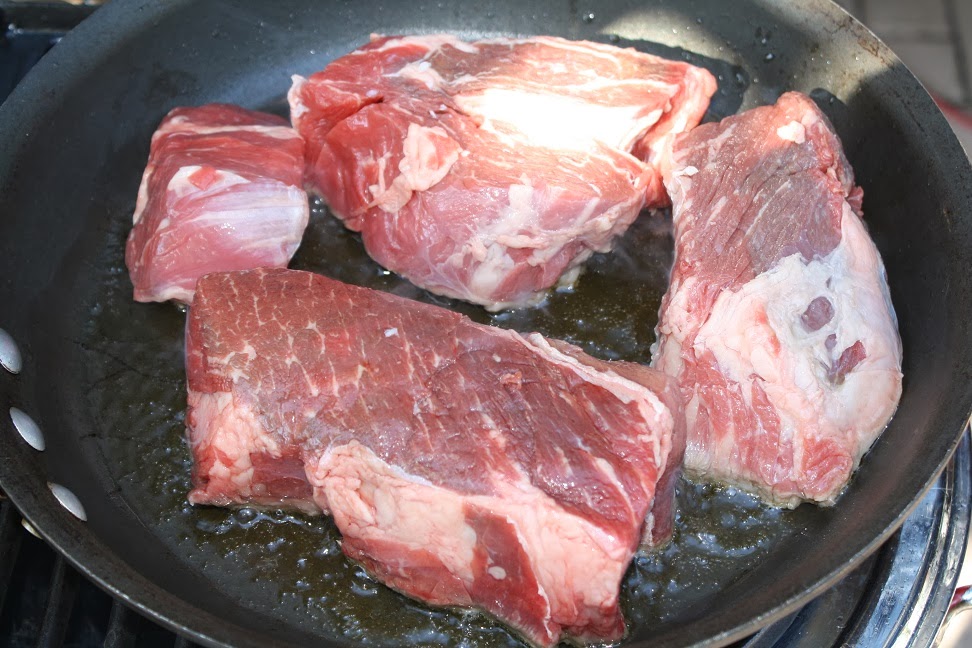 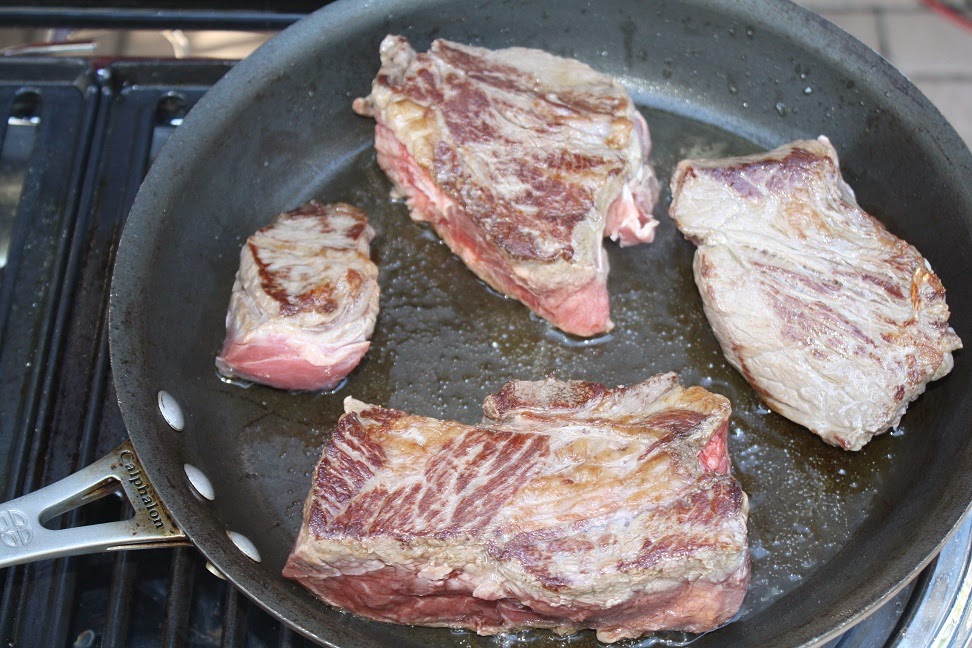 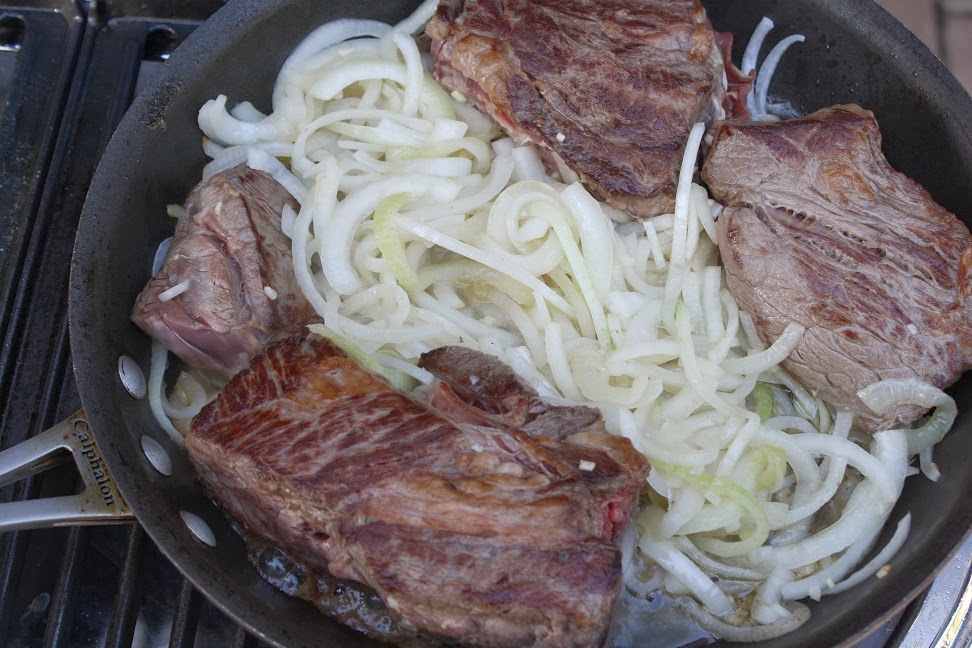 Then, after browning in a skillet, I stood the pieces of meat on edge to fit into the crock pot and poured the sauce over it.  After cooking, I removed the meat from the pot along with half the broth and after shredding the meat, I added back just enough broth to provide the moistness I was looking for.

We just boiled some potatoes, mashed them on our plate (remember, we're RVing) and topped them with the meat. 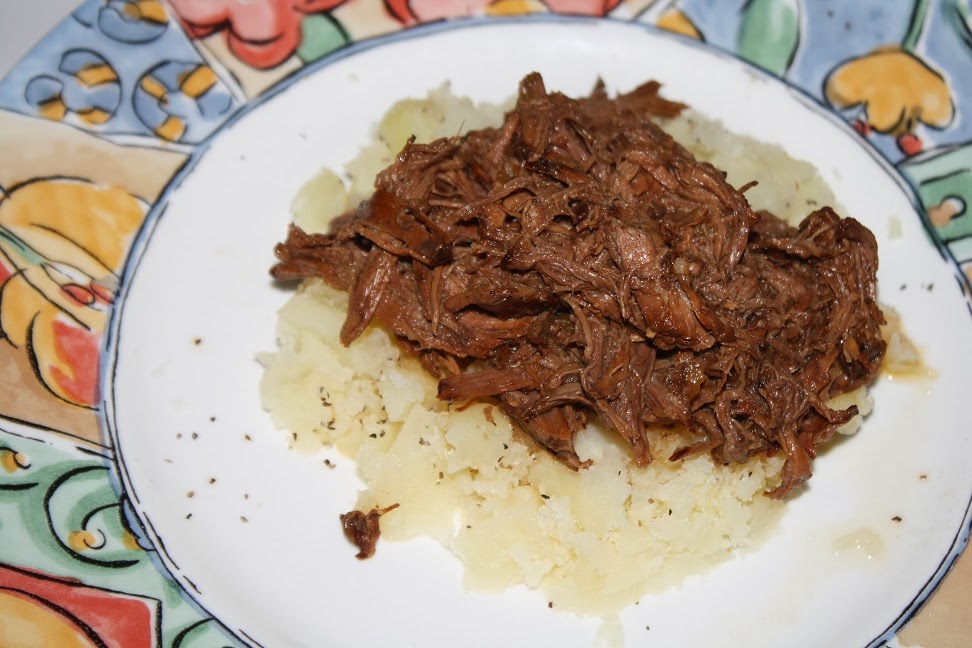 It was delicious and a fine alternative to the normal roast beef flavor - thanks Penny.  It made an outstanding sandwich as well. 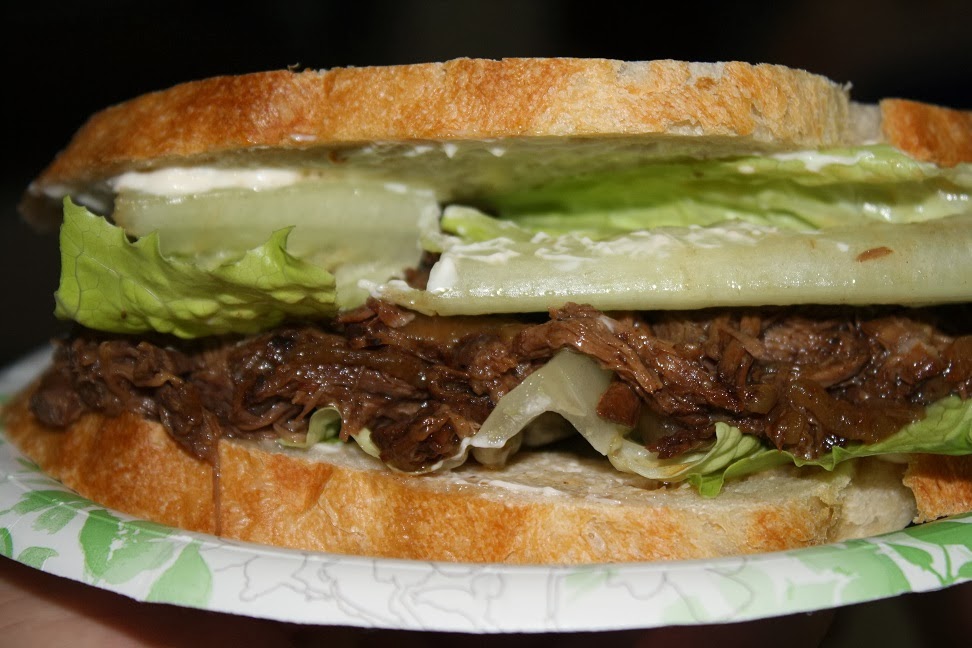