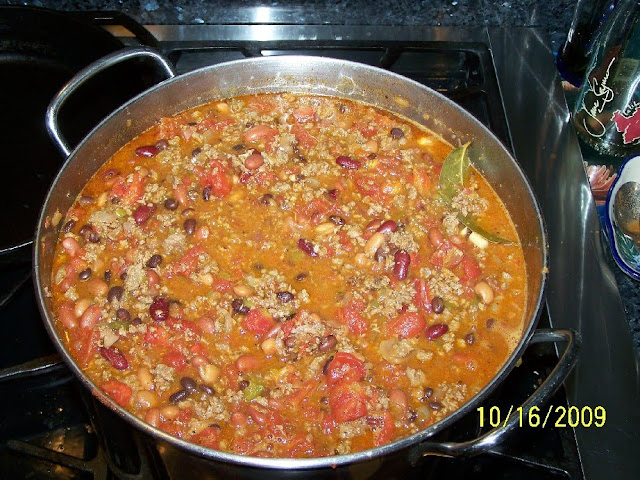 Next up was Southern Style Meatloaf from Mary’s blog Deep South Dish.  Unfortunately, we ate one and the other one got into the freezer before I got a shot of it, so check out Mary’s blog for the recipe and lots of pics.  As expected it was a good version of this classic dish and we all enjoyed it.

The third meal was Southwestern Chicken Spaghetti using the recipe from Steph’s Plain Chicken blog - check her site for the recipe and more photos.  We made it per the recipe using boneless, skinless chicken breasts that we marinated in Italian dressing then grilled to an internal temp of 160F. 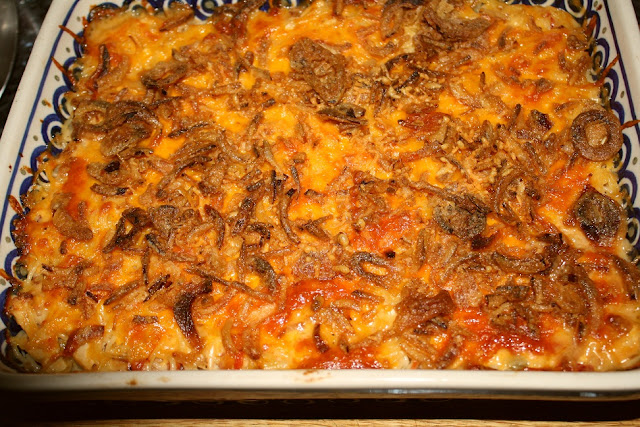 Steph said in her blog that it was an all new favorite and we can see why as we all thought the dish was outstanding.  Before making it Bev commented a couple of times that the French fried onions didn’t seem to go with it but after eating it she thought we should have used more.  I’m looking forward to baking and enjoying the one we put in the freezer (froze it with everything but the onion rings).

The next meal was Manhattan Clam Chowder using a recipe from my dad’s second wife and while I prefer the New England version, I really like this healthier version as well and I opted for it in lieu of Bev’s suggested vegetable soup.

Add all the ingredients to cock pot, cover and cook on low 8-10 hours. 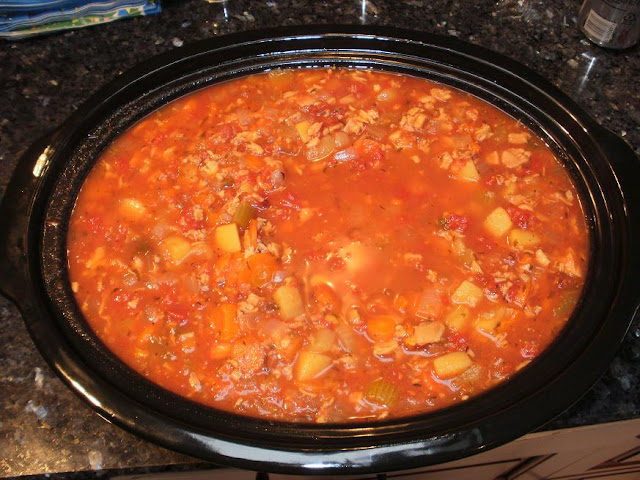 We served the soup as a warm up dish for the crappie in lemon/butter/caper sauce to our friend Russ and his daughter, Cynthia, before he heads to the Florida Keys for the winter.  I owe him big time for rewiring my RV surge protector and hopefully this meal along with some margaritas will make a good down payment.

The final meal was Glazed Bacon Wrapped Tenderloin slightly adapted from the Closet Cooking recipe and baked NC sweet potatoes from the Asheville Farmers Market.  Check out Kevin's site for great shots of the tenderloin and the original recipe.

Directions:
1. Rub the pork tenderloin with the mixture of the Cajun seasoning and brown sugar and wrap it up in the bacon – I butted the slices together and used tooth picks to hold them in place.
2. Heat an oven safe skillet over medium heat, add the bacon wrapped pork tenderloin and cook until it is browned on all sides, about 10-15 minutes. 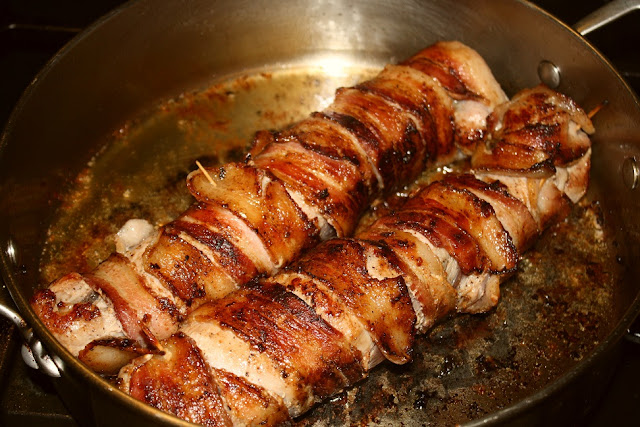 3. Transfer the pan to a preheated 400F/200C oven, roast until the pork reaches 130F internal temperature, remove from the oven and brush on the preserve mixture.  I used a remote probe thermometer to monitor the meat temp.
4. Return to the oven and cook to a 140F internal temp, remove, and brush again with any remaining preserves, rest for 5 minutes, slice and serve. 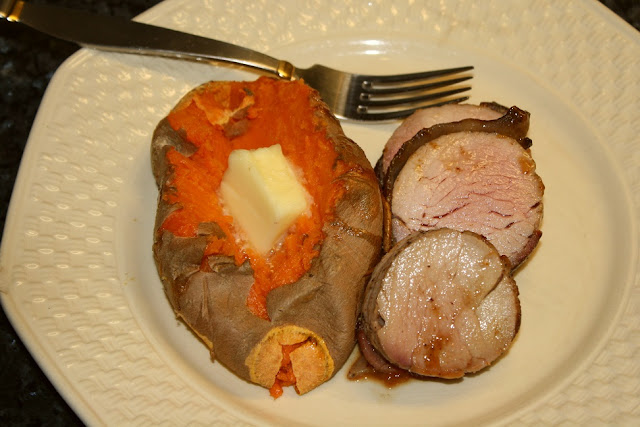 My three girls (Bev, SIL Pat, new roomate Cindy) and I all thought it was delicious and a definite keeper recipe.  I like my pork just slightly pink and still very juicy so this was just right.

With two soups, two casseroles, a pork tenderloin, and a meat loaf, along with plenty of eggs and English muffins, I should be good-to-go food-wise while Bev and her friends pile up at the Marco Island beach for a couple of weeks.  Does she take great care of me or what?

PS - After two weeks, toes are doing well and I can get around fine in the boot.