Pasta And Cupcakes – Some Good Grub

The daughter of a good friend (also a good friend) recently received her PhD from Purdue and while home for a break, Bev invited her down to do one of her favorite things – make pasta.  They made it using the same recipe and method as a couple of years ago and once again, it turned out very well. 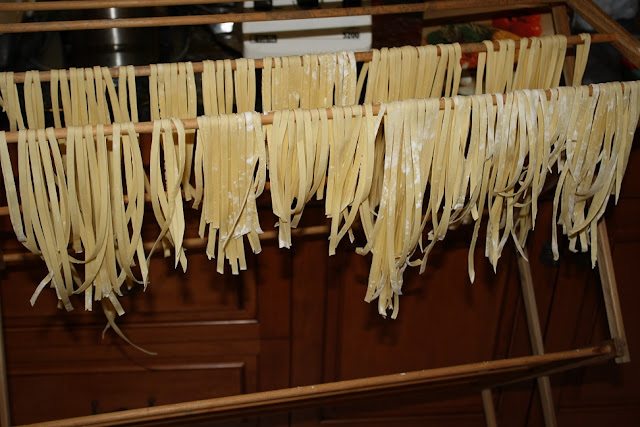 Bev made the sauce a couple of days before using the Grandma Maroni’s recipe.

In a medium saucepan over medium heat, add oil. Once heated add the finely sliced garlic and onions to the pan. Cook over medium heat until soft and slightly brown. Next add the canned crushed tomatoes, salt and pepper and stir. Allow the sauce to come to a simmer and cook for 20 minutes. Remove from the heat and add the julienned basil.

The meal that evening was the homemade pasta, meatballs from the freezer, and the sauce and it was excellent but I took no shots.  I did get a shot of the salad be began with though. 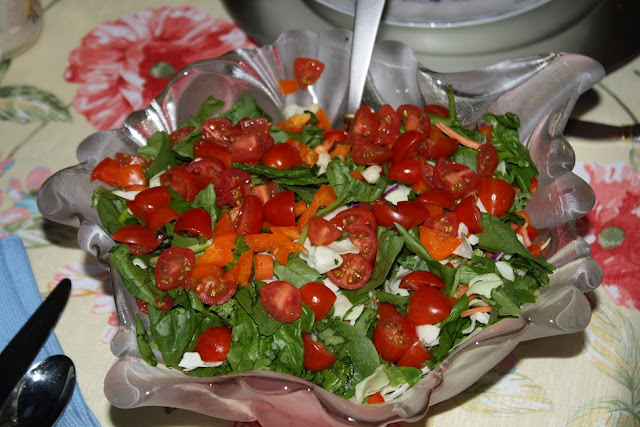 We topped the meal off with some Bev-made Tiramisu Cupcakes using the recipe from Food.com.  Rather than re-copy the recipe here just click on the link for it. 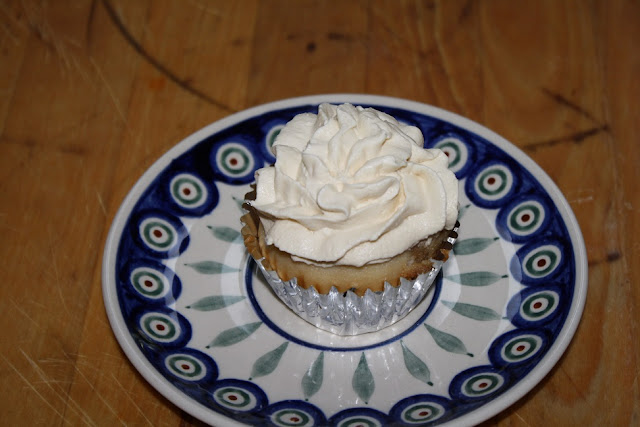 Bev made it per the recipe but rather than make the frosting, she topped it with the left over filling mixed with four ounces of softened cream cheese – she used the mixer.  She forgot the dusting of cocoa powder but they still may have been the best cupcakes I’ve eaten and just as good the next couple of days.

For the next meal, Bev had been craving Eggplant Parmesan and she also decided to make some breaded pork loin (schnitzel) – she discovered the meat in the freezer.  Since the kitchen was due to be cleaned up mid-afternoon, she sliced, breaded (Panko), and fried the eggplant and the meat around noon.  Then for the meal she nuked to reheat them, popped them in a 400* oven for a few minutes to crisp them, and topped with the cheese - I don’t think I could tell they weren’t right out of the pan.

We cooked up some dry pasta, reheated the sauce and meat balls, plated, and enjoyed a delicious meal. 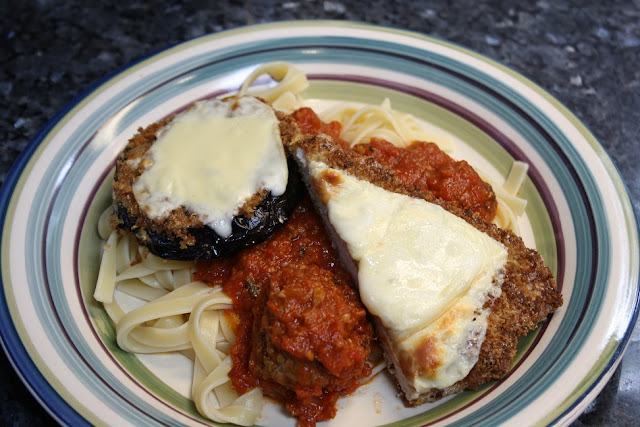 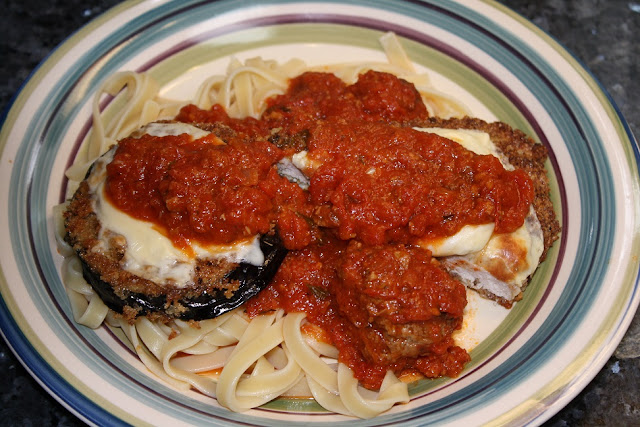 We ate good from this batch of marinara and it will be our go-to for a short-cook tomato sauce.