As you might well know, one of the things that interest us about this area is the food so we’re trying to get around to several restaurants and markets and this day it was Poche’s Market, Restaurant, and Smokehouse, which is about 15 minutes from the campground.  Right next door to the restaurant is the meat processing plant where they butcher their own meat and make the sausages and other tasty treats available in the market and restaurant. 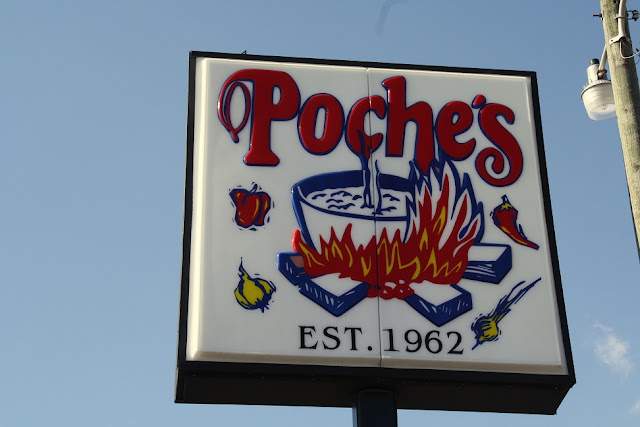 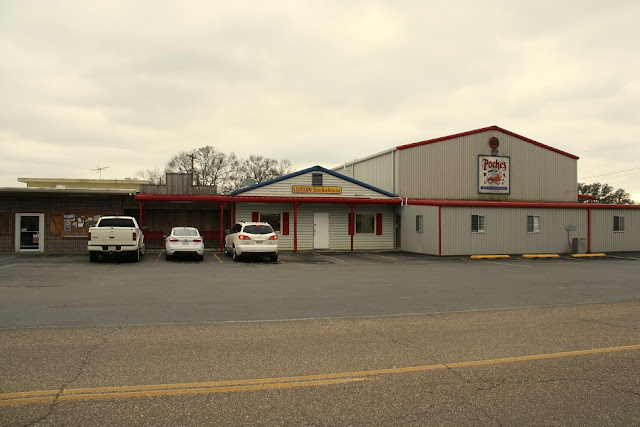 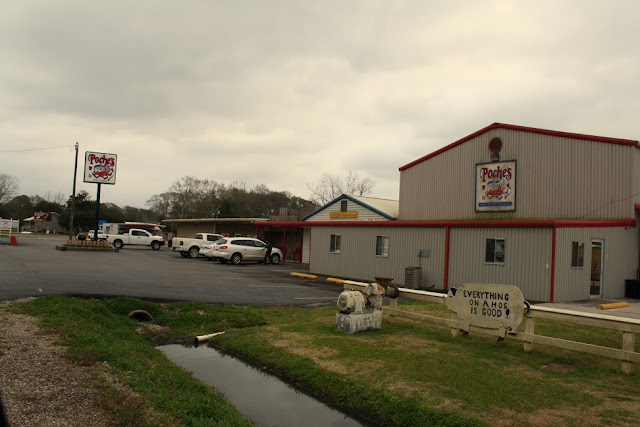 We went for lunch and it was a buffet with this as the typical Wednesday offering – “Your choice of : Marinated Pork, Stuffed Pork Chops, BBQ Ribs, BBQ Chicken, BBQ Sausage, BBQ Chicken Wraps, Crawfish Etouffee, Sweet Peas or Black Eyed Peas, Macaroni and Cheese, Potato Salad, Cole Slaw” – but it changes some based upon what may be unsold in the market.  We were early so not many diners yet. 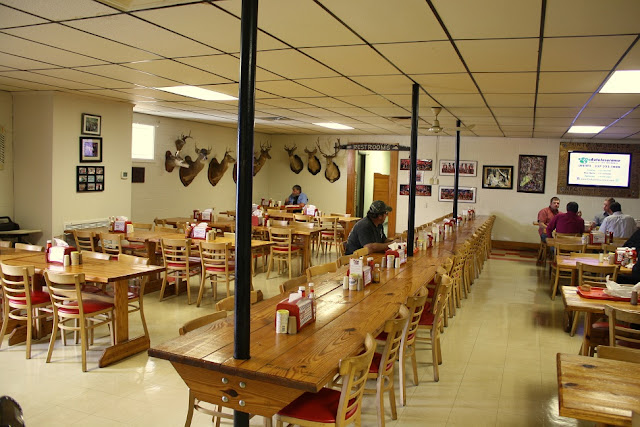 Pat had the stuffed chicken served atop rice dressing with mac & cheese and potato salad. 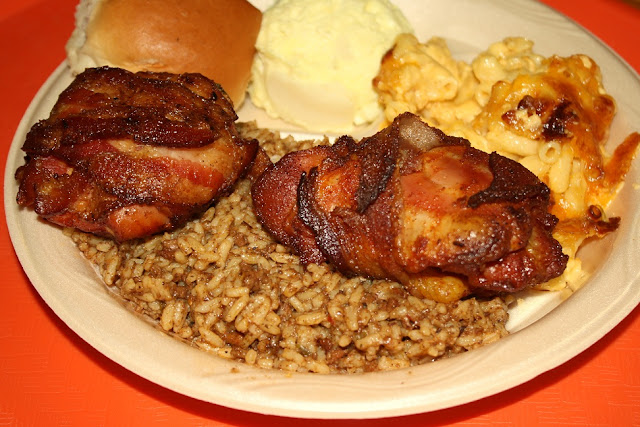 Bev had the seafood etouffee with the same sides. 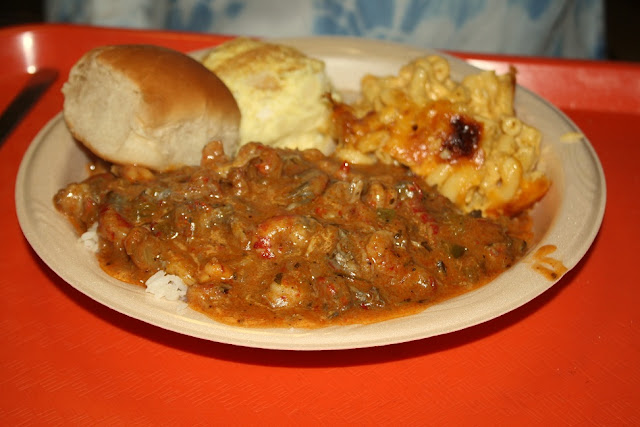 And I had the same as Pat except with a stuffed T-bone pork chop rather than chicken. 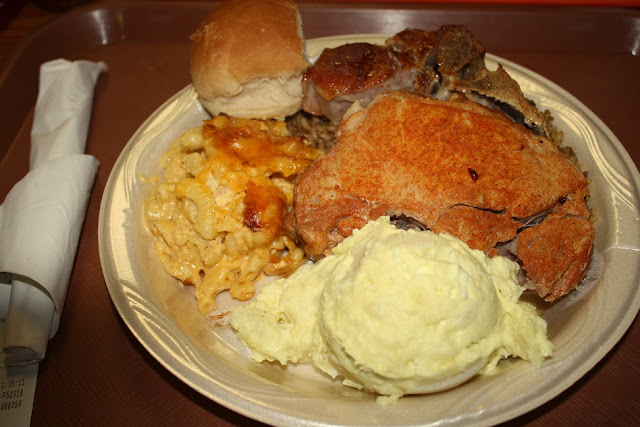 They must have thought they were feeding lumberjacks based on the amount of food.  I ate the chop and a couple bites of each side and asked for a to-go box.  We all thought it was very good and were surprised at how much we even liked the sides as they were well seasoned and not at all like the bland offerings in many restaurants.  I wish we had gone on Tuesday as smothered rabbit is one of the normal offerings.  After a little research, it appears that the rice dressing is the same as dirty rice and I’ll try to remember to ask when we go back.

After lunch, we checked out the meat market as we wanted to take some home with us and I bought a stick of andouille to sample.  We sliced it up back at camp and thought it was very good – even Pat who had pronounced that she didn’t like andouille.  So now we know we want some boudin from Hebert’s and andouille and tasso from Poche’s to take home –it's always great to buy from the folks who actually make it. 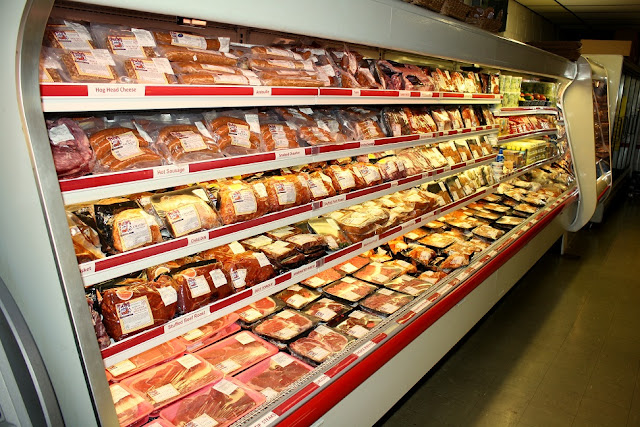 On Friday, we went back to shop for some items to take home with us so we went to Hebert’s for boudin and cracklins and then to Poche’s for andouille, tasso (tah-so), other sausages, crawfish boudin, stuffed pork chops and chicken thighs, and the most delicious boudin balls stuffed with pepper jack cheese. I wish the folks at home appreciated really good food and would buy from and eat at places like this rather than Walmart and McDonalds.

Tune in when we get home for some Cajun/Creole dishes and use of tasso in place of the ham we normally flavor beans, etc. - cause we also bought a cookbook.