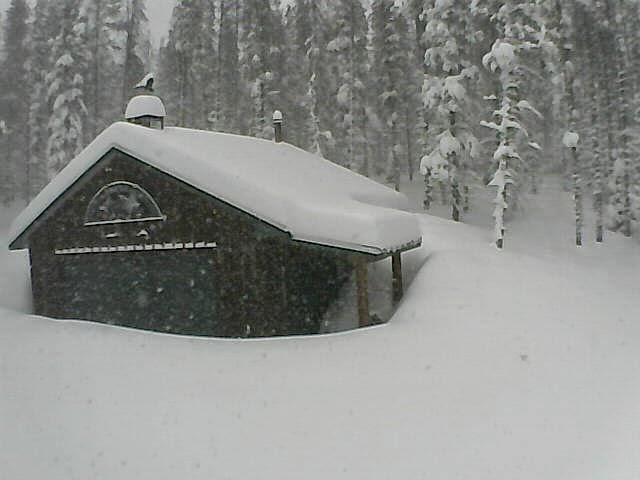 Everyone arrived for the rally at the Mt. Pleasant KOA by Monday afternoon and some of us made a visit to the nearby Boone Hall Plantation earlier in the day.  It is one of the very few plantations still operating in the united states and while it's changed ownership a few times and it's had four houses on it, they've been growing crops continuously for over 330 years.

The agricultural part of the plantation goes by Boone Hall Farms and while they grow several crops for their store and others, they seem to be heavy into strawberries and peaches.

The plantation is now owned by a brother and sister, neither of whom live on the property.  It's famed for the long live oak lined entrance with most of the trees planted in 1843. 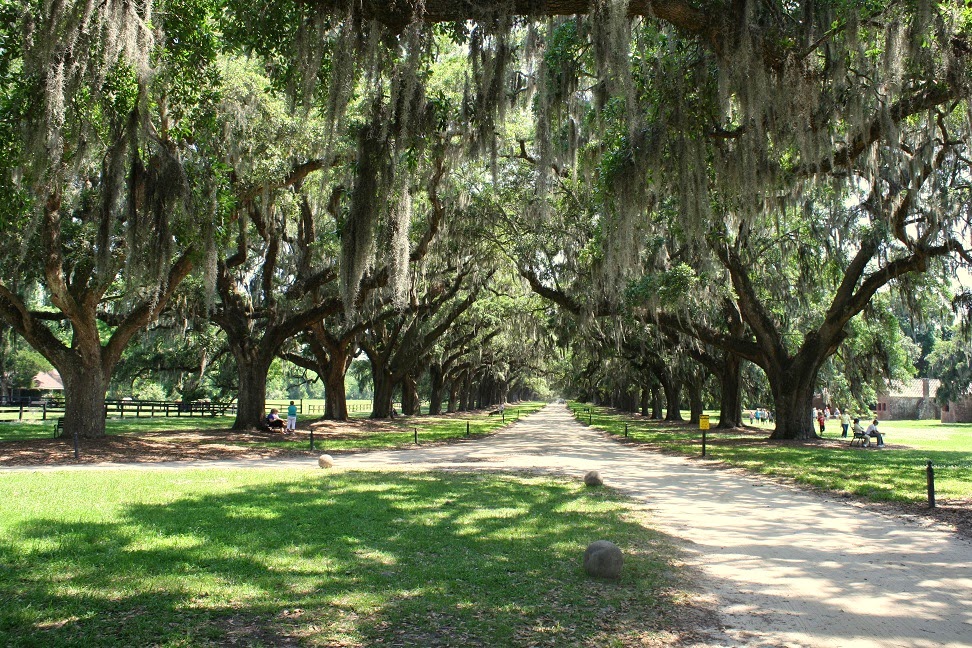 This is the 10,000 square foot main house which is open for tours on the main floor only.  While it was built in 1935, it used bricks from the on site brick factory and is constructed and decorated as it might have looked in the late 1700's.  This is the outside and a shot from the front porch rocker I was in. 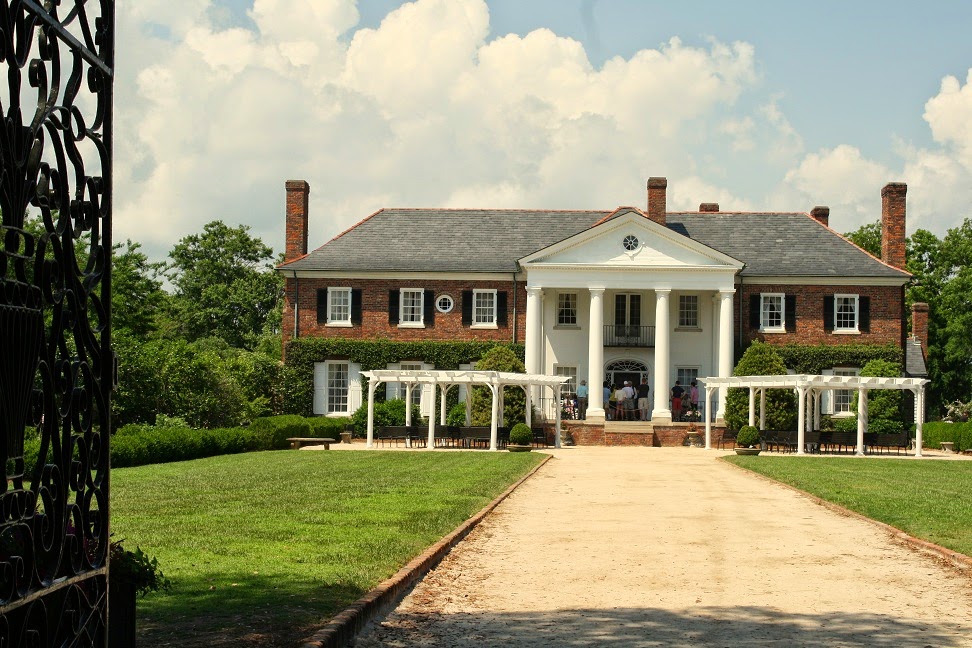 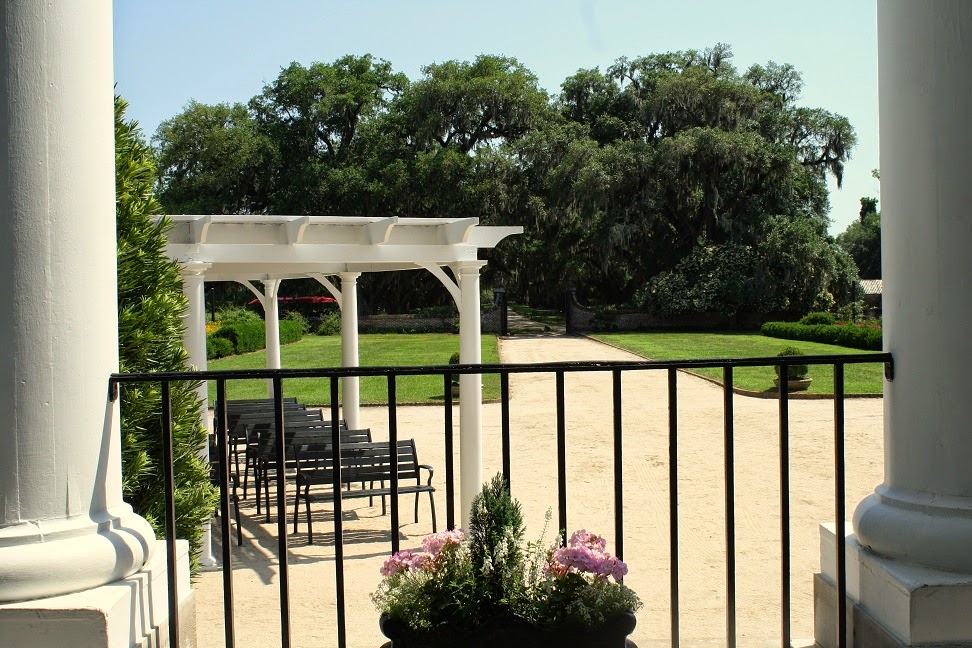 We took the house tour but photos were not permitted and I found none on the web either.  The floor was composed of the entrance hall, parlor, dinning room, solarium, and game room.

Before the Civil War, their primary crops were indigo and cotton, but after the war without the slave labor it was pecans and other crops.  To ship the cotton they barged it down do Charleston Harbor on the creek allowing the receding tide to help the movement.  They came back on the rising tide. 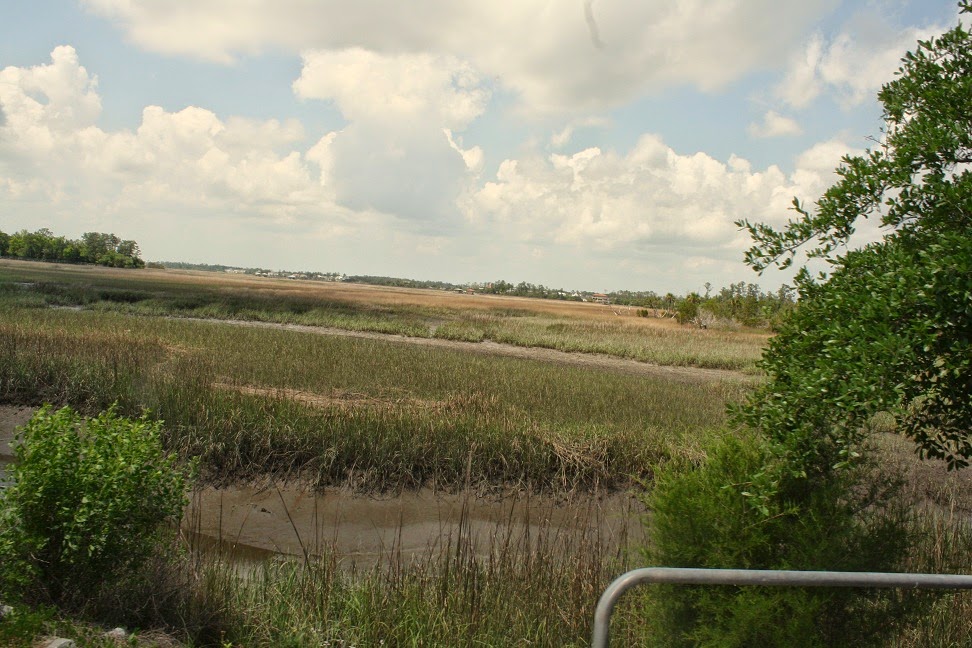 This is one of the remaining slave quarters and they are a good bit nicer than some I've seen in the South. 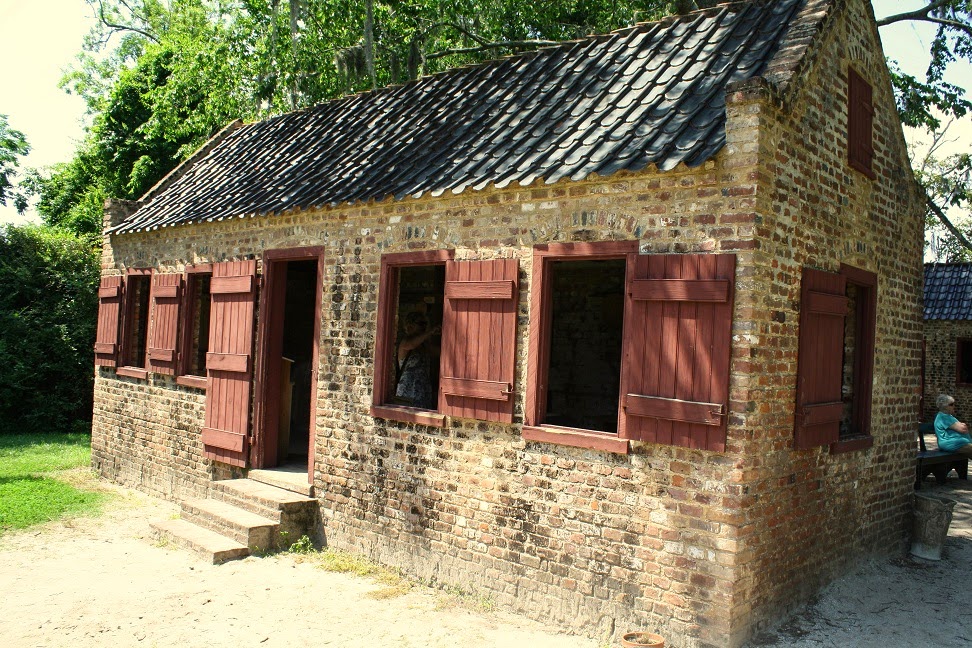 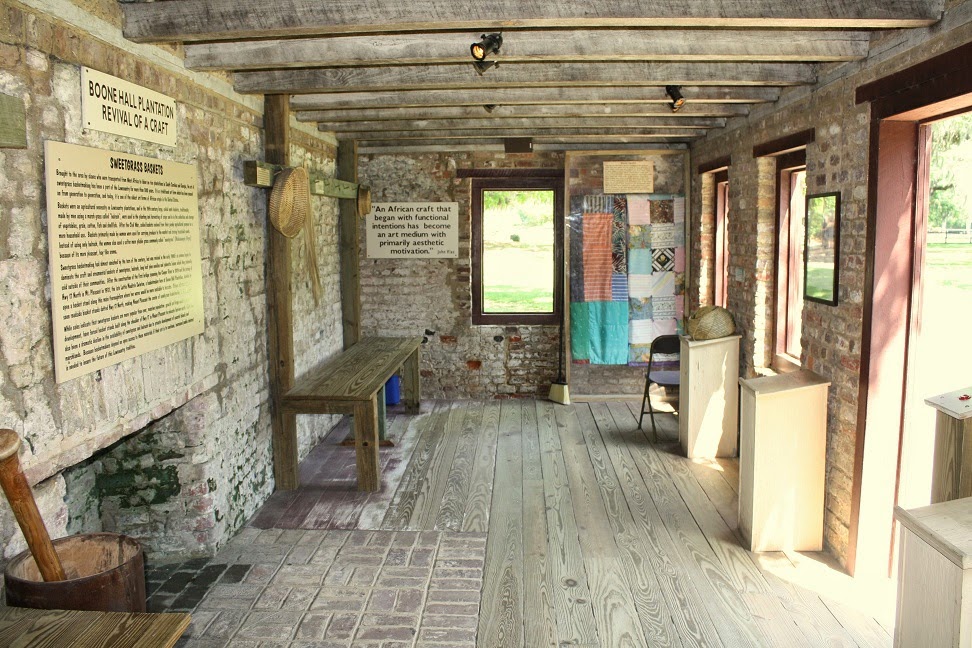 This is Sandy, Louie, and Beverly on the patio at the end of the house tour. 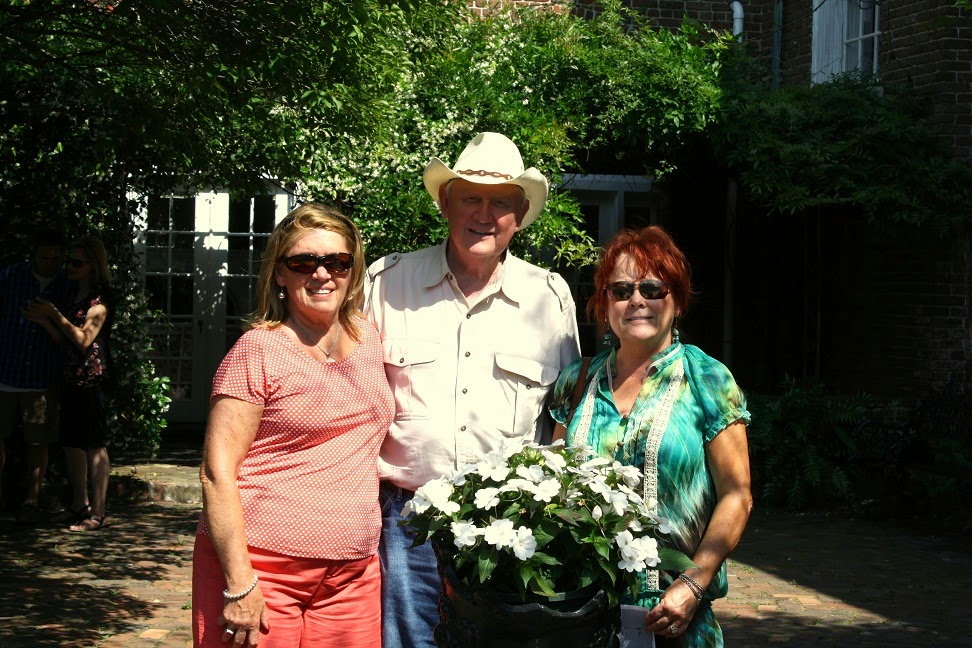 We also took a little trolley tour around the current plantation (either 400+ or 700+ acres) that now remain of the maximum of 4000+ acres and we were informed and entertained by a driver who really likes his job.  He told us that Live Oaks were a coastal tree which I had not realized. 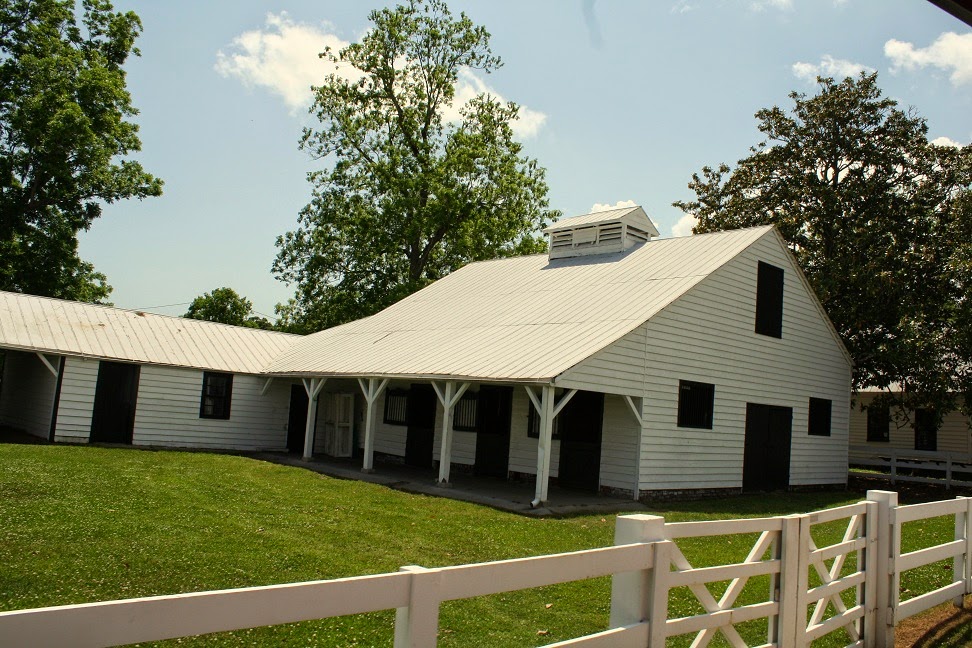 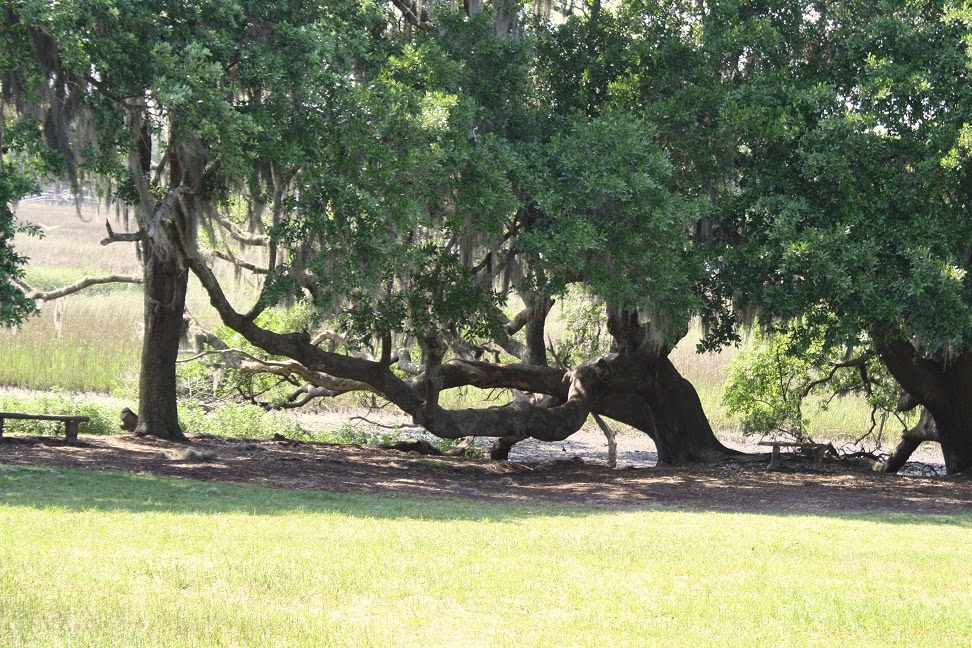 After the tour, we met up with the others and went back to Seewee for another delicious meal.