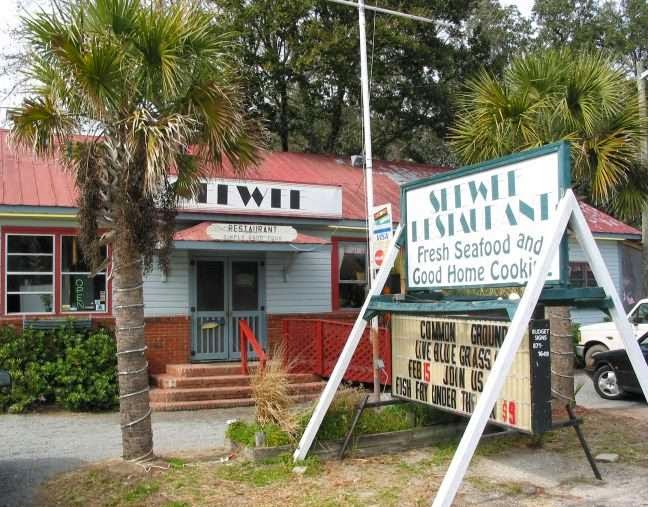 The restaurant has two rooms and a patio and this is the entry room - the kitchen is to the left. 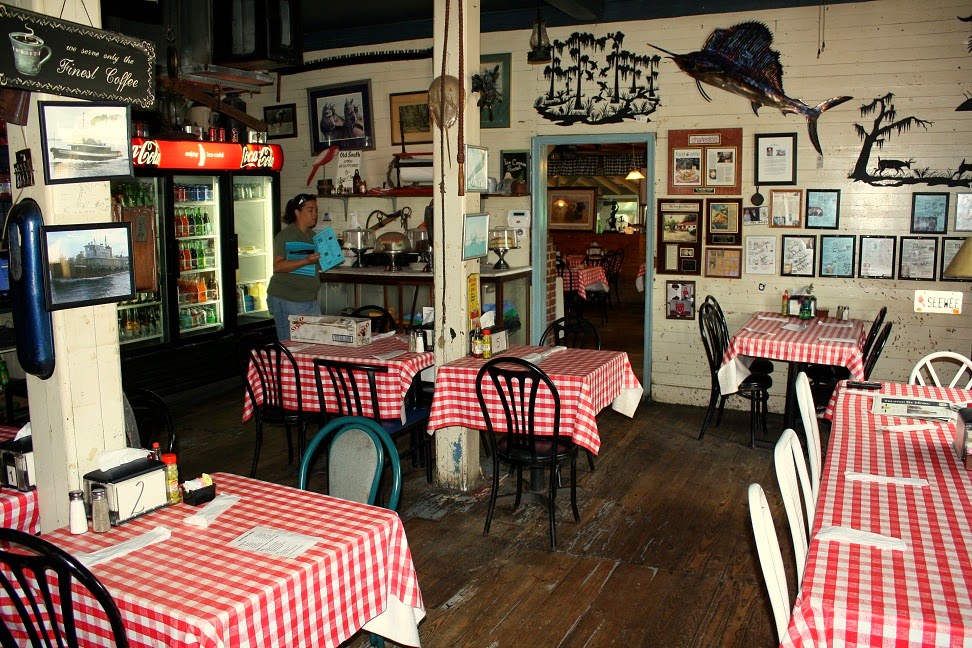 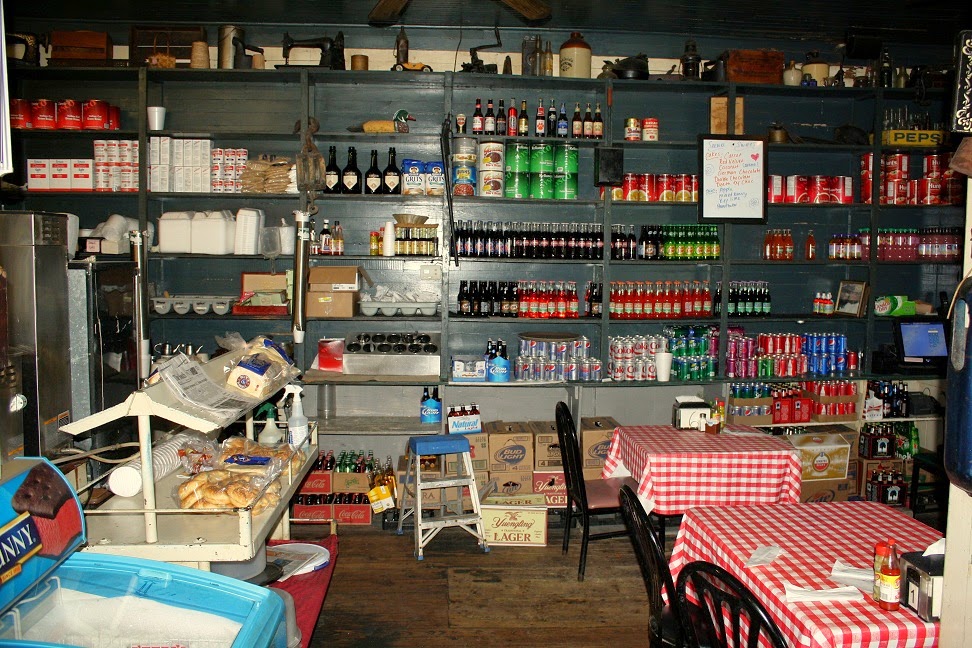 And this is the back room where we ate with the patio on the other side of the windows. 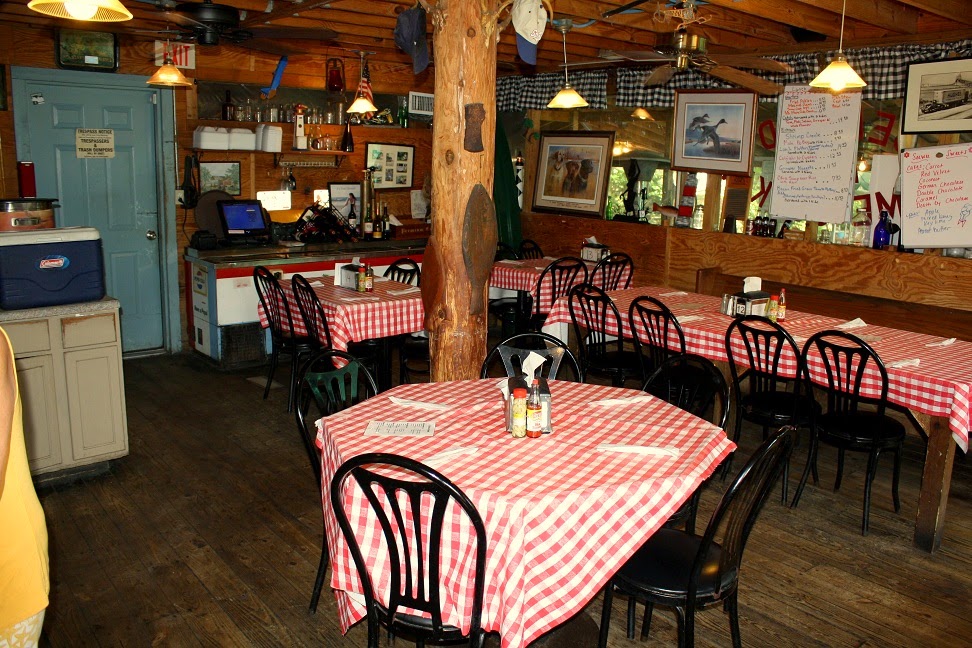 As soon as I walked in I said "this is my kind of place" - I love dives.  While they are primarily a seafood restaurant, they have stuff for land lubbers as well, but I didn't even look at that part of the menu.  They also had several specials and Bev and I both chose one of them - I decided to go with a heart healthy meal of fried catfish, fried oysters, fried green tomatoes, and onion rings. 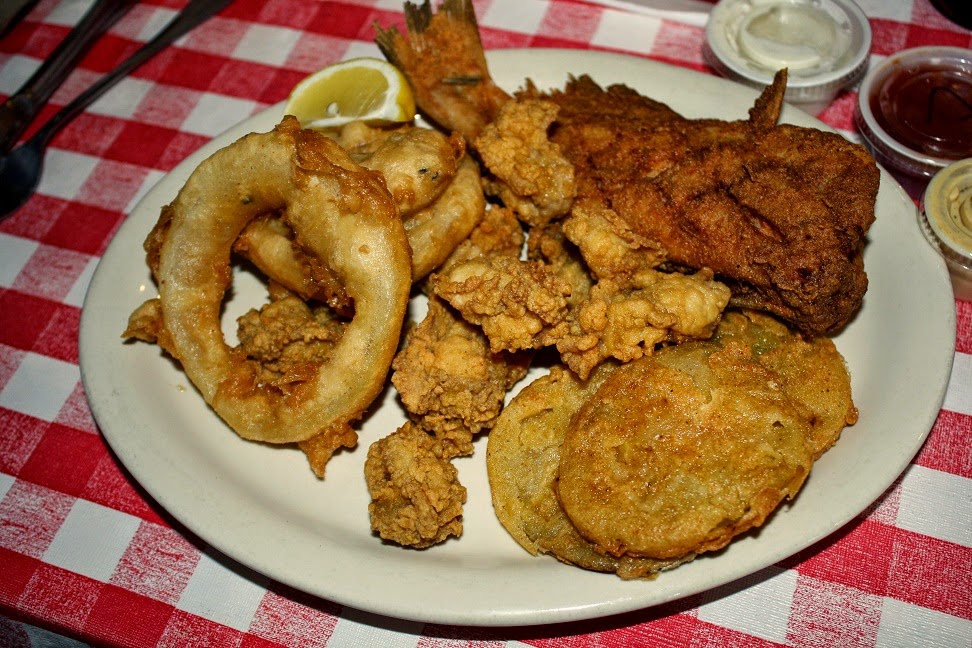 I really liked all of mine but the two sides could have stayed in the fryer a little longer.

Bev ordered the Bacon Fried Green Tomato PoBoy with oysters and a side of fried okra.  We thought it would be green tomatoes fried in bacon fat but not so,  It was a big bun full of green tomatoes and oysters and topped with bacon.  It was huge and I had to chuckle when the server set it down in front of her - I finished it for supper. 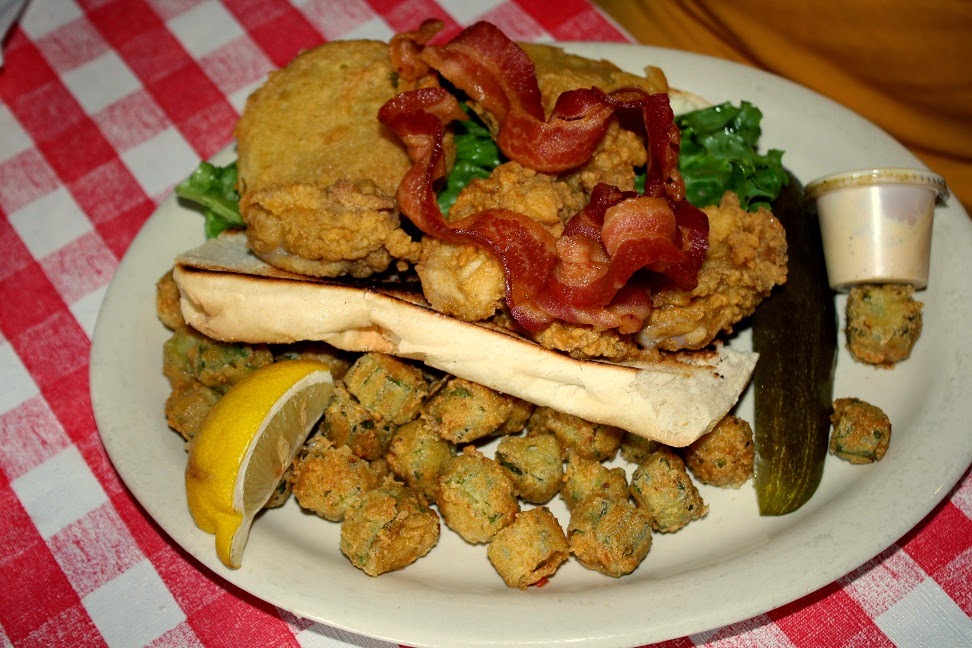 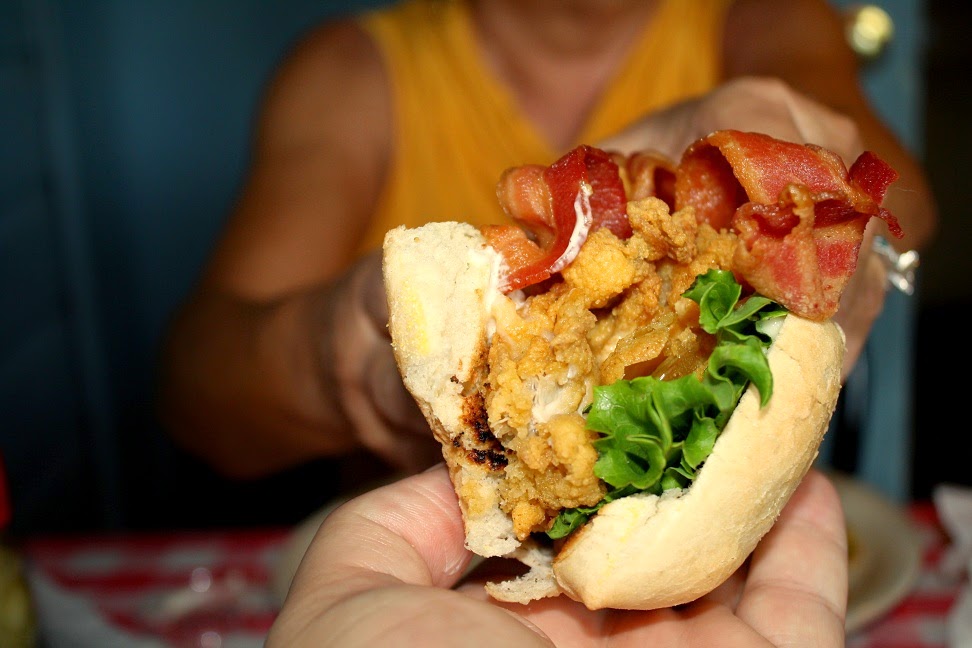 She thought it was very good and the okra was some of the best ever – lightly breaded and cooked just right.  Bev said next time she may just order a plate of it.  This was a definitely-go-back-to place.