I wanted to make mac & cheese for Madison and me and searched the recipes I had on hand plus others I found on line, and there are lots of them.  I decided to use the cheese I had in the fridge so I was mostly interested in proportions and ended up with this:

The cheeses I used were a 1”x1”x4” piece of beercase, a 1”x2”x4” piece Fontina, a 2” wedge of something from the Marco Island farmers market from back in November, a cup of pepper jack, and some sharp cheddar.

Over an eight quart measuring cup, I shredded all of the first three cheeses, a cup of pepper jack, and up to the six cup mark with cheddar.

Then I made a roux, added the milk, cooked until thickened, stirred in the cheese and mixed with the al dente pasta.  I poured the mixture into a greased casserole, topped with bread crumbs, and baked until the sauce was bubbly and the top was browned (about 45 minutes). 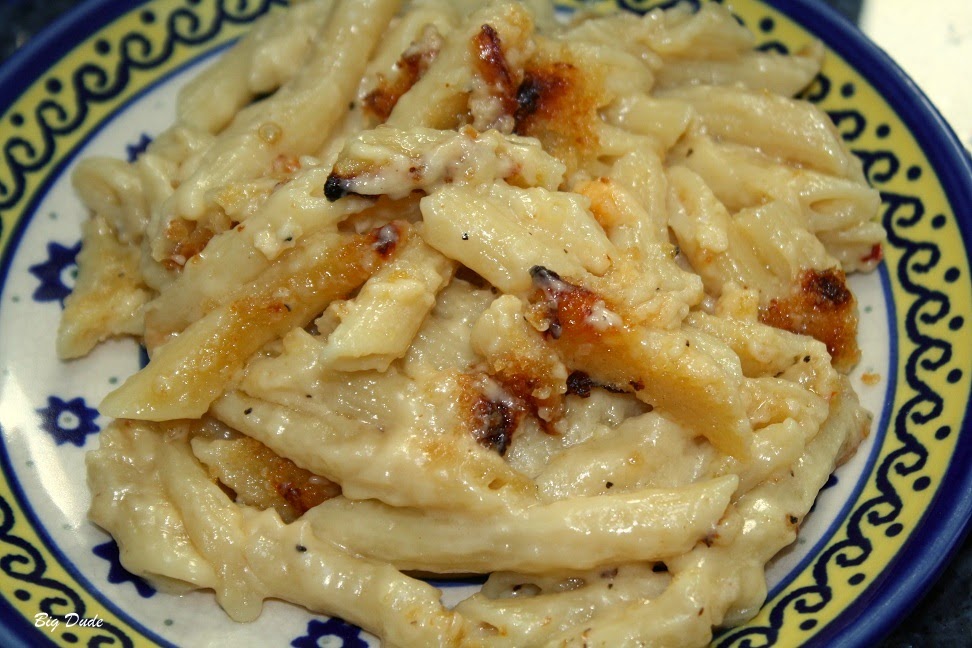 It tasted very good, but, as can be seen from the photo, didn’t have the really gooey consistency I like in mac & cheese.  I noticed several recipes contained eggs, but I think the real key may be to always add some Velveeta - your thoughts appreciated.  Also, this would have been too much milk for an unbaked version.