I’m not sure I ‘d ever had this dish, but Madison ordered it the other day in a restaurant and our friend Ashley wanted to make it for us before returning to Purdue, where she’s working on her PhD.  She used a recipe from her America’s Test Kitchen Cookbook, but she opted for making fresh noodles.  While Ashley prepped for the dish, Bev whipped up a batch of pasta using the recipe from Mario Batali.


Here are the pasta makers at work - the Rowoco machine seems to do a good job.  After rolling it out to a thickness of 5, we ran it thru the linguini die. 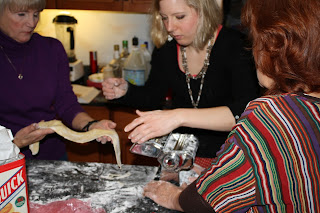 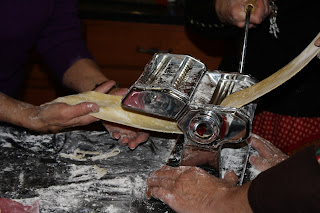 Ashley got all of her ingredients prepped prior to beginning to cook and as best I can tell we should have invited the neighborhood – she made double the recipe below. 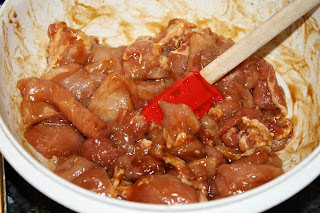 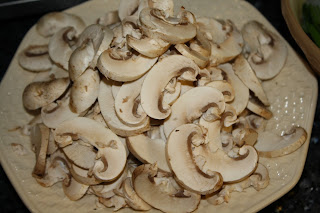 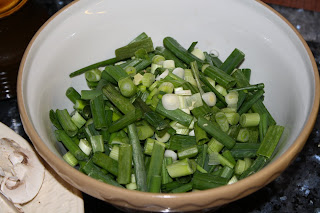 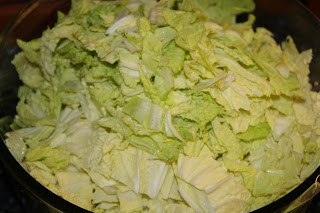 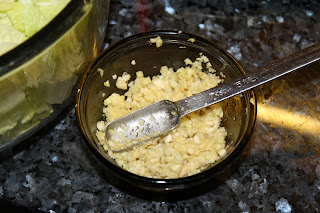 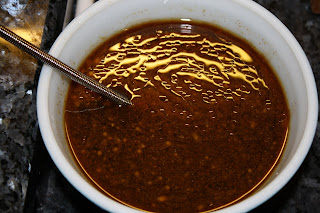 ﻿
Ashley used the cookbook, but I found a slightly modified version on the web at Laine’sRecipe Box so I didn’t have to type it from the book.  I made a few changes to Laine’s version to make it more like the cookbook.


Directions:
1. Bring 4 quarts water to boil in Dutch oven over high heat.
2. Whisk soy sauce, oyster sauce, hoisin sauce, sesame oil, and five-spice powder together in medium bowl. Place 3 tablespoons soy sauce mixture in large zipper-lock bag; add pork and liquid smoke, if using. Press out as much air as possible and seal bag, making sure that all pieces are coated with marinade. Refrigerate at least 10 minutes or up to 1 hour. Whisk broth and cornstarch into remaining soy sauce mixture in medium bowl. In separate small bowl, mix garlic and ginger with 1 teaspoon peanut oil; set aside.
3. Heat 2 teaspoons peanut oil in 12-inch cast-iron or nonstick skillet over high heat until just smoking. Add half of pork in single layer, breaking up clumps with wooden spoon. Cook, without stirring, 1 minute. Continue to cook, stirring occasionally, until browned, 2 to 3 minutes. Add 2 tablespoons wine to skillet; cook, stirring constantly, until liquid is reduced and pork is well coated, 30 to 60 seconds. Transfer pork to medium bowl and repeat with remaining pork, 2 teaspoon oil, and remaining 2 tablespoons wine. Wipe skillet clean with paper towels. 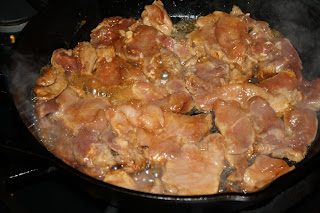 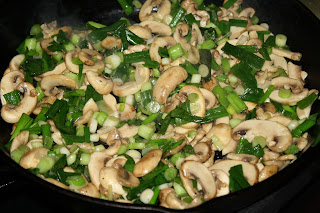 
This is it in the bowl ready to serve but I didn’t get any plated shots. 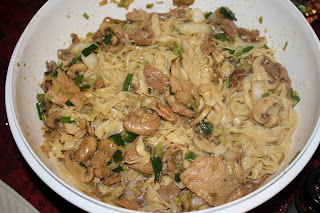 We all enjoyed the dish but had differing reactions to it.  Bev thought it needed something and added crushed pepper to hers while I thought the spice/sauce mix overwhelmed everything else, so it is obviously very eater dependent.  One thing we all agreed on was the fresh homemade pasta was outstanding.