Grouper Sandwich And A Mouser

We had three nice grouper filet pieces in the freezer that needed to be used so we invited our neighbors down and made fish sandwiches.  We first thought fried but opted for a healthier grilled fish and selected a recipe from Emeril Lagasse that sounded very good.  I made double the recipe below for our three fillets and it was just the right amount.  Not sure which Paul he’s referring to but suspect Prudhomme. 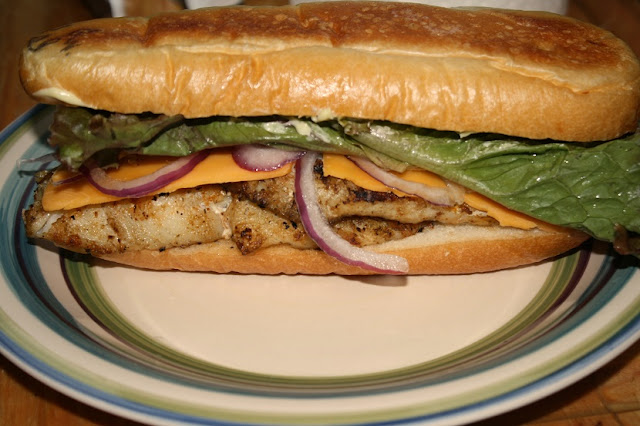 Directions:
Preheat the grill to medium-high.

In a small bowl combine the butter, garlic, Parmesan, Essence, and olive oil and whisk to combine.

Lay the fillets on the grill, scale side down, and brush generously with the melted butter mixture. Close the grill cover and cook for 3 minutes. Open and brush again with the melted butter mixture. Repeat this process until the flesh is firm and opaque, for a total cooking time of about 12 to 15 minutes for this size fish. The last minute of cooking time, sprinkle with the fresh herbs.

Add a little cheddar cheese, onion, lettuce, and tartar sauce or mayo and you have one fine sandwich – they were a big hit.

I’ve posted before about how effective Kitty is as a mouser but living in the country, we also have a good many native mousers as well and when we went into the garage this guy was laying in the floor. 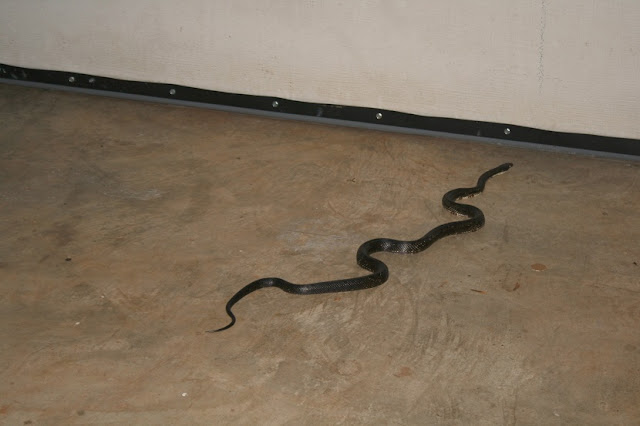 With everything closed I, I’m not sure how he got in – either through the cat door or he’s been inside since the last time the door was left open.  Since he had some white underbelly I think he was a common King Snake which are very common here - he was about 6 feet.  I’m glad he is around as they are the mortal enemy of, and will kill, the also common-around-here Copperheads.  I just opened the garage door and he slithered on out into the driveway. 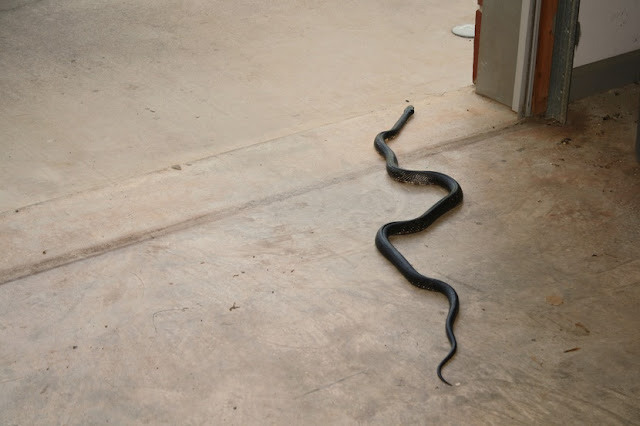