My hip surgery came off without a hitch on Monday and the doctor advised that it was in very bad shape.  Here is the amazing part - I had total replacement of a major joint and less than 24 hours after leaving the recovery room, I was home sitting in my easy chair.  What a difference the newer anterior procedure makes.

And now for the roast. While perusing the meat counter at the local Food City recently, Bev spied this Italian Beef Eye Round Roast and decided we had to give it a try.  It is a pounded thin eye of round that has been stuffed with ham, pepperoni, spinach, and cheese then coated wit Parmesan. 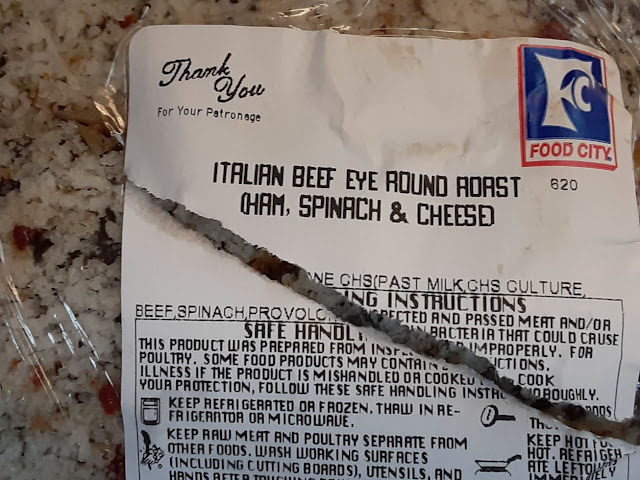 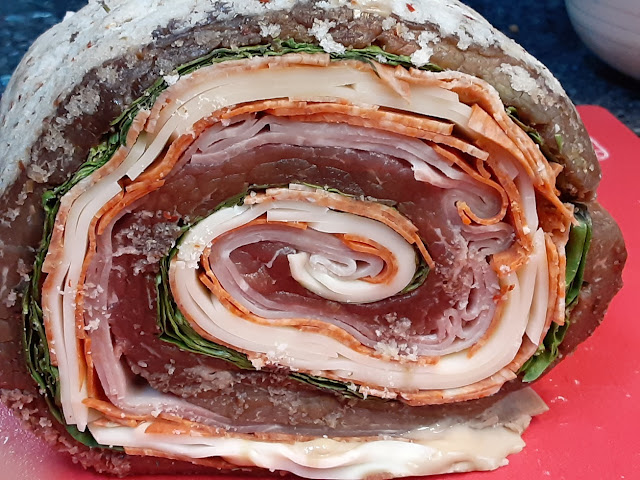 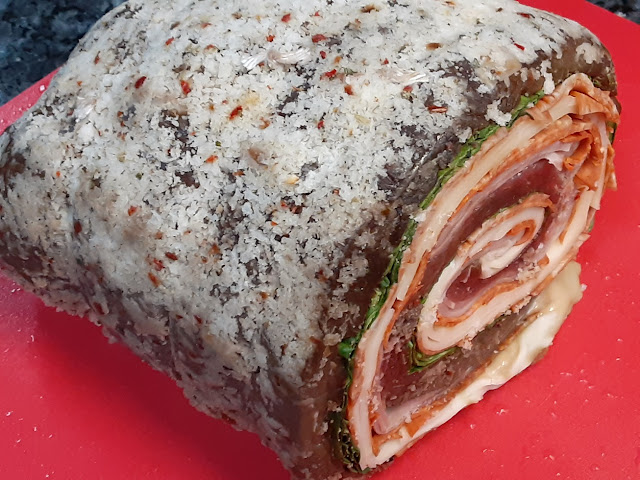 Rather than cook it covered at 375F for 2-3 hours as the butcher suggested, I decided to give reverse sear a try to minimize the well done meat thickness on the outside - I've never tried it on anything but a solid chunk of meat.  So I inserted the probe of a remote probe thermometer into the center, covered and cooked at 225F to an internal temp of 135F which took five hours.  Then, I uncovered, removed the probe, and cooked about five minutes at 375F (next time I’ll just crank up the oven to 375F and cook until the Parmesan just browns a little. 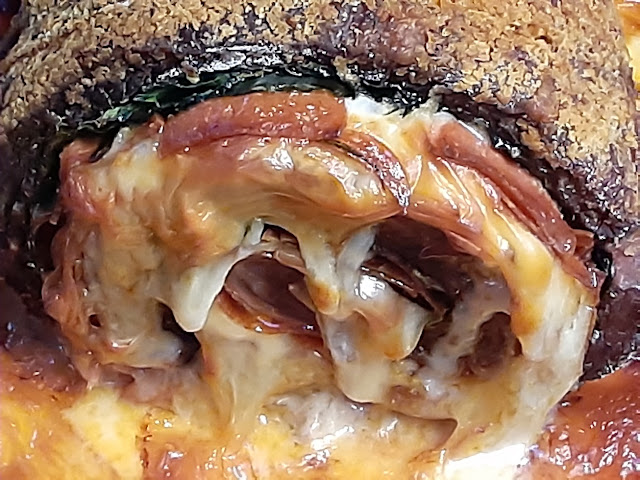 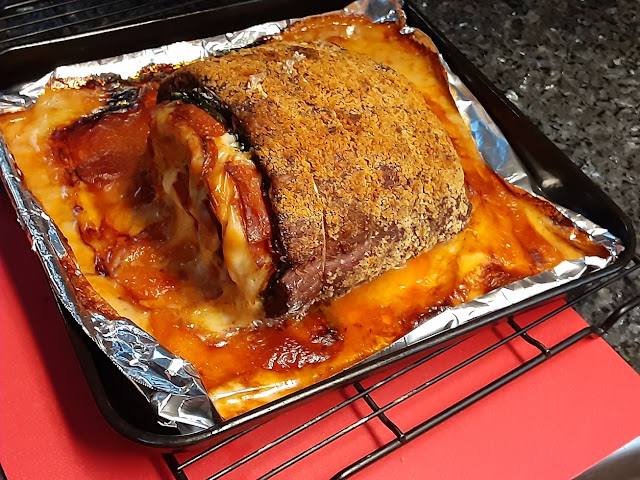 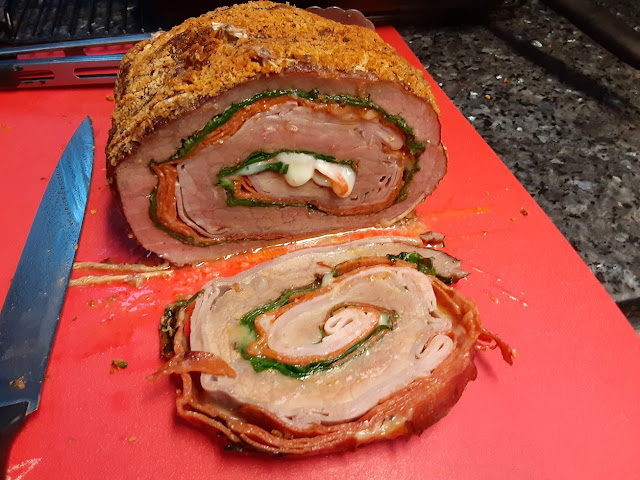 It would be perfect if there were a way to keep the cheese in – we scooped it up and smeared it on the end pieces.  We sided it with boiled potatoes and broccoli (both good carbs).  This is my plate. 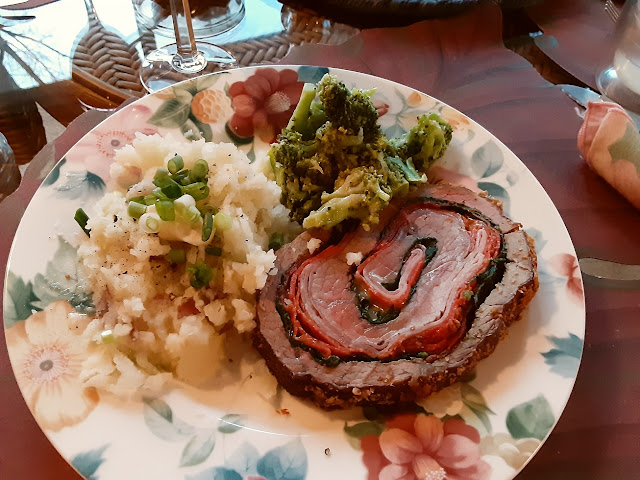 It was very good and pretty tender for beef round and we would definitely buy it again, especially since it costs just a little more than a regular roast.  It would also be pretty easy to make at home where I would Jiccard it well to tenderize.  Even with using the reverse sear method, the outside ring of meat was well done an some was perhaps due to cooking at 375F longer than needed.